after traveling through different cities across europe, lithuanian artist ceslovas cesnakevicius took note of the peaceful interaction between people of different cultures and nationalities. this level of good-natured tolerance towards others led cesnakevicius to consider the different kinds of things that could appear in a city, without locals even noticing something is amiss. these musings brought the artist to this recently-completed photographic series titled ‘the zoo’, where wild animals seemingly land in the middle of london, paris, barcelona, berlin and amsterdam without reason. on the streets of some of the most visited european cities in the world, a family of penguins emerges from a subway station in paris, three zebras nonchalantly cross the road, and a gorilla peruses the shelves of a record store.

cesnakevicius’ own images of the cities has been photographically manipulated to include the diverse set of animals. while ‘the zoo’ can be interpreted at as an amusing and surreal series, the larger tone of the collection speaks about societal tolerance and the unity that could be experienced in all corners of the globe. 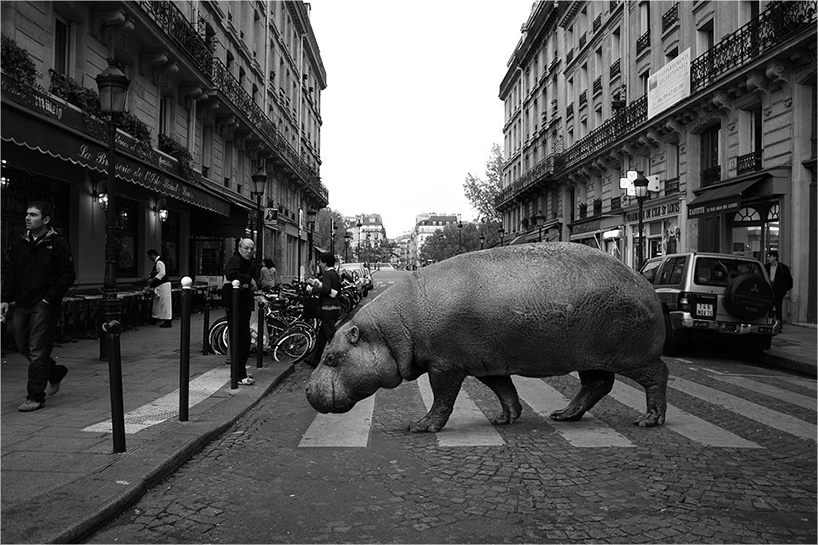 a hippopotamus slowly makes its way across a narrow crosswalk 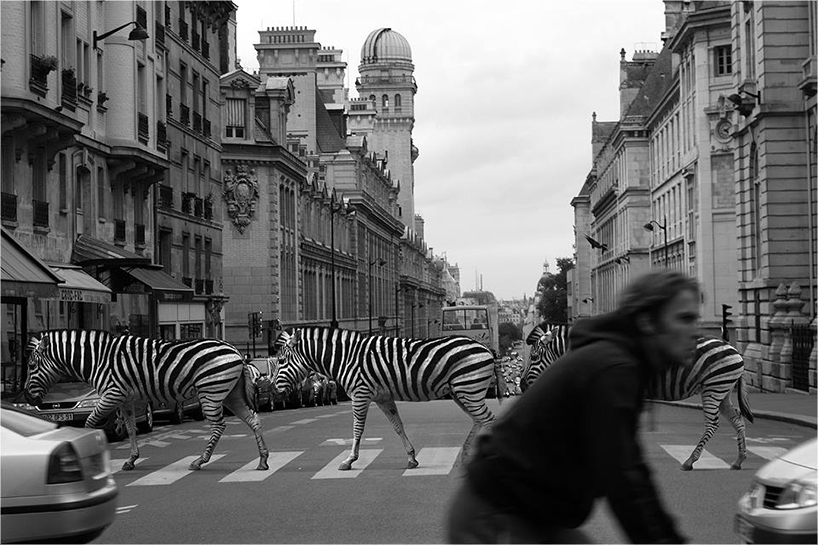 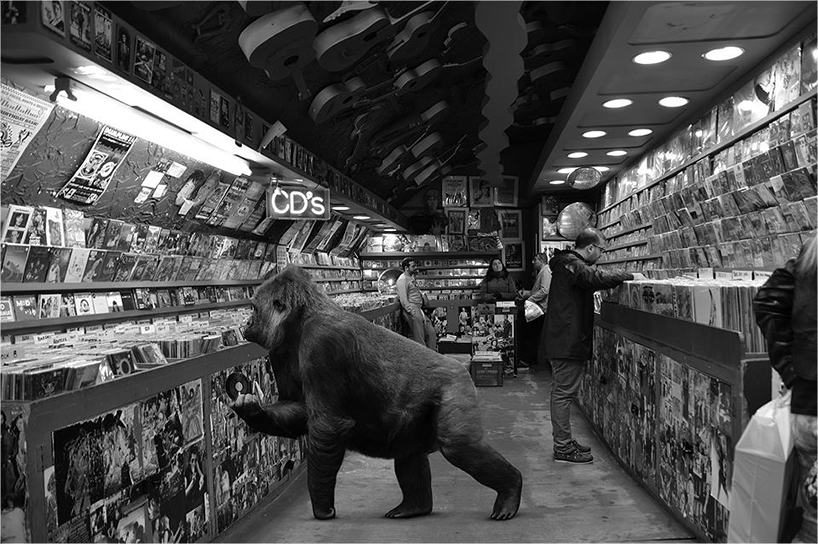 a gorilla peruses the shelves of a record store 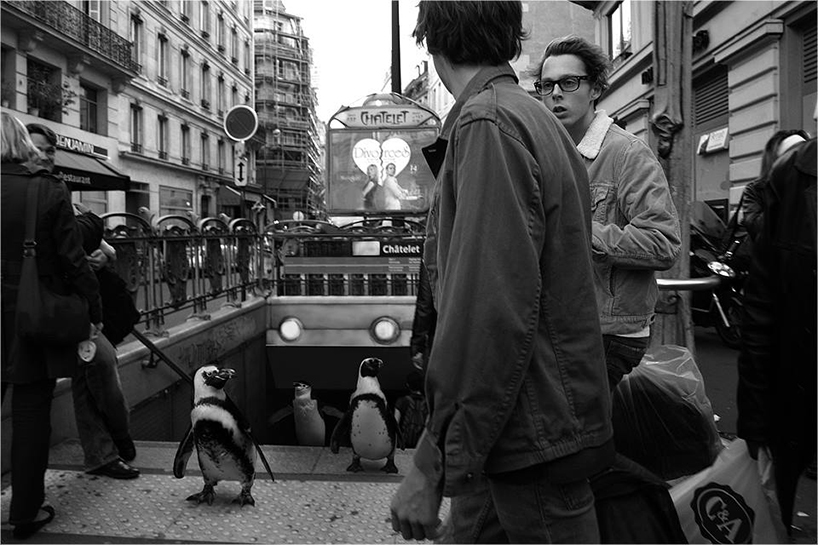 a family of penguins emerges from a subway station in paris 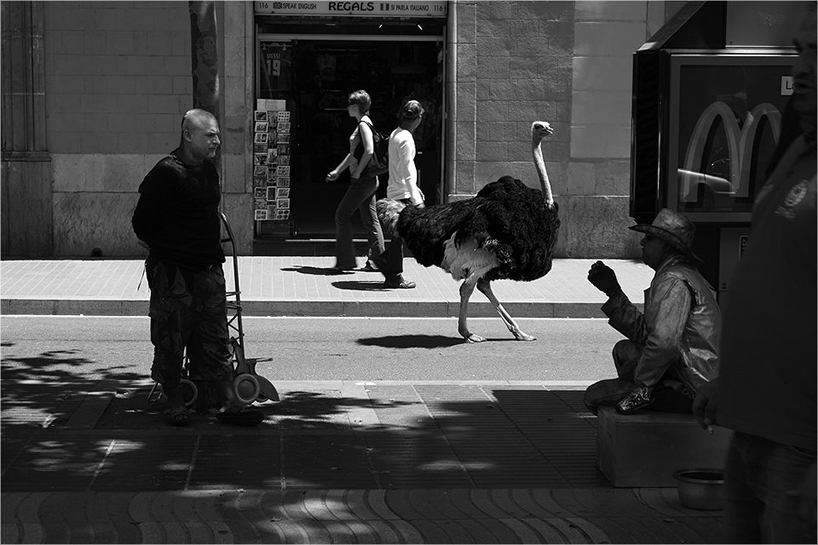 an ostrich casually walks past a small shop 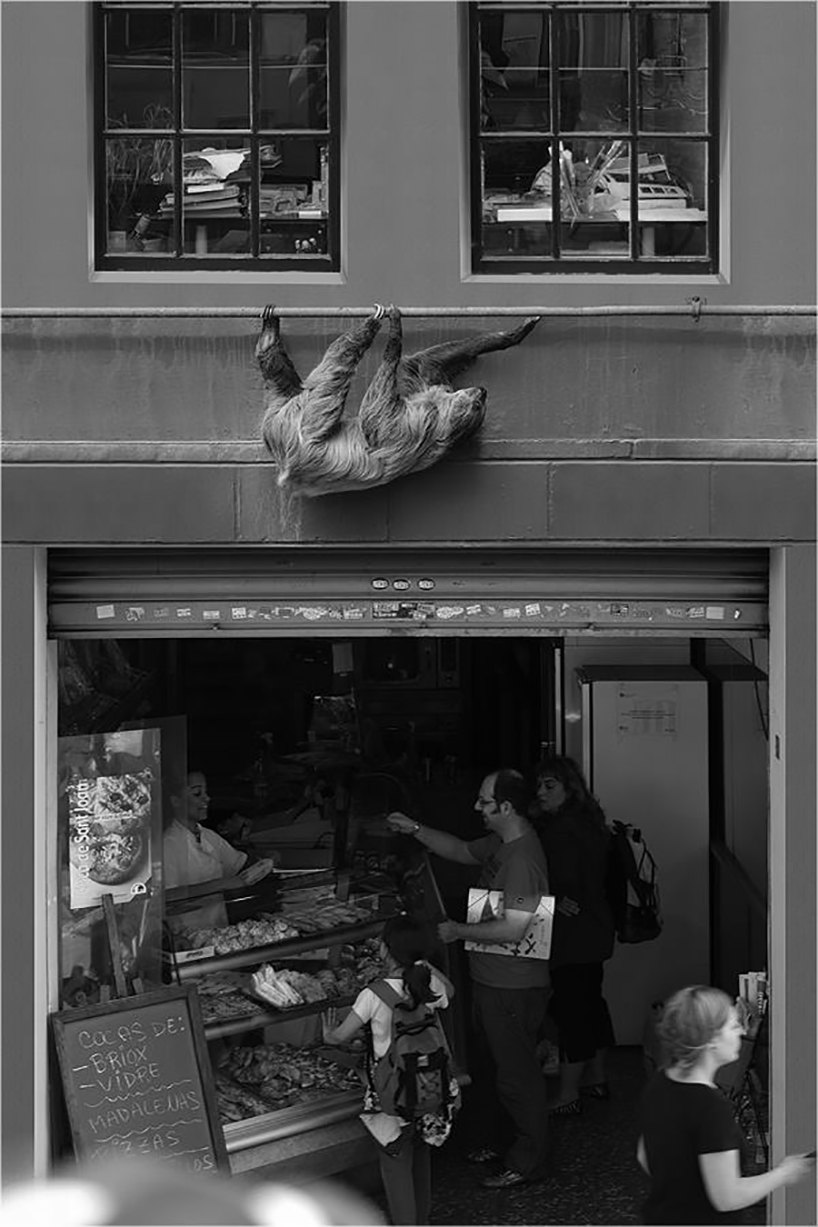 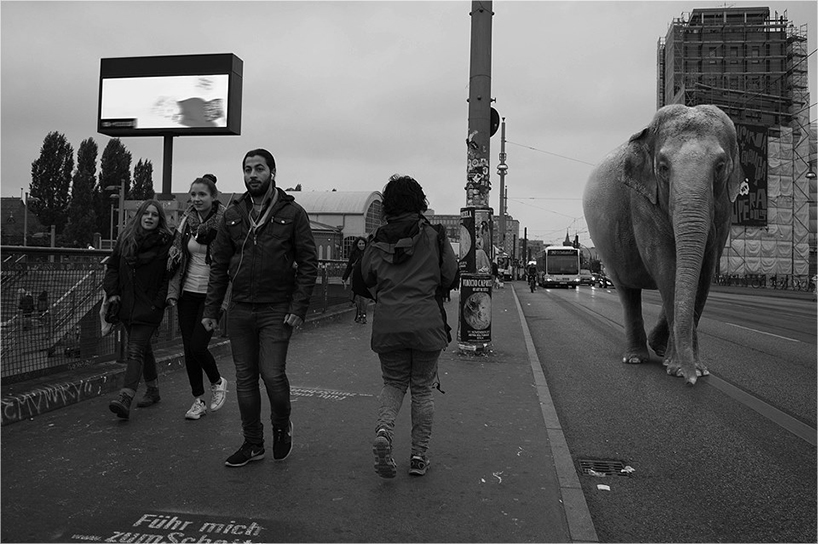 an elephant makes his way down the crowded street 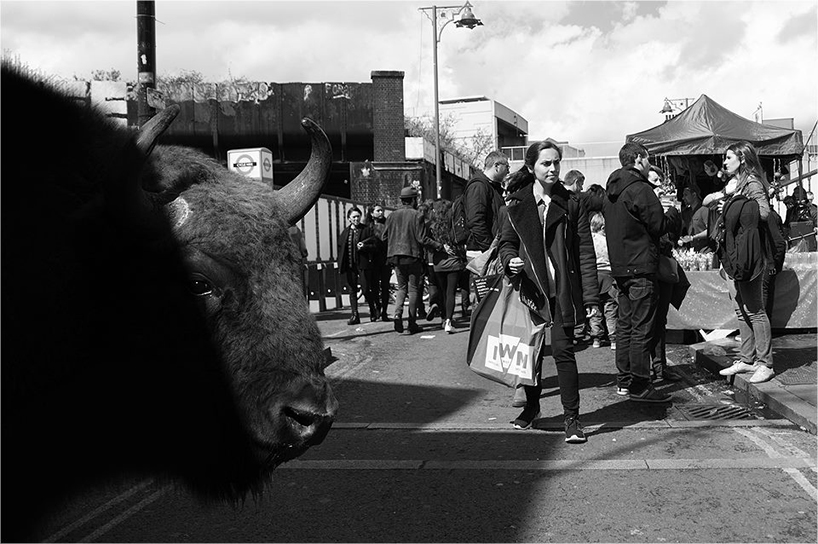 the buffalo finds itself on a busy block