dong cheng is a small suburb in china where nearly every commercial activity is responsible for the imitation of renowned, classical sculptures. italian photographer chiara goia has captured a series of images documenting the labor intensive, highly-specialized, and — to some extent — bizarre community that comprises the ‘sculptors village’. camouflaged in a thick layer of white powder that blankets the scene, the local artisans are pictured in the midst of their work day, chiseling out faux reproductions of michelangelo’s ‘david’ and replicas of the ancient greek masterwork ‘venus de milo’. strange juxtapositions manifest in photos that catalog the subject in its surroundings; an image of ‘david’ proudly standing before a traditional chinese edifice, adjacent to a worn motor bike feels undoubtedly incongruous. the craftspeople employed there carve and cut near-perfect clones of the original statues, yet their role as creators is somehow diminished by the counterfeit product they deliver. through the series, goia contemplates the boundaries between the fine arts, craft, imitation and fakes and asks, ‘couldn’t we define these people artists? aren’t the hands and the craft of these living sculptors, who are fulfilling a very physical and tangible job, making these objects?’ 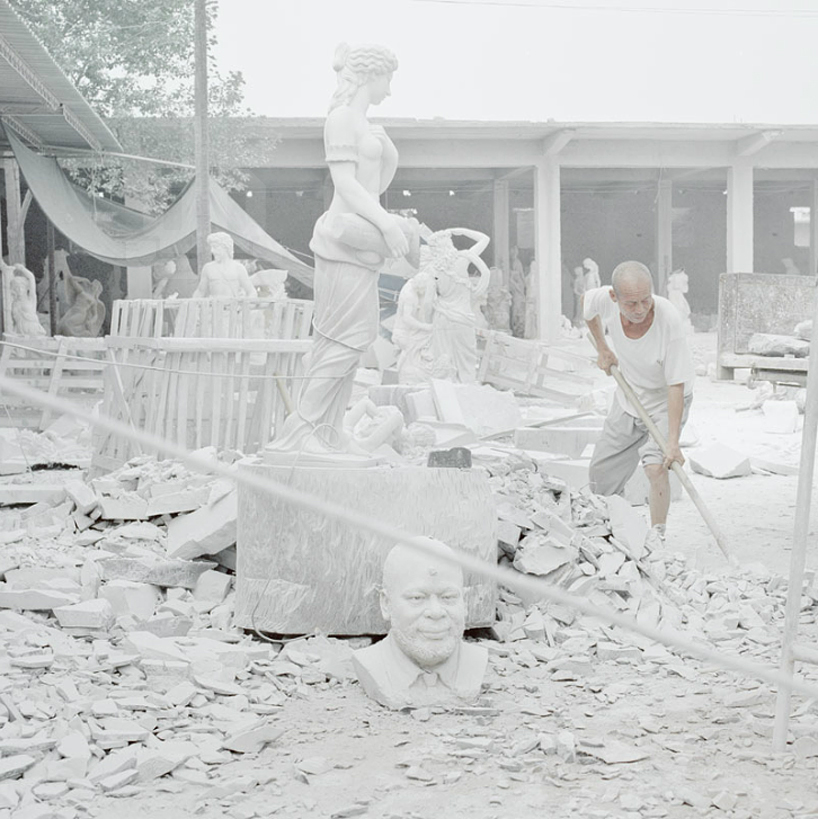 a craftsman works outside amongst broken statues craftspeople at work on reproduction sculptures 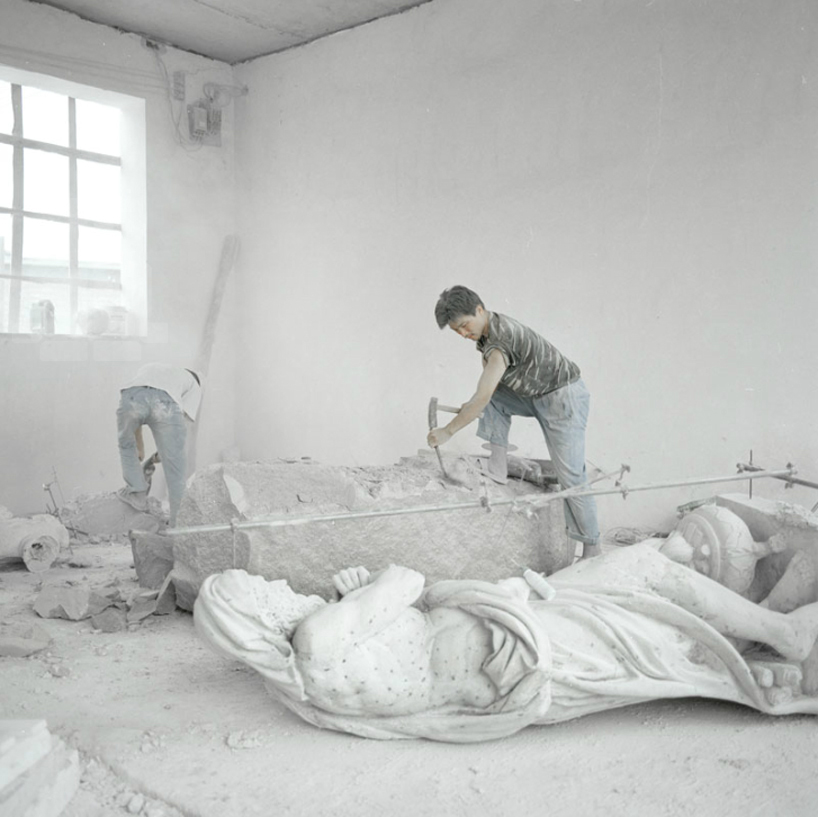 a worker chisels away at what will be an imitation statue 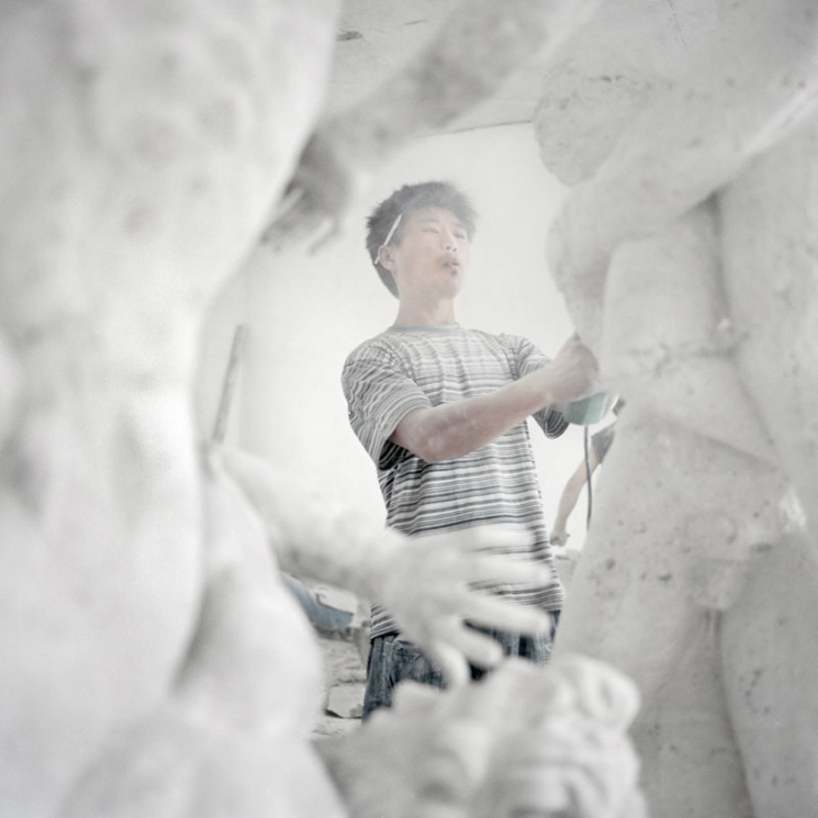 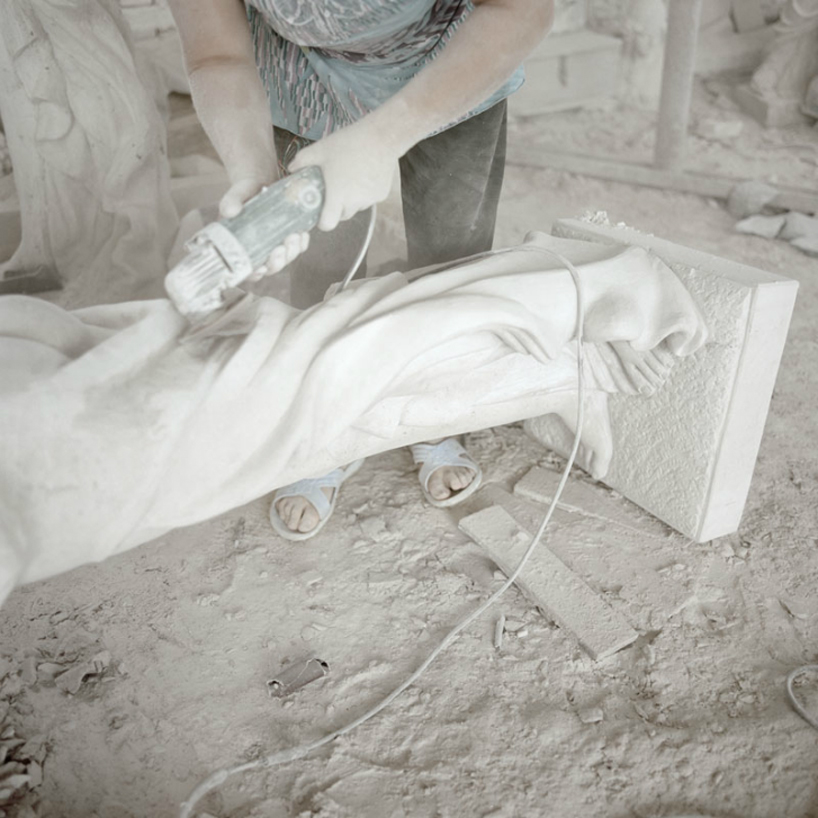 mechanical tools used to carve out the human form 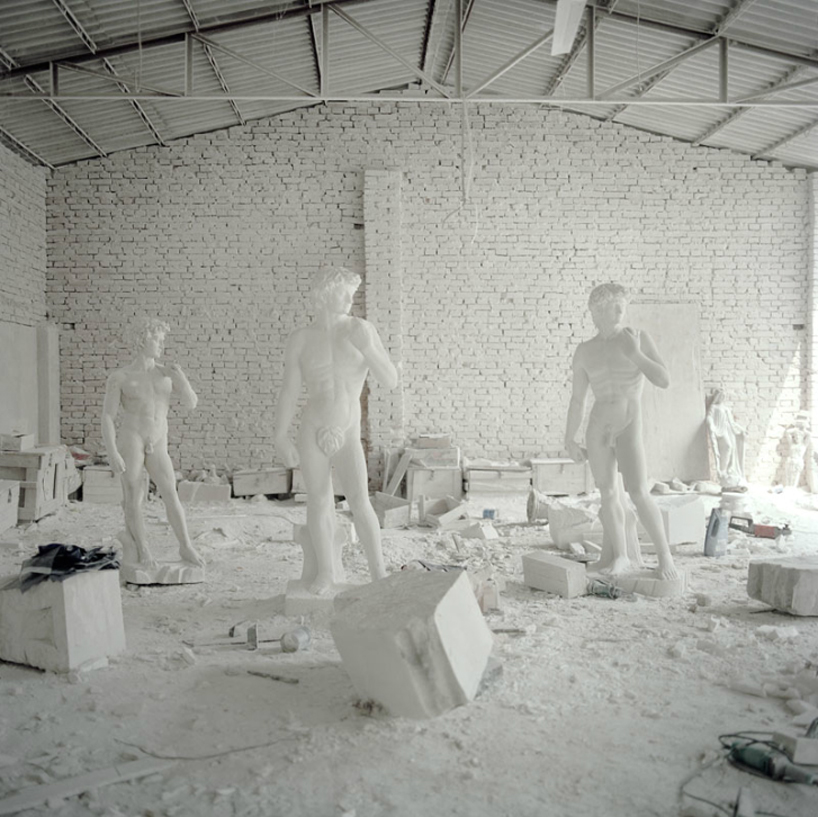 three of michelangelo’s ‘david’ stand in a row 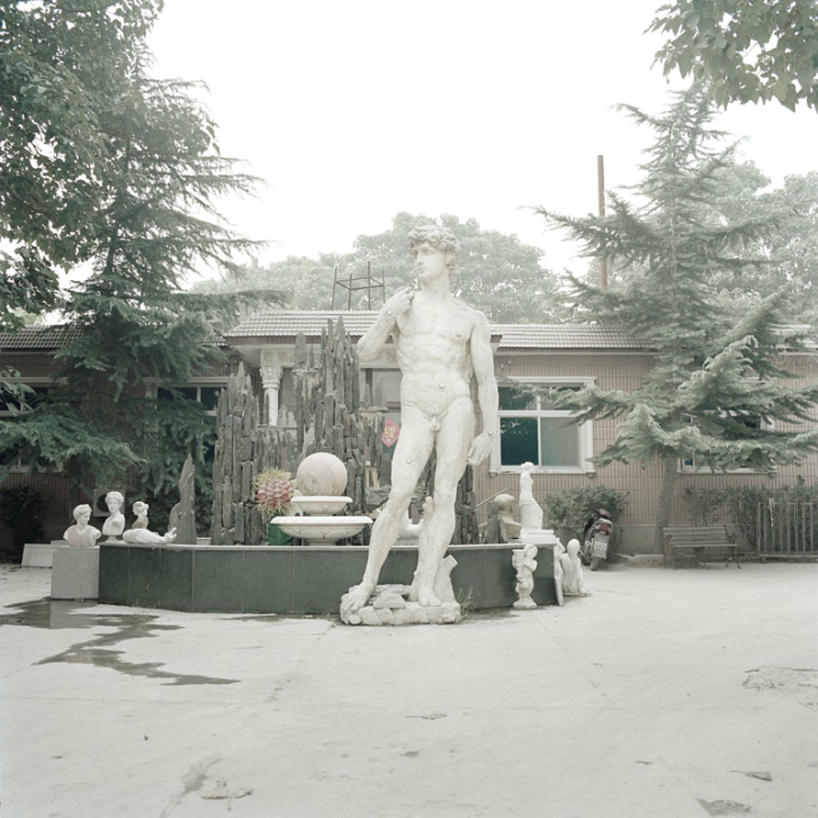 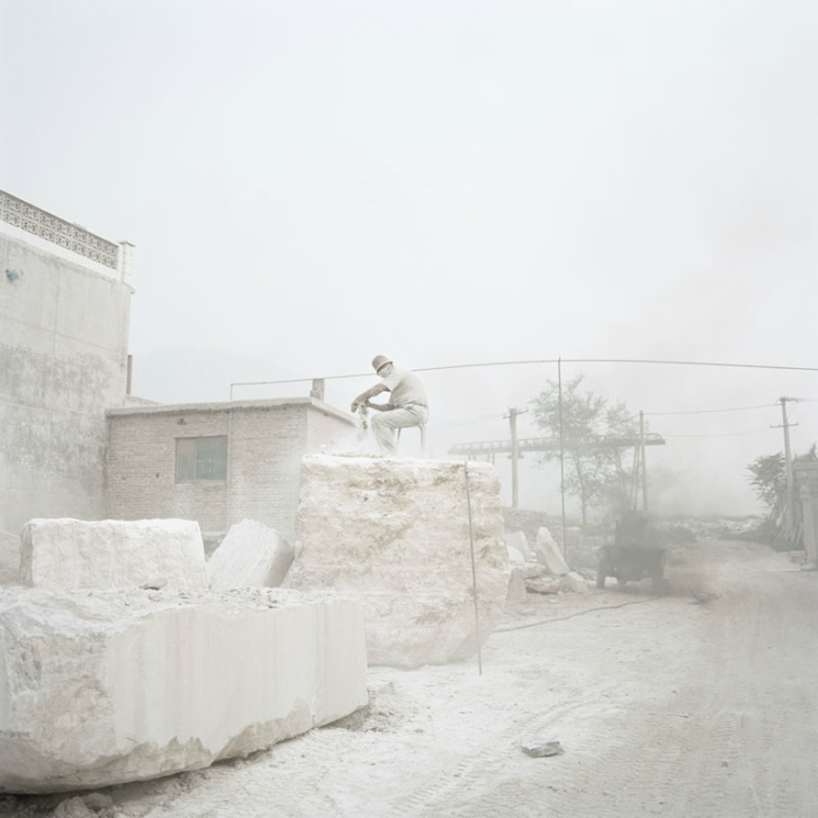 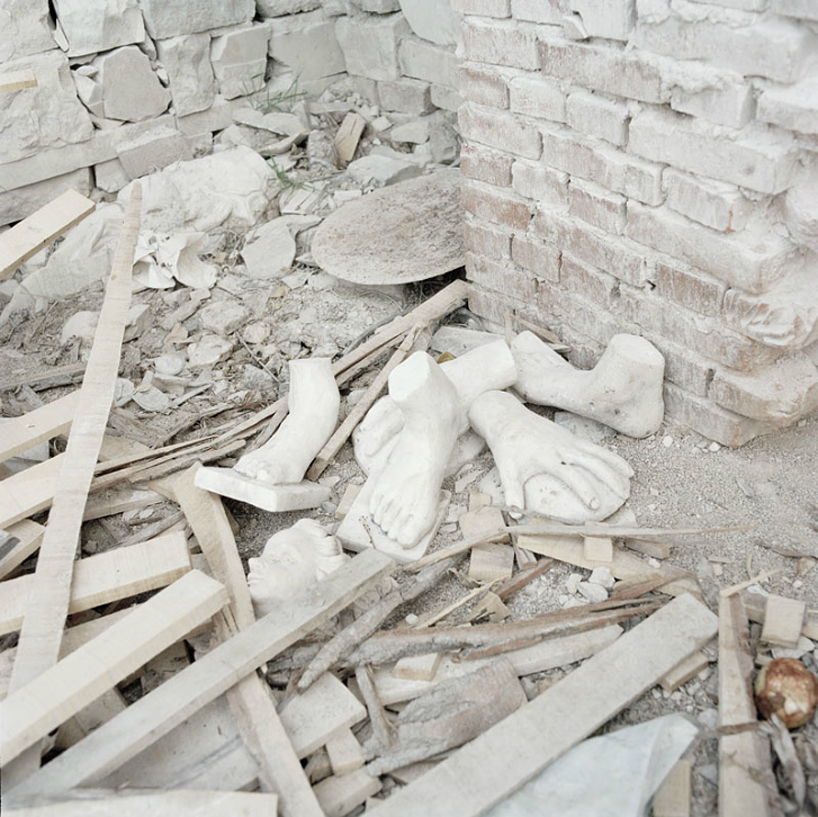 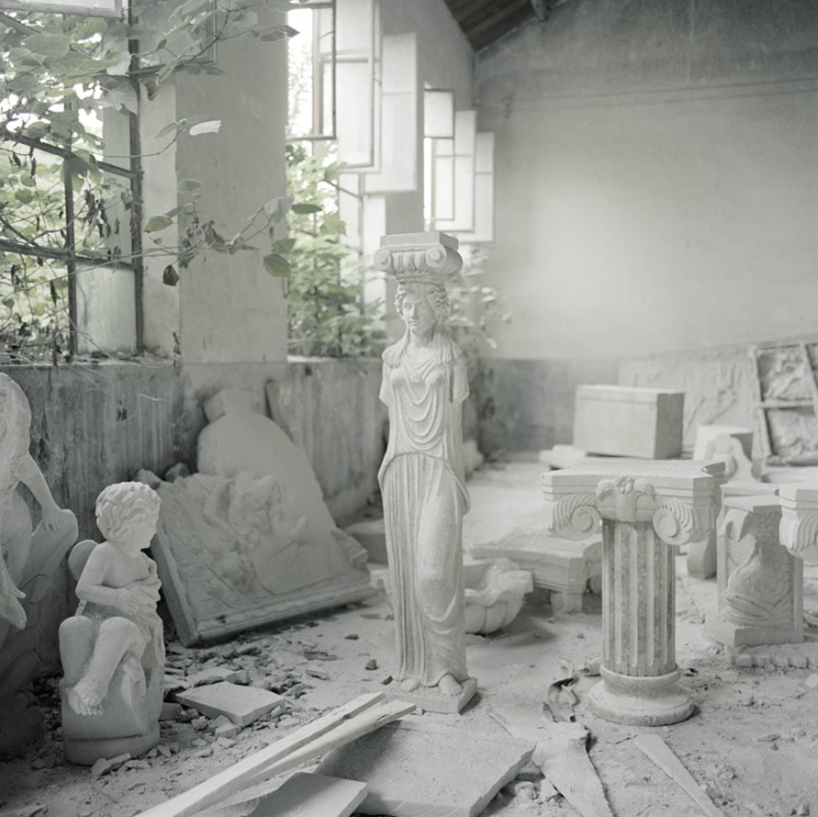 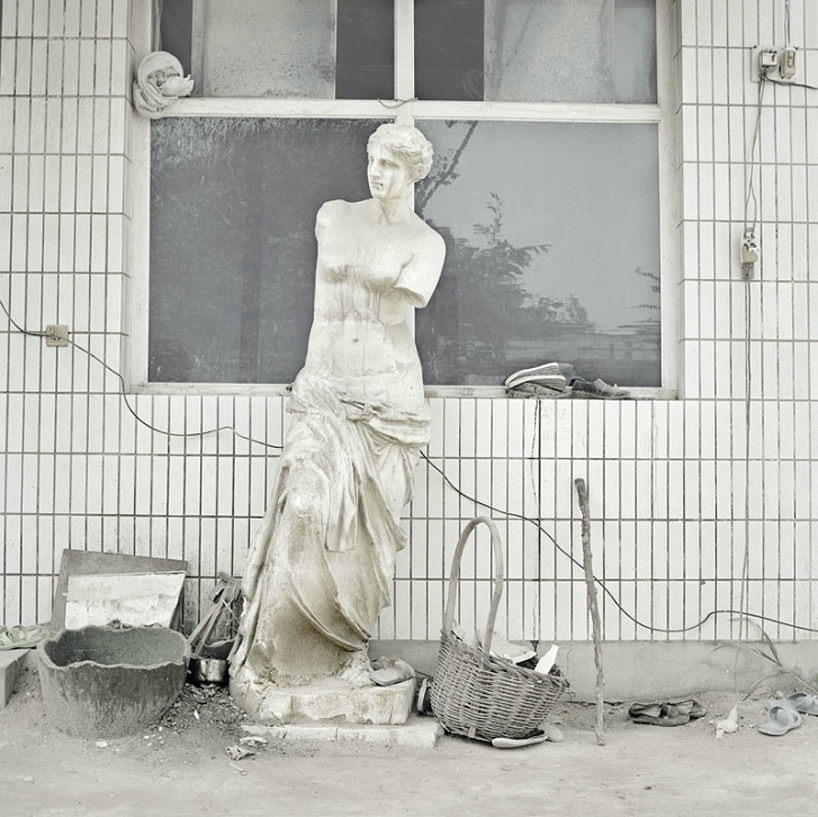 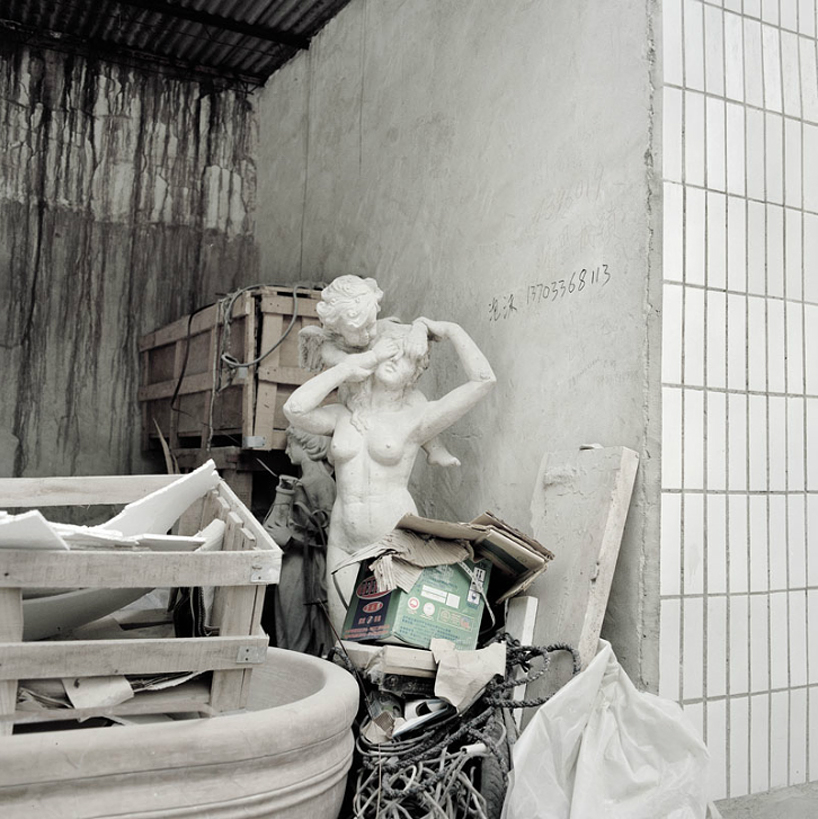 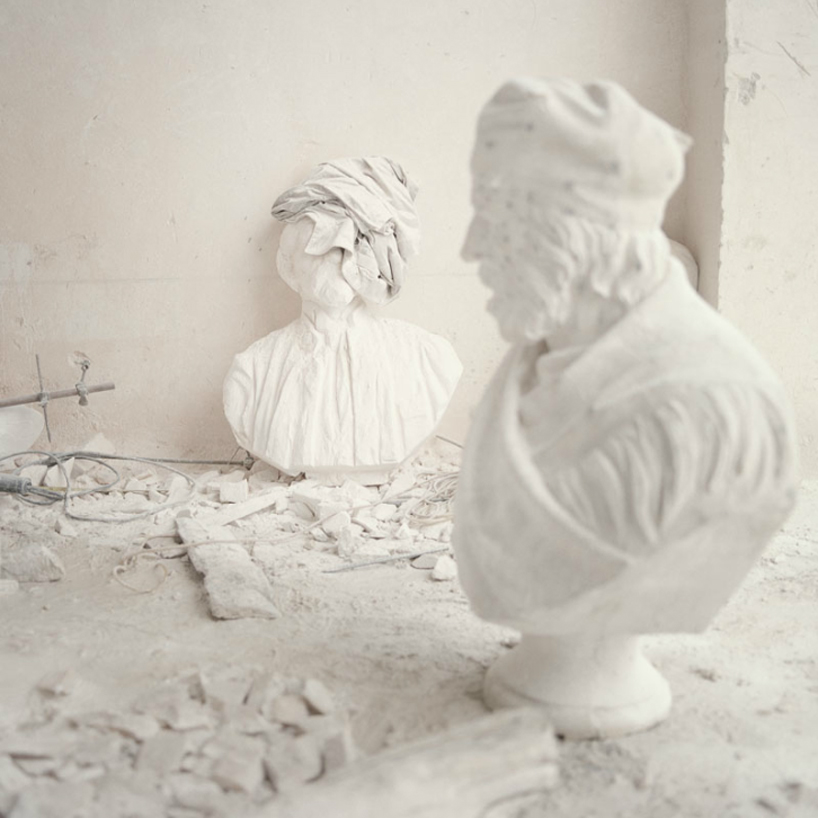