chiharu shiota was born in osaka, japan in 1972 and belongs to a generation of young artists who have gained international attention in recent years for body-related art. her education at german art schools with marina abramovic from 1996 provides a key to her pictorial language that is unmistakably oriented around the artistic solutions of the performance and installation art of the 1970s. marina abramovic along with ana mendieta, janine antoni, louise bourgeois, carolee schneemann, and rebecca horn, are the forerunners of the performative installation art on which shiota’s pictorial language builds.

are the beds ascending into the air, or descending to earth? combined with the sound of water cascading onto them, they make for a striking sensory experience. the water falls on the beds suspended in midair, flowing toward the bottom and onto the floor. 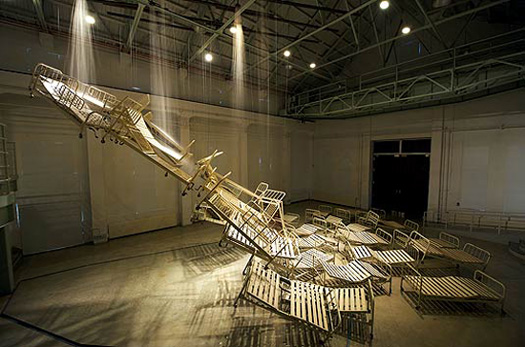 we find ourselves in a psychic space, confronted by our own unconscious, which takes form in this installation as if in a dream become real.

shiota chiharu has incorporated beds in many of her works, placing them on the other side of thick webs of black wool, embraced in black cocoons; realms of memory visible yet unattainable. but in the installation ‘flowing water’, these beds appear before our eyes, liberated. 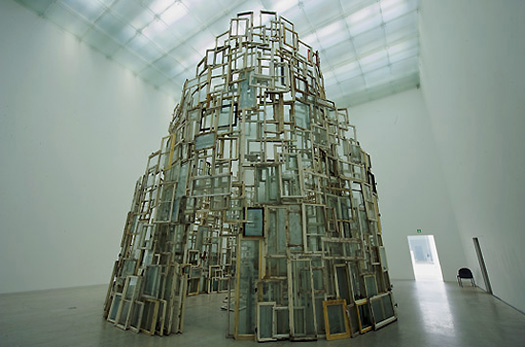 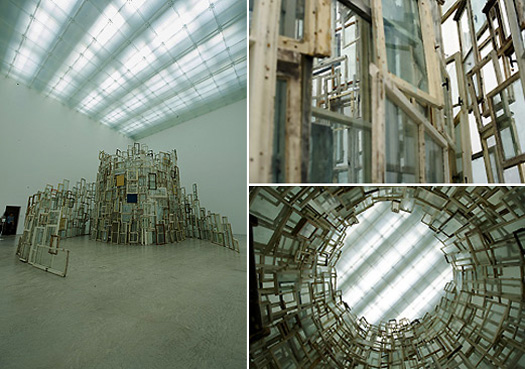 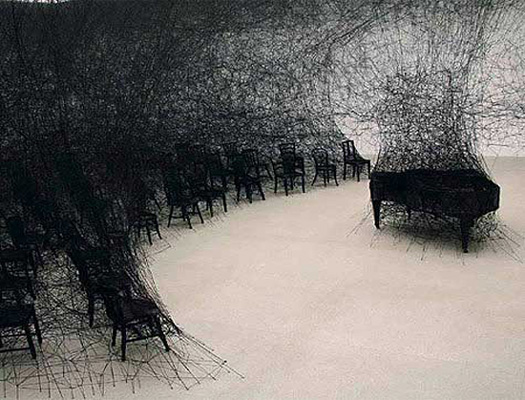 ‘in silence’ at the ‘state of being’ show at the centrepasquart, biel bienne, switzerland, 2009 a piano and chairs, defined by a network made of black wool threads. the object, the piano as once defined loses its meaning in order to represent something that cannot really be represented: the memory of the sound in a silent room. 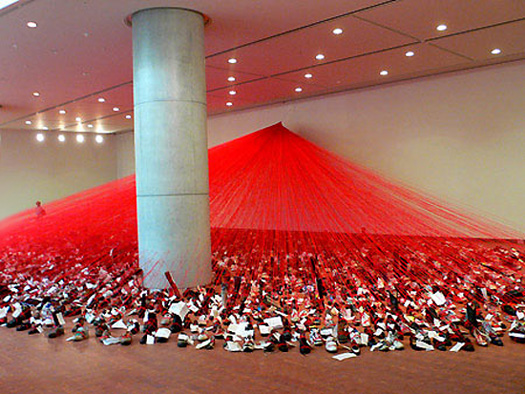 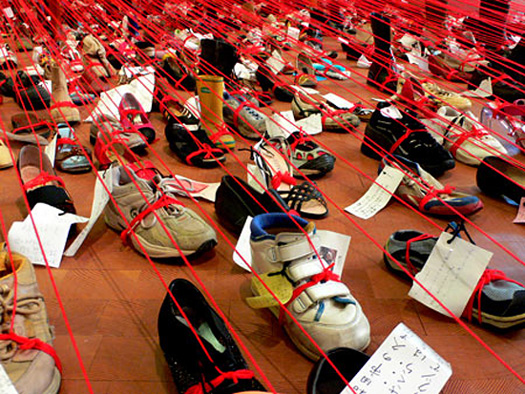 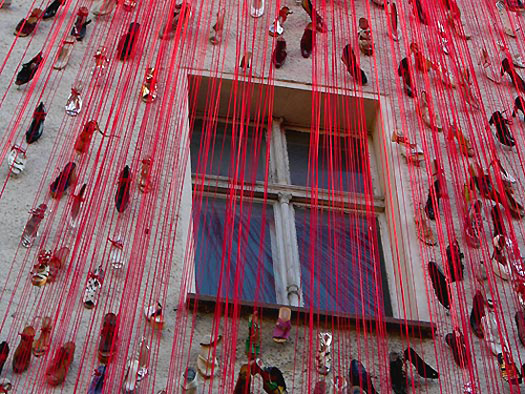 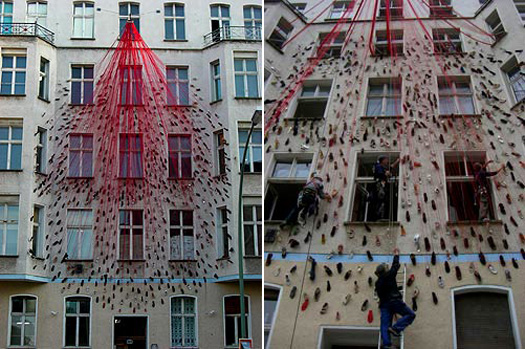 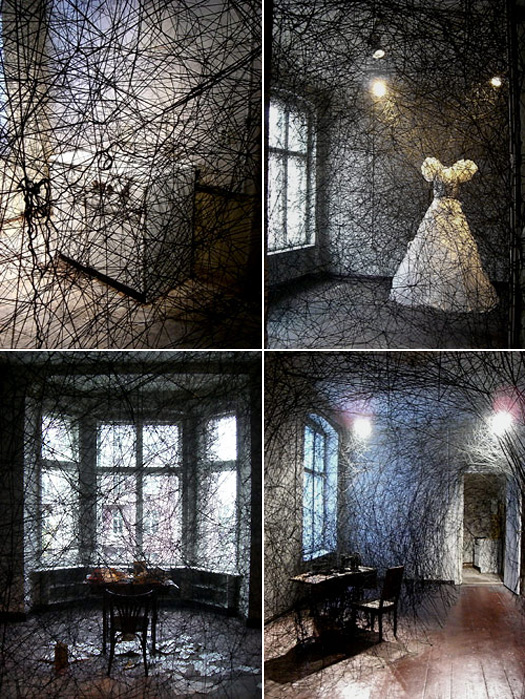 installation in an abandoned apartment, formerly inhabited by an old lady, berlin, 2008

the series began in 1996 in japan with the work return to consciousness in which shiota first created one of her webs of black wool thread that dominate the entire exhibition space and that give viewers visual but not physical access to the space. as if they were spider webs that have spread unchecked, the artist has carefully crossed and knotted her threads from floor to ceiling and wall to wall by untiring manual labor. since then, the idea of the web of strands is often present in her installations. the unusual feature here is that shiota uses her own umbilical cord to connect it by yarn to an installation of knots. her own body is thus reduced to the point where, like a cord, it integrated into the installation and thus inextricably intertwined with it. the umbilical cord stands not only for the body of the artist, who thus consciously dispenses with the creation of a concrete body image, but also for the interconnectedness of bodies. shiota takes as her theme not the division of identity but rather the dependence of the subject on its roots, which questions the western conception of individuality to the absurd. this point of view finds its artistic transformation in her spatial installations with thread that takes all of the surrounding objects and bodies and combines them into a single context and relates them to one another.