from left, liu wei, liu yi, wu yuren, zhang jun and sun yuan are among the artists protesting the demolition of their homes and studios in the northern part of beijing.

the artists’ villages gallery is one of the largest art spaces in beijing with at more than 4,000 square meters. located in songzhuang in the capital’s eastern suburbs, it houses more than 2000 contemporary chinese artists residents consisting of painters, sculptors, calligraphers and photographers. 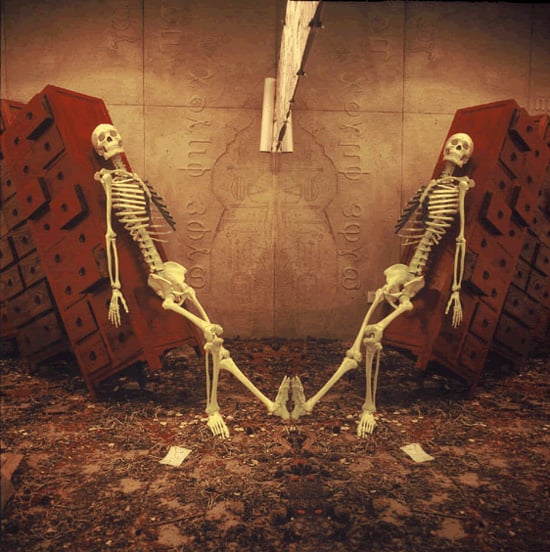 ‘big pharmacy’, mixed media installation, september 2003 wuyuren, a photographer and installation artist was one of many attacked for protesting.

wy yu ren, a photographer and installation artist was one of many attacked by masked men for protesting. 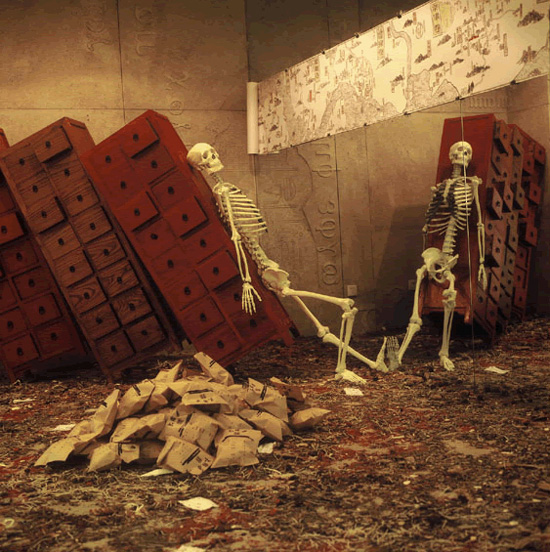 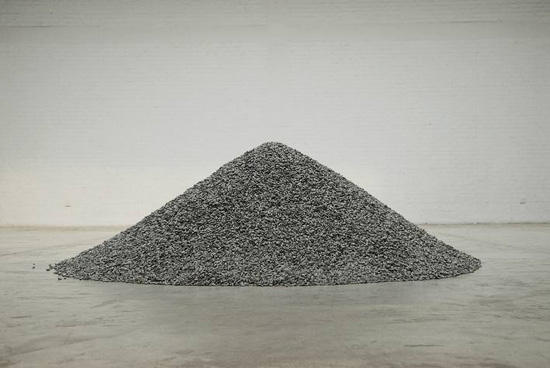 chinese contemporary artist ai weiwei sent out twitter messages to document the march towards tiananmen square. police intervened within 500 yards of his march. 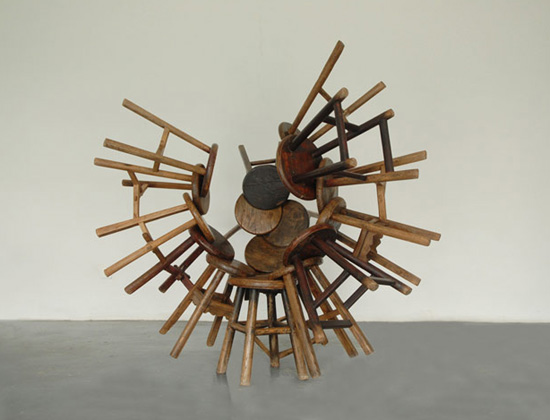 residence artists are aggrieved by the situation as they were lured to the villages with long term lease, in some cases for 20 years. for many, they have invested their life saving in renovations and are concerned by the bullying tactics from developers.

the conflict over the future of beijing’s artist village is a direct result of increasing real estate values and issues over land expropriation. this has prompted about suicides amongst many of those faced with eviction followed by extensive media coverage. only now has the government began considering the modification of the nation’s urban redevelopment regulation.

however, for the protesters who have publicly vocalized their stance on the ongoing issue, it is unclear whether their actions will alter the fate of the development threatening the artists’ villages. read more here

Jun 19, 2022
adam parker smith employs digital and physical techniques to craft sculptural series 'crush'
the carrara marble sculptures are an uncanny vision of the classical canon, as if it were run through a trash compactor.
art
570 shares
connections: +400