we talked to british illustrator chris dent about his work and love for depicting metropolises.

DB: please could you tell us briefly about the evolution of your work?
CD: I first started drawing cityscapes after taking a short course on 3D max during the second year of art school. learning this program inspired me to begin working with 3D space, form and perspective within my 2D work. my main inspiration and interest at that time was new york city, which became the subject of my first personal project, ‘manhattan’.

since then, my work has changed subtly over the last seven years and has become more focused on perspective and architectural composition. the precision of my line has also improved, which has been an important development. I like how my work gradually evolves over time through pattern and detail, whilst the subject generally remains the same.

I have set myself goals and aspirations that have helped my work develop over the years. for example working on a large scale was always something I had wanted to do but never really had the right opportunity until this year – I was commissioned to create two hand drawn wall murals, both giving me creative direction and open deadlines. working in large scale has given a new range to my work, which is exciting to see where it can lead. 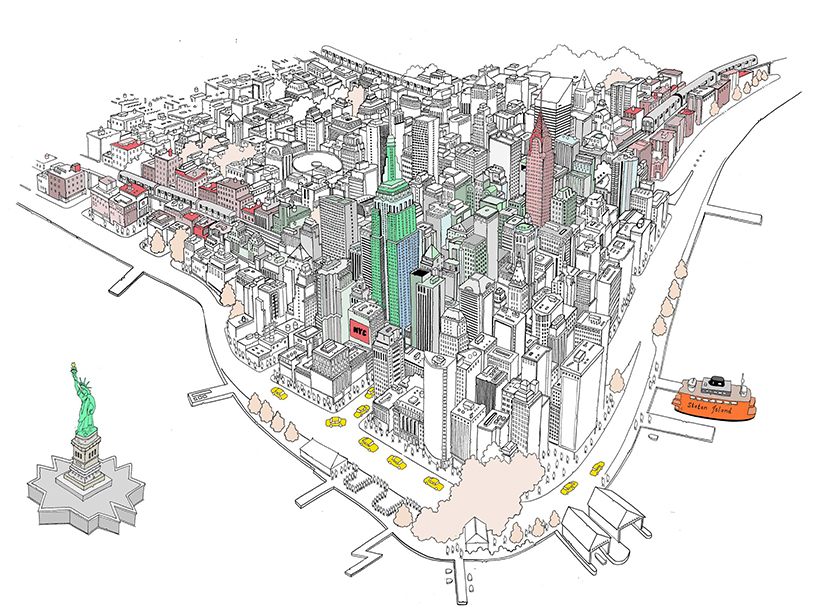 DB: how would you describe your style to someone who hasn’t seen your work before?
CD: hand drawn, intricate, linear, architectural, cityscapes 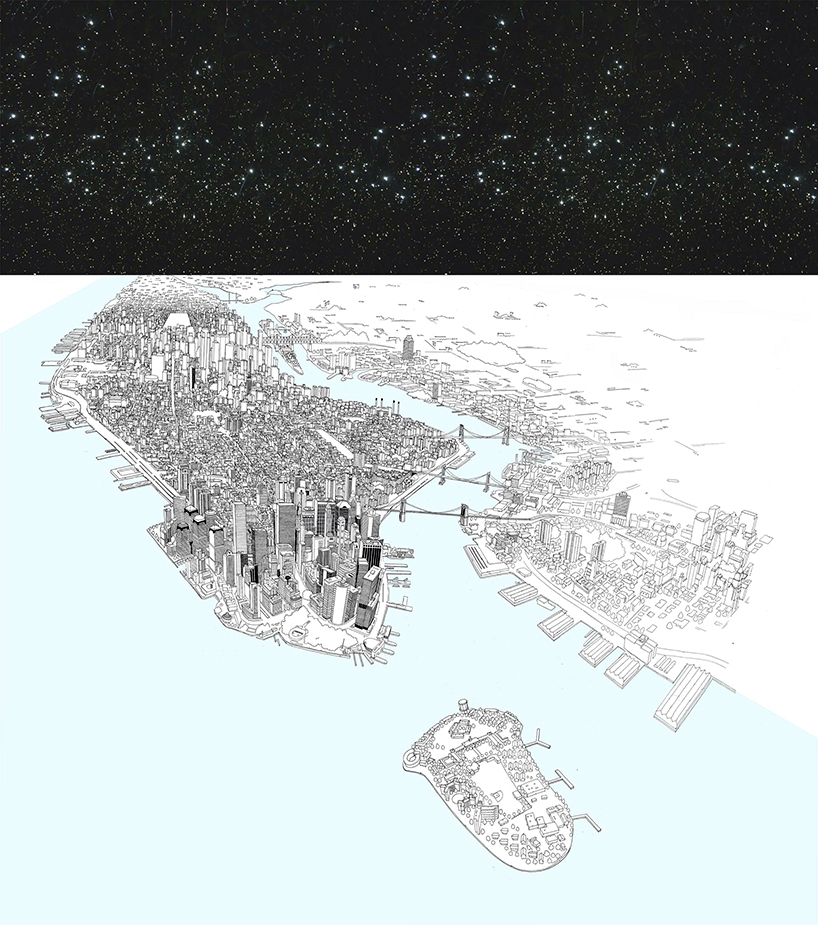 DB: who or what have been the biggest influences on your style?
CD: my mum, saul steinberg and new york city…

my mum taught me to draw – she encouraged me to do so everyday since I can remember. watching her draw in her intricate style, with patience and time, probably had an inherent influence on my practice.

saul steinberg’s use of line, type and colour have been an influence, as well as his compositions and subject matter. he is an icon of illustration.

NYC has always been in my peripheral vision whilst growing up, specifically through my interest in film and hip-hop. my first trip was in 2001, just before the WTC fell. this proximity to 9/11 had a lasting impression on me and consequently my work. 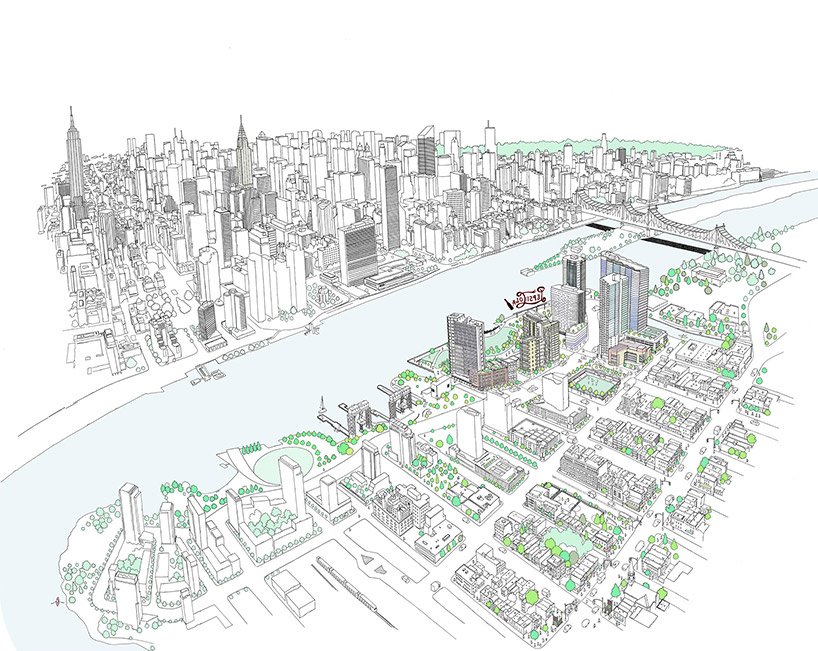 DB: which medium / materials do you enjoy working with the most?
CD: technical pens on bristol board 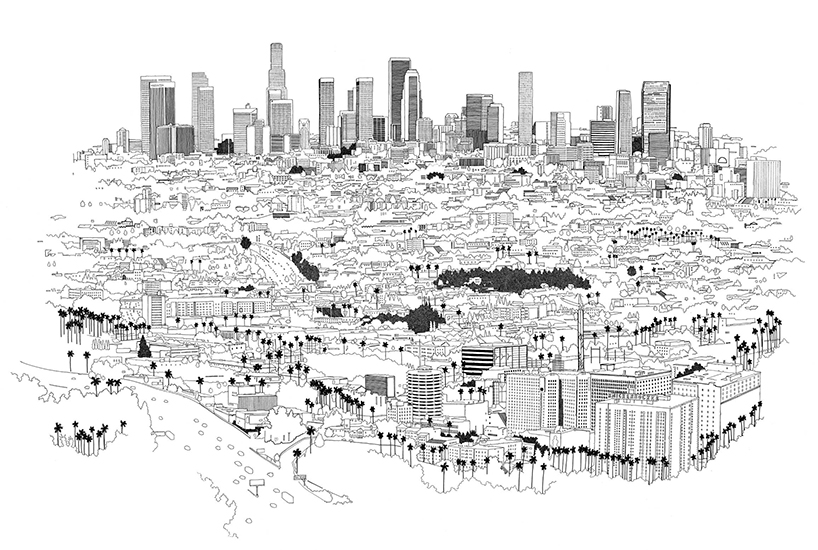 DB: what attracted you to drawing buildings and cityscapes in particular?
CD: trying to capture a city and translating it into detail, fitting it all in was exciting for me when I started. I’d push myself to see how much I could fit into a composition. overtime this focus on the city has developed a more specific interest in architecture and the design and form of a building. 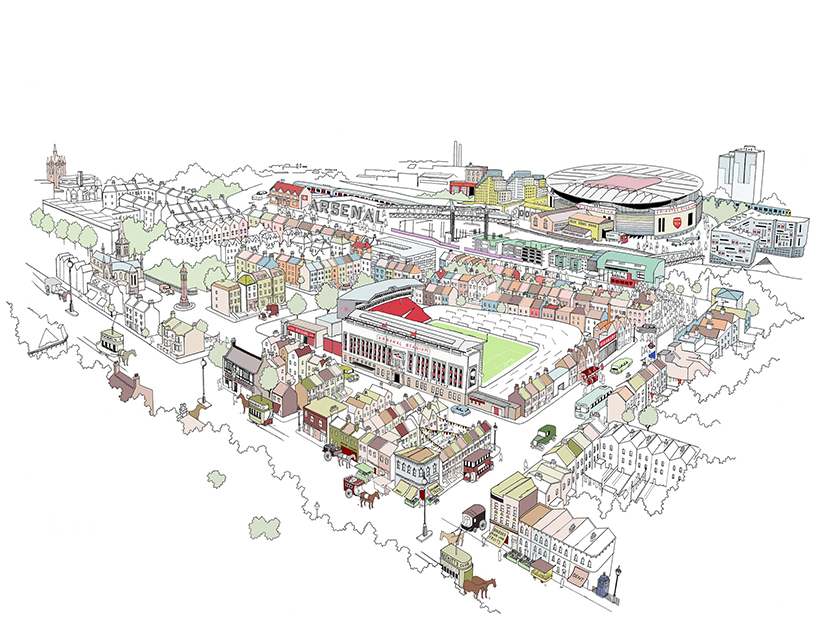 DB: which project has been the biggest challenge so far?
CD: this year I was commissioned to create two hand drawn murals for the headquarters of AOL, london. the second is near completion, whilst I finished the first in the summer. working in a larger scale set new challenges for me. capturing my intricate detail in thick marker pens is something I had to adapt to very quickly and whilst also physically demanding, the outcome has been hugely rewarding. the first piece took 14 days to complete while the second so far has taken four weeks. 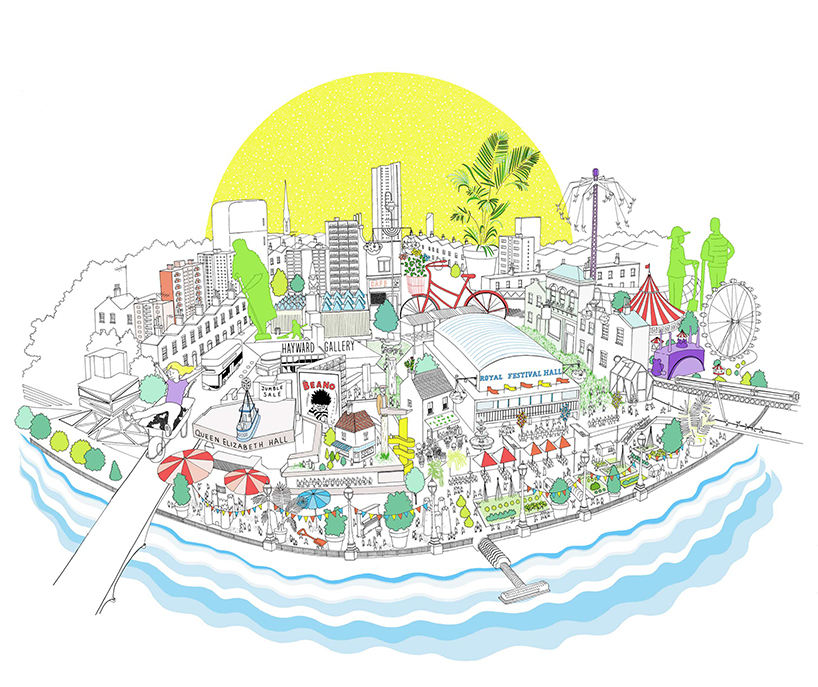 festival of neighborhood for southbank center

DB: how do you think the wealth of online resources influence the illustration being produced today?
CD: blogs allow you to share you work with new audiences and forums have allowed illustrators to create a kind of union where they can share information, issues and advice which is vital for what can be such an isolated occupation. 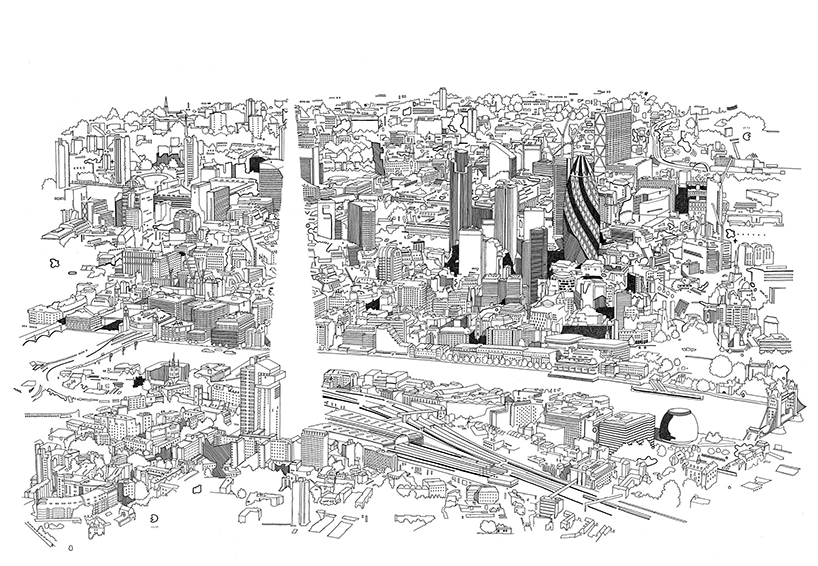 DB: besides design, what are you passionate about?
CD: I co-run a creative football team called the soho warriors football club. I set the team up with my brother three years ago in east london. the aim of the project is to welcome creatives who all share a passion for football – we work on self initiated projects and exhibitions throughout the year and play every friday night. 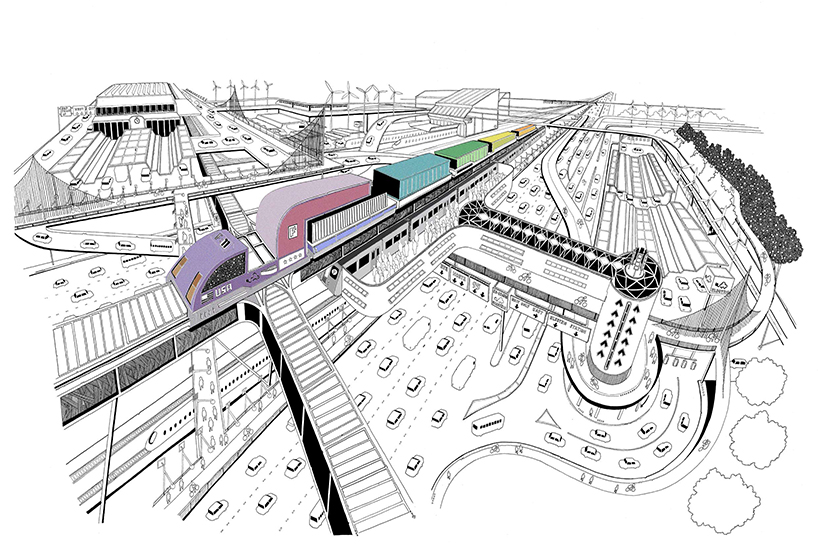 DB: do you have any superstitious beliefs?
CD: nope. 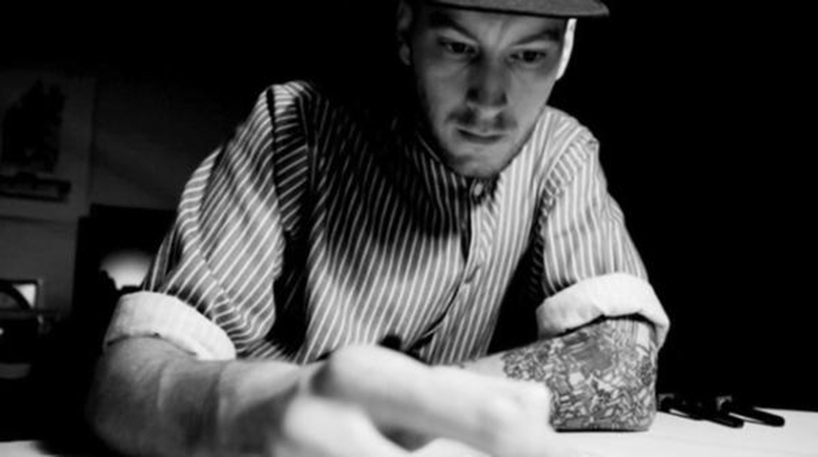 DB: what’s your most prized possession?
CD: my original artwork.