a former corporate lawyer, jordan is dedicated to raising consciousness, through his art, of the far-reaching and destructive consequences of our everyday habits. his running the numbers – a series of carefully rendered photographic images – takes hard statistics and turns them into art that both dazzles and provokes. 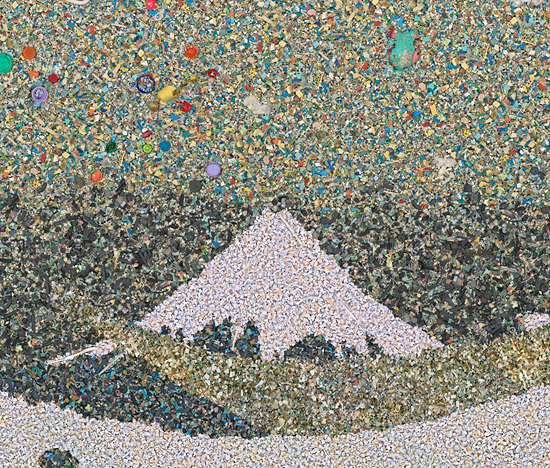 depicts 2.4 million pieces of plastic, equal to the estimated number of pounds of plastic pollution that enter the world’s oceans every hour. all of the plastic in this image was collected from the pacific ocean. 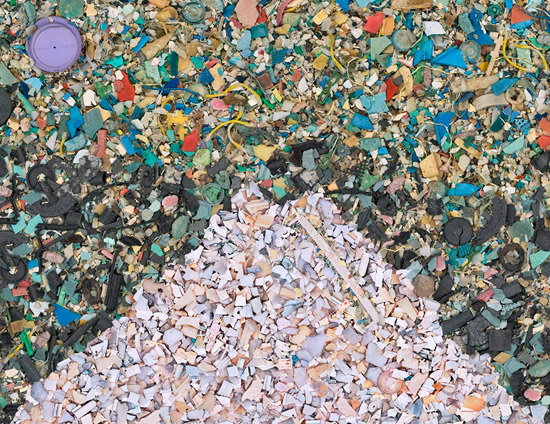 detail of the top of mountain fuji image © chris jordan 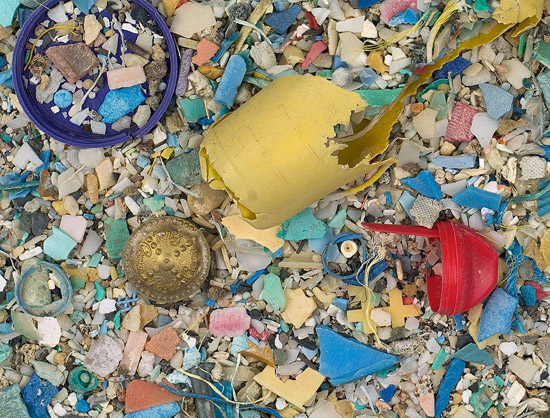 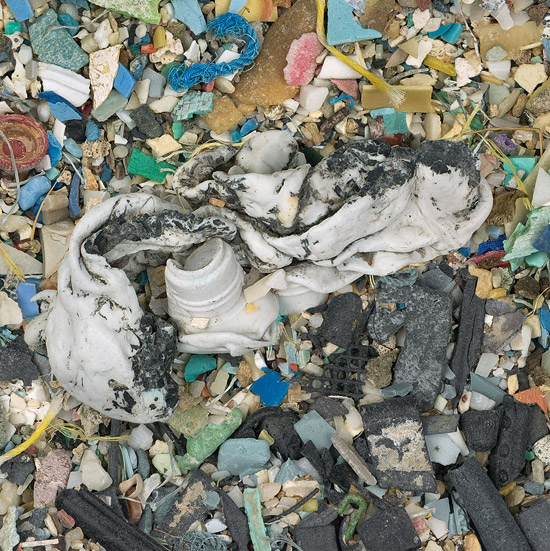 his project, intolerable beauty, is a looking glass into the prevailing culture of consumption. most recently, his work ‘midway – message from the gyre’ focuses on the life-cycle of the albatross in the north pacific ocean that confuses the vast pollution of trash in the water with food. 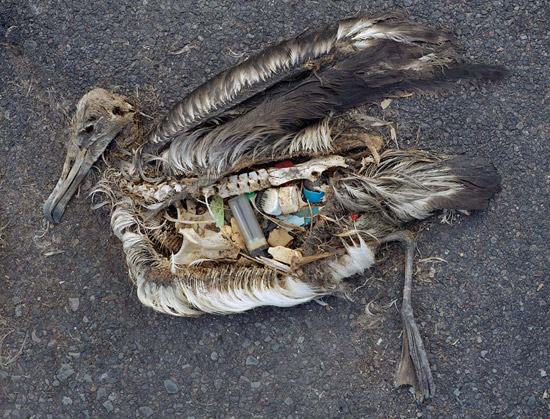 midway – message from the gyre, 2009 image © chris jordanas a result, the adult birds feed their nesting babies bellies-full of fatal plastic. jordan’s images of the exposed stomach content of the dead birds are starkly grotesque and, in the darkest possible way, beautifully compelling. 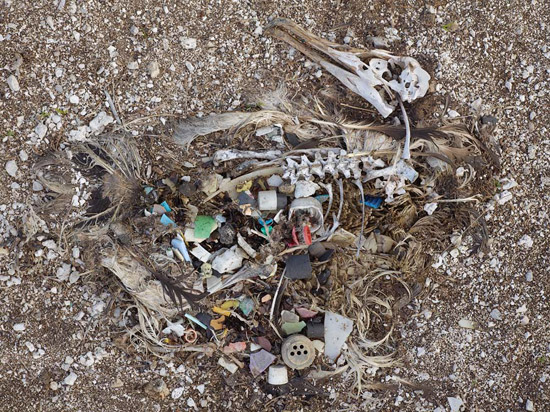 his most recent work is entitled year of the tiger. similarly to the first running the numbers series, each image portrays a specific quantity of something, visualizing mass phenomena that occur on a global scale. 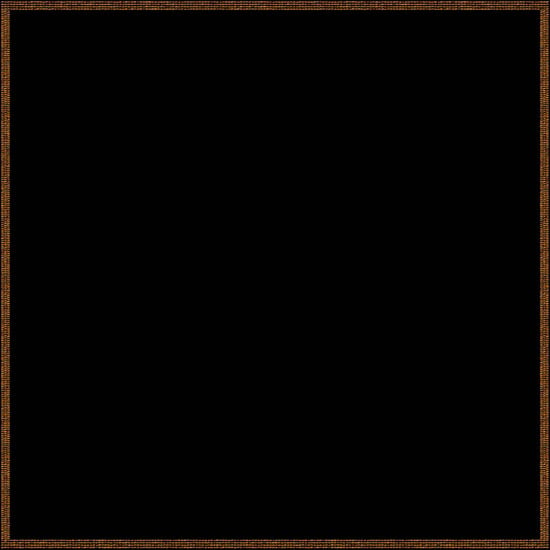 detail of year of the tiger image © chris jordan

mountainfilm has published an interview with chris jordan.

running the numbers is a traveling exhibition