four vehicles — a honda NSX, datsun 240Z, datsun skyline GT-R and the toyota AE86 — are digitally distorted, stretched, twisted and tangled as they drive through the empty urban landscape. the video and accompanying graphics sees two passing cruisers suddenly interlock in a strange sculptural geometry, a yellow toyota elongated to accommodate two cartoon characters in its void, and an electric blue datsun sliced in half as it hovers in mid-air. 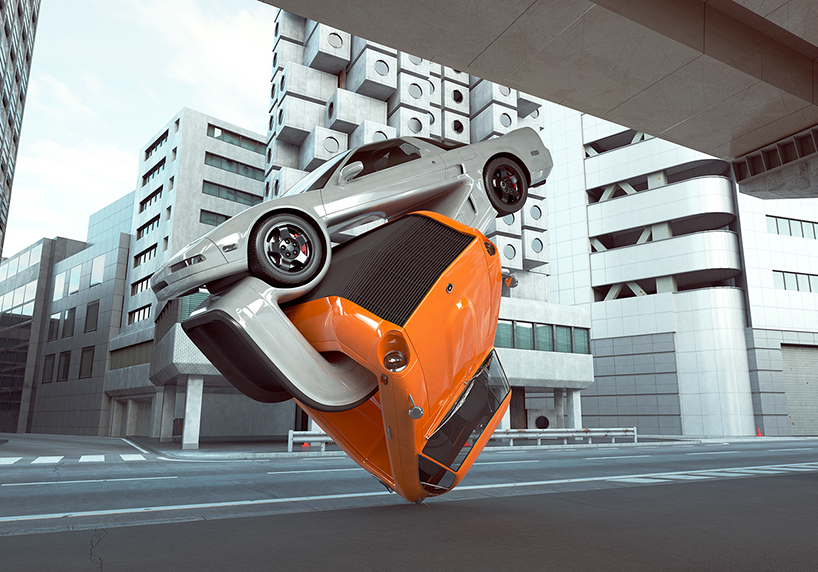 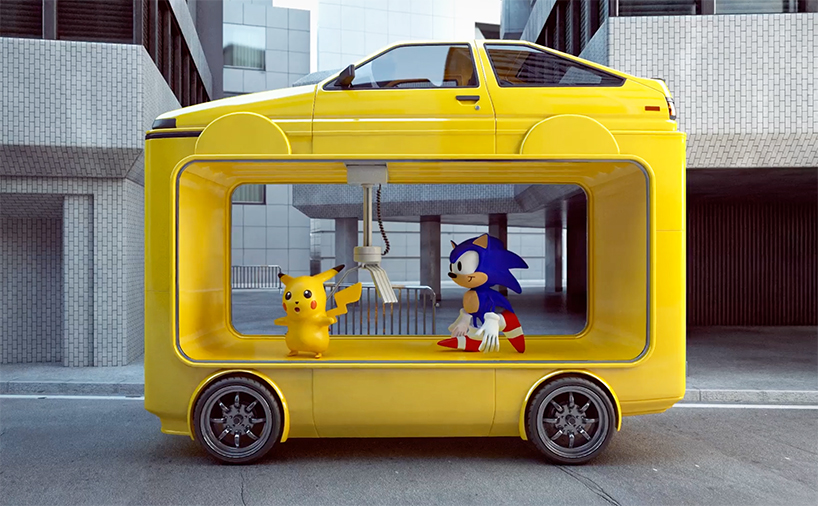 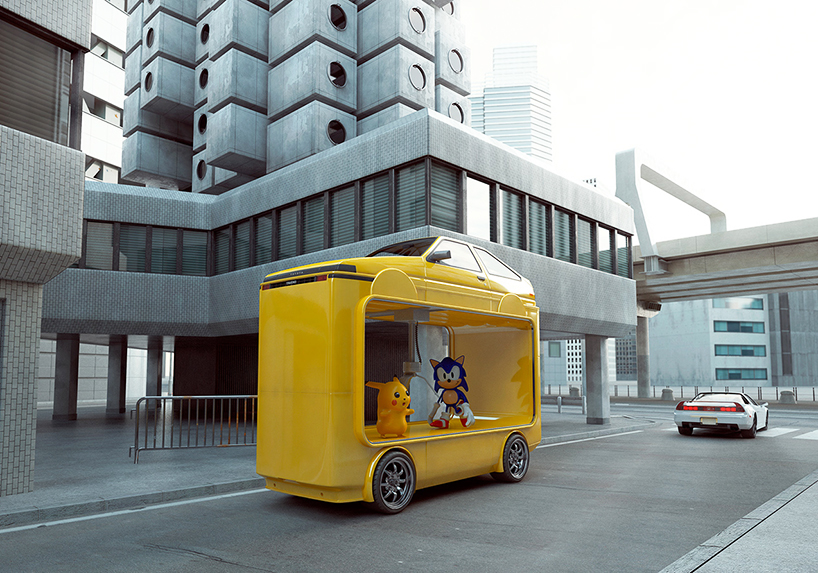 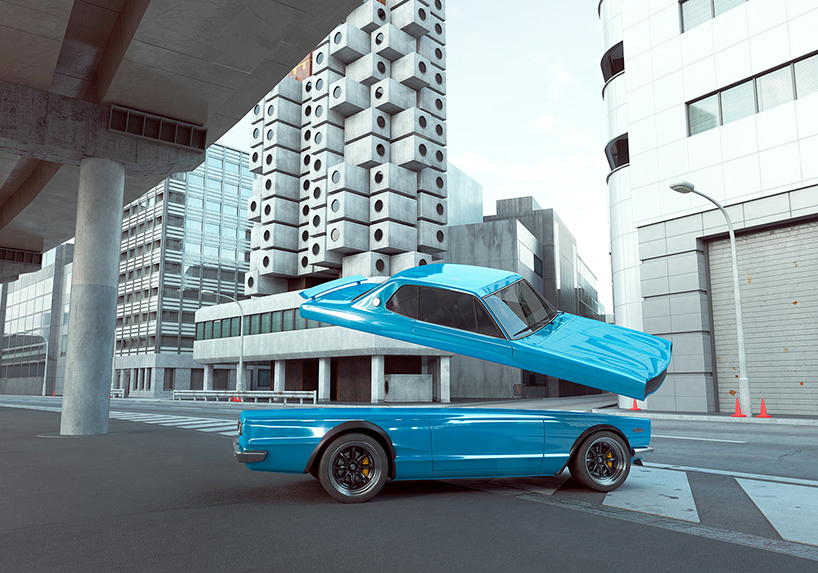 an electric blue datsun is sliced in two, while its upper half hovers in mid-air 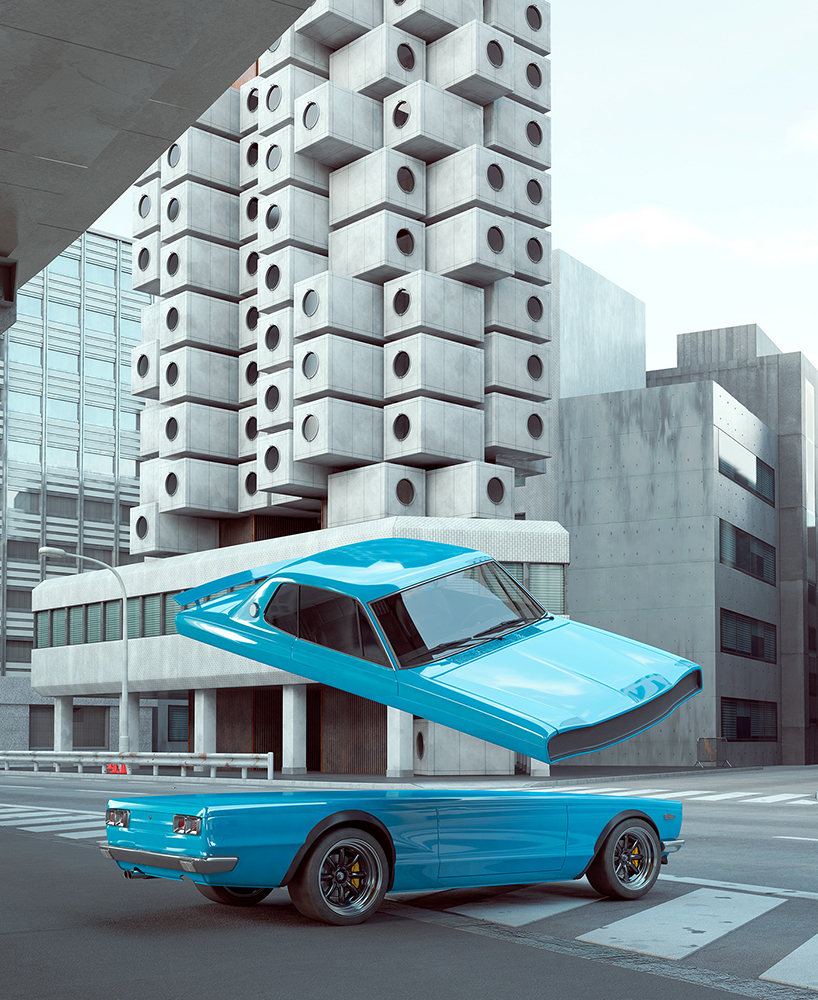 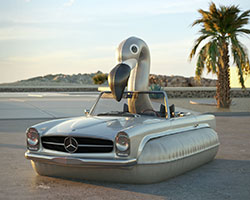 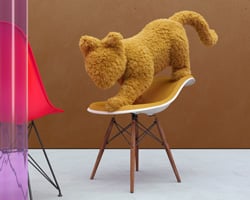 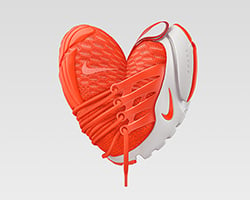