since 2001, australian photographer christian spencer has been living near brazil’s itatiaia national park where he has been capturing the local wildlife. surrounded by lush green landscapes, spencer has discovered a breathtaking natural phenomenon: when sunlight passes through hummingbird’s wings, it creates a prism effect that turns the bird’s feathers into rainbows. 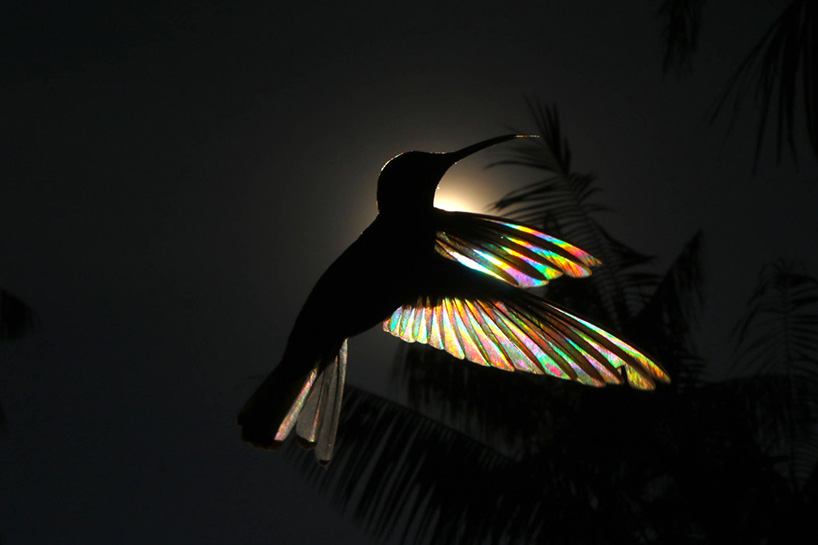 titled winged prism, this series of photographs by christian spencer shows nature’s mastery and perfection. hummingbirds, known for the high speed in which they flap their wings, have always been a favorite for bird’s photographers. the small birds are also fast, being able to move from one spot to another at over 34 miles per hour (54.72 kilometers per hour). 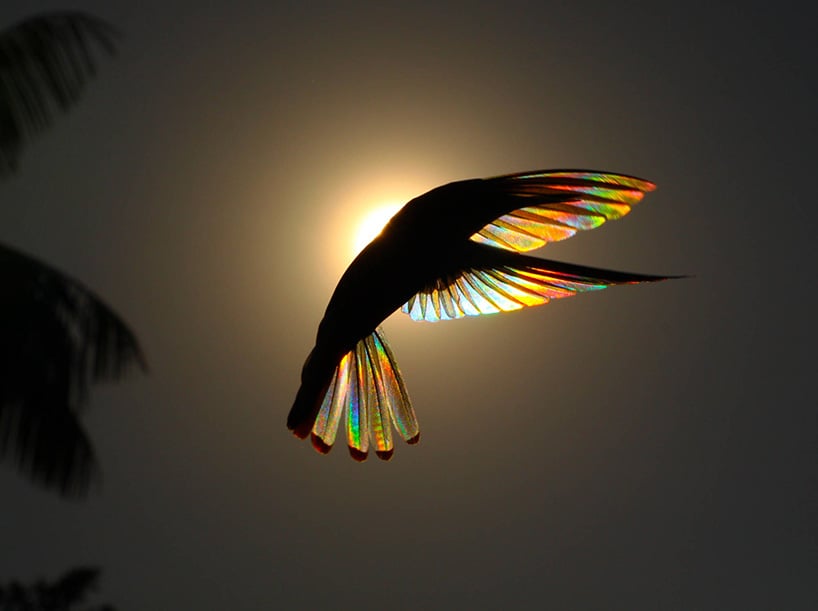 while observing the hummingbirds, spencer noticed that if he shot them with the sun directly behind him, a prism-effect appeared on their wings, showcasing a full-range rainbow. because of the backlighting scenario, the photos are therefore enhanced, highlighting the colors of the rainbow will drawing the silhouette of the birds and the vegetation behind them. overall, the series showcases the invisible orchestrated cosmos, giving us a glimpse into what we can’t see with our naked eye.

if you want to see more of christian spencer’s work, head to his instagram page here. 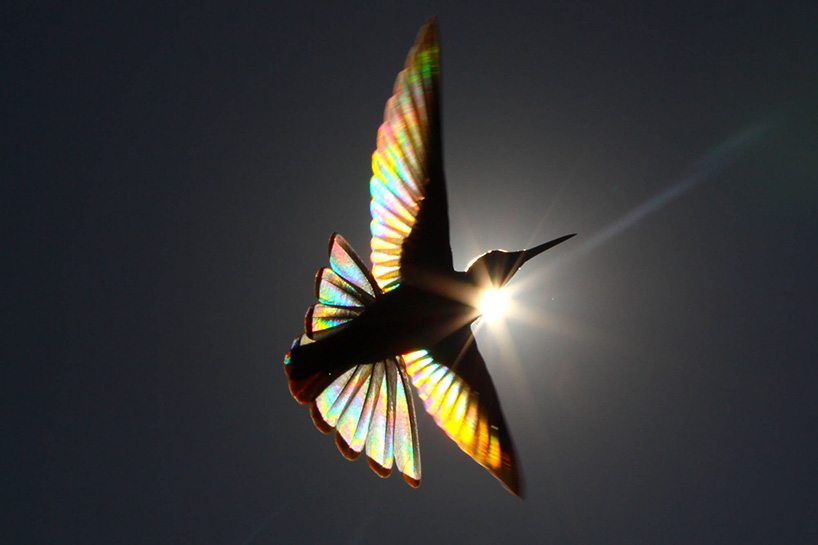 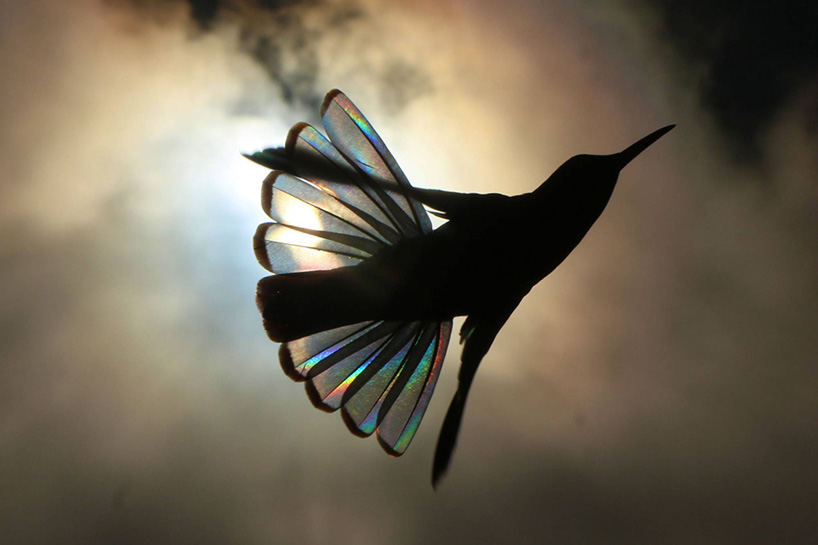 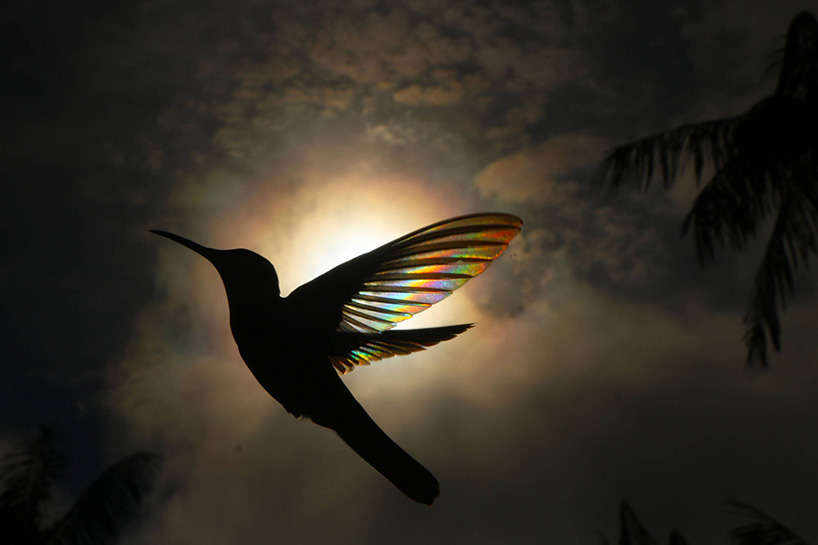 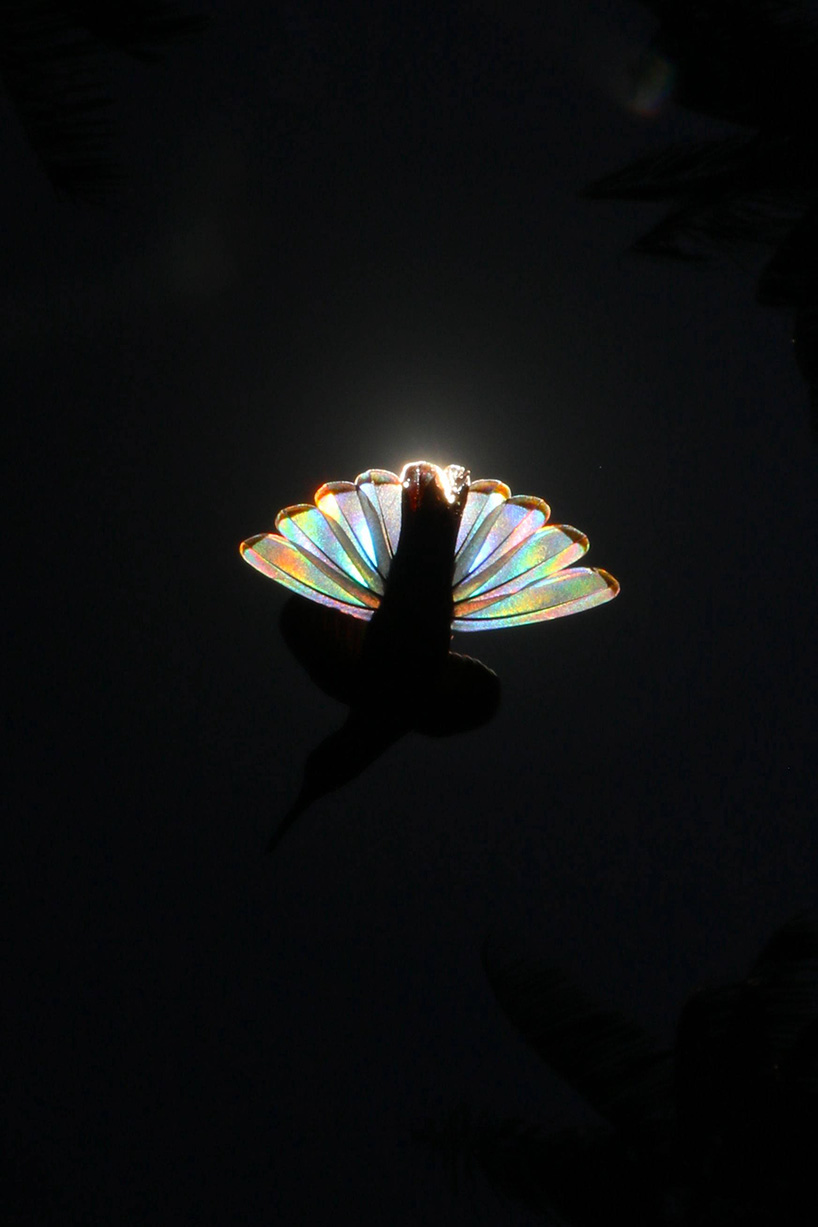 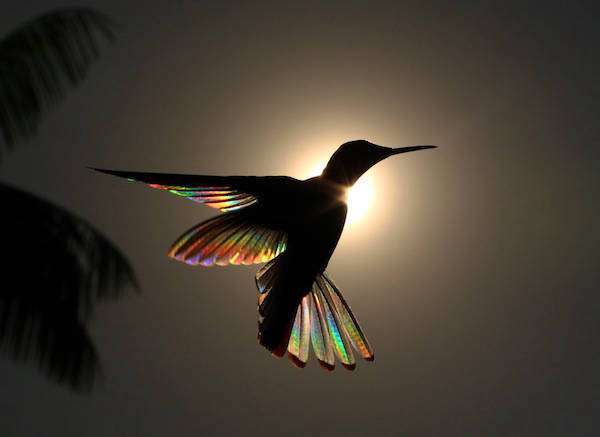