on june 18, 2016, christo and jeanne-claude reveal their first work in italy in more than 40 years. italy’s lake iseo — an area 100 kilometers east of milan — will be connected by a modular floating dock system made up of 220,000 high-density poly-ethylene cubes, and covered in 100,000 square meters of shimmering yellow fabric.

undulating with the movement of the waves, visitors can experience ‘the floating piers’ as they walk from sulzano to monte isola and to the island of san paolo, which it completely encircles. the 3-kilometer-long walkway extends clear across the water, with surrounding mountains offering a bird’s-eye view of golden network of passageways that lead in and around the city. the fabric will continue along 1.5 kilometers of pedestrian streets in sulzano and peschiera maraglio. 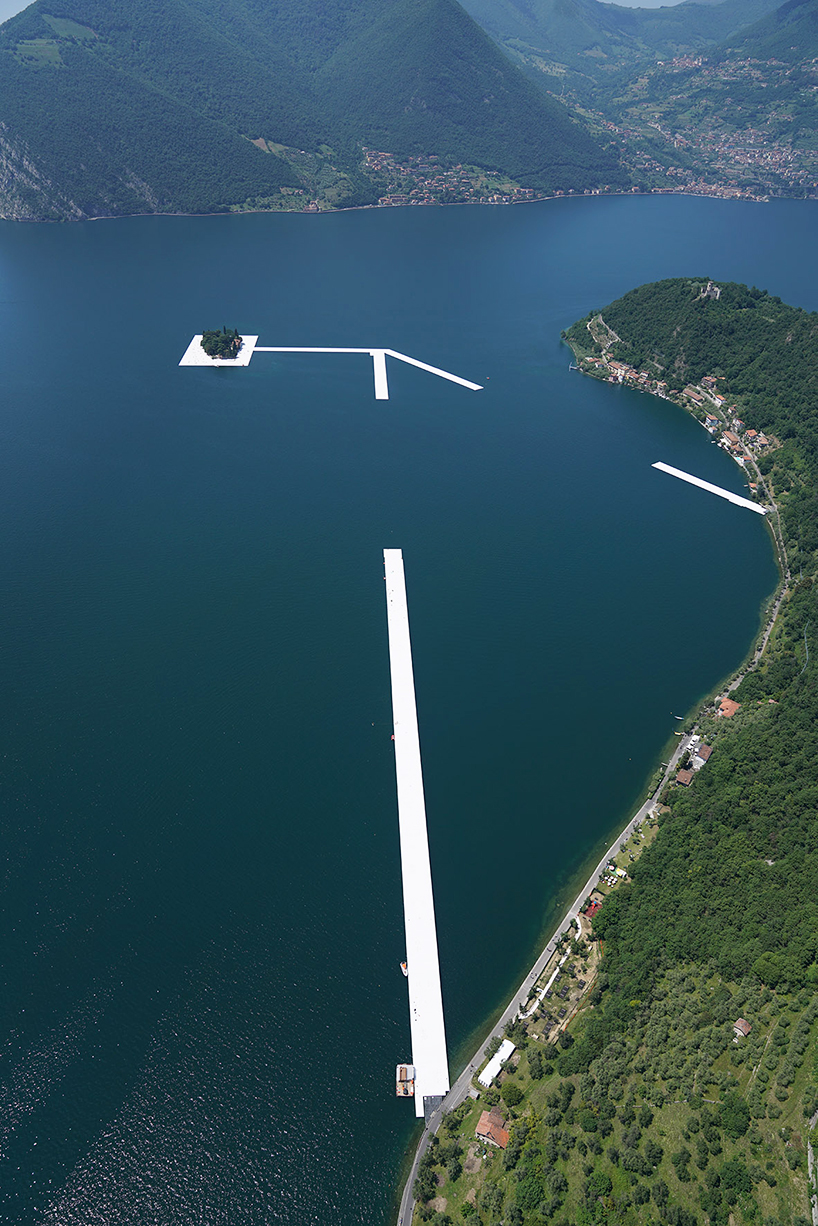 workers install the 100 x 16 meter sections that connect the island of san paolo with the island of monte isola
photo by wolfgang volz, may 2016

the original concept for ‘the floating piers’ was conceived together with christo’s creative and life partner jeanne-claude in 1970. the couple knew a floating pier would rise just above the surface of the water, but they did not know which river or lake would best suit the project. early, unrealized renditions proposed a 2,000-meter-long inflated pier on the delta of the rio de la plata in argentina. in 1995, the idea was still active in the artists’ minds — they suggested the creation two floating piers, 150 meters long and covered in fabric, which would connect two artificial islands in tokyo bay and continue through odaiba park. this iteration was also unrealized following the denial of a permit. 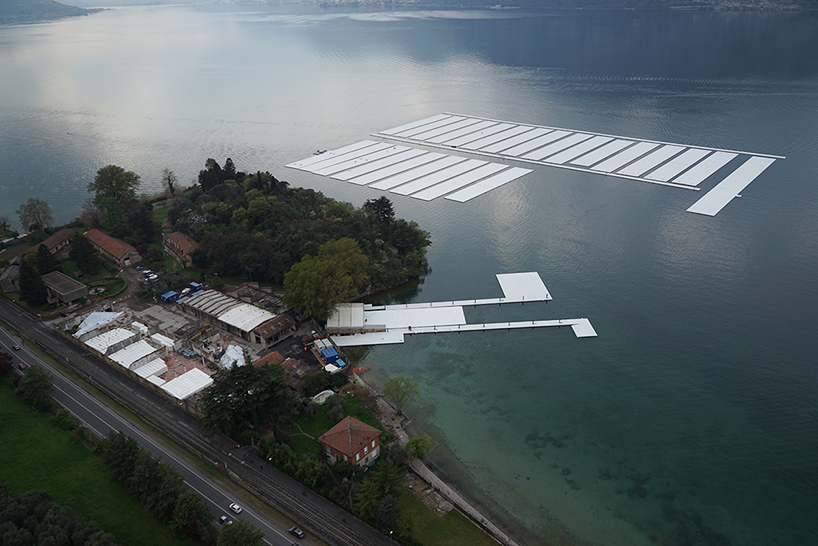 aerial view of the project’s building yard on the montecolino peninsula (left) and the parking area for the thirty 100 x 16 meter sections on lake iseo (right)
photo by wolfgang volz, april 2016

jeanne-claude passed away in november 2009, but christo continues the couple’s monumental practice. in 2014, the artist and his team scouted the lakes of northern italy and found lake iseo to be the most inspiring location for the project. the exhibition marks christo’s first large scale work following christo and jeanne-claude’s realization of ‘the gates’ back in in 2005. after the 16-day exhibition in italy, all components will be removed and industrially recycled. 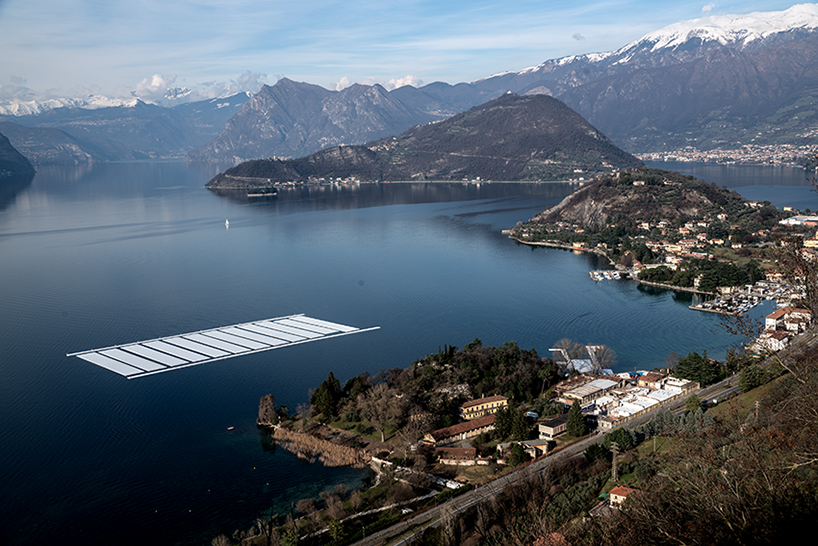 aerial view of the project’s building yard on the montecolino peninsula (right) and the temporary storage on lake iseo (left)
photo by wolfgang volz, february 2016

the artists’ aim has always been to create works of art for the public to experience and enjoy, without charging any viewing fees. ‘like all of our projects, ‘the floating piers’ is absolutely free and accessible 24 hours a day, weather permitting,’ christo says. ‘there are no tickets, no openings, no reservations and no owners. the floating piers are an extension of the street and belong to everyone.’

see sketches and drawings of ‘the floating piers’ by christo in our previous coverage of the installation here. 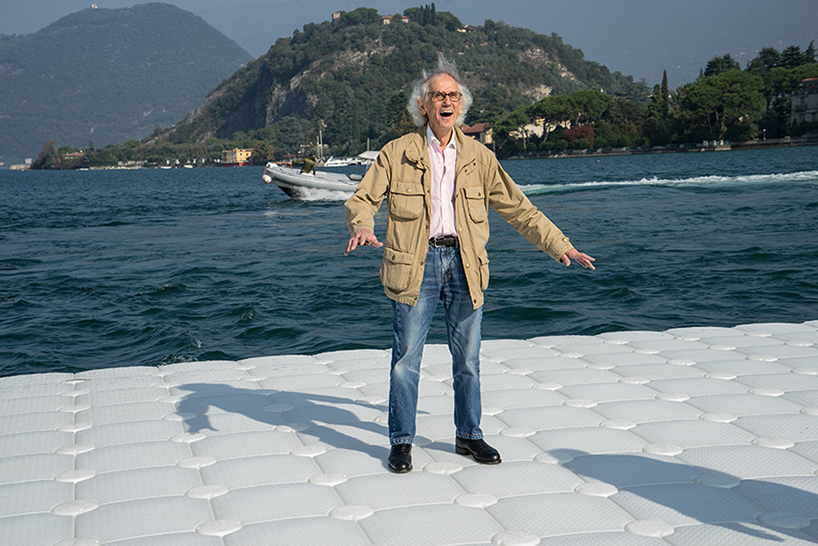 during the life-size test at montecolino, christo is delighted as the piers undulate with the movement of the waves
photo by wolfgang volz, october 2015 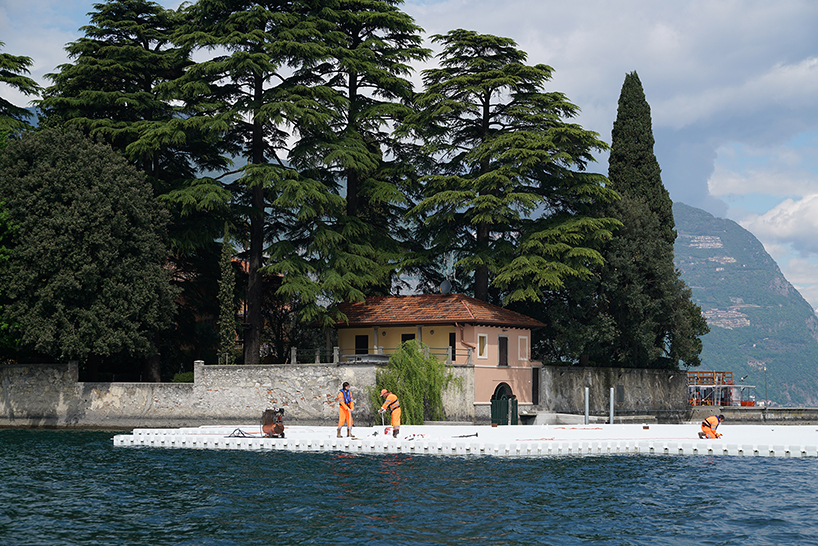 workers start to encircle the island of san paolo with the first floating elements
photo by wolfgang volz, april 2016 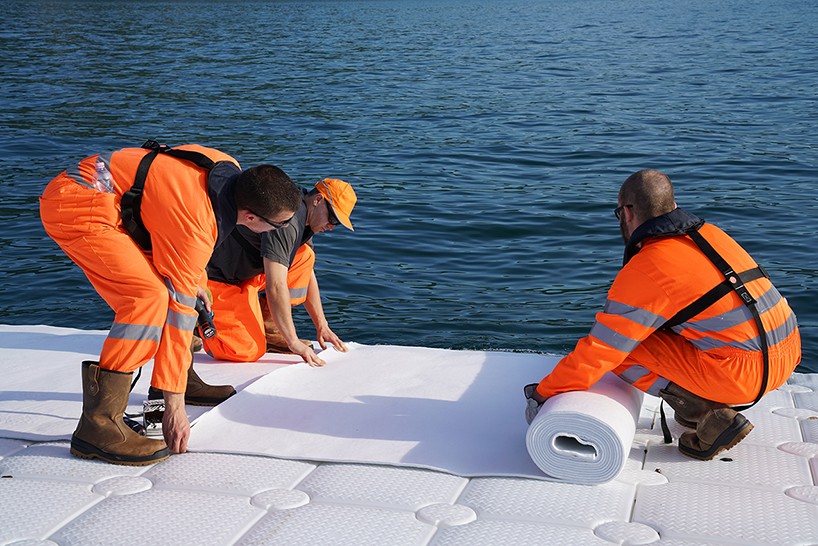 workers install the felt that will cover the floating cubes
photo by wolfgang volz, may 2016 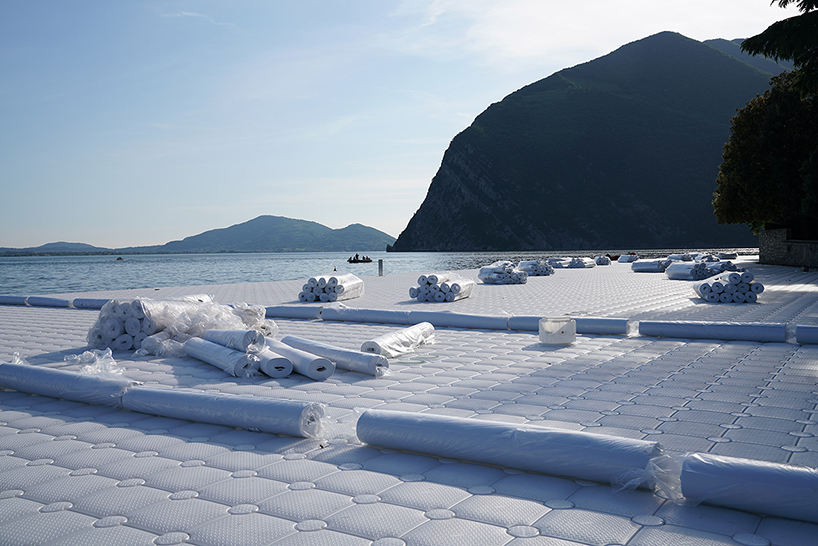 felt is added to the piers before the yellow fabric is installed
photo by wolfgang volz, may 2016 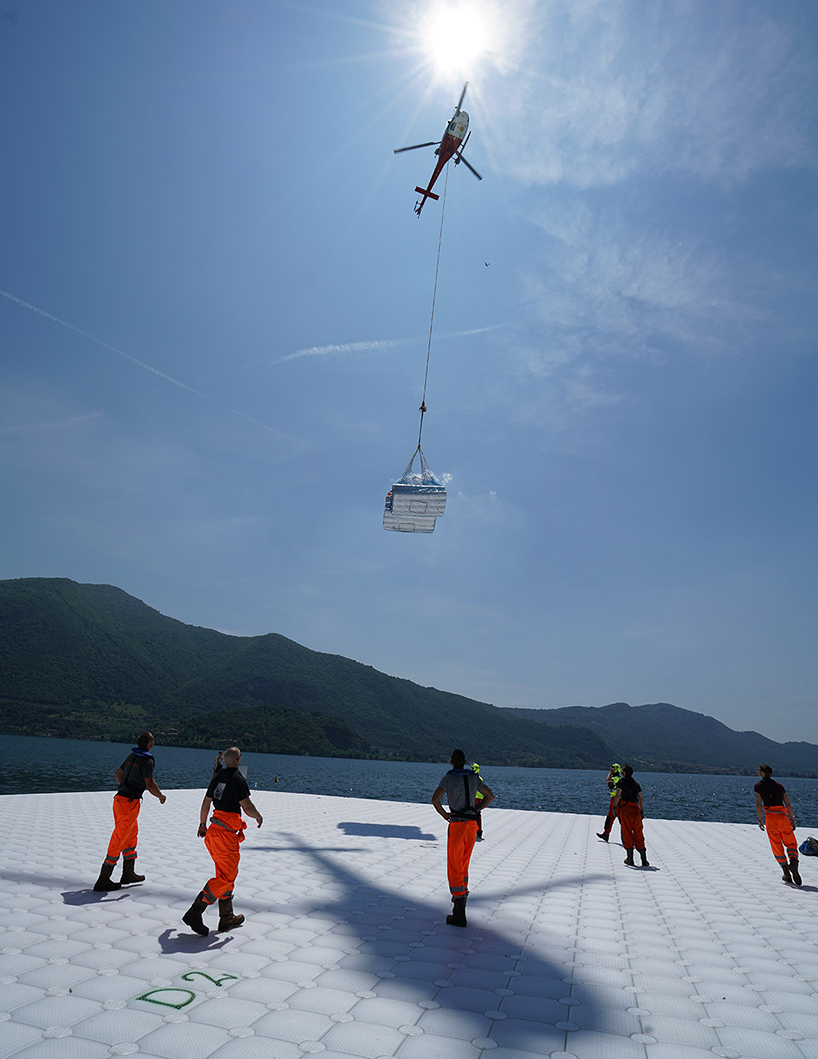 the felt that will cover the cubes underneath the yellow fabric is transported from montecolino to san paolo island by elimast helicopter service
photo by wolfgang volz, may 2016 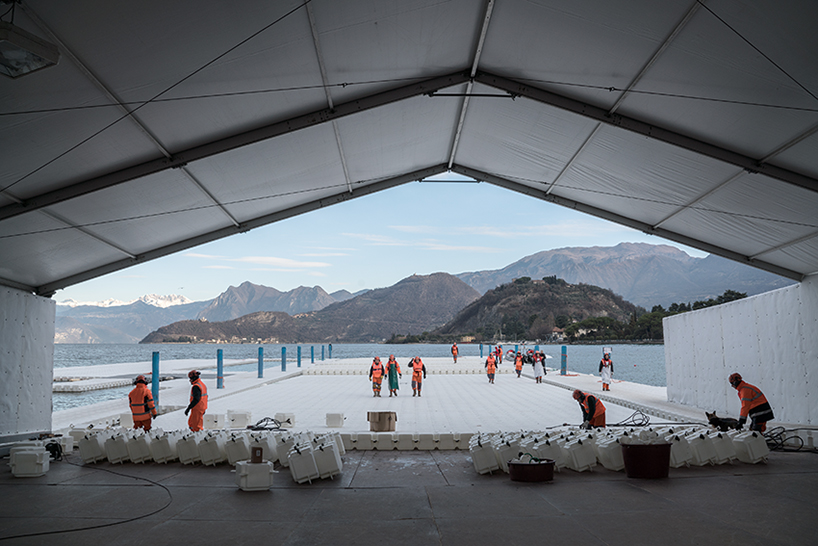 at the headquarters in montecolino, construction workers assemble the piers, which are produced in 100-meter-long segments and stored outside montecolino on lake iseo
photo by wolfgang volz, january 2016 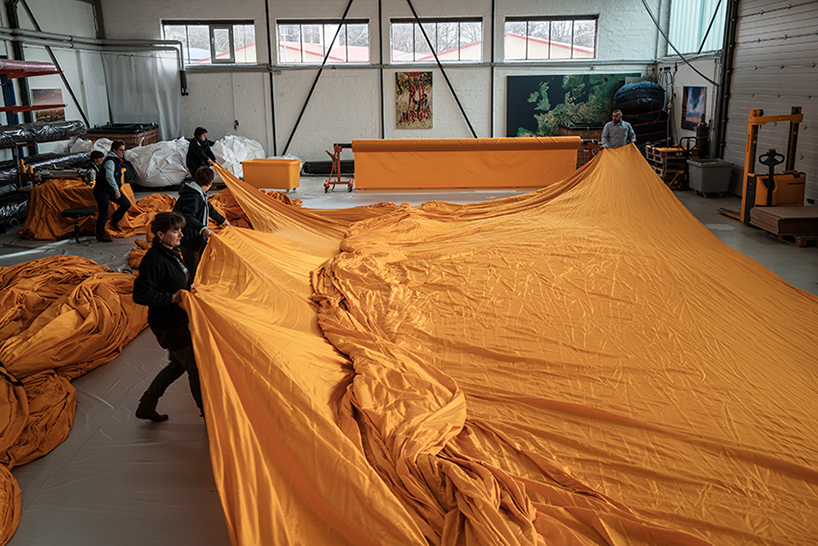 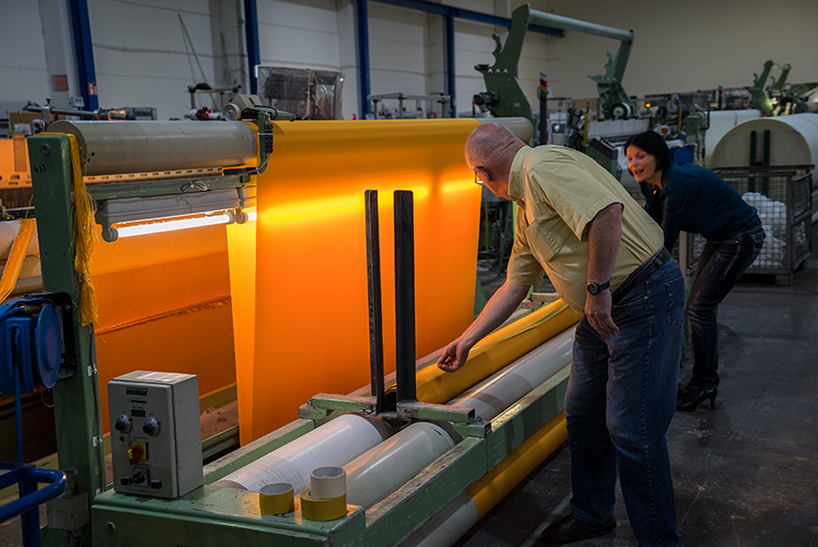 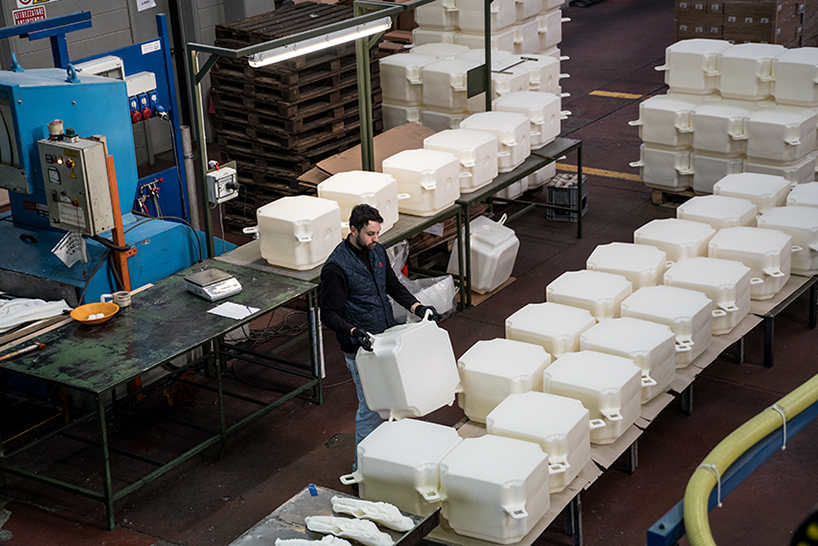 at a factory in fondotoce at lago magiore, 200,000 high-density polyethylene cubes are manufactured
photo by wolfgang volz, january 2016 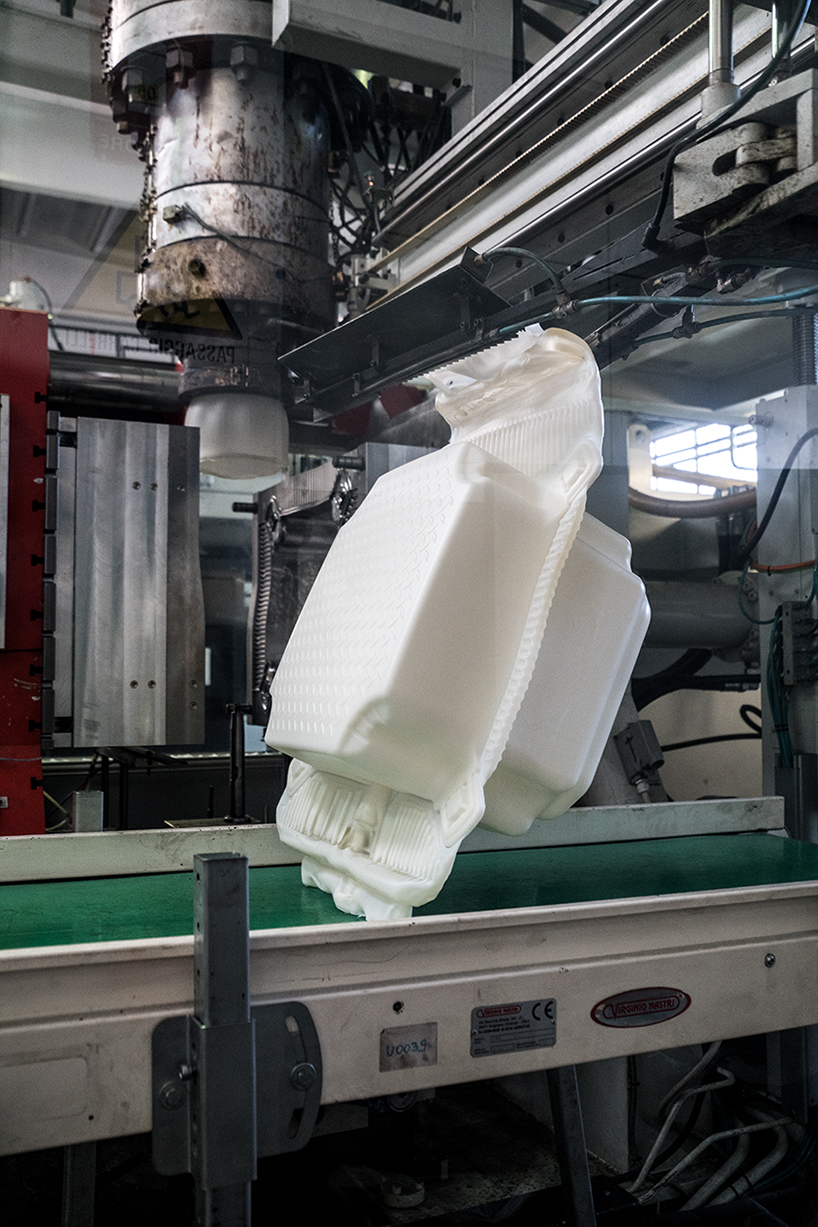 the cubes have been manufactured over a period of eight months before delivered to the project’s storage in montecolino
photo by wolfgang volz, january 2016 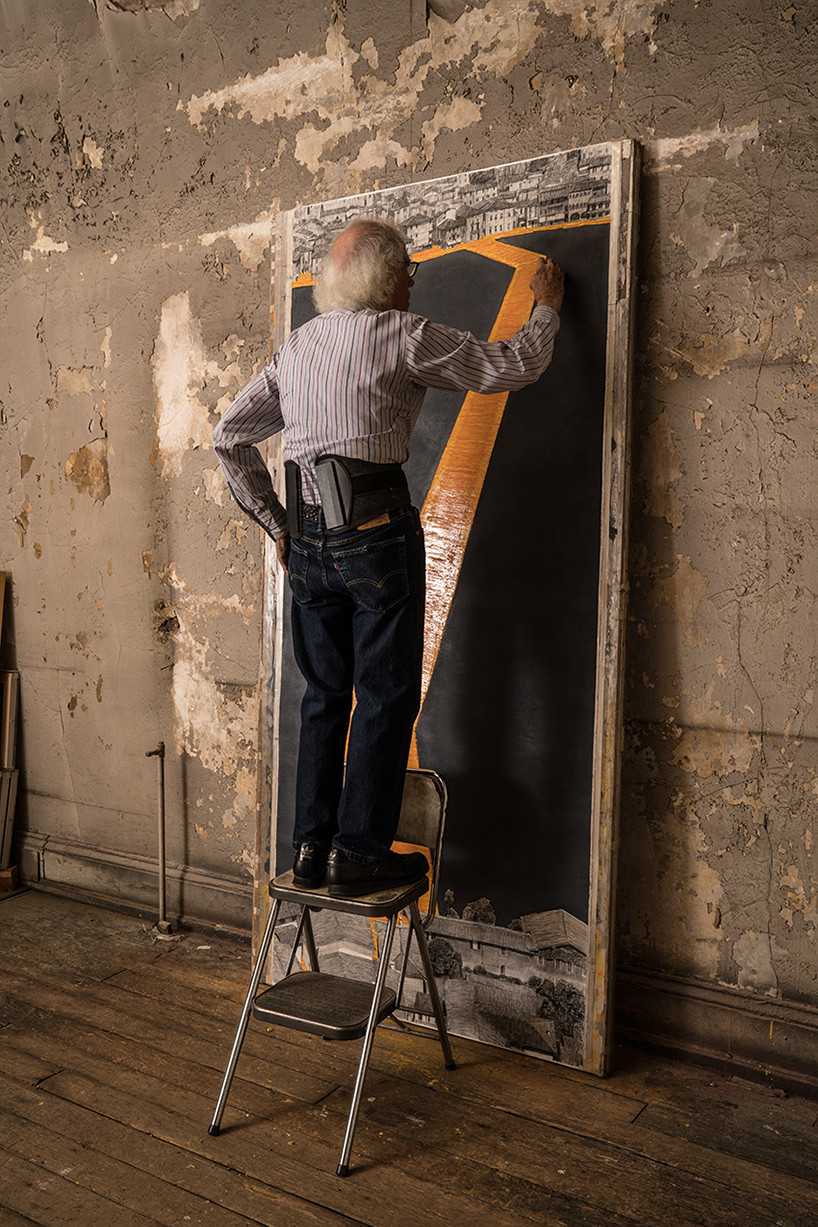 christo in his studio working on a preparatory drawing for the floating piers, new york, november 2015
photo by wolfgang volz © 2015 christo 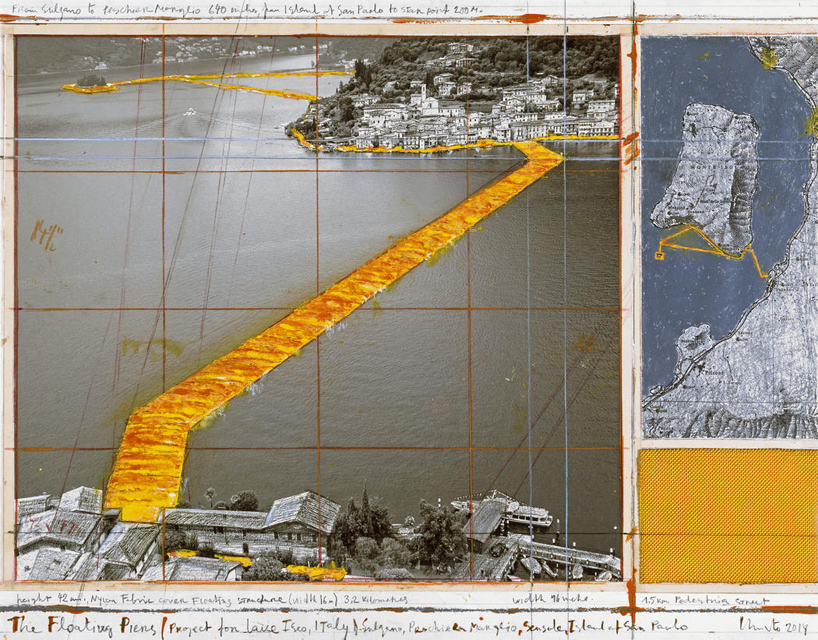 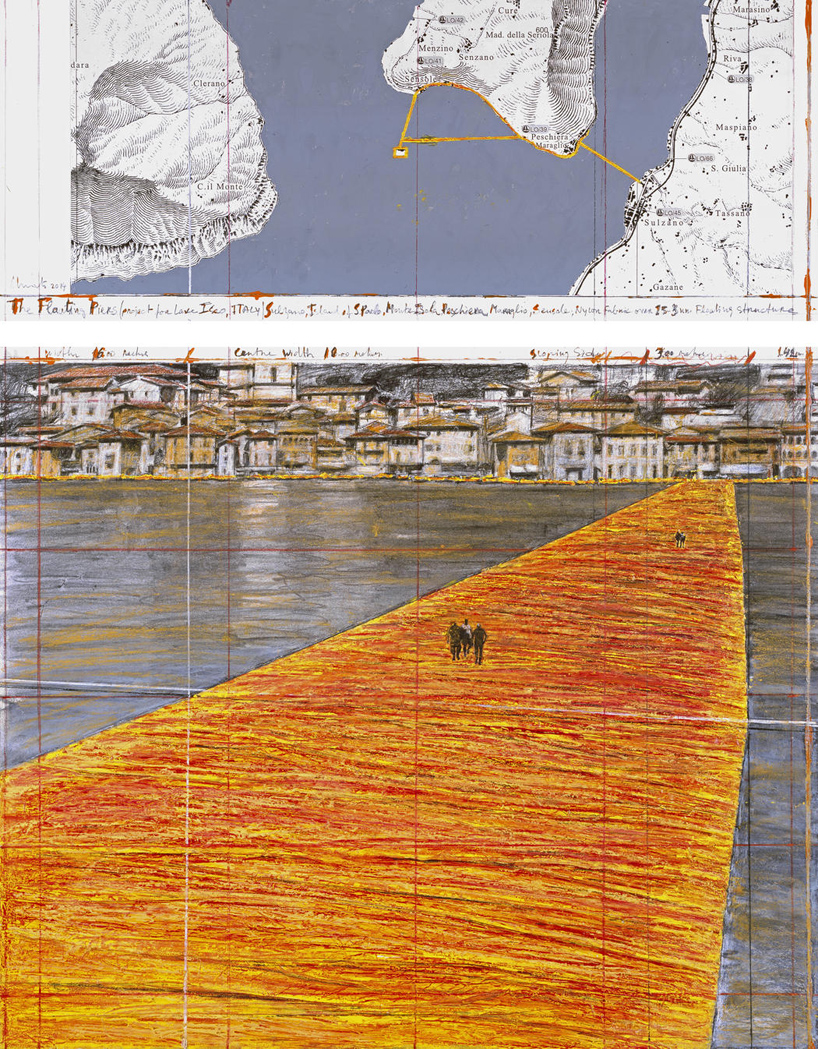 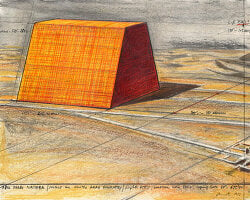 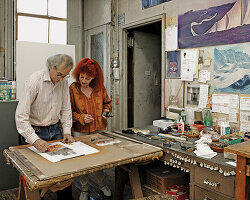 Feb 04, 2021
sotheby's unwraps rare look inside christo and jeanne-claude's NY studio ahead of auction from their personal collections