swiss-icelandic artist christoph büchel has brought the remains of a deadly fishing boat, which on 18 april 2015 sank off the coast of libya killing at least 800 refugees, to the 58th venice art biennale. titled barca nostra, the vessel is presented as part of the ralph rugoff-curated international exhibition in the historic arsenale, the site where venetian ships for cultural and religious wars were once produced. 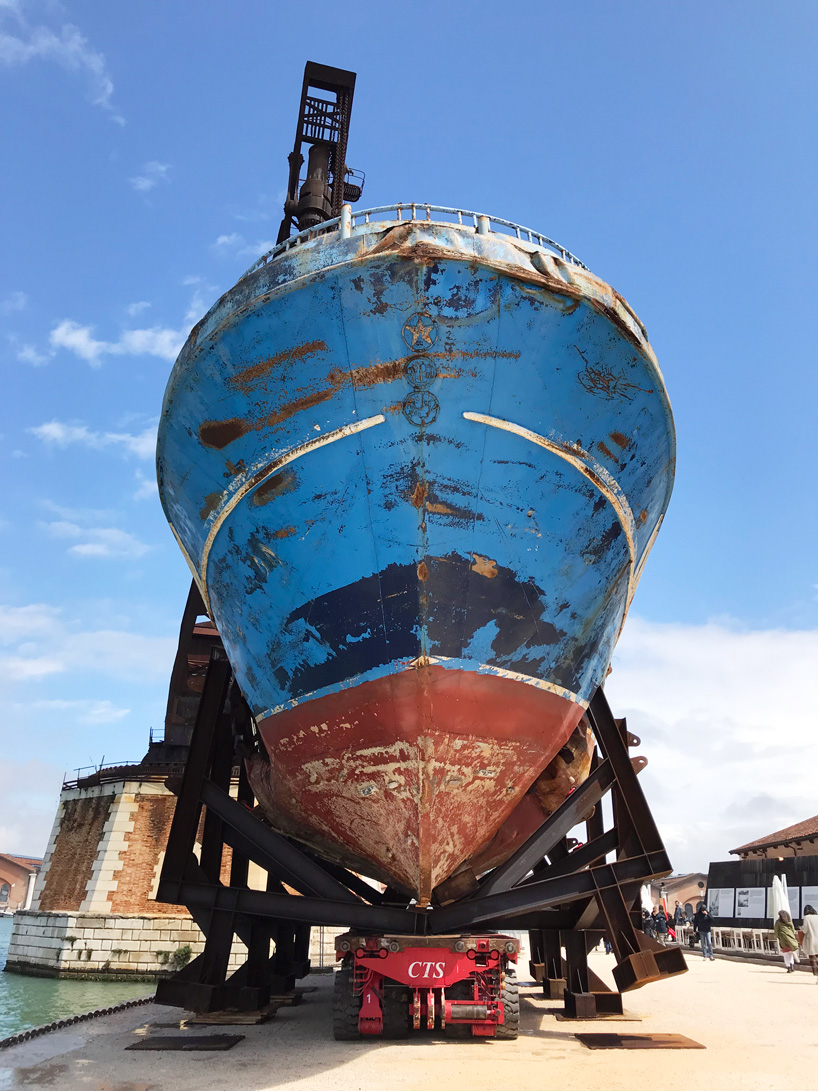 the fishing boat that sank on april 2015 was normally built to accommodate a crew of fifteen, but was carrying hundreds of migrants when it collided with a portuguese freighter in the sicilian channel, 96 km off the libyan coast and 193 km south of the italian island of lampedusa, in international waters. after being recovered from the seabed by the italian navy in 2016, and following a series of proposed plans for its future location and use, the vessel was handed over to the commune of augusta, which is working alongside christoph büchel in the project barca nostra. according to a press release, ‘the project facilitates a symbolic transfer of the status of the shipwreck that changes its legal status from a former object of court evidence to an artefact, considered “a special vessel to be disposed of” by ministerial decree, to a “bene culturale”, a significant symbol of our “interesting times” and collective complicity and memory, resulting in its first public exhibition at the arsenale in venice.’ 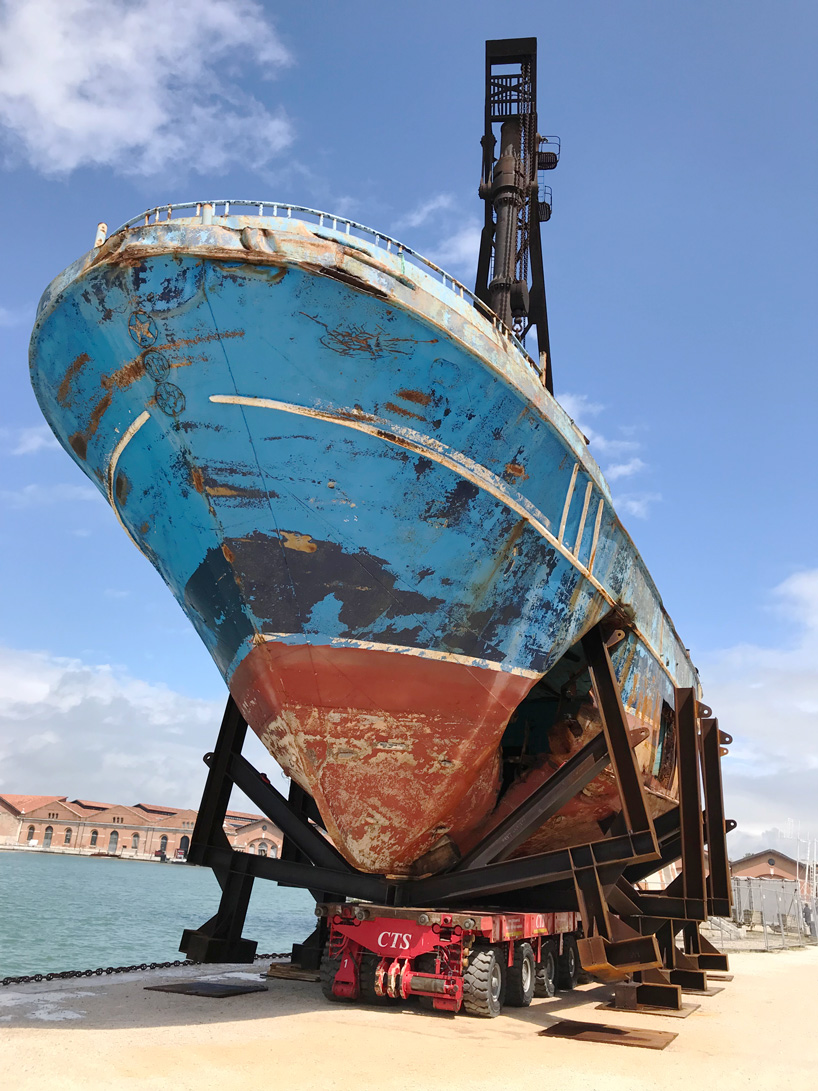 the symbolic character of the vessel marks it a monument to contemporary migration, dedicated ‘not only to the victims of the tragic event in 2015 and the people involved in its recovery, but to our mutual responsibility representing the collective policies and politics that create such wrecks.’ by publicly displaying barca nostra, the press release also states, ‘at the arsenale – in the context of the cultural spectacle and economic operation of the biennale in venice, a city based on migration that feeds the machine of its own destruction through mass tourism – opens up the possibility of actively using the collective shipwreck barca nostra as a vehicle of significant sociopolitical, ethical, and historical importance.’ 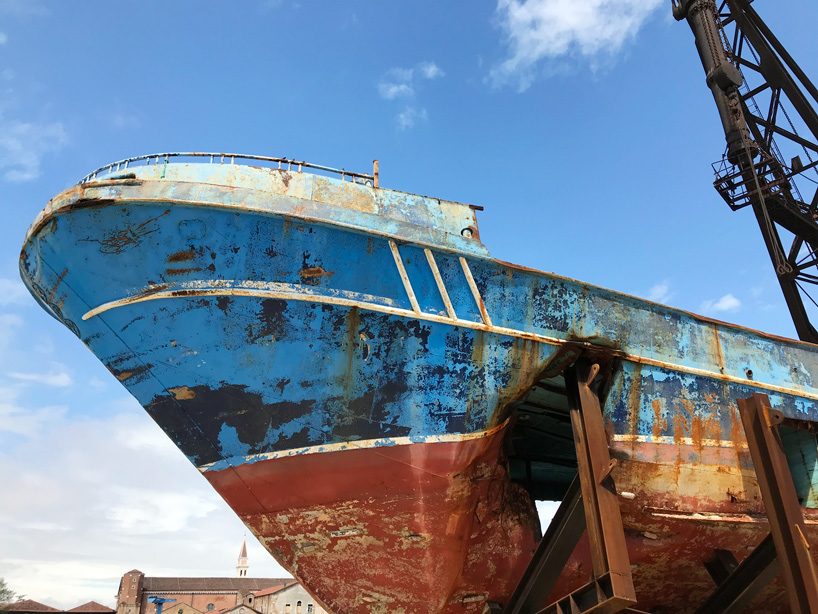 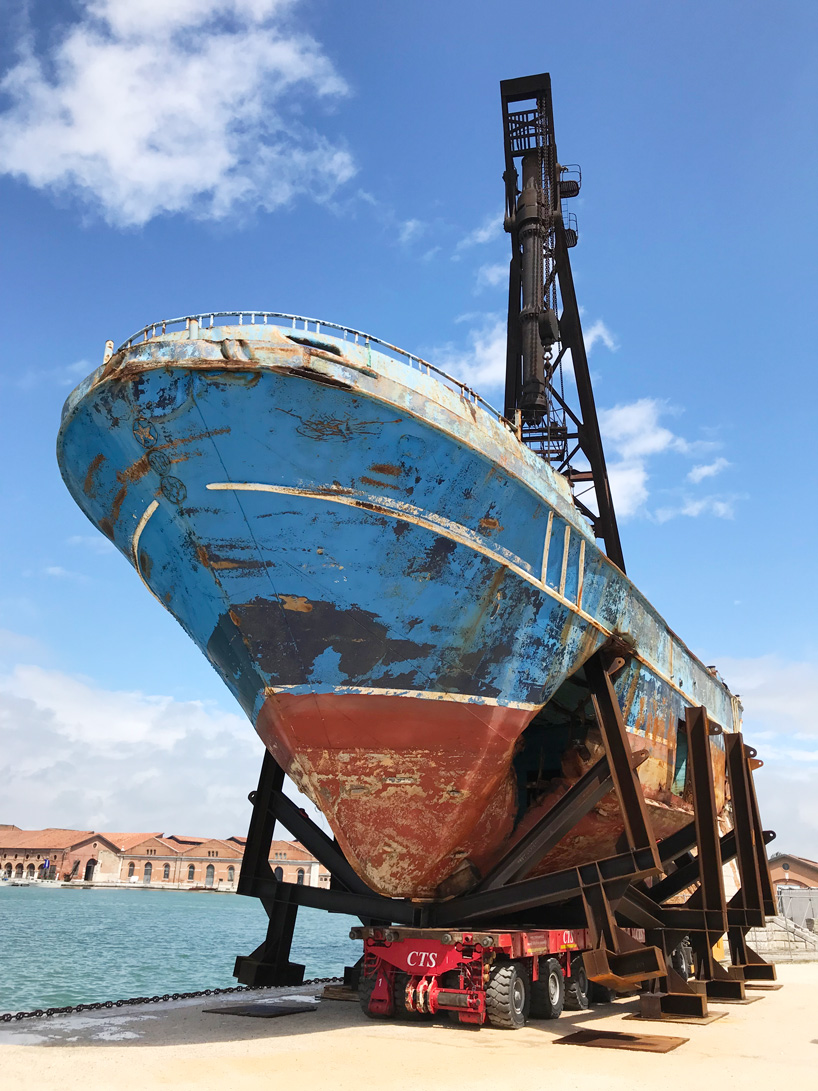 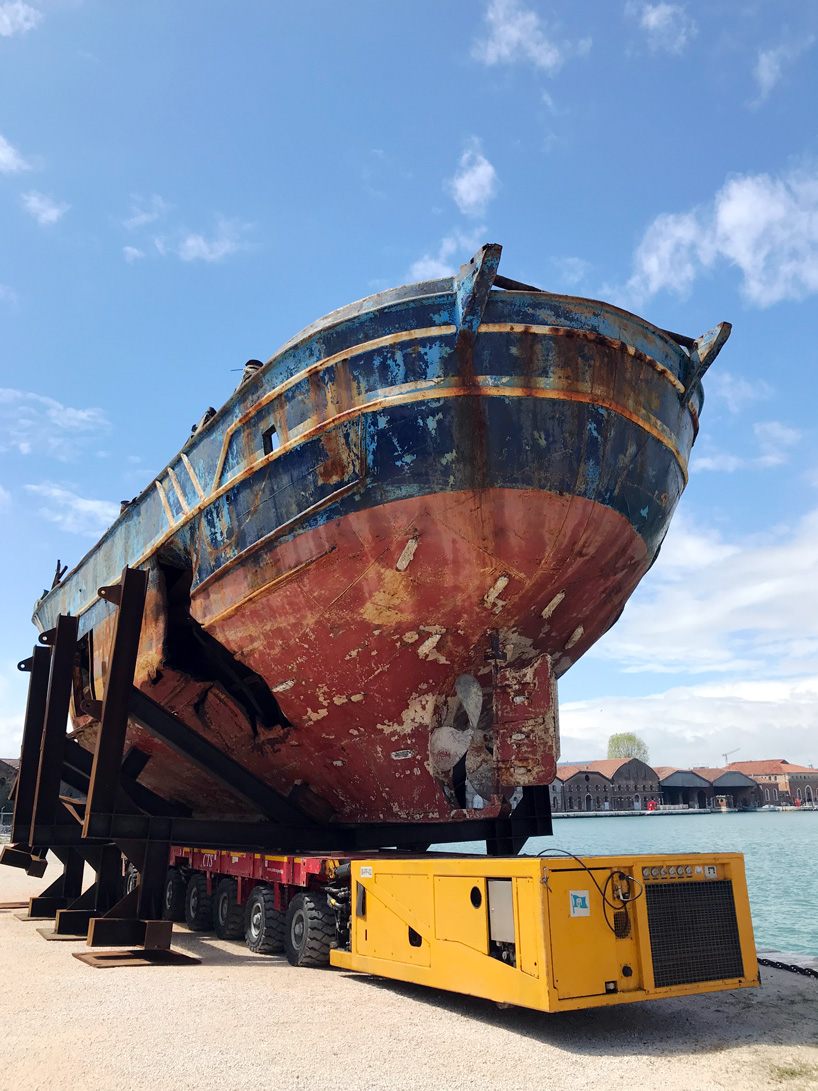 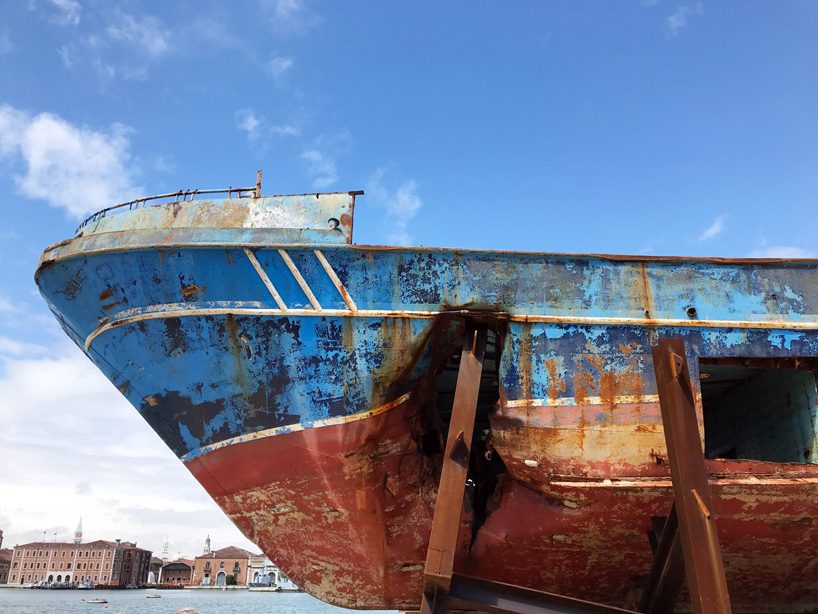 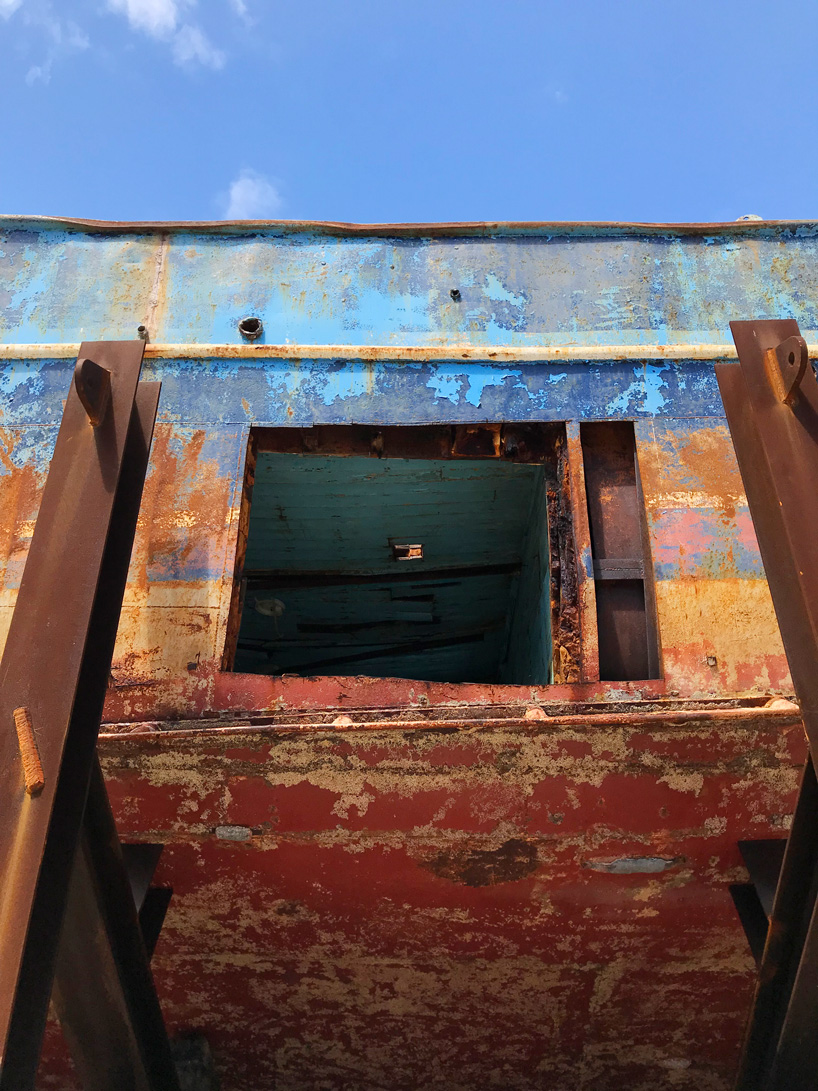 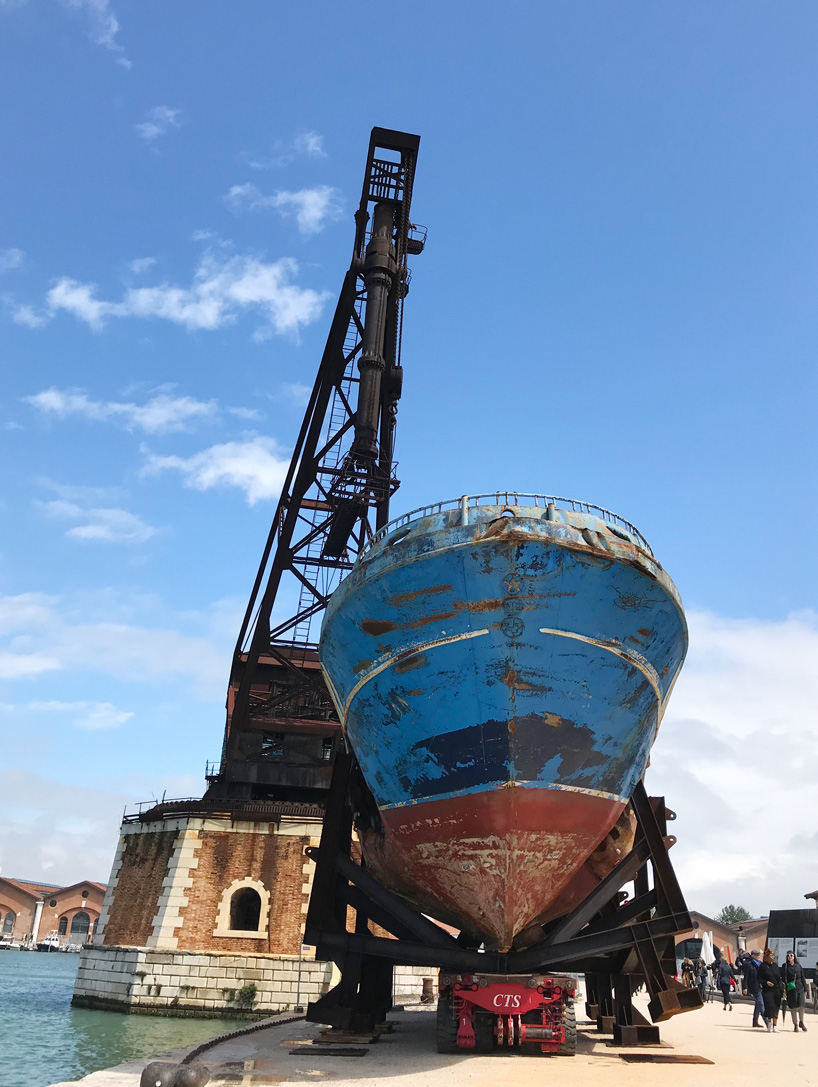