whether you live, have visited or are contemplating taking a trip to new york city, american photographer christopher morris proves that you might not have wanted to be there in the 1980s. at the time, the urban landscape was littered with graffiti, crime and grime, and the underground metro system took the brunt of it. patterning nearly every inch of the train’s interior and exterior walls and surfacing the waiting platforms are a chaotic mess of layers upon layers of street tags, stickers and filth.

morris’ series of images ‘NYC subway 1981’ reveal the poorly-lit subterranean sphere during rush hour — bustling with hoards of commuters pressed up against filthy windows — and at night — when the often edgy scenes expose criminal activities publicly and frequently taking place there. not only do the pictures acknowledge the disrepair of a metropolis in despair, but they also establish a tone of some major cultural milestones. one of the photos taken is of two of the city’s ‘guardian angles’, an organization founded in 1979 to combat widespread violence in the subway, watching over the scene, which illustrates one of the first attempts to improve the situation. another is a rare shot of an original work by artist keith haring crudely drawn on the platform, expressing the street culture of the 1980s. fortunately a bygone era for a now-mended and reorganized commute operation, the series verifies that new york has seen it all. 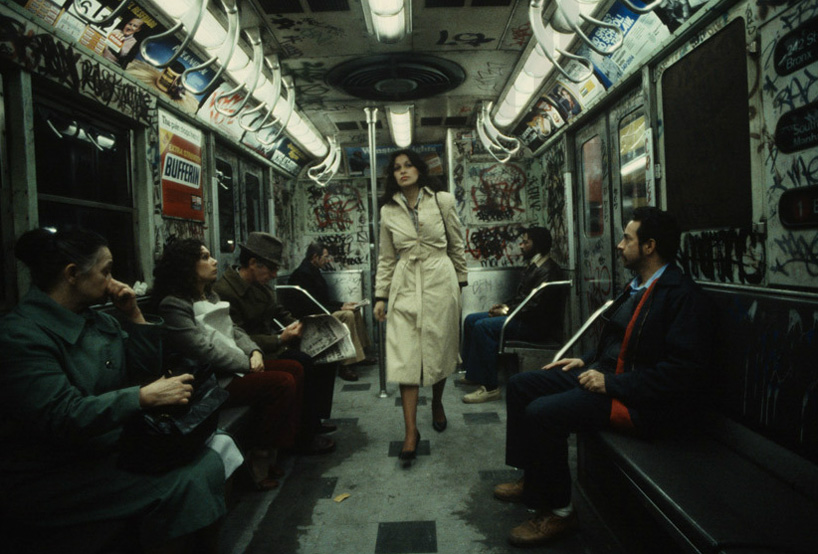 a woman walks down a dirty train car patterned with graffiti 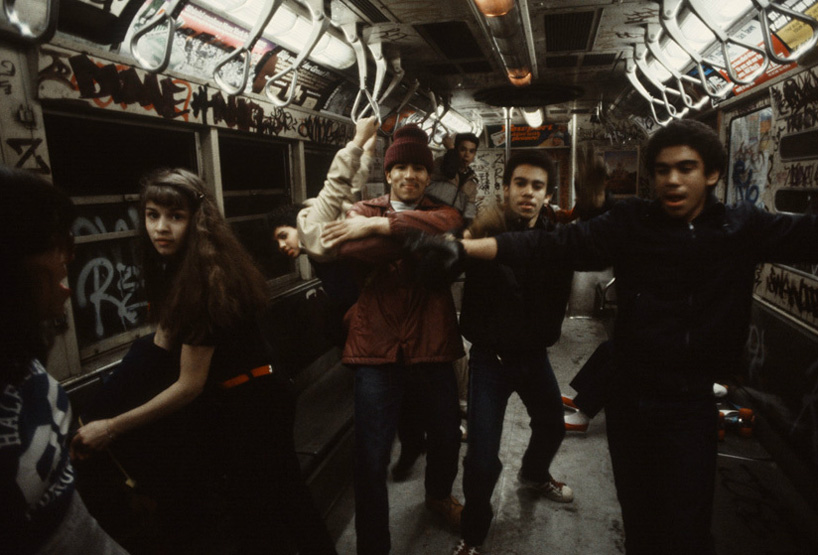 youths on the new york city subway in 1981 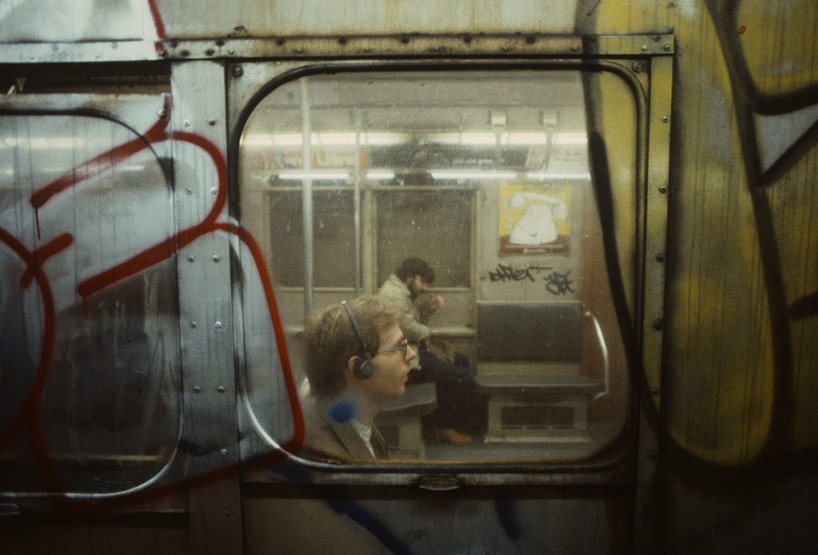 a man photographed through a gritty train car wearing headphones 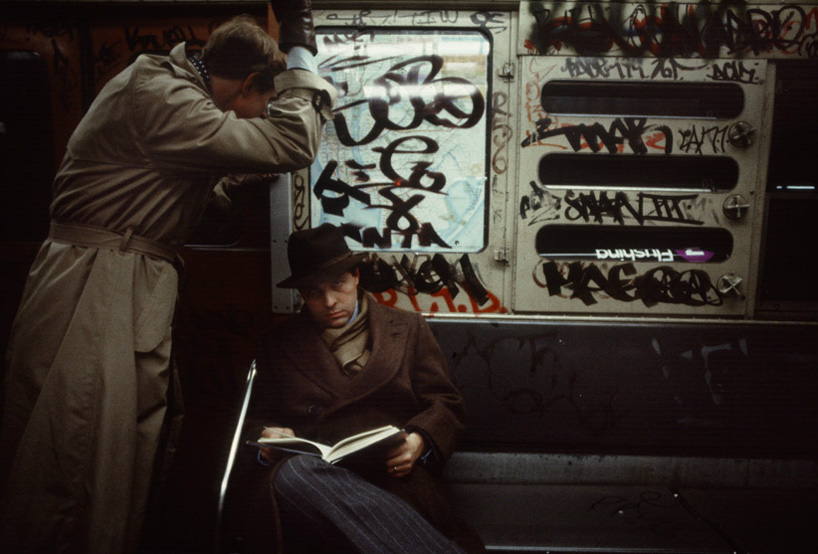 a passenger attempts to read the map through scribbled graffiti 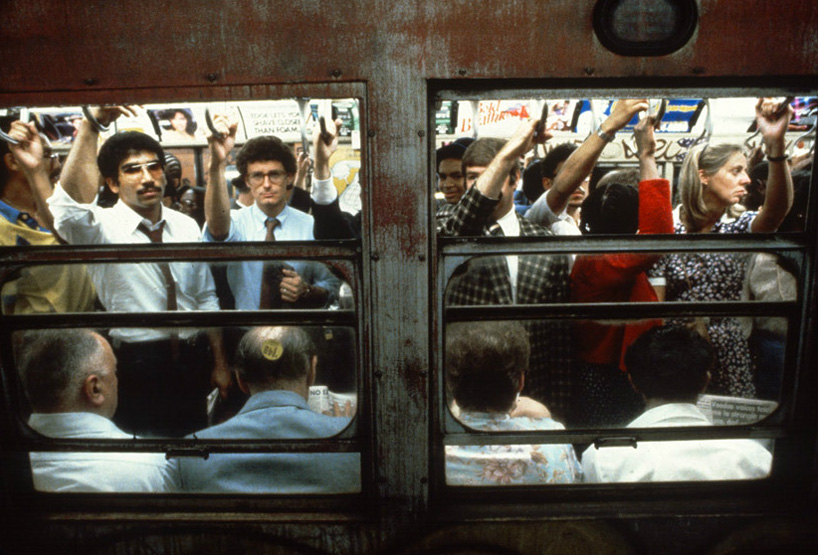 hoards of commuters on the train 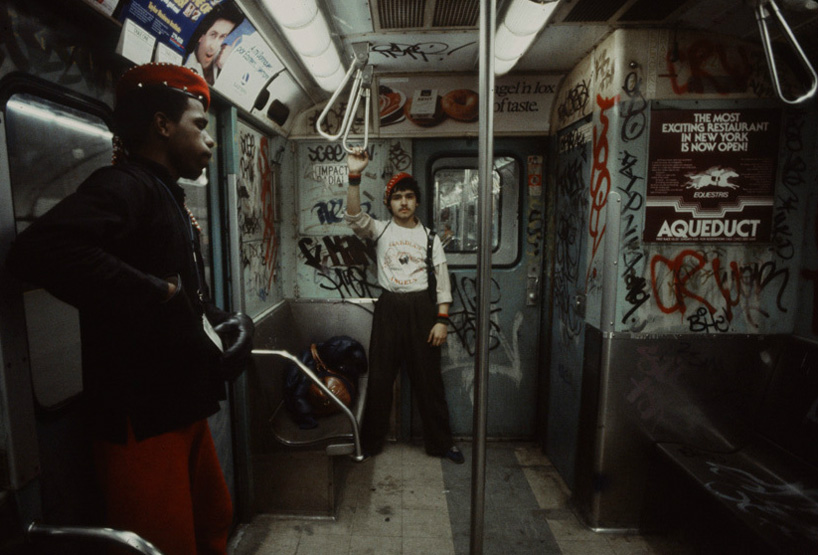 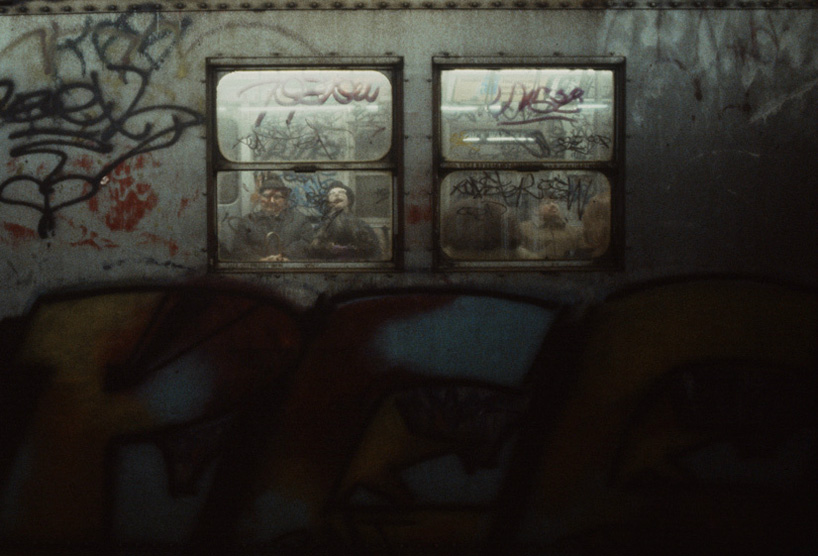 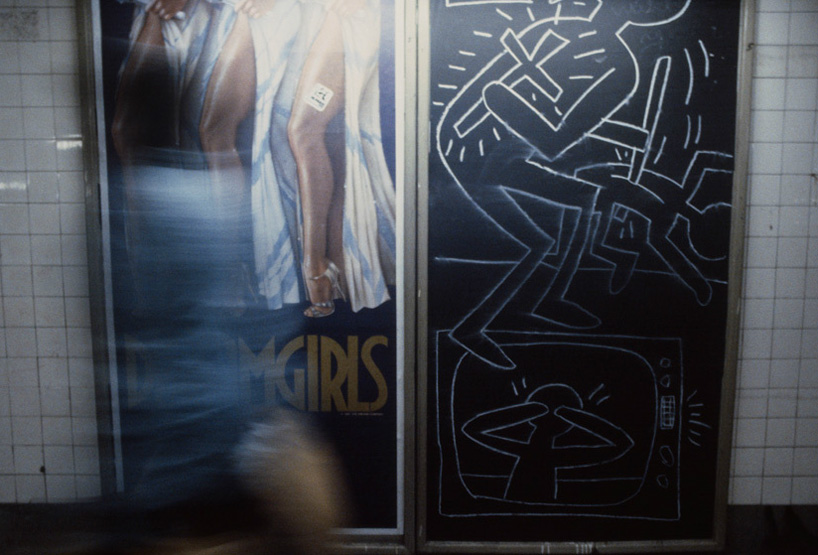 a keith haring chalk drawing on the subway platform

a woman sits in the corner of the subway, surrounded by graffiti

'guardian angels' watching over the subway