‘RPM-1200’ sculptural installation by chu enoki, on exhibition at the hyogo museum of art image © yuto hirakakiuchi via kavc

japanese artist chu enoki created ‘RPM-1200’, a futuristic city formed from salvaged scrap metal reworked in his metal processing factory. ‘RPM-1200’ is the featured piece in a retrospective of enoki’s metalwork, ‘unleashing the museum‘ on display at the hyogo museum of art through november 27, 2011. ‘RPM-1200’ is displayed within the confine of a darkened gallery space, the piece is spotlit, its shadow a city skyline against a bare wall.

the raw, junk metal material for the work was acquired from a nearby factory. the piece is a tribute to iron and industry, even as the highly industrial futuristic cityscape becomes more human in the imperfection of the worn down scrap metal.

rather than adhere to a specific design plan, enoki forms each city segment of ‘RPM-1200’ ‘based on feeling’. his conceptual sketches and drawings are an overarching hope for general form rather than a logistical process mappable in a replicable configuration. 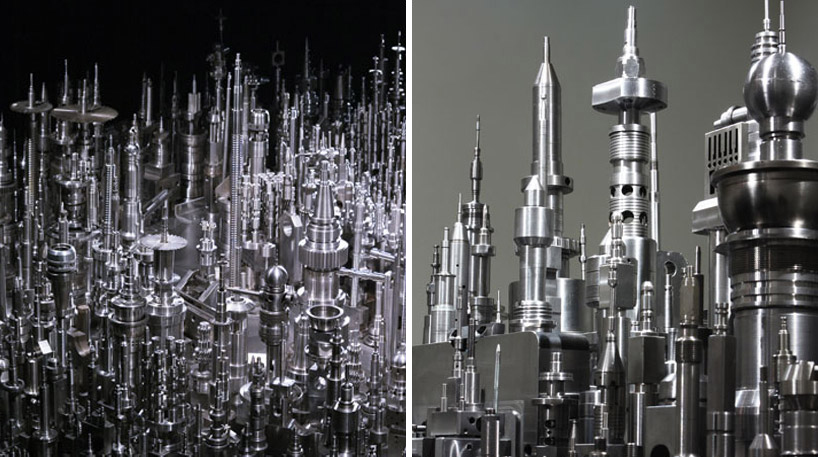 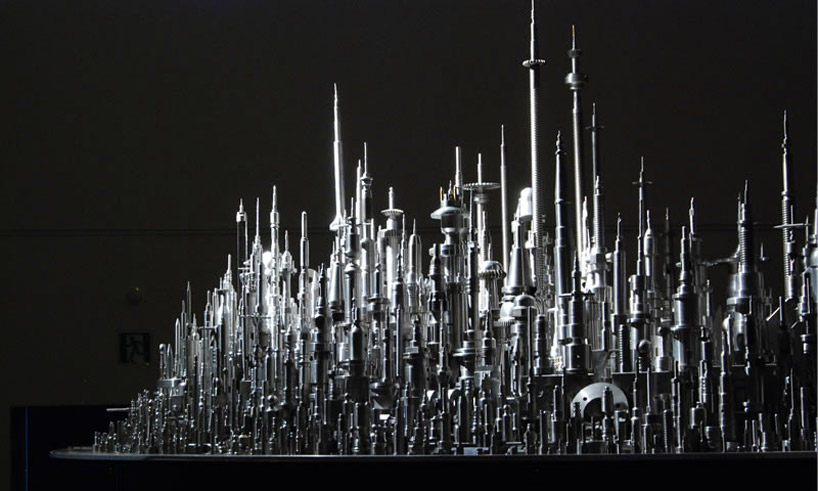 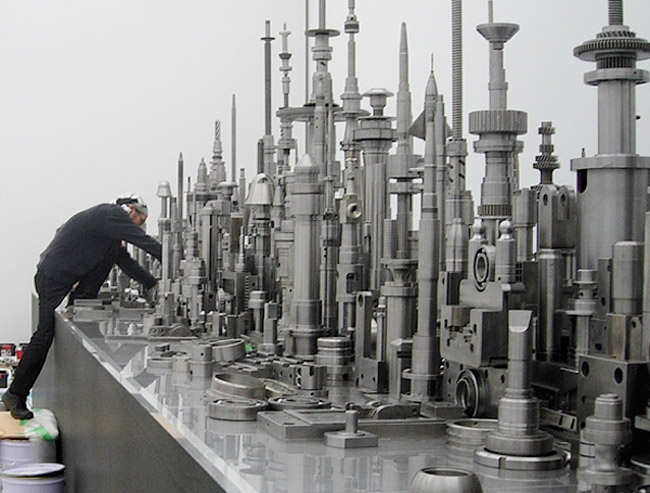 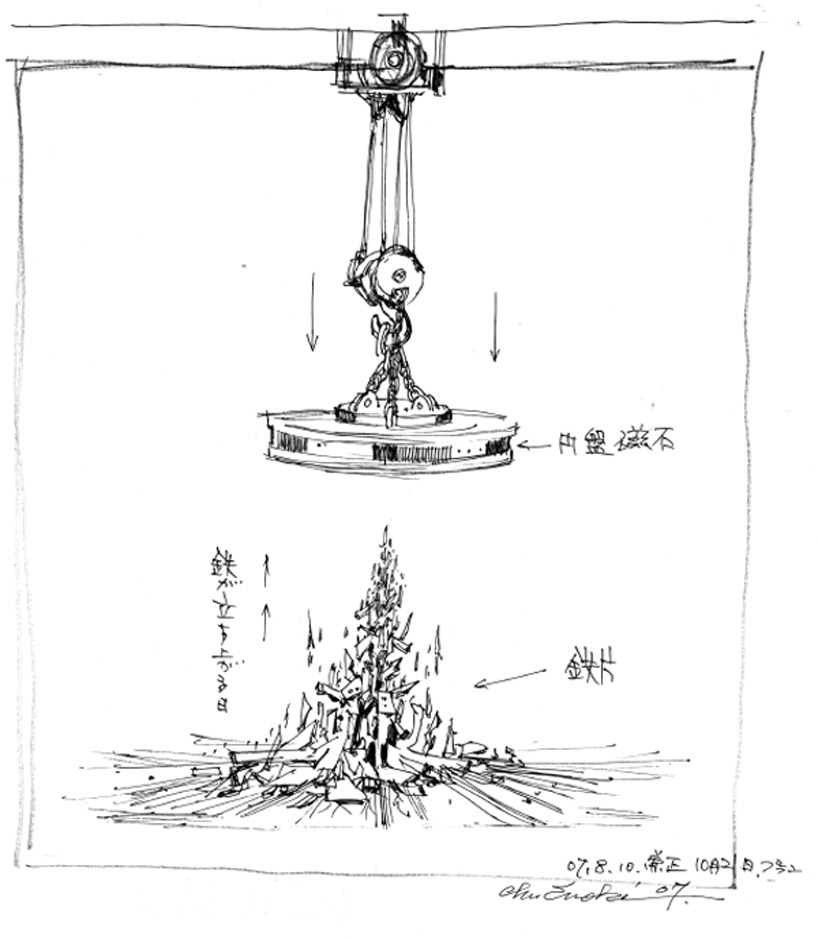 conceptual drawing by the artist, via kavc