british artist dominic harris from cinimod studio has conceived ‘baby flutter’, presented by priveekollektie at designmiami/ art basel 2012. the project is a sequel to an installation of the same theme called ‘flutter’ which designboom covered here, and is an homage to the creative’s ongoing fascination with butterflies. this manifests itself as an interactive artwork, where ten species of the insect are represented digitally on ten small LCD screens, each one reacting to viewers by tracking and following their movements. this is achieved through custom technologies and software where the graceful creatures change from resting poses to slow-motion flight. 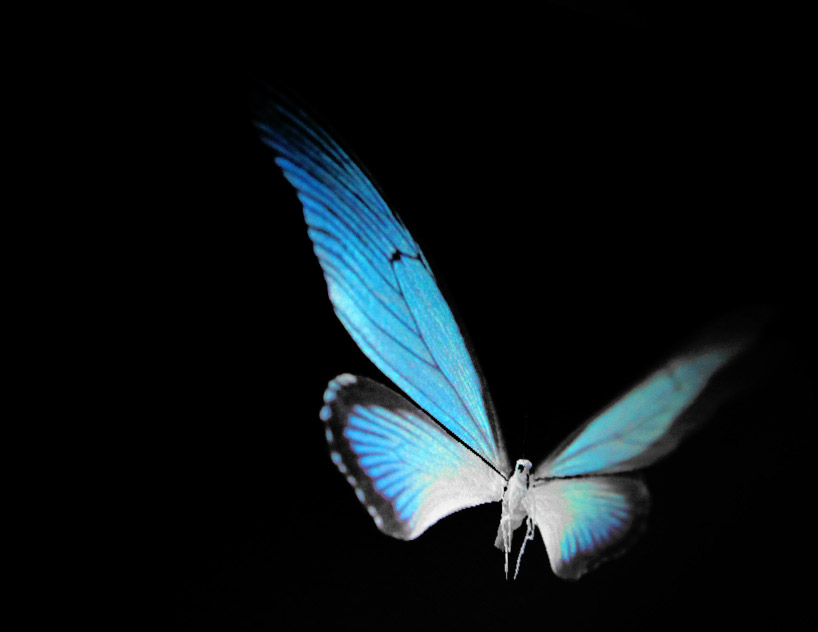 there are 10 species of butterfly in the series image © designboom 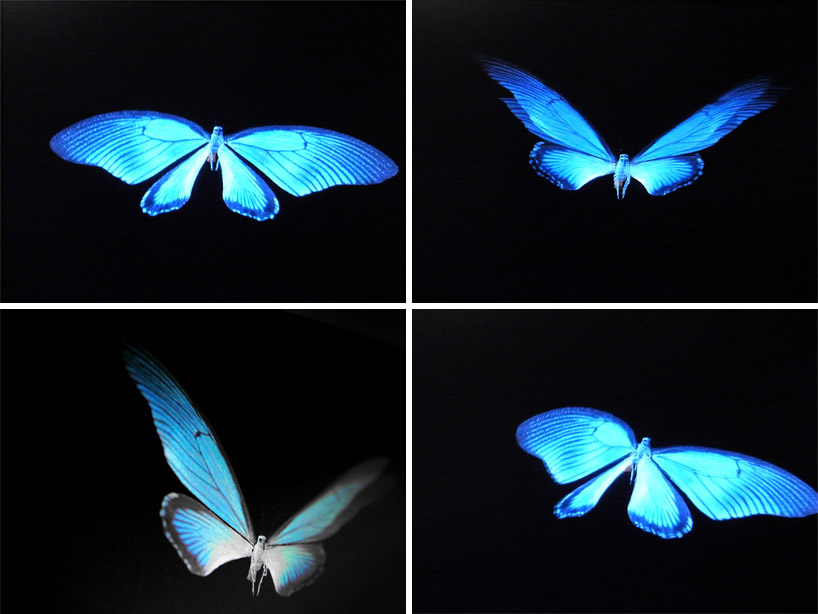 the project uses technology such as infrared image © designboom 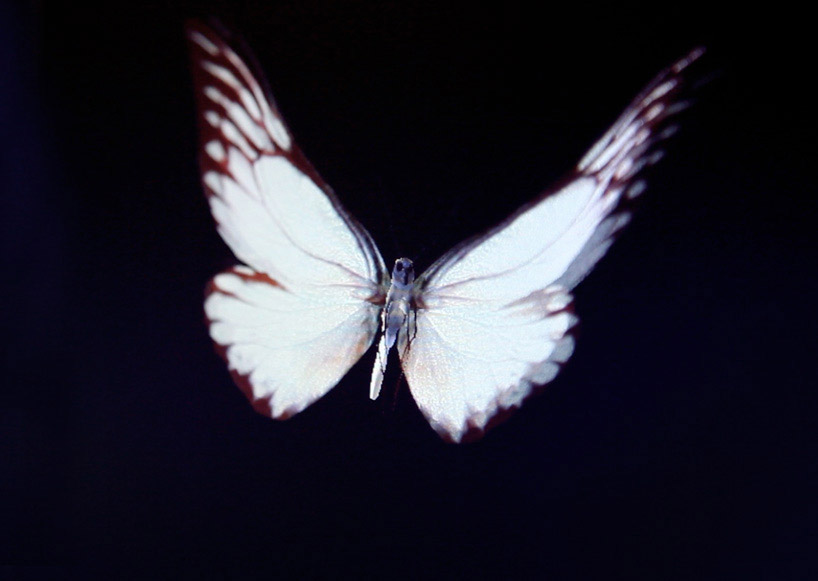 there is one specific species of butterfly per screen image © designboom 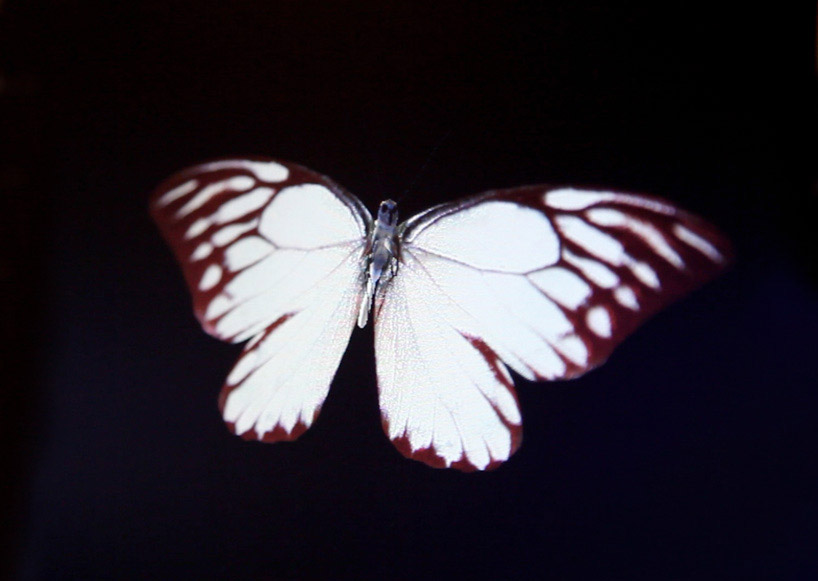 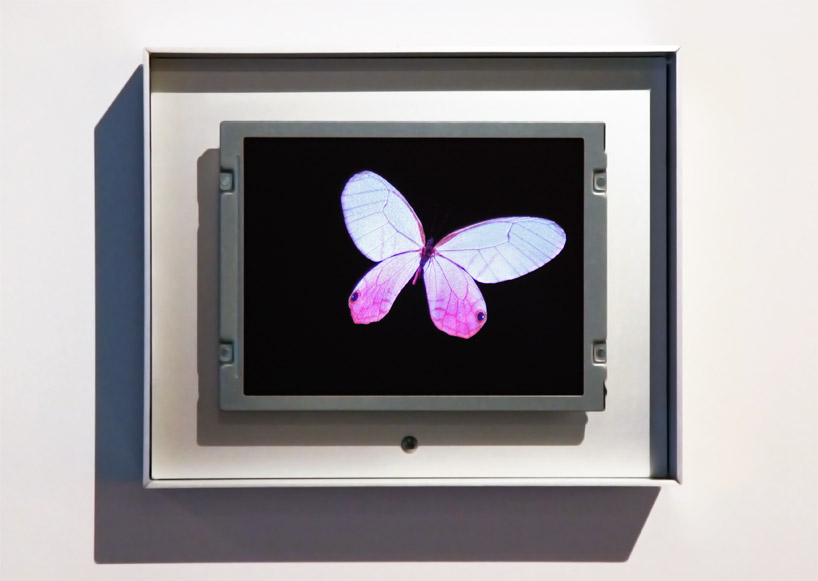 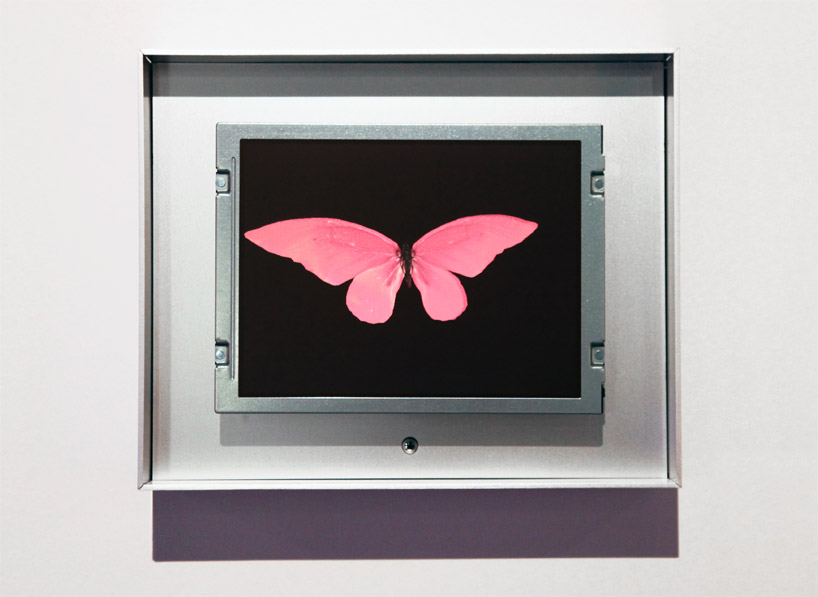 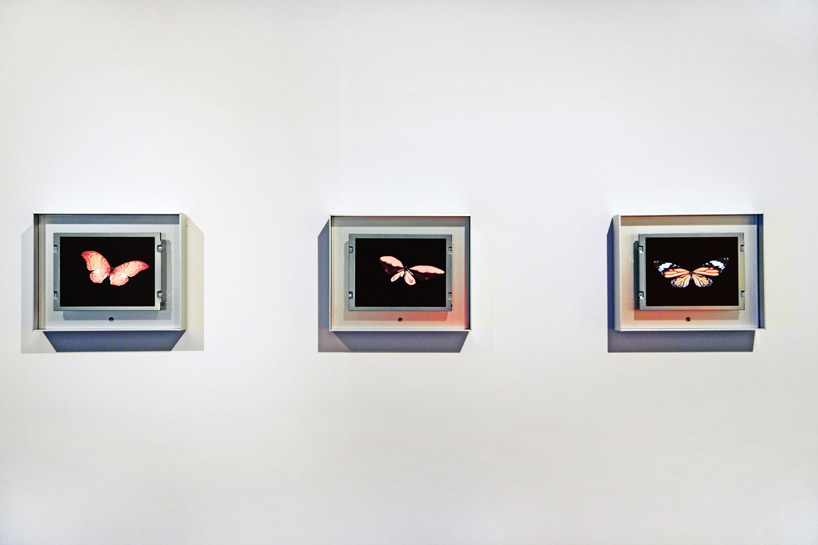 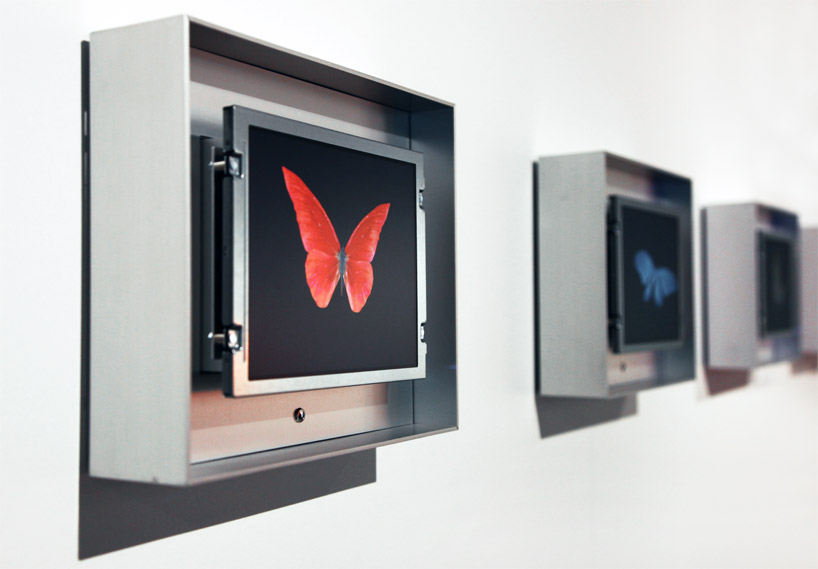 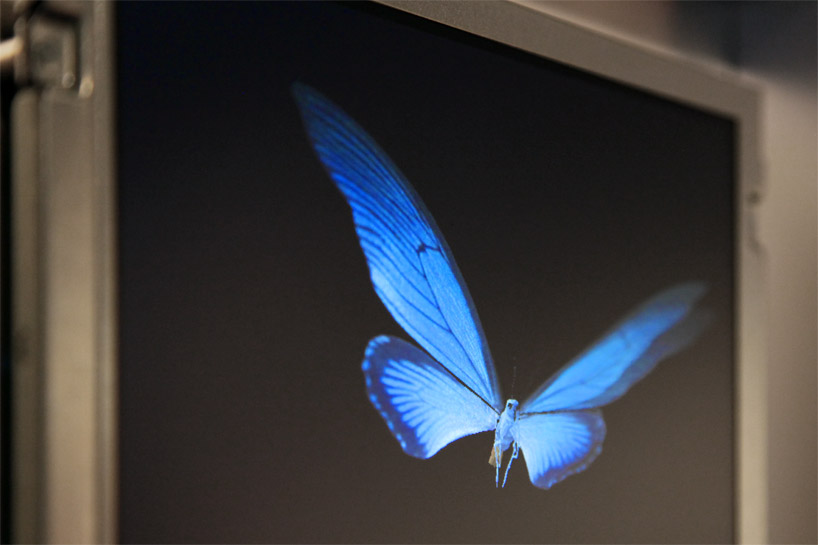 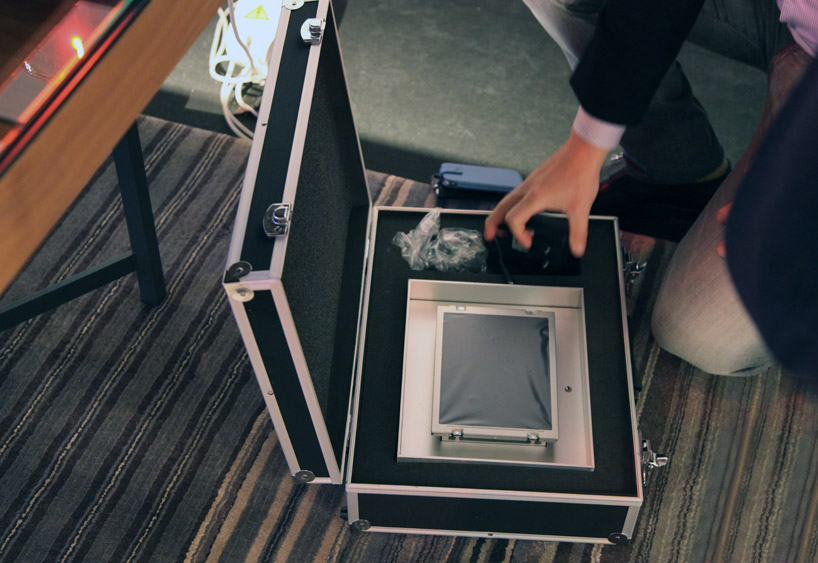 the protective cases of the screens image © designboom 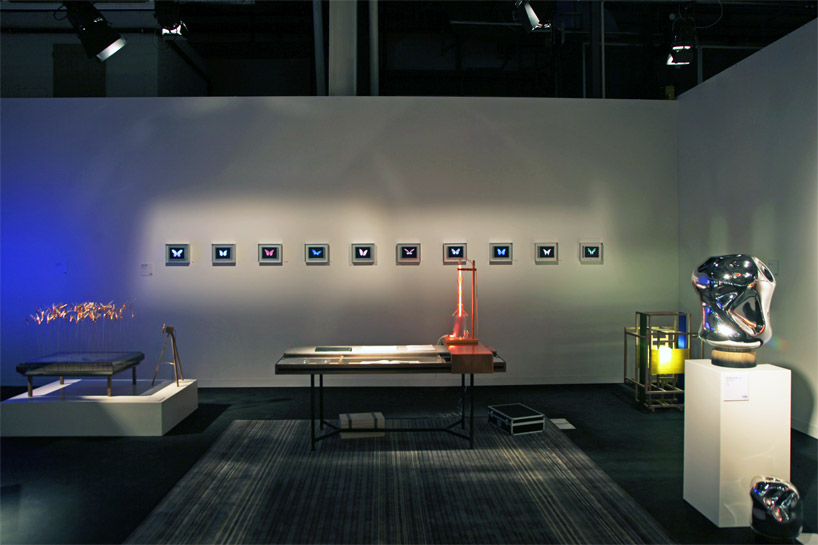 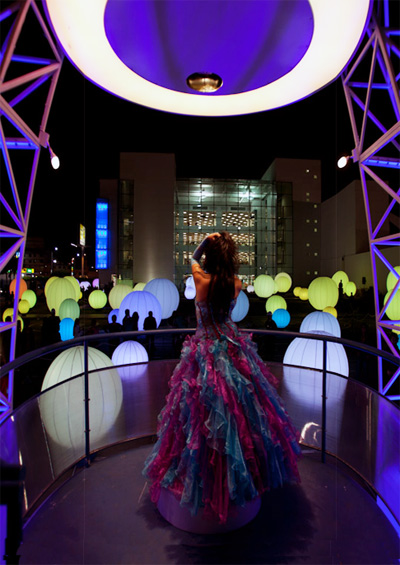 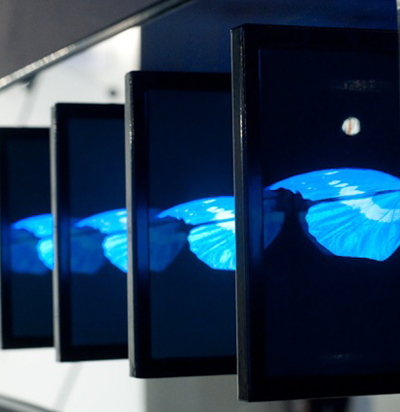