german digital artist clemens gritl constructs artificial and 3D architecture models for his series ‘a future city from the past’, reflecting and exploring urban utopias of the 20th century. the revolutionary social visions of mid century, large-scale apartment buildings, led the artist to gain a deep fascination for such structures.

in this project, gritl seeks to imagine how a futuristic ‘super-brutalist’ metropolis would age, and how an endless man-made landscape, constructed of only concrete and asphalt, would look like. what impact would such a massive concentration of sculptural architecture have on mankind? could such a city succeed in producing a functional society, or would it automatically plunge into menacing social dysfunction? 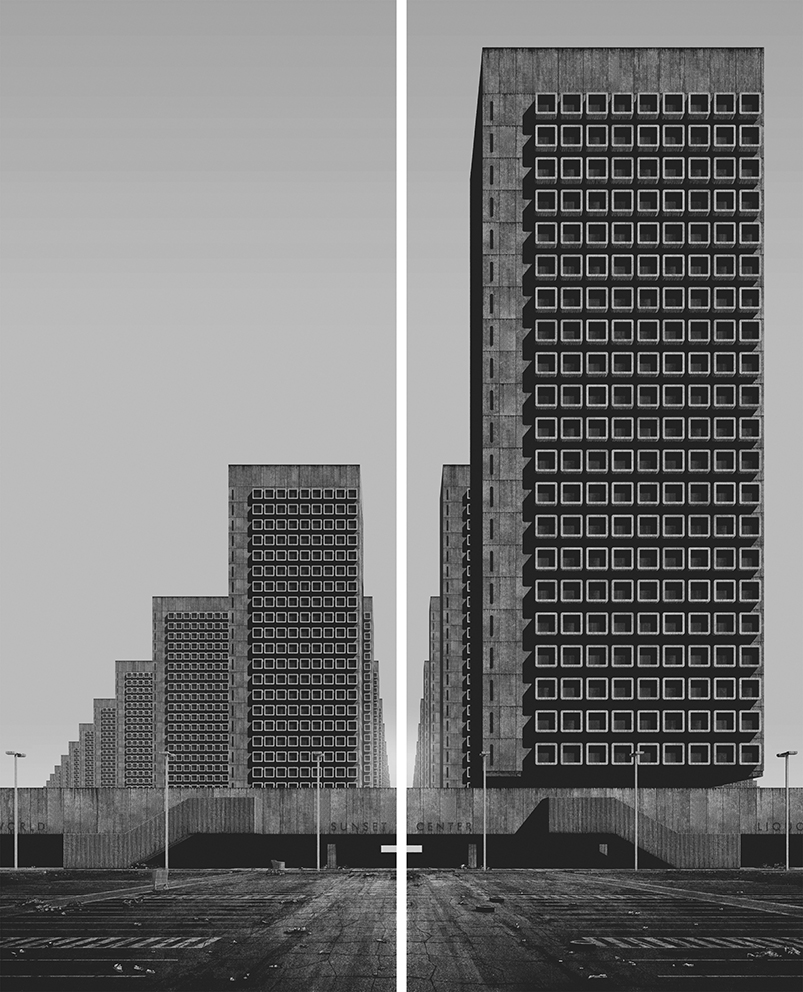 thee photo-realistic presentation is closely aligned with 1960s architecture photography, which documents a singular, unbroken optimism and the radical zeitgeist of its era. ‘the choice to create the works in black and white, was one made to ensure the plasticity of brutalist architecture was illustrated in its truest form,’ explains the artist. 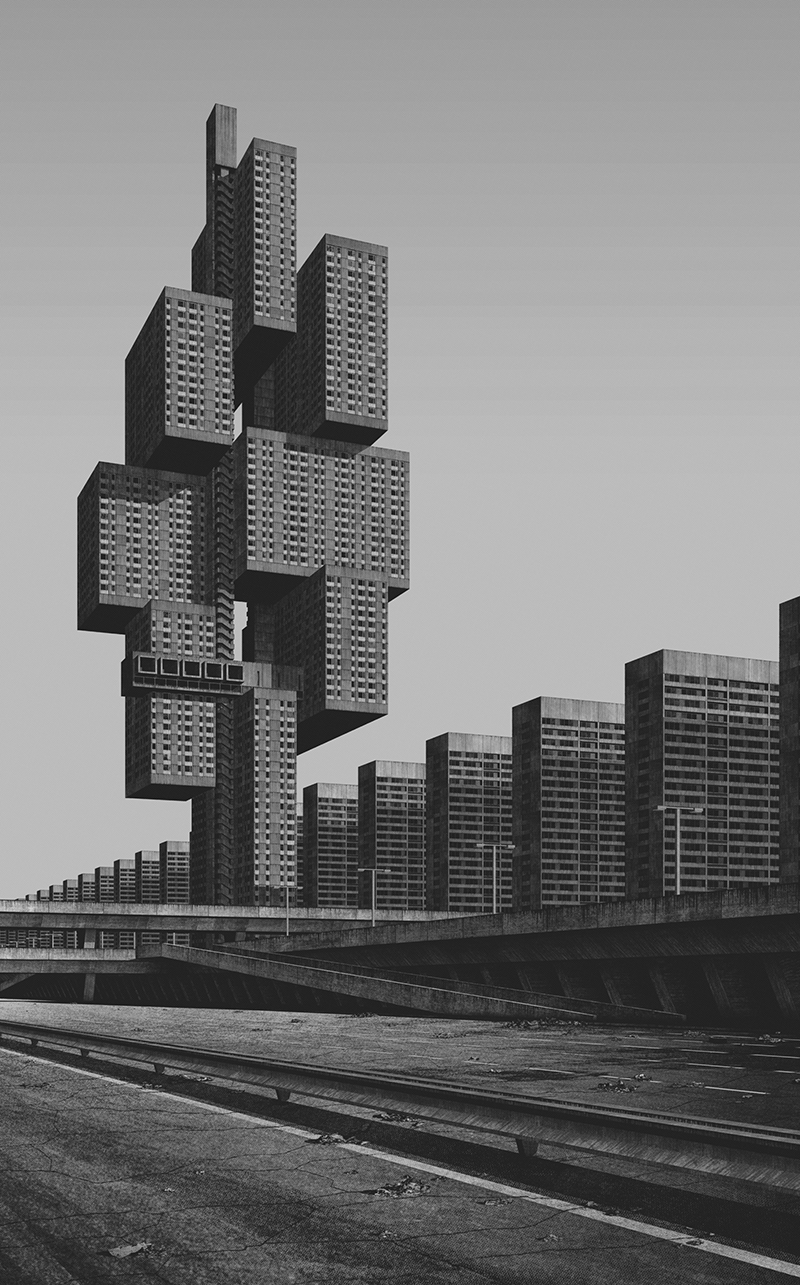 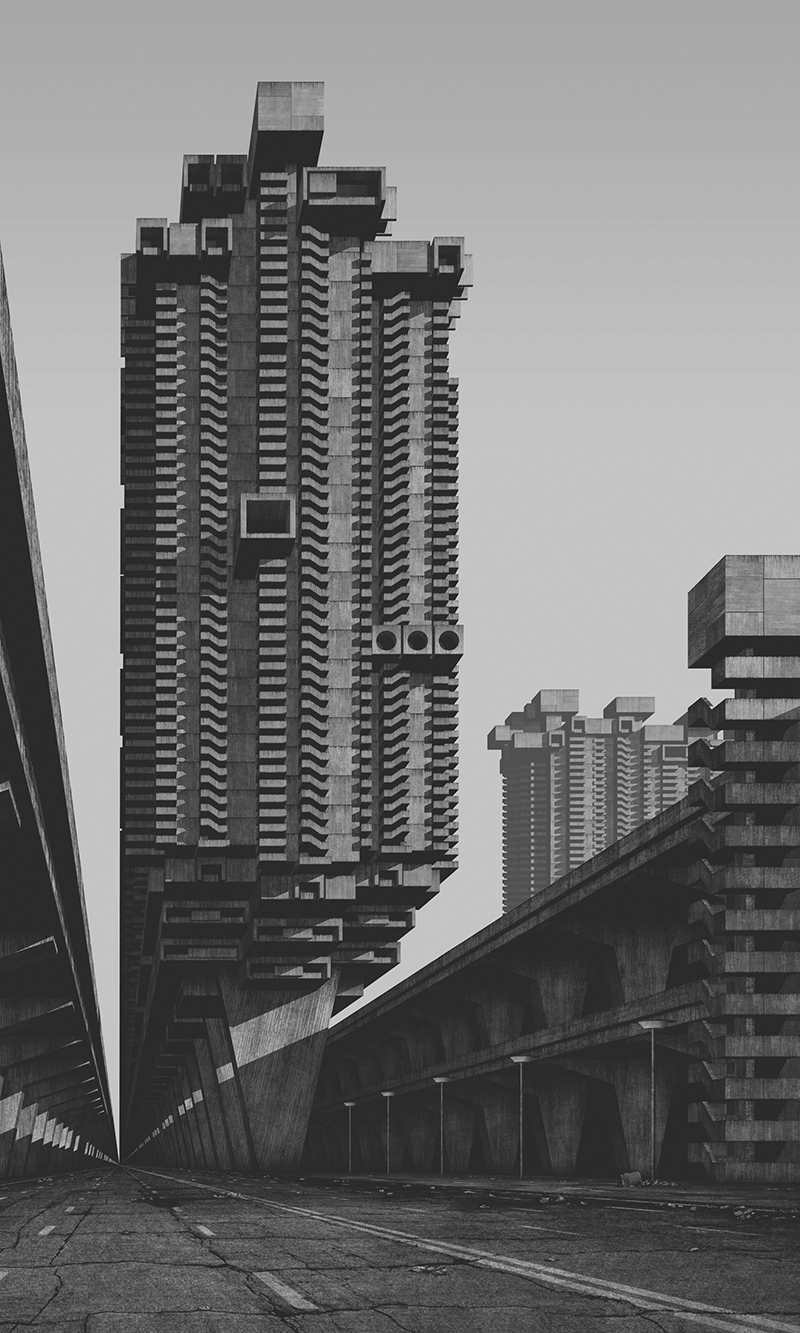