known for its unique characters and mixture of art, storytelling, and fandom, comic con celebrates a broad section of popular culture including comic books, video games, movies, and television. as part of this year’s new york comic con, which saw a record attendance of over 180,000 people during the week-long show this fall, clickspring design was tasked with crafting the exclusive kick-off event for the week of festivities. branded as ‘heroes after dark’, the soirée turned new york’s highline ballroom (a dark, gritty rock club) into a cyberpunk, ‘neon-noir’ environment intended to resonate with the insiders and VIPs in attendance by immersing them in a multi-sensory new world for drinks and dancing. to visually marry the club’s existing interior with the event’s unique theme, the designers from clickspring design utilized reflective finishes, rental led video displays, and pre-fabricated materials such as corrugated polycarbonate – creating an electric, glowing scene straight out of blade runner. 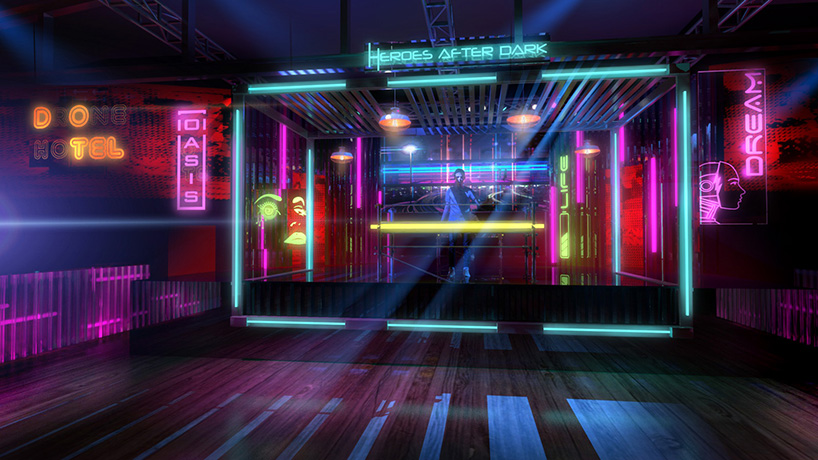 ‘with all the turnkey and rental solutions out there, it’s pretty easy to design a ‘serviceably sexy’ event these days. what’s harder, but inevitably sticks in the client’s mind, is to design something that makes the party-goer feel they’ve walked into a space entirely unique to this event’, said emmett aiello, vice president, design at clickspring design, a new york-based multidisciplinary design firm focusing on broadcast design, branded environments and experiential design.

unique lighting design further helped set the mood for visitors, with glowing elements positioned around the stage. the event design’s logistical challenges included a narrow window for the scenic and lighting installation and a constricted budget. overcoming those issues, clickspring design was able to create a space that set the scene for festival attendees and prepared them for the week of autographs and star panels ahead. ‘no matter what the scale of the project or project budget are, getting the audience to smile or feel some amount of wonder when they pass from the outside to the inside – that is what we are always after’, added aiello. 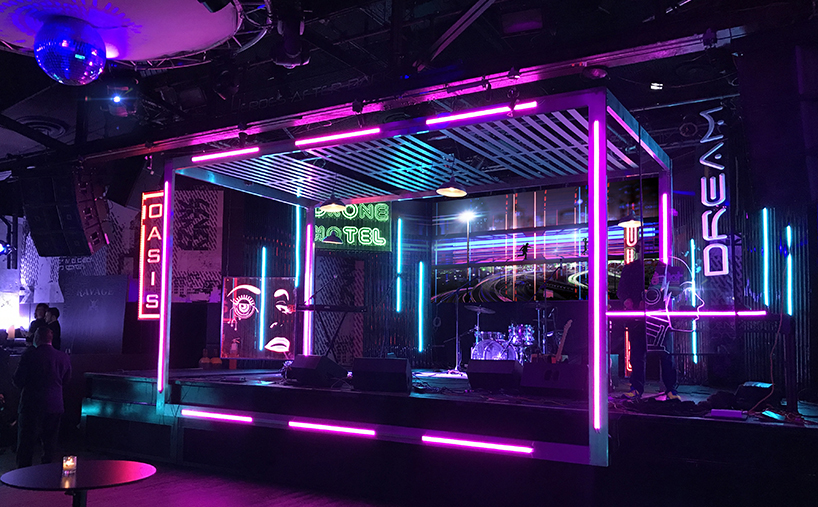 final design for the event