the original concept of the ‘temple of holy shit’ by collective disaster used metaphors from the milieu of religion to communicate the idea of the transformation of the secular miasma (body and bio-waste) into a holy substance (terra-preta soil) that has the ability to regenerate life. however, the local muslim community found the use of the sacred element offensive and, after public voting, the project was renamed into ‘usine du trésor noir’ (factory of the black gold). ‘it was worth sacrificing the initial concept into something that the community can more easily understand, because after all, the value of this work lies in its ability to communicate the concept of terra-preta and compost and its potentiality to create more sustainable mindsets, while, at the same time, offering a social space for the neighborhood,’ says the studio.

the initiative is largely multidisciplinary, drawing connections between the disciplines of architecture, public installations, science, and socially engaged art. apart from a compost toilet and the production facility, the design includes a playground with slides and a stage for performances. a program over the course of the summer is rendering the temple-factory a social space, where the different local social groups can meet and engage together in activities. informational workshops will be held about each of the structure’s methods, children can participate in educational games, and a round-table discussion can help the society progress by talking about sustainable infrastructure. 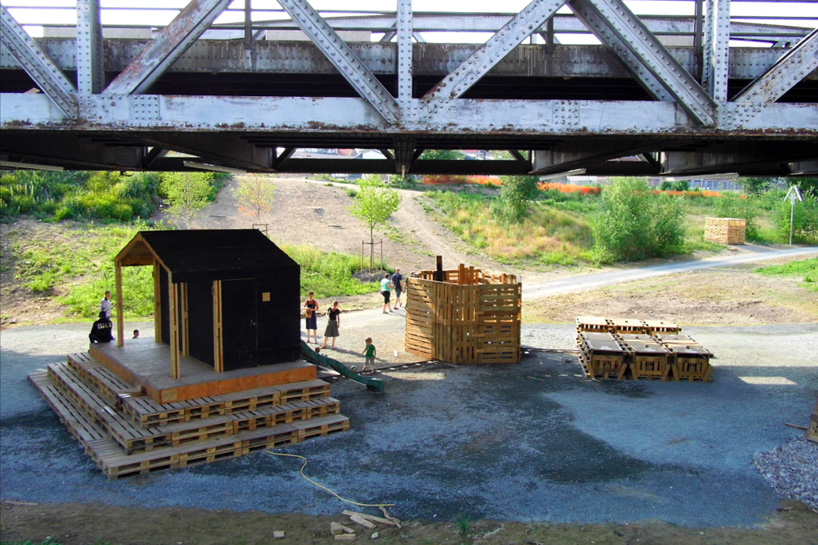 the produced soil is a rich and fertile man-made compost with a high carbon content. typically found in the basin of the amazon, it contains a mixture of manure and charcoal. at the beginning of the process, the liquid is separated from the solid waste in different vessels to avoid unwelcome smells. the solids are then covered with one shovel of charcoal – dust mixed with microorganisms (EM). this prolongs the lifetime of the bacteria in the mixture, helping to break down the waste faster and sealing the odors. once the containers are full, they are moved to the fermentation room, where they will sit for three months while the liquids only require one month. after this duration, they must be transported to the compost bins, where they will remain for a year. the terra-preta can be fed back in the park or to community garden in the neighborhood when all worms are gone after six to twelve months. new vegetables will grow out of of this rich compound and the loop of life will thus be closed. these concepts have led to collective disaster receiving the 2nd prize at the blue responsibility award competition. 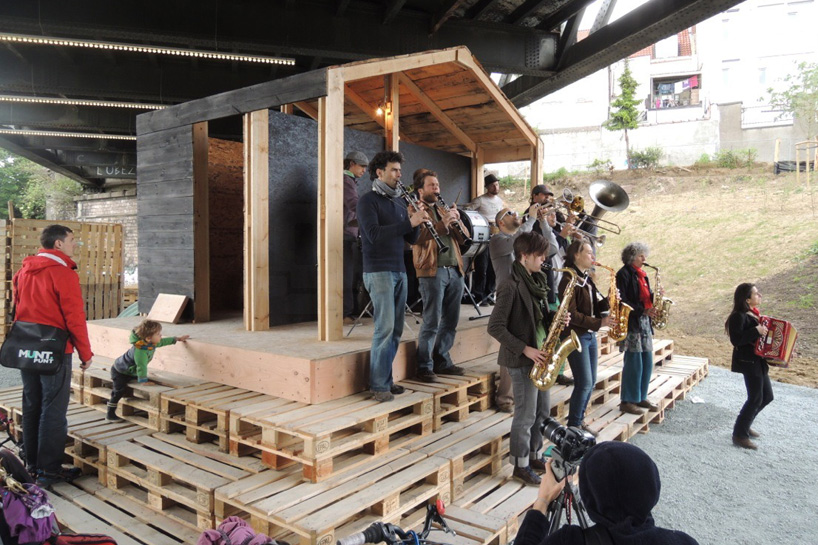 the facade used as a stage
photo © pieterjan grandry 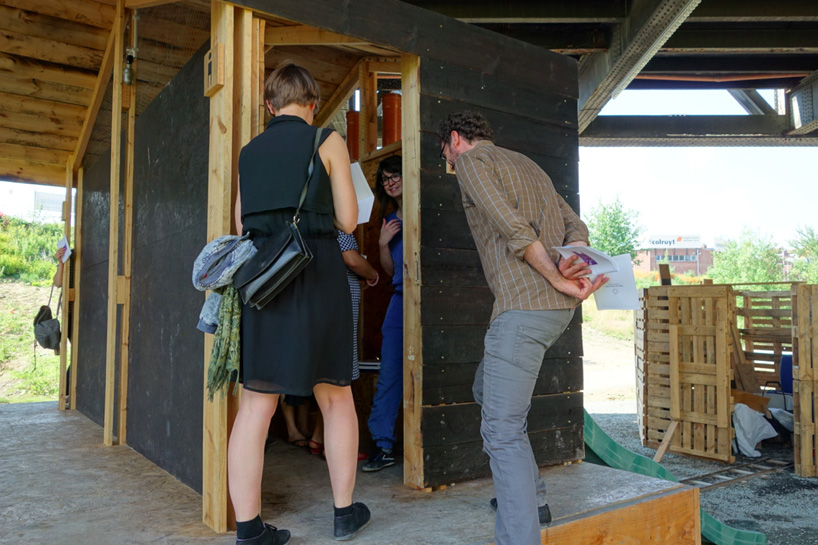 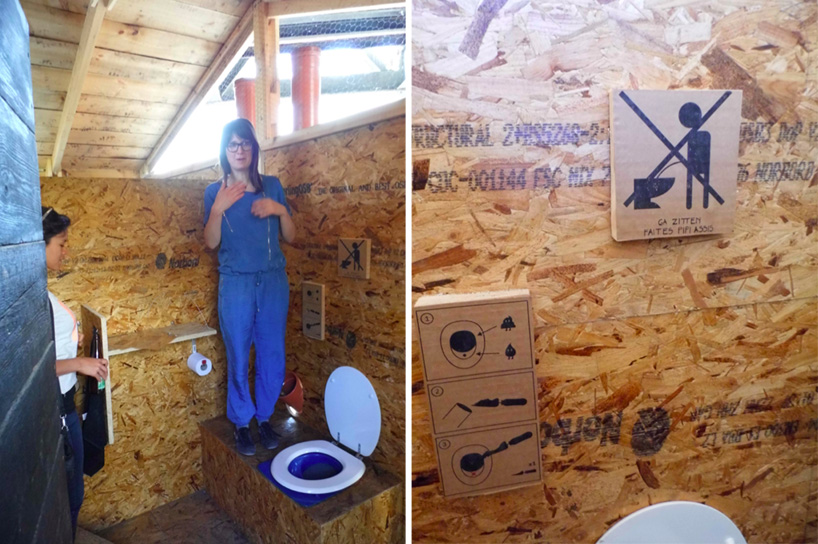 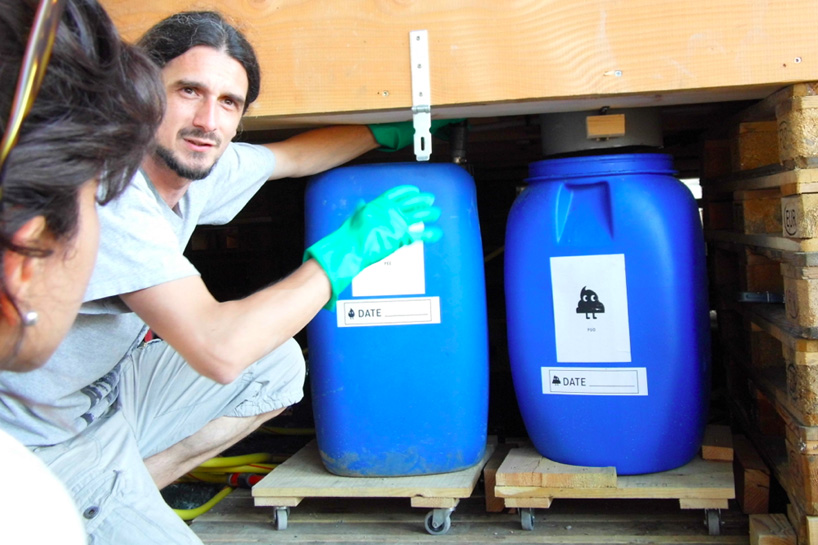 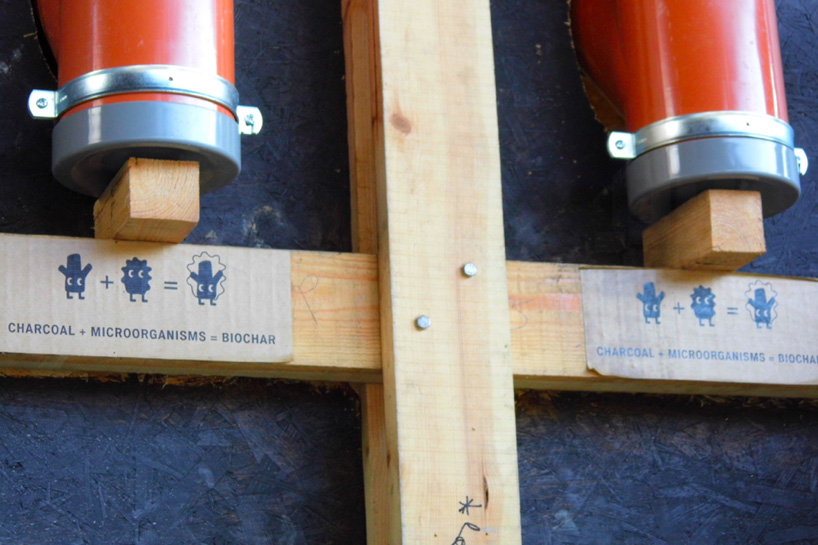 detail of the construction 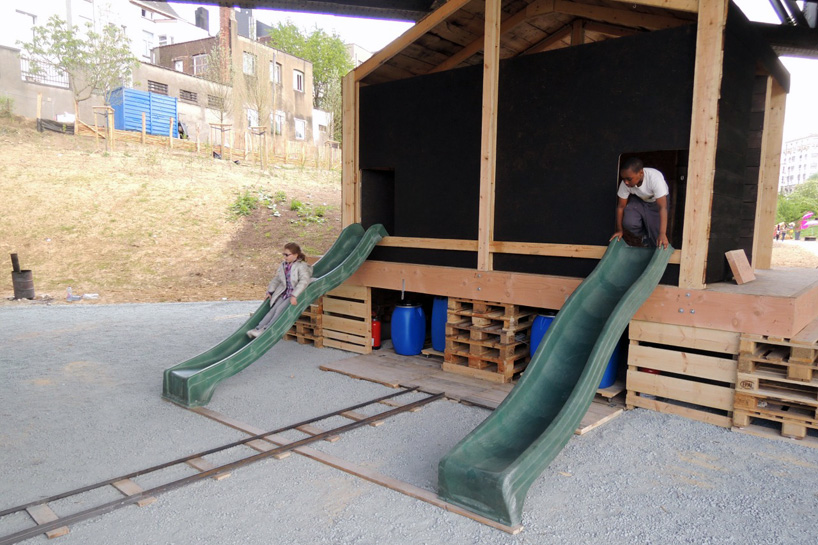 children exiting through the slides 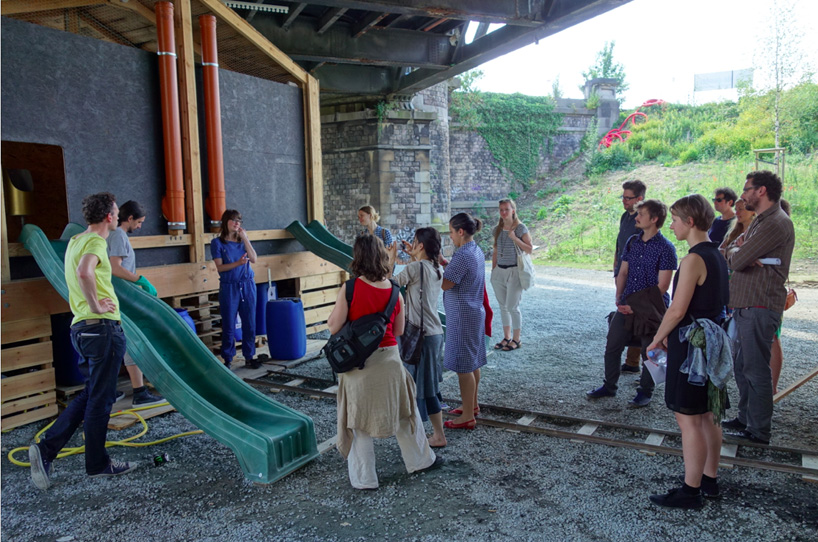 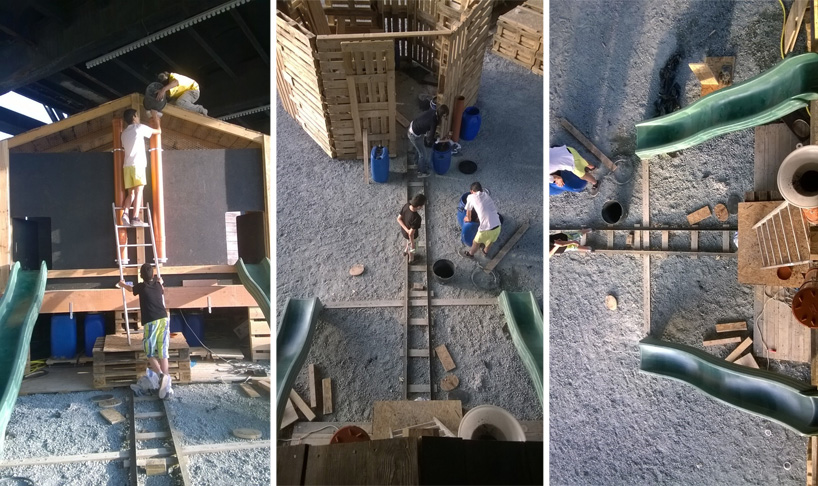 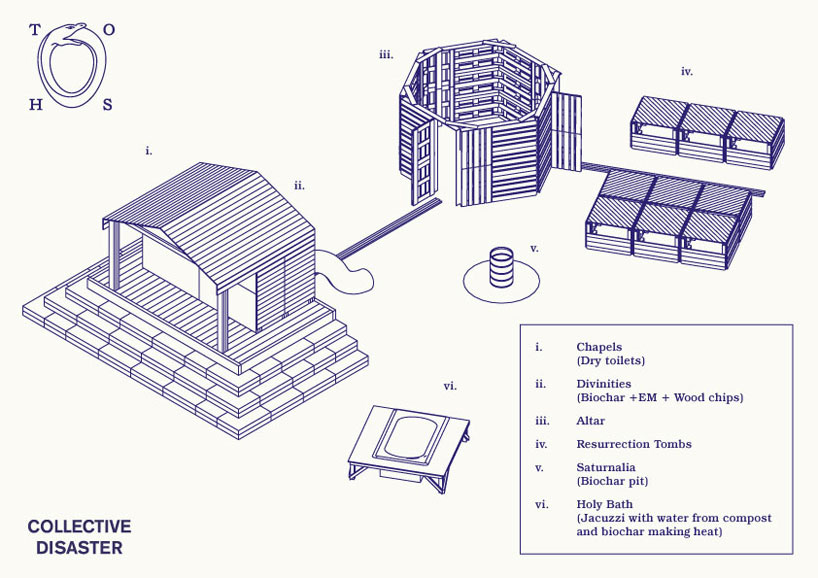 Temple of Holy Shit- diagram of the installation and functions