‘nebula humilis’ by lola guerrera, 2012 all images courtesy the artist

spanish photographer lola guerrera has journeyed to the desert of mexico in order to create her series ‘nebula humilis’. the artist notes that the excessive exploitation of natural resources in this particular region results from a world-wide encouraged materialism. this new interaction with the desert has recently overridden the mexican people’s spiritual conception of this once-sacred space, bringing to the area a sense of imposed silence. guerrera’s photographic series attempts to give a voice to this vast landscape.

each bright environmental intervention is formed from a smoke-signal-like object set aflame picturing mexican mine mouths in the frame as well. the colorful, hovering shapes refer to the cloudiness occurring from volcanic eruption, reminding the viewer of both the volatile and delicate relationship between human beings and the earth as well as our action resulting in the desolation of their surroundings. the photographer experiments with color, texture and volume in her photographic series as each plume of smoke curls and spreads over sand and stone formations. 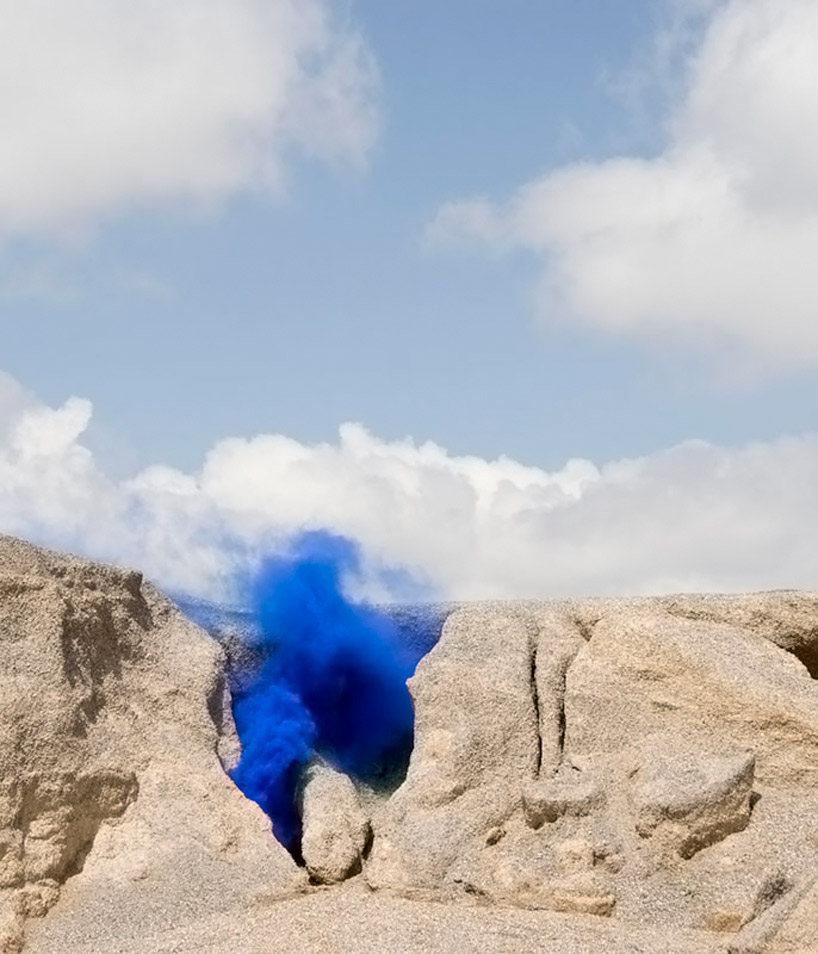 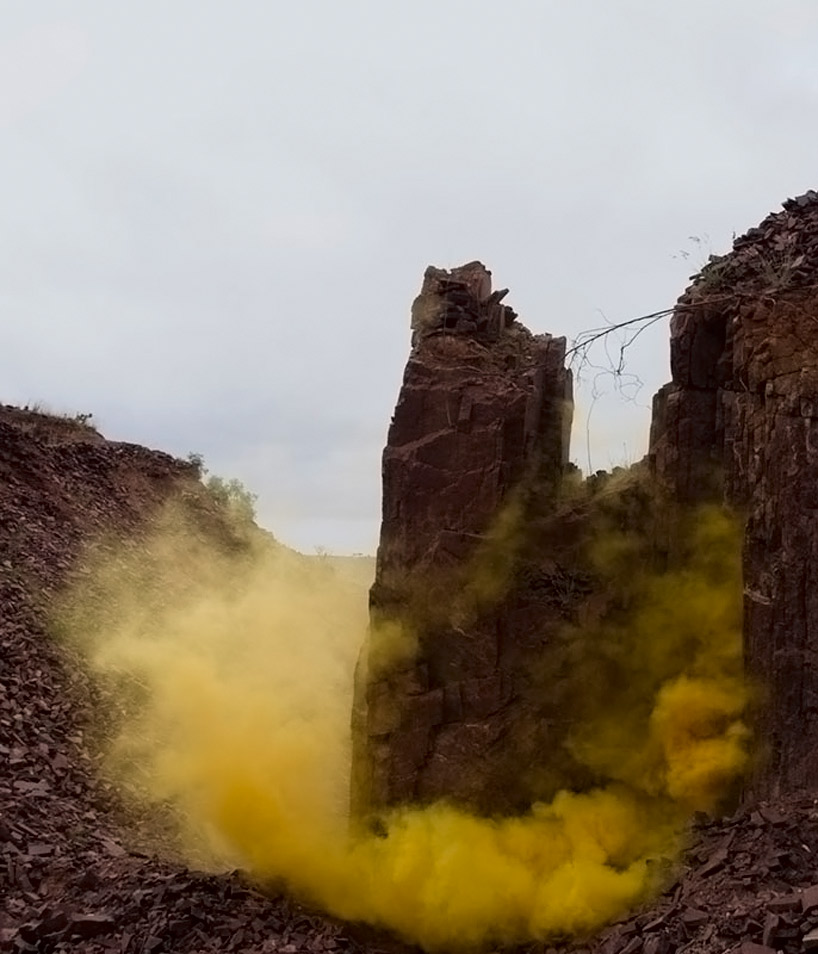 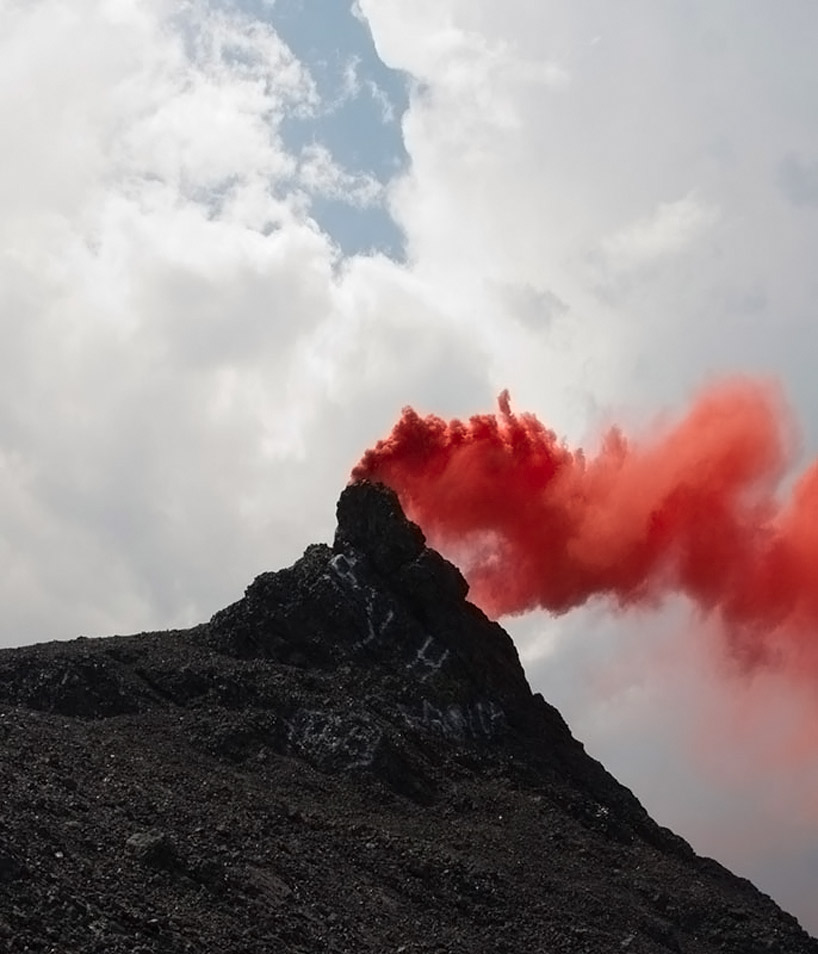 a graffitied rock formation’s volcano-like form is further enhanced by red, billowing smoke seeming to spill out from inside a stone outcropping 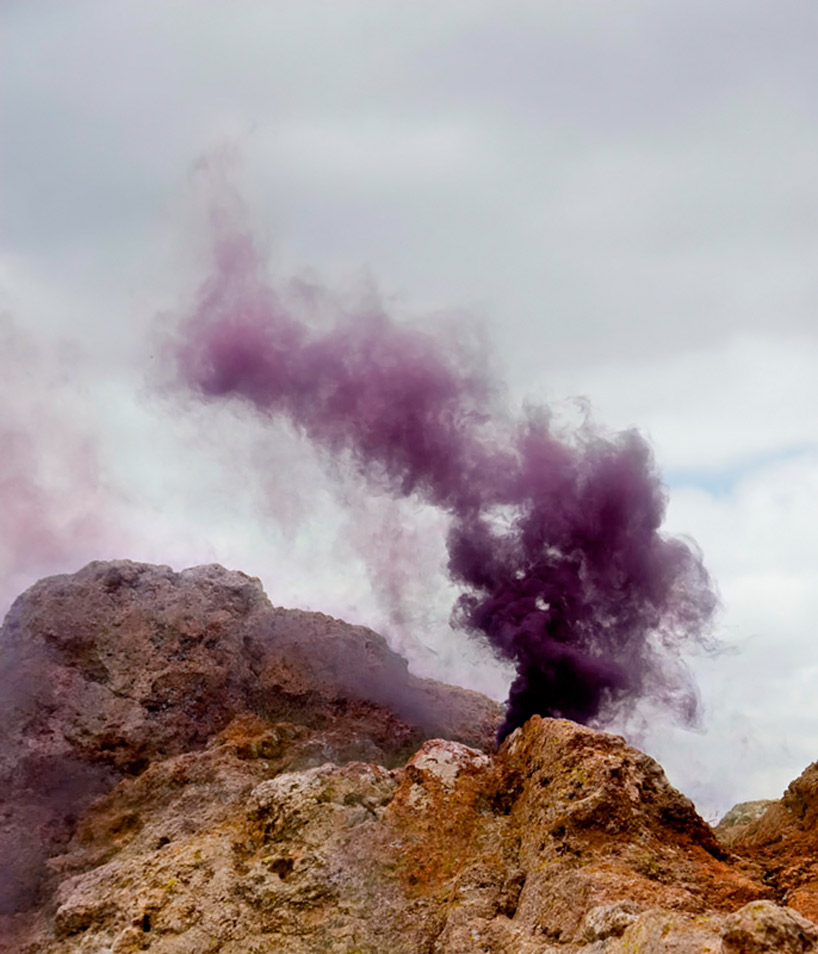 purple smoke rises to from the rocky earth

‘mexico humilis (making off)’ by lola guerrera video in spanish