whether you’re infuriated by it, or nostalgic for it, comic sans plays a pivotal role in contemporary culture, whether used for memes, memos or the occasional rejected resume. the sans-serif typeface has been given a new identity and application, realized by american artist jesse england with his ‘sincerity machine’ typewriter, which prints numerals, upper and lowercase glyphs in the childish font.

by using a laser engraving machine to etch new letters out of acrylic, england then glued them onto the strikers of a 70’s era, sears-branded brother charger 11 typewriter and used a vinyl cutter to craft matching key covers. ‘as part of my ongoing thesis of questioning how we create, consume, store (and fetishize) media’ england describes ‘it’s my wish that a classic, functioning typewriter altered to write in the most popularly despised font of modern times will provoke thoughts about such media concerns.’ 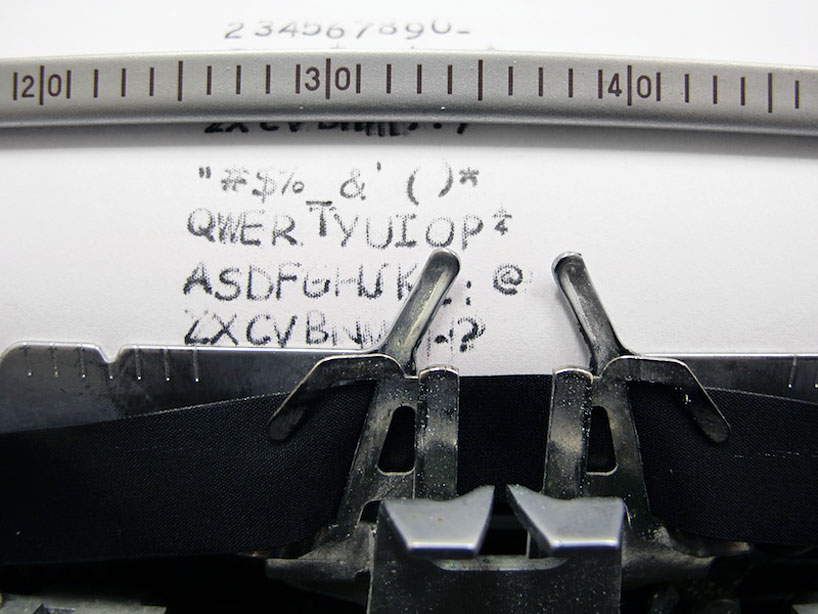 numerals, upper and lowercase glyphs are printed in the childish font 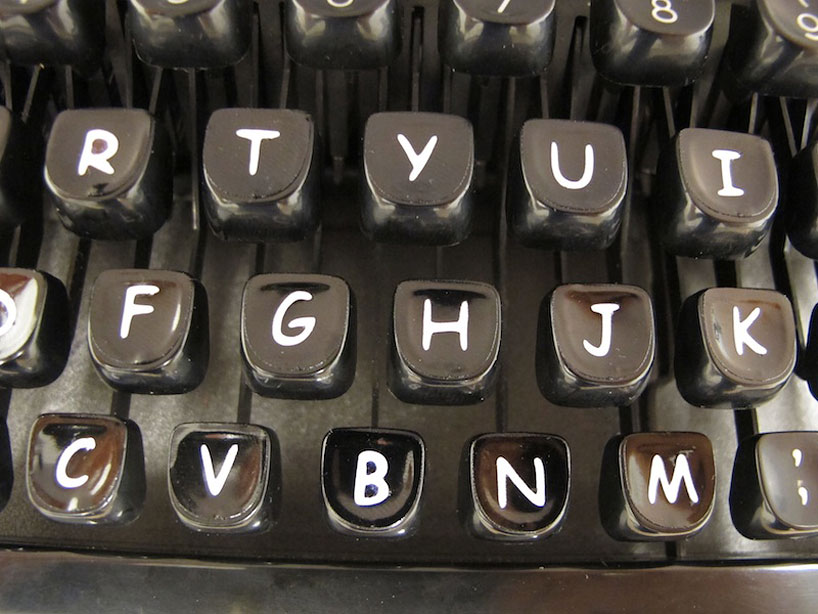 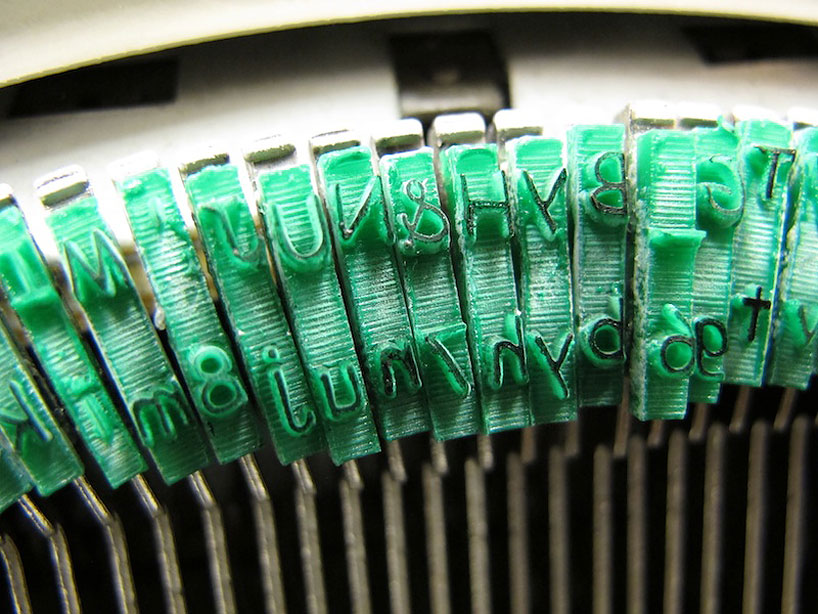 a laser engraving machine has etched new letters out of acrylic 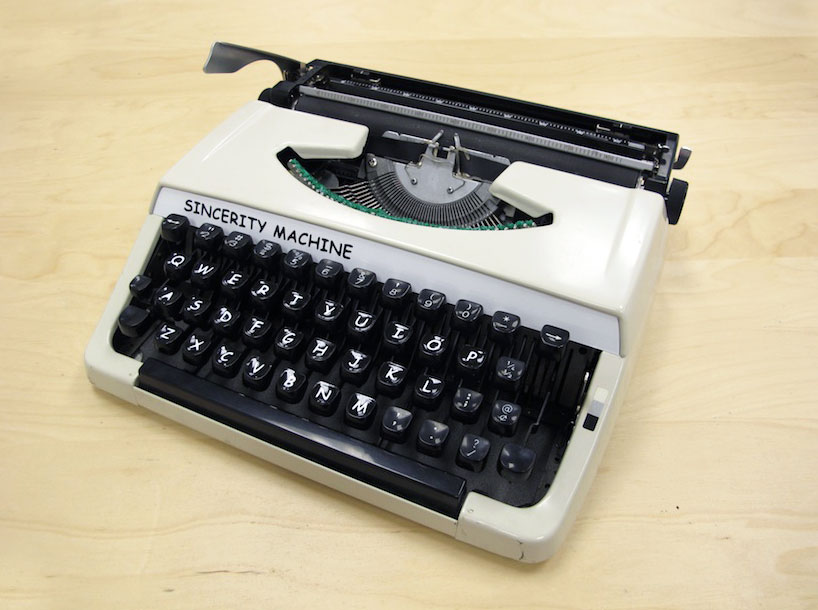 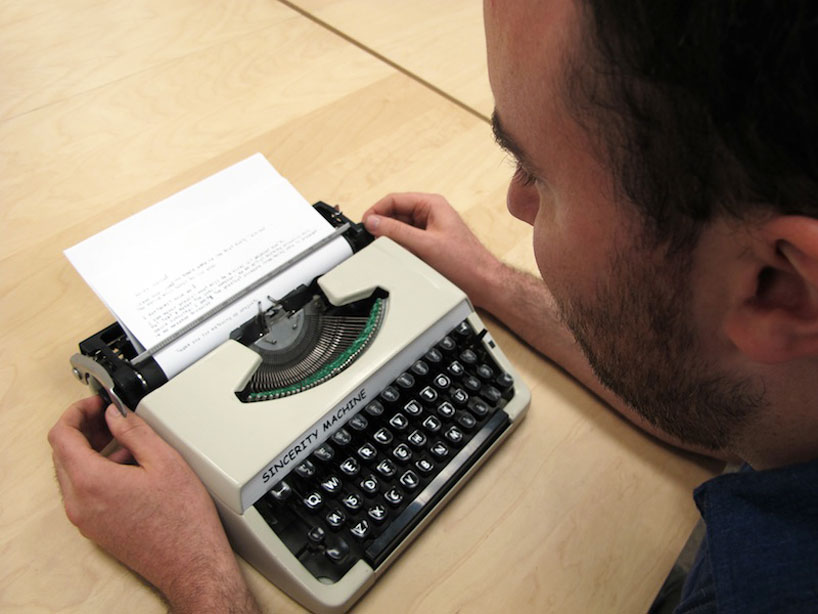 the comic sans typewriter in use