using myriad fragments of legitimate monetary bills, american artist mark wagner intricately crafts collages that speak to the cultural, economic, and political roles that currently play in contemporary society. a blade and glue are the artist’s primary tools, as he cuts and tears away morsels of U.S. paper dollars and reorganizes them into complex and ornate visuals. materializing portraits, landscapes, and historical scenes, wagner transforms the icon of capitalism into representational snapshots, from the story of the founding fathers, to mythological tales. asking the observer to question its influence and relationship to art, the assemblages steeped in symbolism and concept simultaneously prove that a single dollar bill is a ripe aesthetic medium. wagner’s work was recently exhibited at miami project art fair, a satellite event coinciding with art basel miami beach 2013. 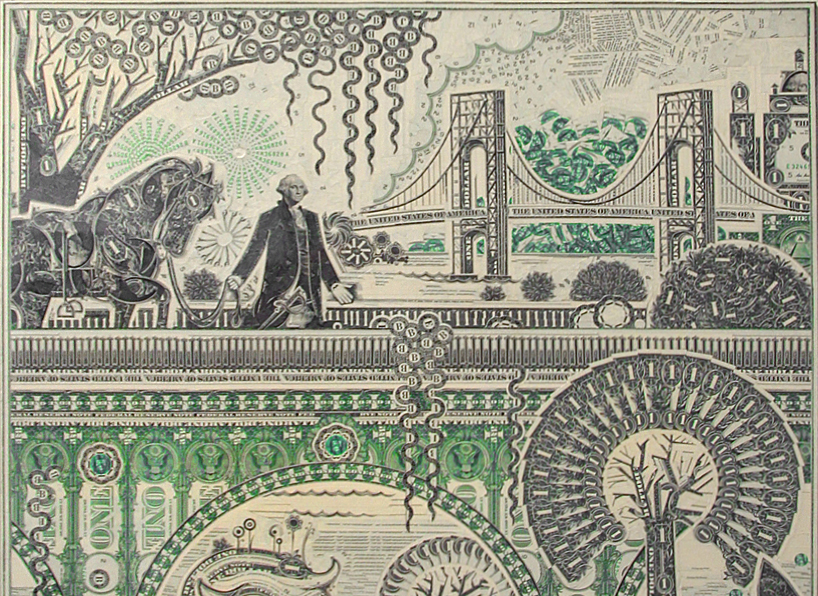 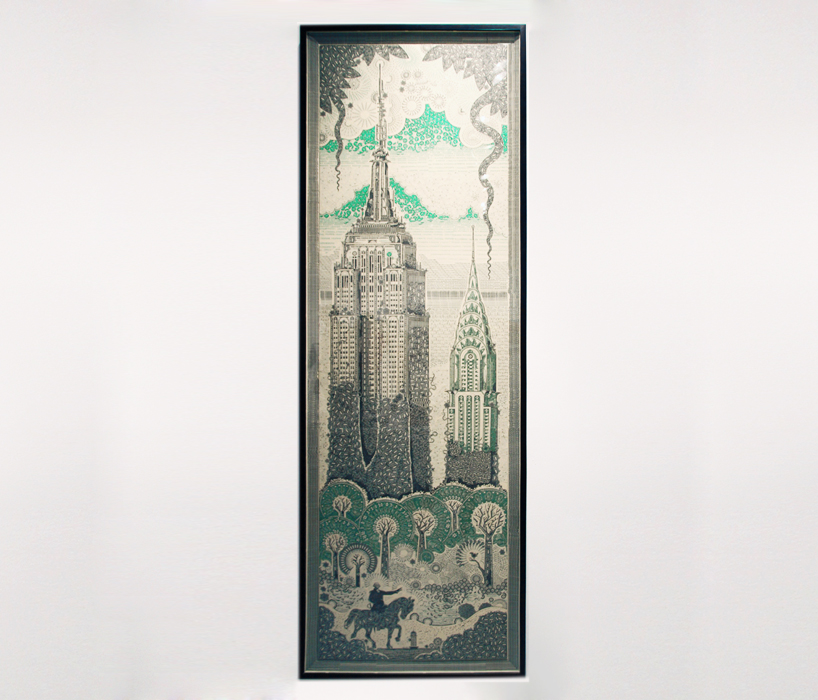 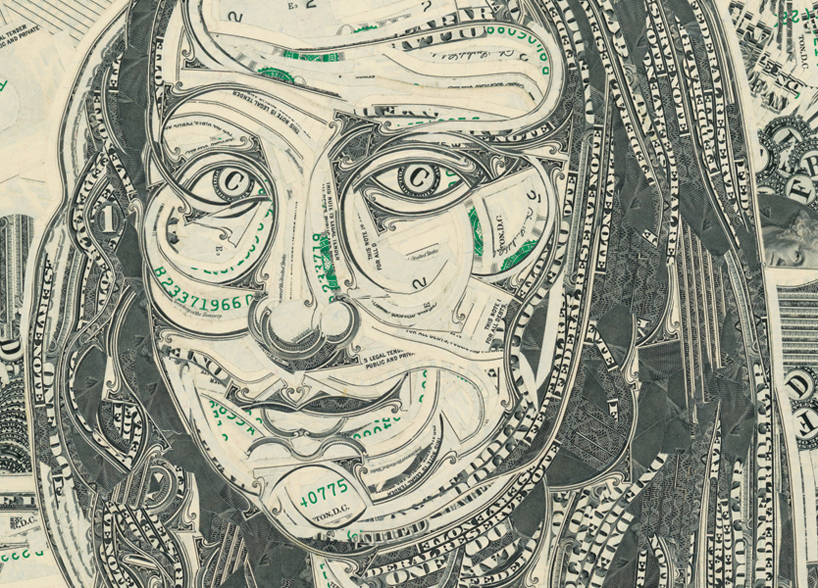 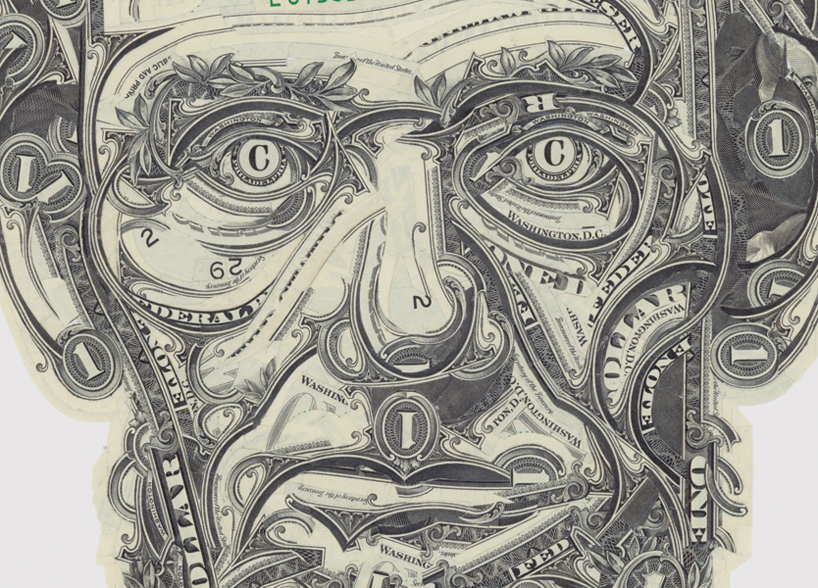 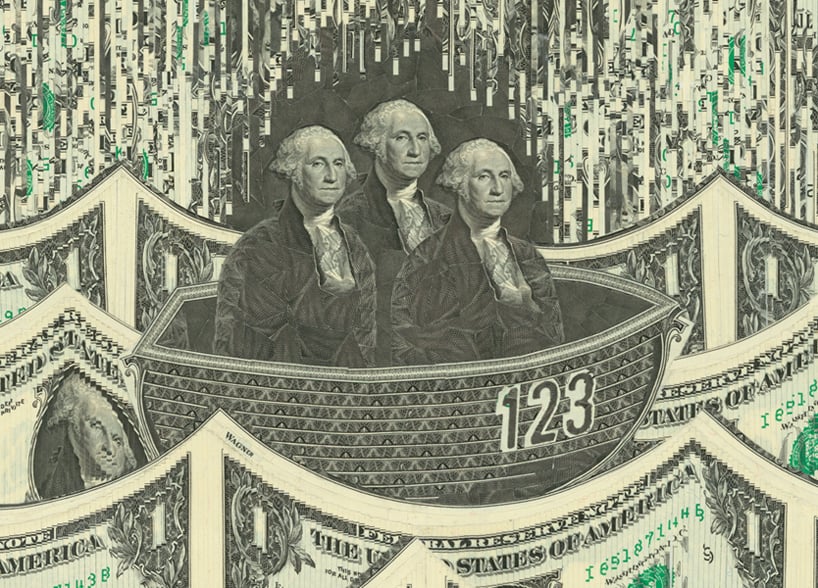 detail of a collage from the ‘washington at large’ series 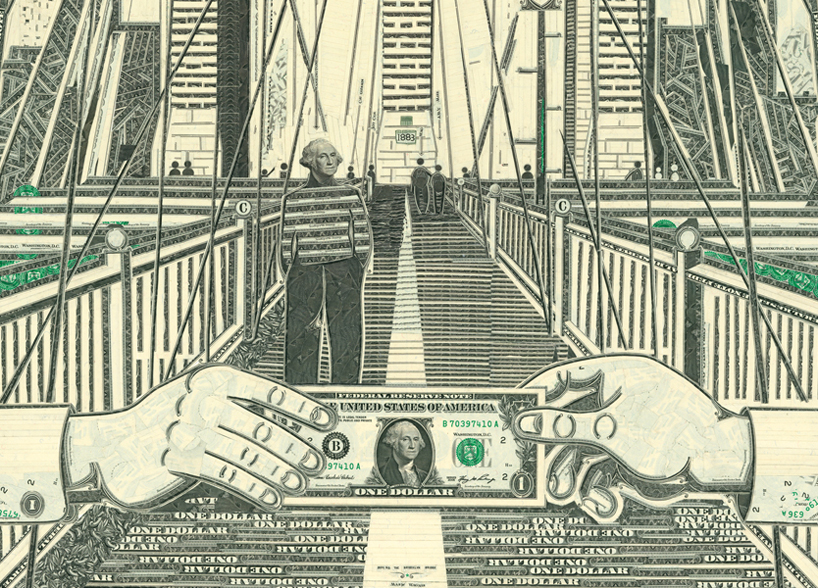 detial view from the ‘washington at large’ series 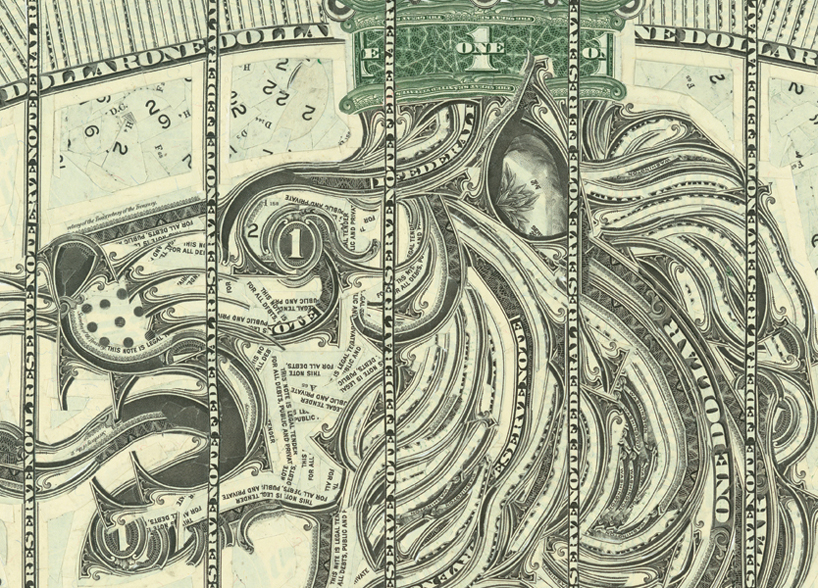 detail of a lion’s face made from currency