cyborgs, robots, and biohackers: the first-ever survey of transhumanism

london-based photographer, david vintiner and writer/art director, gem fletcher, document individuals who form part of the ‘transhumanism’ culture throughout europe, russia and the united states in their latest collaborative photo series, ‘I want to believe – an exploration of transhumanism’. the five-year-long project explores the core idea behind transhumanism — the belief that human beings are destined to transcend their mortal flesh through technology. 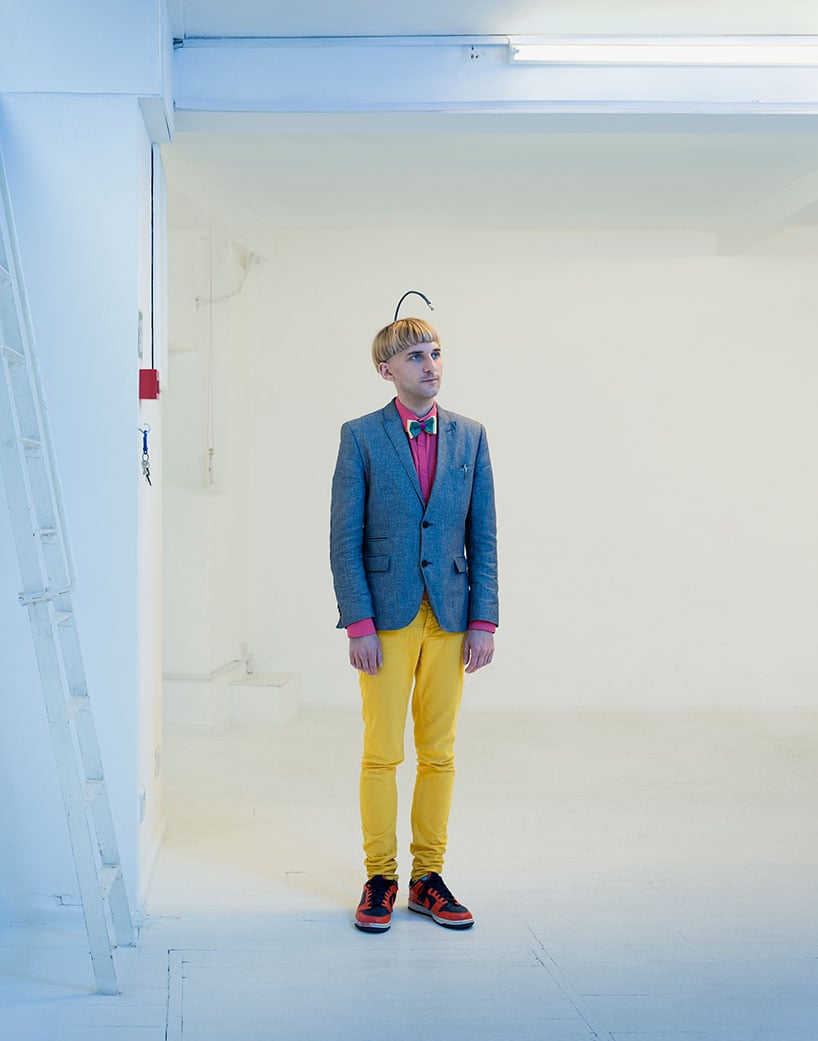 neil harbisson – hears color
neil harbisson was born with achromatism, a rare disease that renders him colourblind. rather than overcome achromatism, harbisson created a new sense to go beyond the human visual spectrum—in 2004 he had an antenna implanted into his skull. the antenna allows him to perceive visible and invisible colours as audible vibrations, including infrareds and ultraviolets.

the photo series by vintiner and fletcher illustrates three gradual stages of transhumanism from ‘testing ground’, ‘patient zero’ to ‘humanity 2.0’. at the lowest tier, ‘testing ground’ looks into individuals who have created wearable technology to expand their human abilities, improving everything from concentration to mental health.‘patient zero’ studies those who have taken permanent action to become half human and half robot. in the final chapter, ‘humanity 2.0’, the transhumanist subjects focus on life extension and immortality.

‘the work of the individuals in this book demonstrates how optimizing our brains and bodies could revolutionize and redefine humanity. as human architects, we are only limited by our imagination,’ explains vintiner and fletcher. 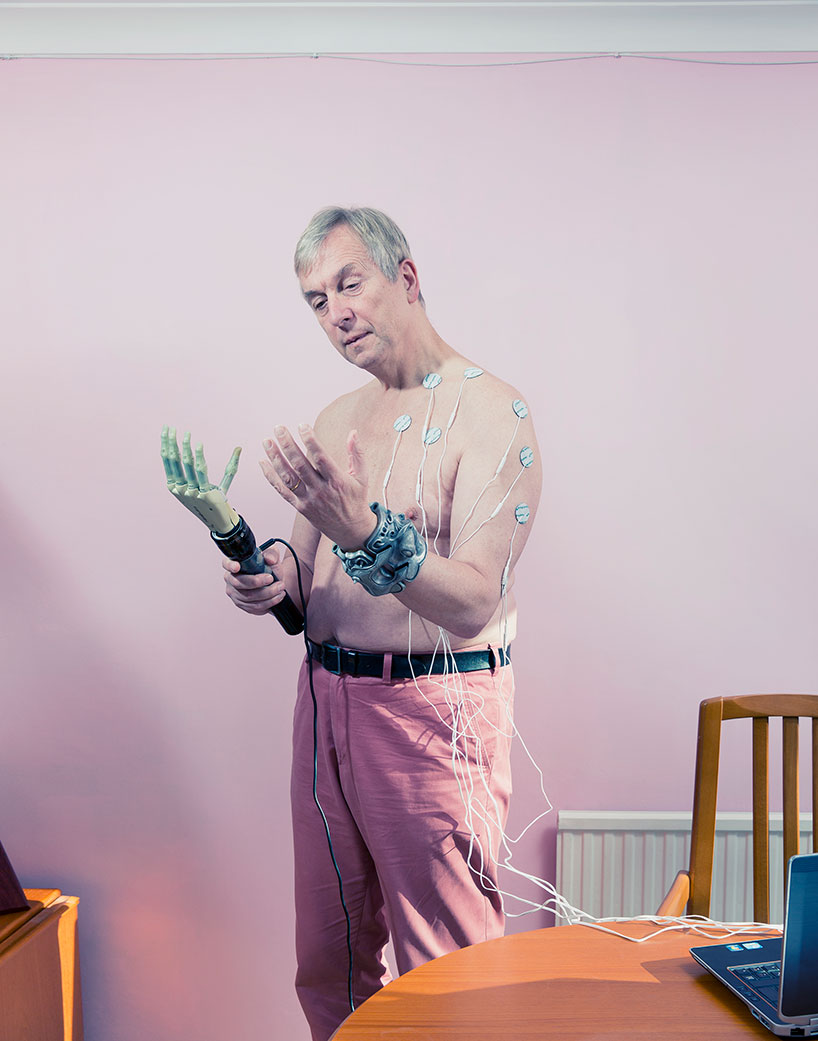 kevin warrick – widely considered as one of the first cyborgs.
kevin warrick is a pioneering professor in cybernetics and considered by many as the worlds first cyborg. kevin instigated a series of experiments involving the neuro-surgical implantation of a device into the nerves of his left arm in order to link his nervous system directly to a computer. this enabled him to have a symbiotic connection with a robotic hand. he could control the hand using his own brain signals from anywhere in the world, as well as sense what the robot hand was feeling.


‘humans are now gods. we are now able to create and design humans, but do humans have the foresight to do it in the right way?’ questions the photographers. 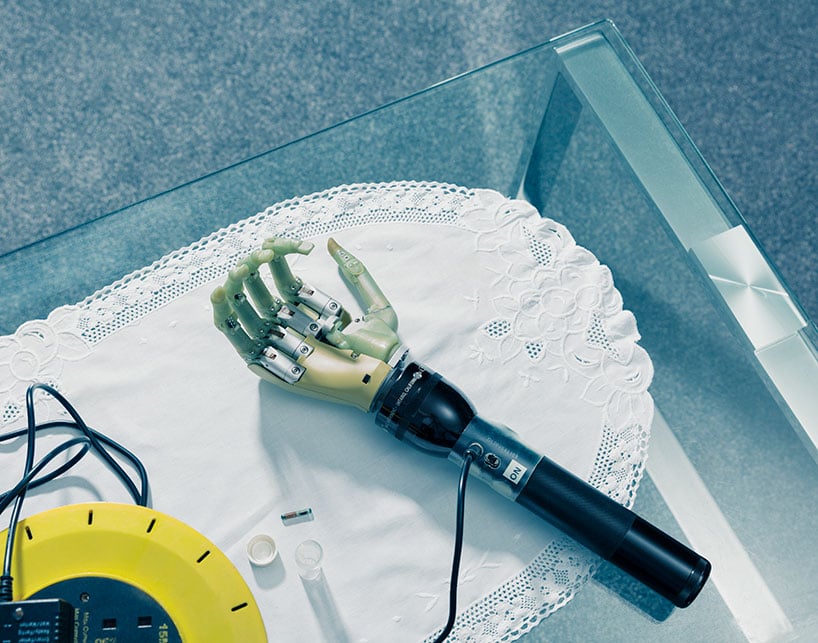 for many transhumanists, life extension and immortality is the goal. transhumanism started as early as 1923 and has developed over recent years through the rise of sci-fi themed books, movies and the democratization of technology. as studies on experimental genetic engineering, tissue regeneration and stem cell treatments are also becoming more apparent in today’s world, transhumanists hope to extend the life of the human body anywhere from twenty to 500 years longer than the average lifespan.

vintiner and fletcher are working together on releasing the photo series as a book, which can be funded on crowd-funding platform kickstarter, here. 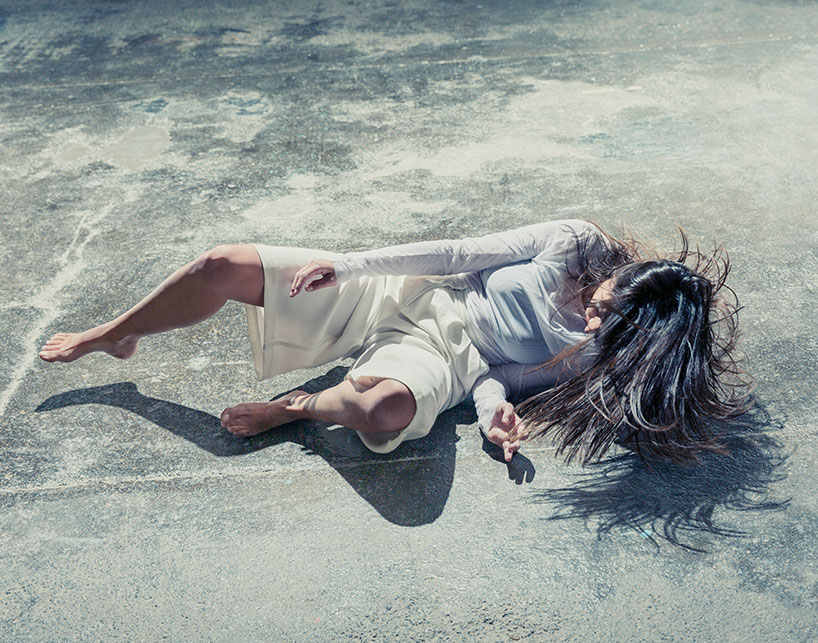 moon ribas – sensing earthquakes
moon ribas is connected to online seismographs allowing her to perceive the seismic activity of the planet through vibrations in her body. the vibration she feels depends on the intensity of the earthquake. if she is standing in newcastle, she can sense earthquakes happening everywhere from japan to greece. she describes the sensation as having two heartbeats, her biological heartbeat and the ‘earthbeat,’ which has its own rhythm inside her body. 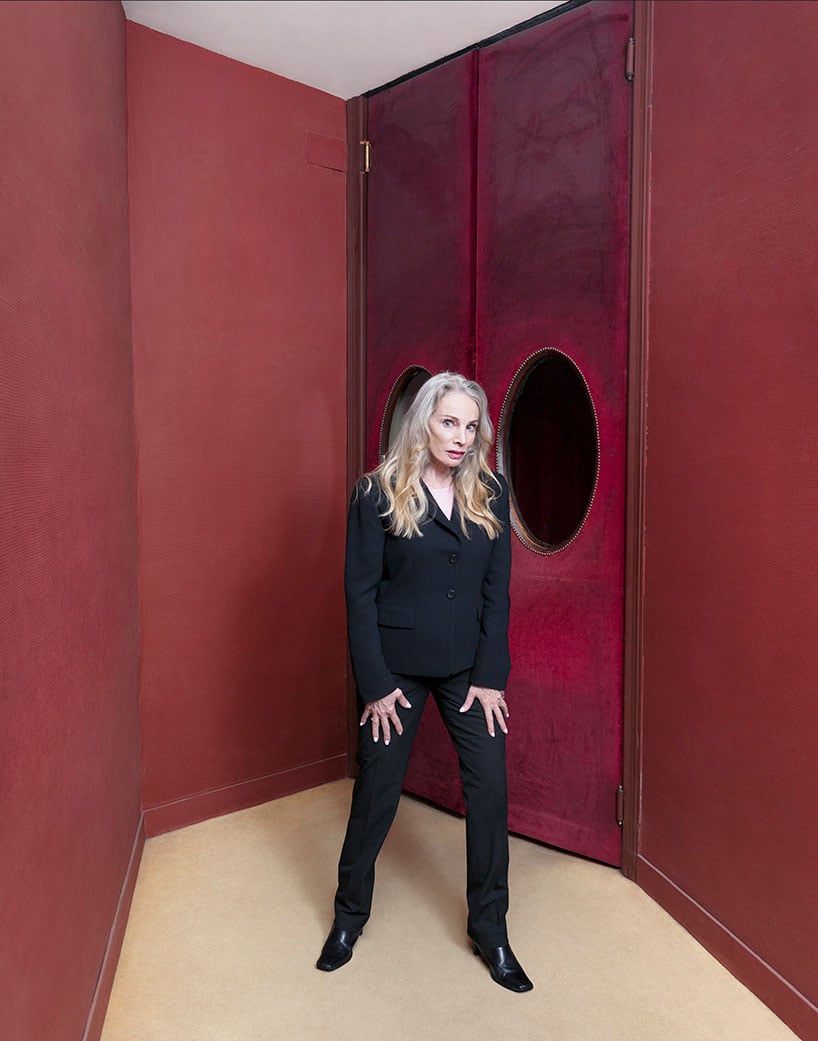 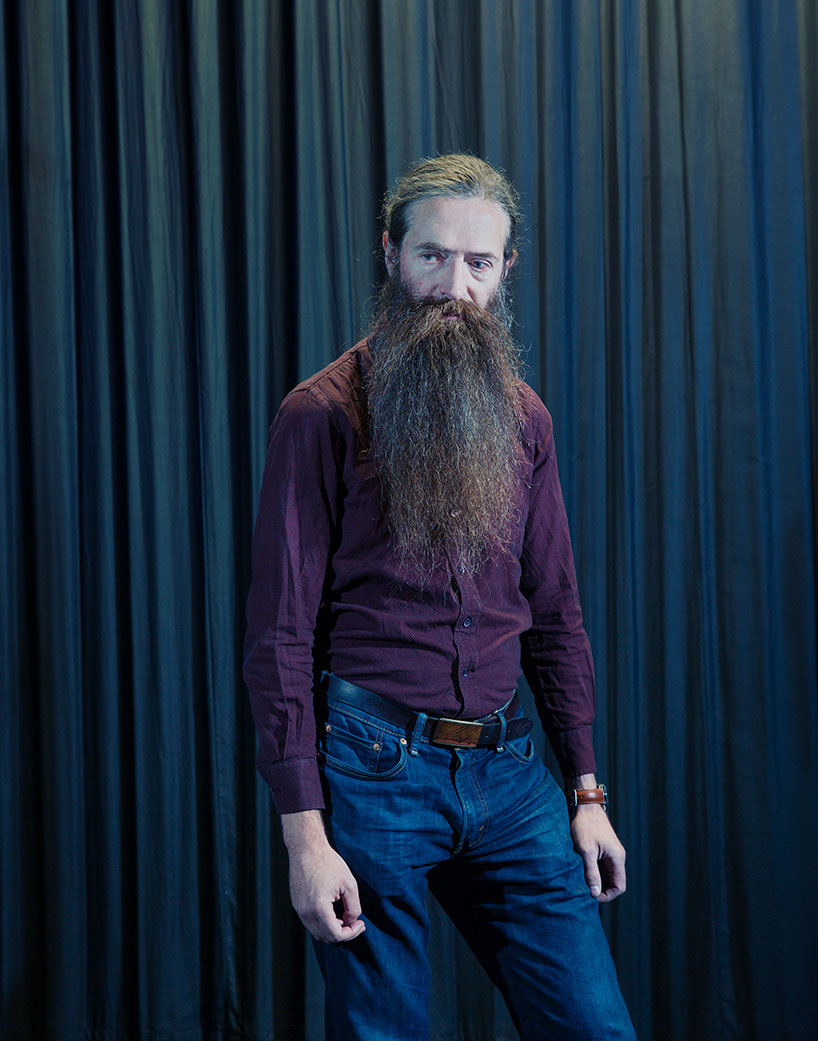 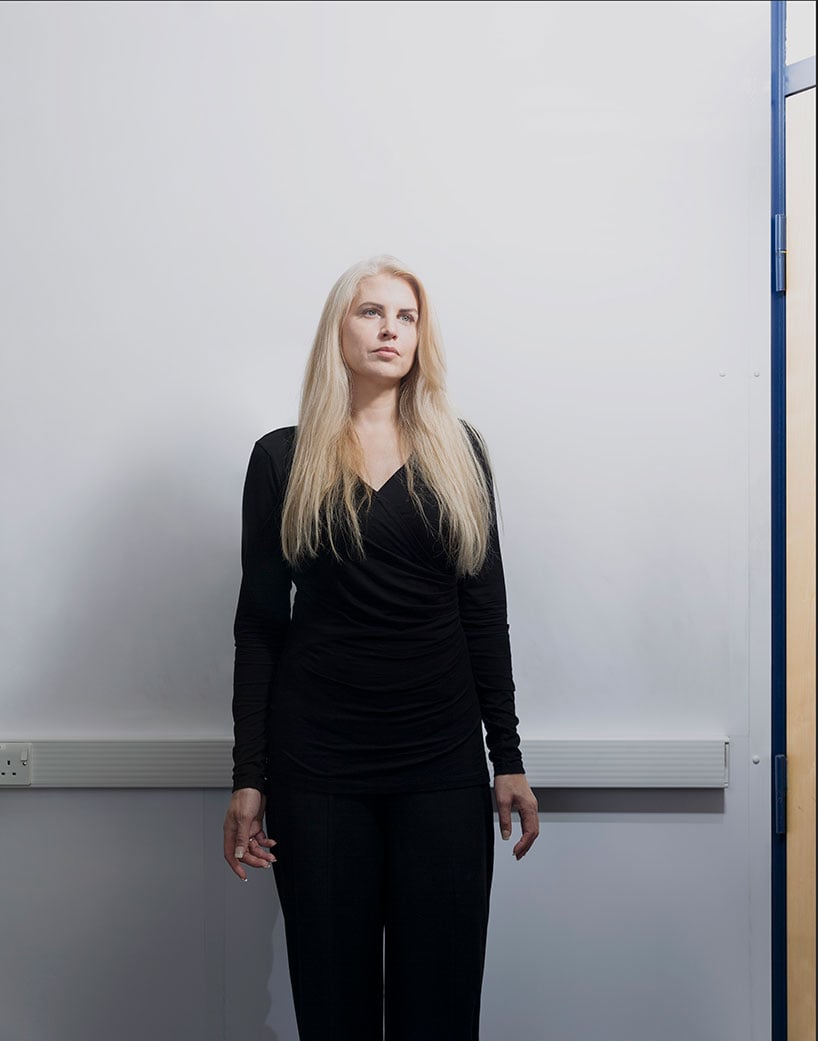 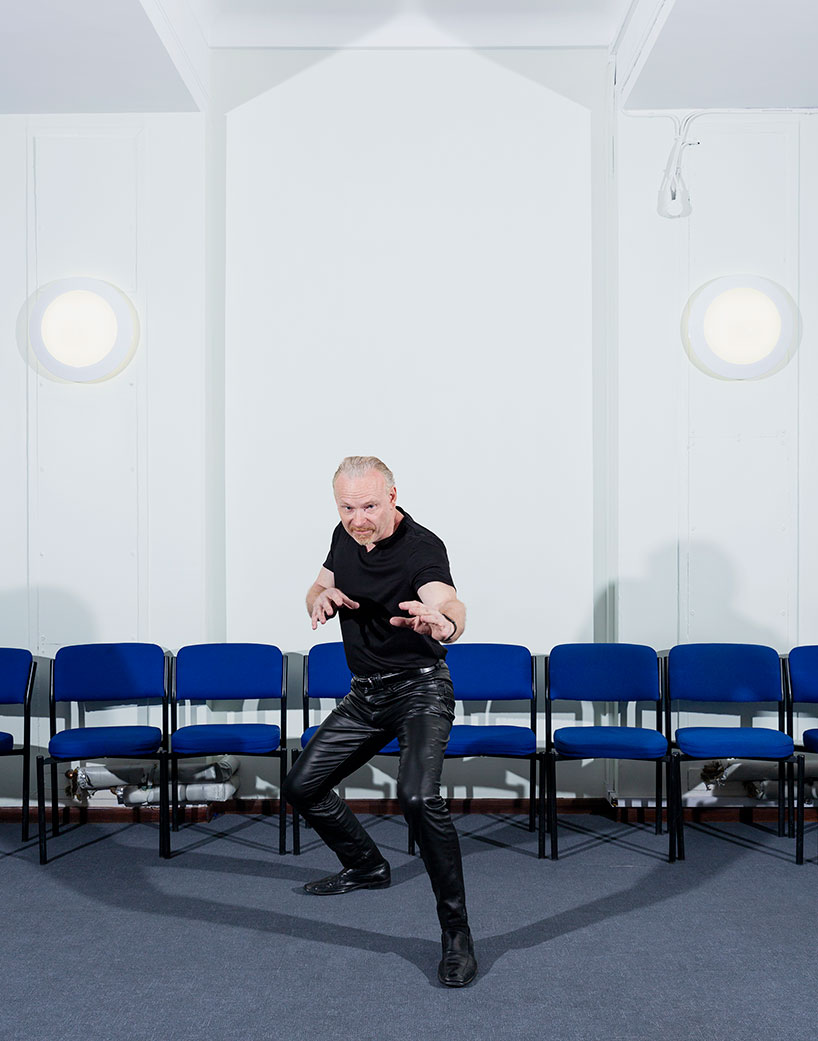 patient zero - james young
after an accident that left him a double amputee, james young turned to bionics to redesign his body. obsessed with the metal gear solid, he worked with gaming giant konami and prosthetic sculptor sophie de oliveira barata to develop an advanced bionic arm inspired by the computer game.

patient zero - rob spence
known as ‘the eyeborg,’ rob spence lost an eye as a child while playing with his grandfather's shotgun. inspired by a love of the bionic man and his interest in documentary filmmaking, spence created an eye with a wireless video camera inside. the camera is not connected to his optic nerve but sends footage to a remote receiver. over the years, he has created several different aesthetics for the eye, from a realistic 'hidden camera' version to a terminator inspired glowing red version.

patient zero - neil harbisson
neil harbisson was born with achromatism, a rare disease that renders him colourblind. rather than overcome achromatism, harbisson created a new sense to go beyond the human visual spectrum—in 2004 he had an antenna implanted into his skull. the antenna allows him to perceive visible and invisible colours as audible vibrations, including infrareds and ultraviolets.

image out of rob spence's eyes

new ways of seeing - EYEsect
the experimental device aims to recreate the experience of seeing the world like a chameleon, with two single steerable eyes. in changing the way we perceive the world around us, eyesect alters our version of reality enabling new ways to sense and experience our environment.

new ways of seeing - aisen caro chacin / echolocation
the echolocation headphones are a pair of goggles that aid human echolocation. it is designed to substitute the user’s vision augmenting our spatial awareness with sound, similar to the abilities of bats and whales. the device has both the potential to aid the visually impaired and provide sighted individuals with a new sense.

title: I want to believe – an exploration of transhumanism

Sep 16, 2020
roberto graziano moro documents the COVID-19 crisis in venice, italy, in its most critical moments
the photographer had been engaged in the documentation of the music industry and youth culture, but the pandemic changed the focus of his lens.
art
765 shares
connections: +450