in a project by d*face, five riders whose skateboards are armed with spraycans become the human brushes for a pool-sized canvas

in a project by london-based artist d*face at the southern california skate pool ‘ridiculous’, skateboarders become the human brushes on the concrete canvas of the pool’s walls, leaving permanent colourful skatetrails as they ride.

informed by the led zeppelin song ‘physical graffiti’, the project replaces d*face’s previous canvas at the pool (located at cunningham regional skatepark in san jose), and took about a year from conception to its realization. the system relies on a transmitter– a remote control attached  to a skateboard– and a receiver, attached by velcro to the underside of the board of the current rider, where a can of spraypaint is also affixed. the transmitter triggers a pressure-sensitive servomechanism that pushes down on the cap of the spraycan, releasing varying weights of paint along the skateboard’s trail.

d*face explains: ‘this new idea was sprung from my last visit to the pool when I watched the skulls [of my previous pool painting] being smeared and stripped by the lines the skaters took. the tracks produced beautiful linear marks of past motion and it started me thinking how I could recreate this instantly. watching the skaters ride through the pool, I wondered how it would be to attach paint to the boards & see the end result after each rider rode with a different color. I set the idea into motion.‘ 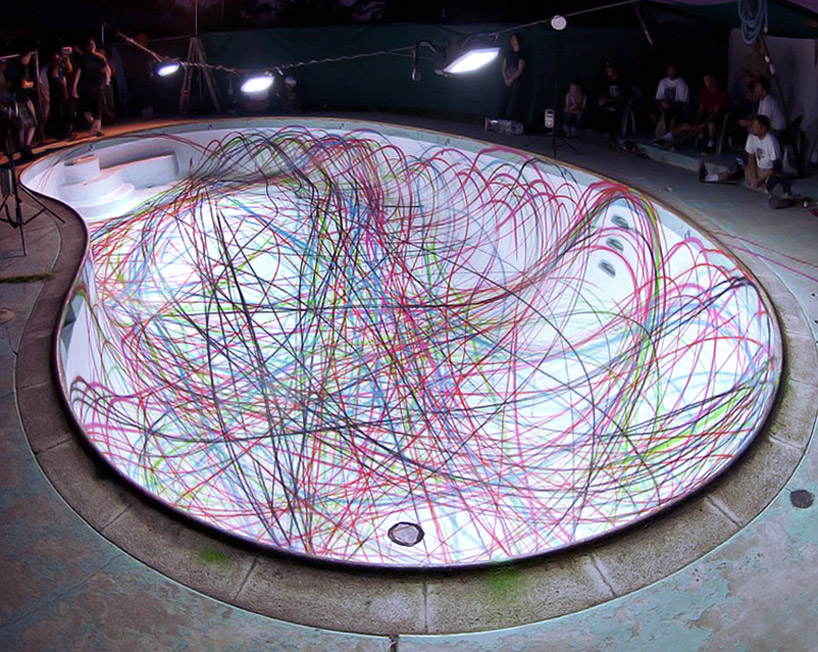 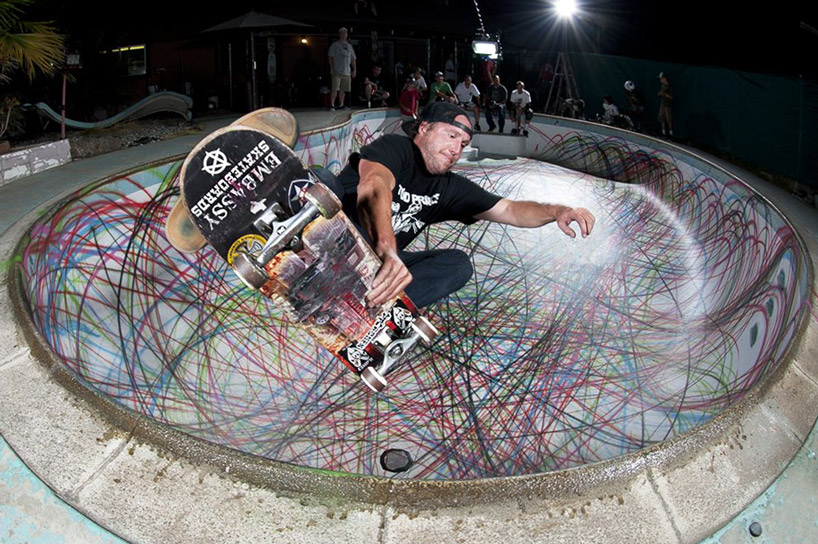 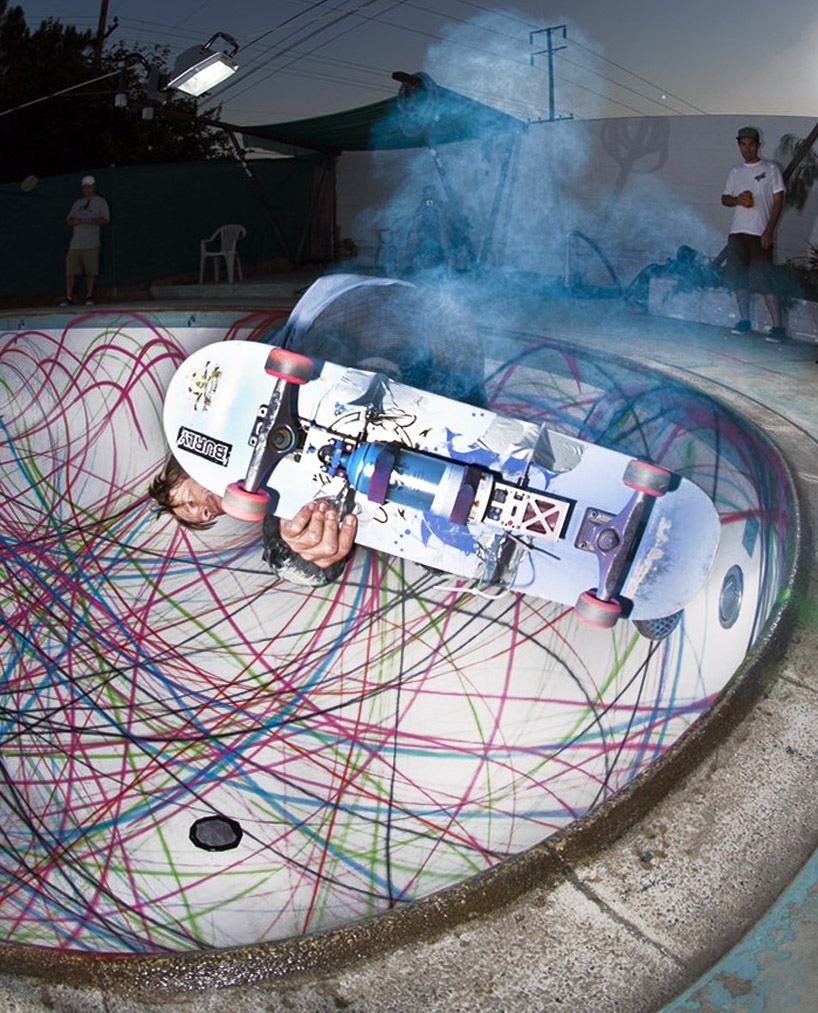 he reflects that the biggest challenge was ‘getting everything to fit into a device that was no deeper than a can of spray paint, yet weigh as little as possible so as to not to alter the dynamics of the board when skated, whilst being able to withstand some harsh treatment.’ 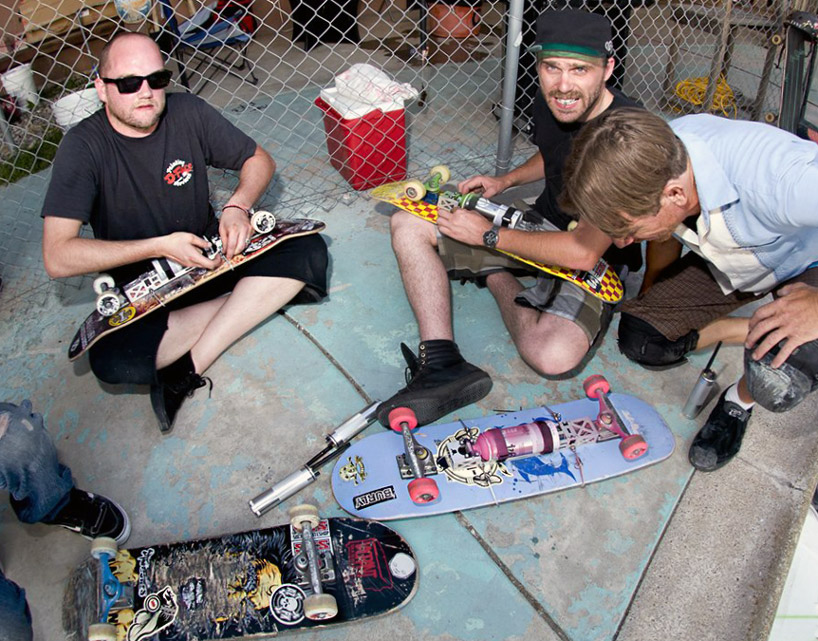