from may 11th-13th, 2015, the ephemeral radiance of ‘waterlicht’ places the museum square under water, allowing visitors to experience the almost forgotten power and vulnerability of the natural resource. the artwork is composed of undulating lines of light projected using the latest LED technology, software and lenses. 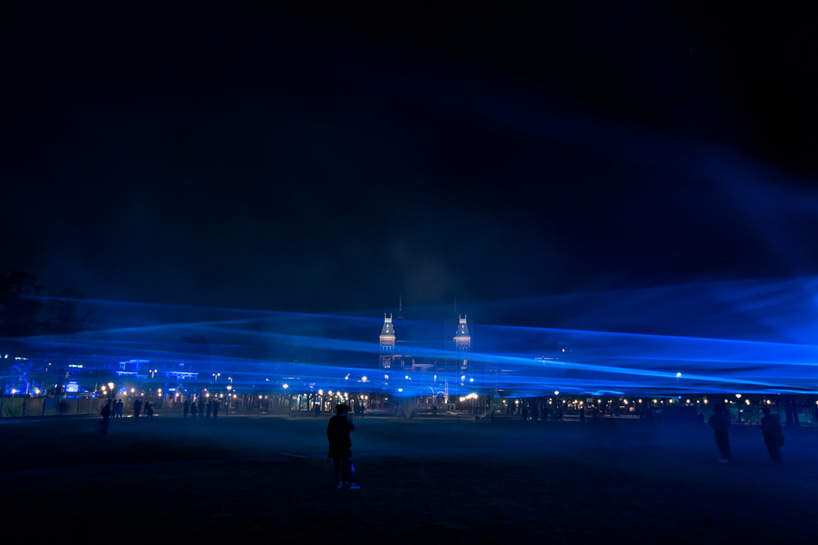 ‘waterlicht shows how the netherlands looks like without waterworks — a virtual flood. innovation is seen throughout our landscape, pushed by the waterworks and our history, but yet we almost seem to have forgotten this,’ says artist daan roosegaarde. 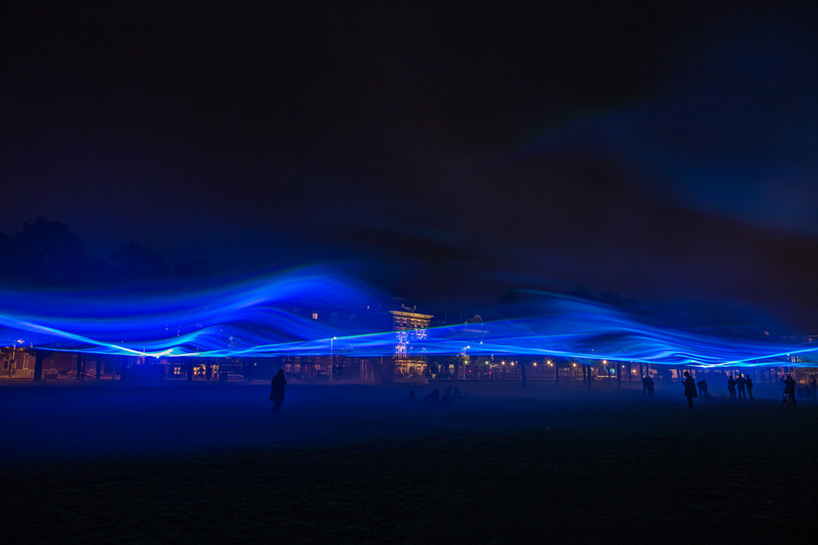 the rijksmuseum‘s recent acqusition of the 17th century painting by jan asselijn depicting the 1651 amsterdam flood is the impetus for the temporary ‘waterlicht’ exhibition over museumplein. both pieces reflect on the water history of the netherlands, and the interaction between man, nature and technology.

‘the painting clearly explains the dutch situation: we have always lived under sea-level,’ says wim pijbes, general director of the rijksmuseum. ‘with this special exhibition open for a wide audience, we combine the old painting with the contemporary ‘waterlicht’,’ concludes nick jue, CEO of ING netherlands, supporter of the exhibition, and partner of the rijksmuseum. 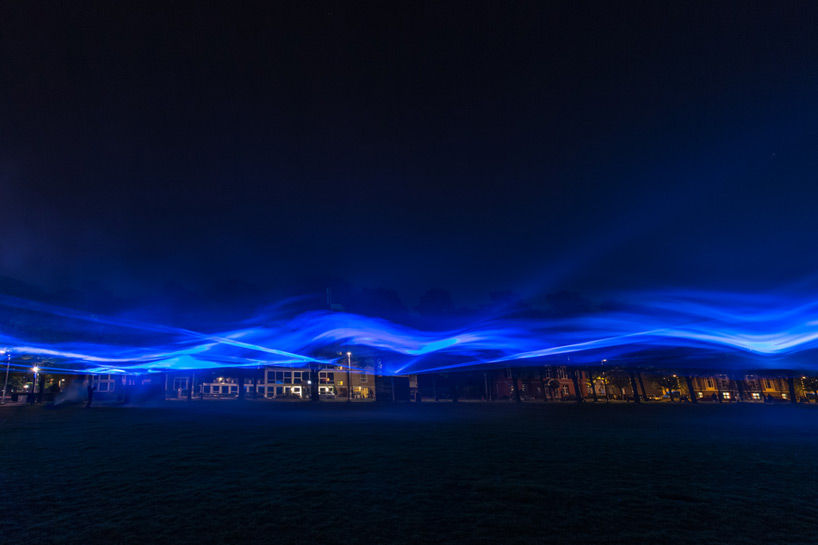 the waves of light are a reflection of sea levels 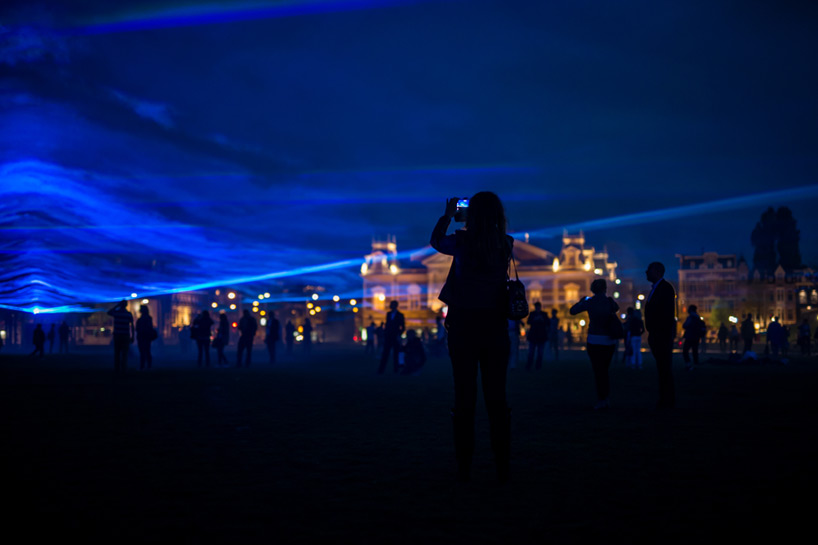 vistors engaging in the ‘waterlicht’ exhibition 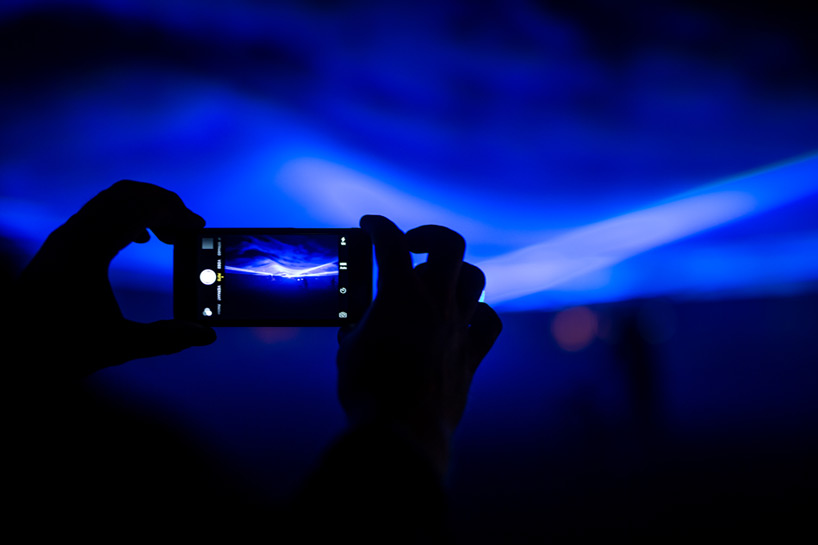 capturing the ephemeral light of ‘waterlicht’ 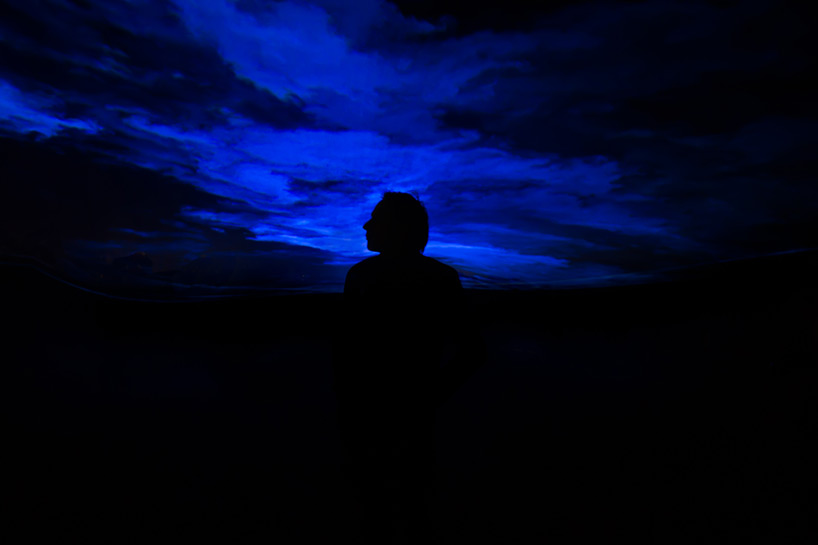 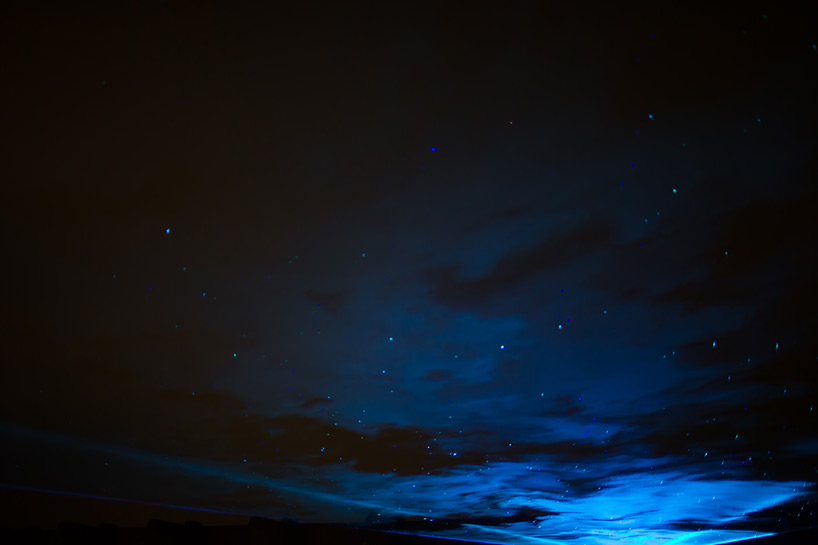 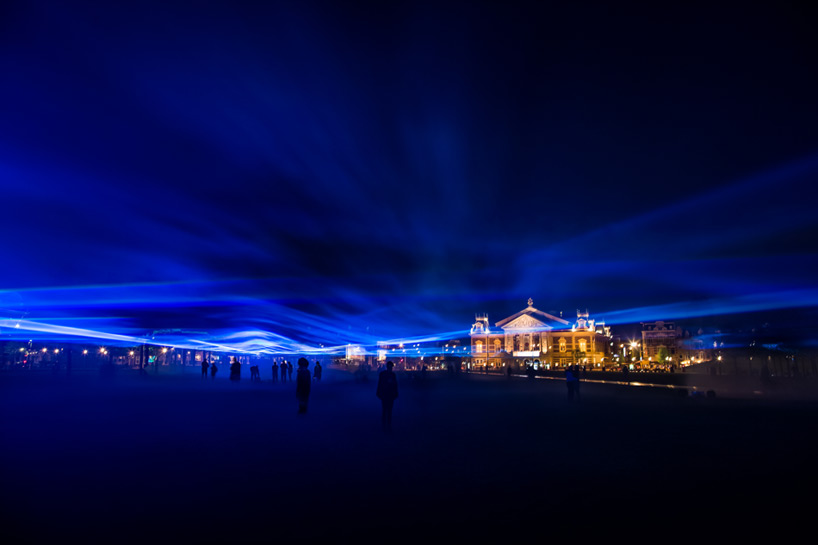 exhibition view of ‘waterlicht’ over museumplein 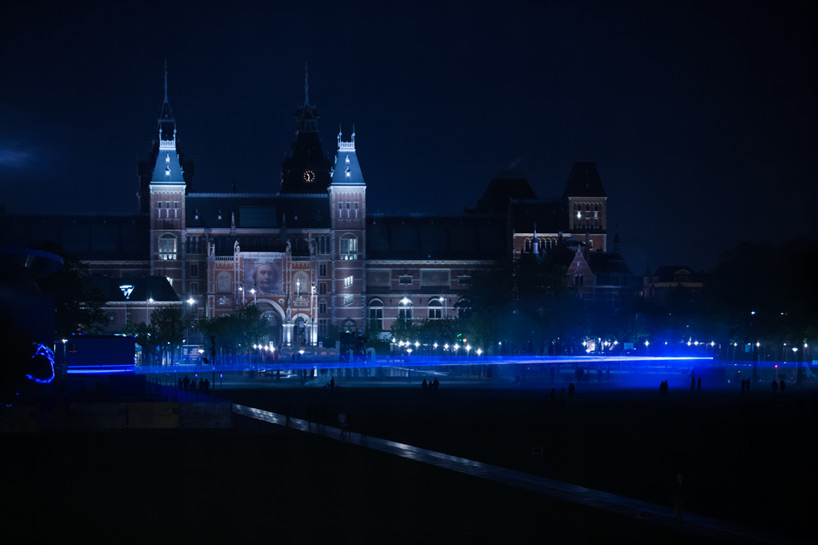