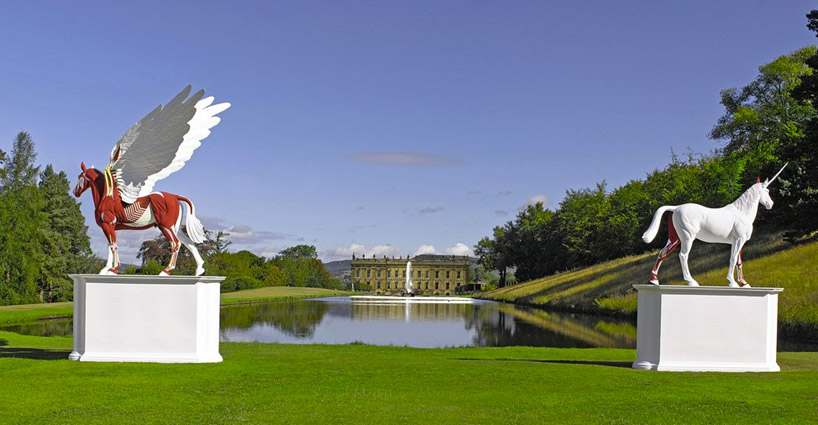 ‘legend’ (2011) and ‘myth’ (2010) by damien hirst at chatsworth house in derbyshire, united kingdom
above image courtesy the BBC

two new sculptures by english artist damien hirst is currently on display at
the chatsworth house until 30 october, 2011. entitled ‘legend’ and ‘myth’, the sculptures
depict a winged horse and unicorn that have been flayed down their middle to expose
the visceral musculature and bones beneath.

standing on individual platforms, the mythical creatures face away from one another
to reveal their insides in opposite directions. the fantasy aspect of the animals is visually
debunked by putting on display their and anatomy and inner workings. hirst says,
‘in a way, science brings religion down to earth and to cut open mythical creatures and
expose them as no different to mortal horses is somehow still magical. it’s kind of like
exploding a myth to make it real.’

the pieces are a part of ‘beyond limits’, an annual exhibition which takes place at chatsworth house. 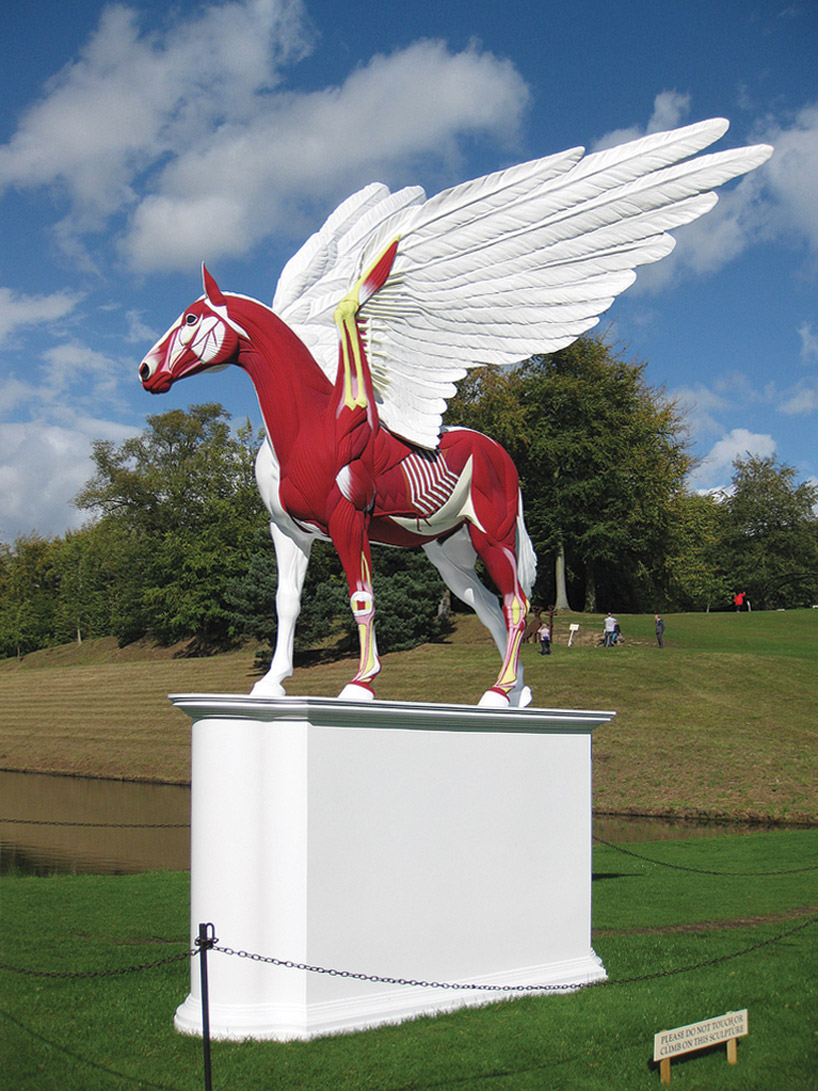 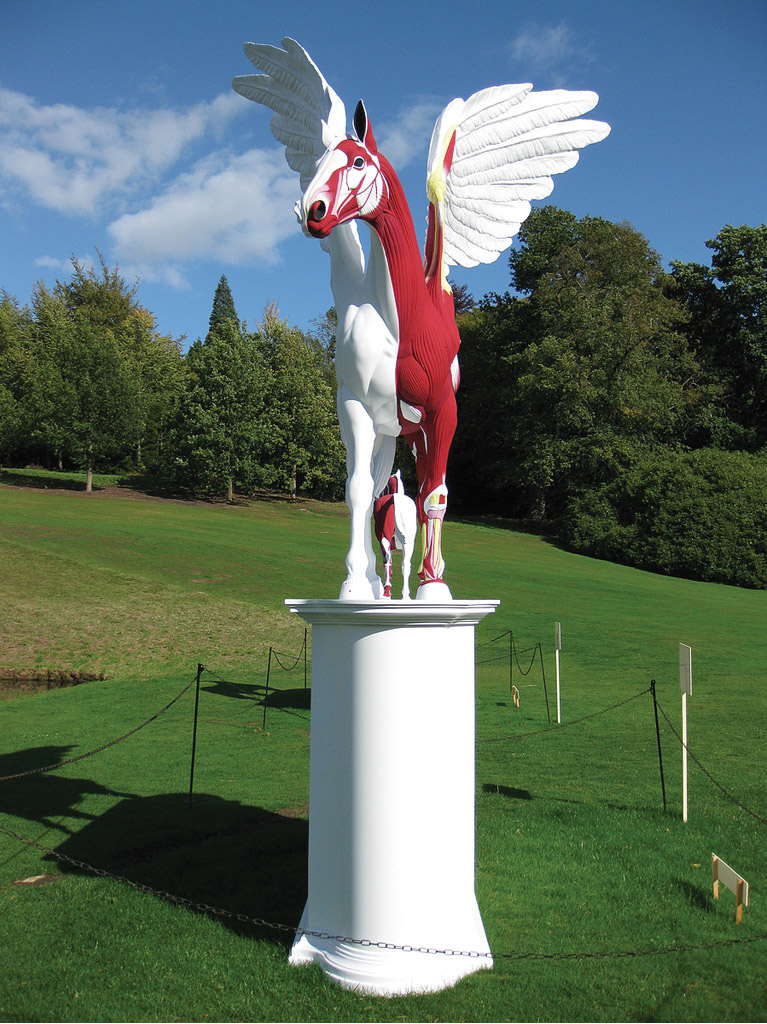 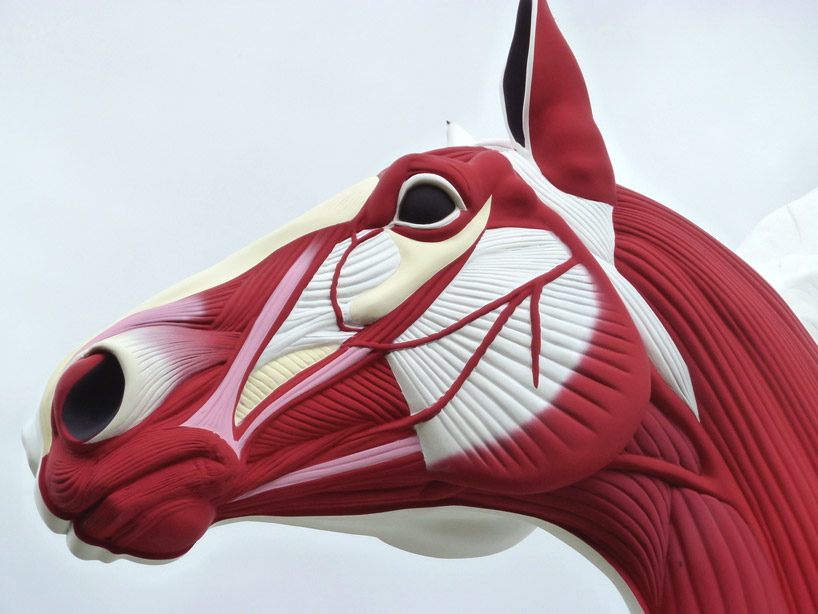 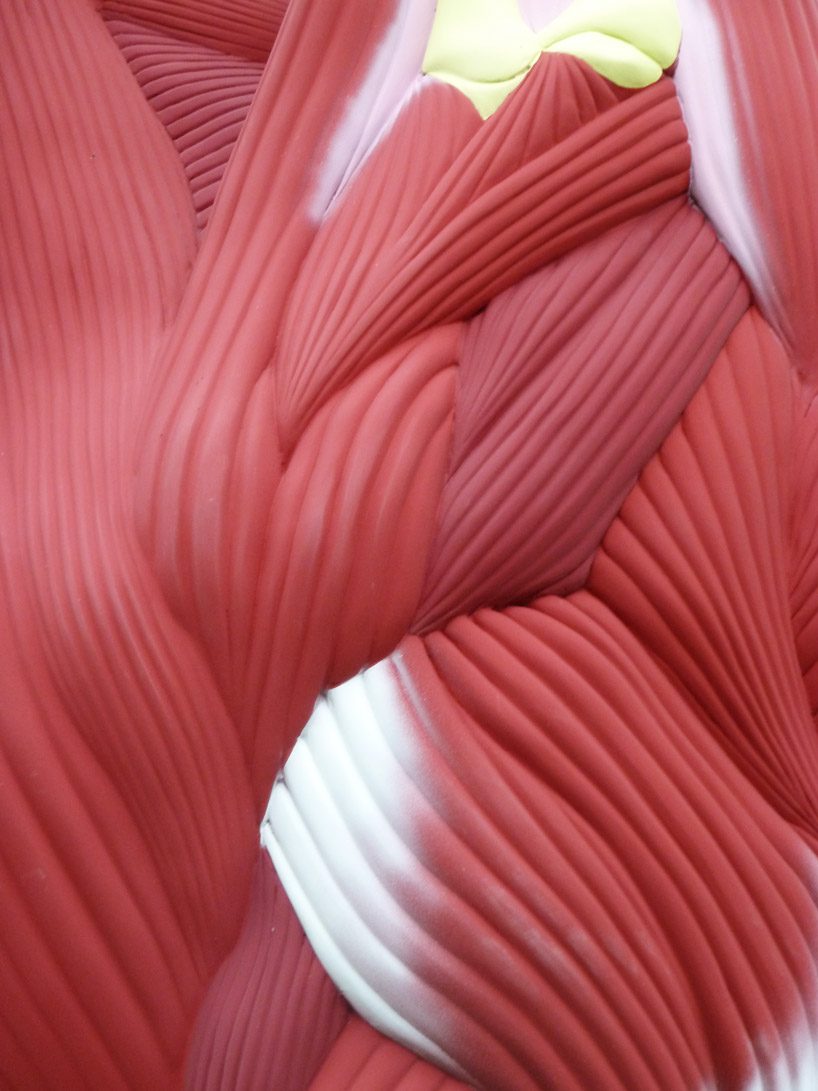 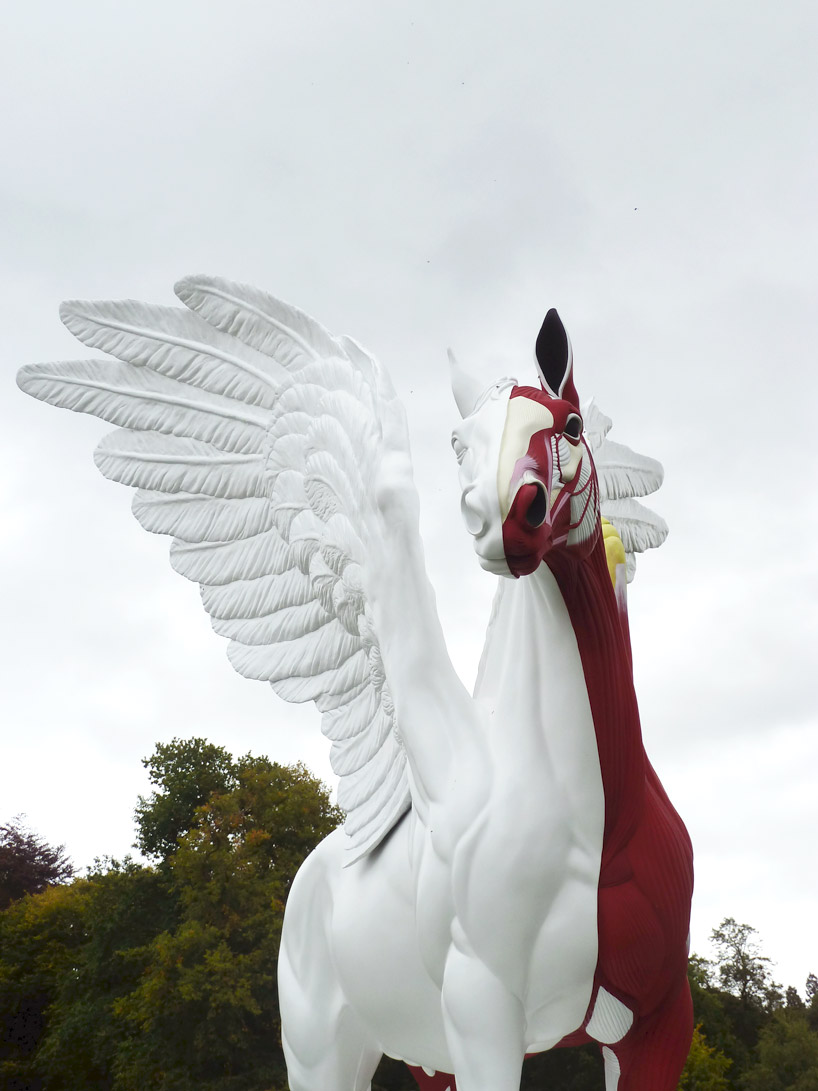 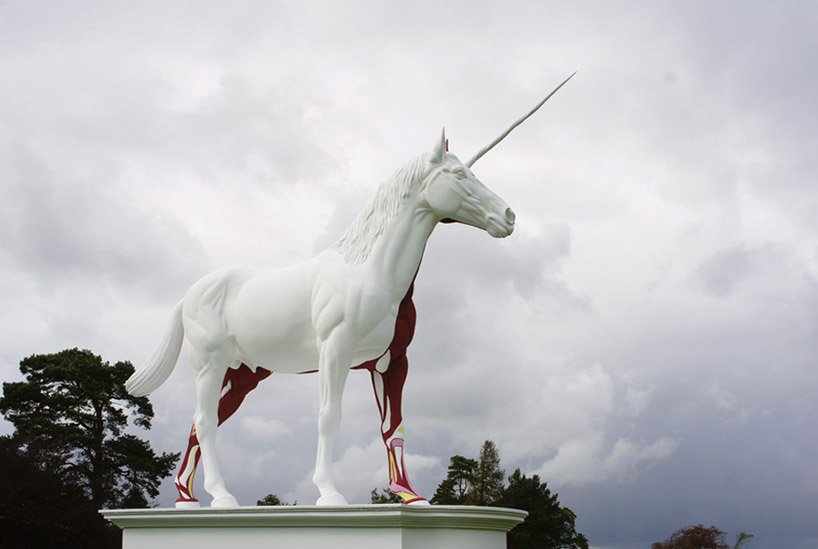 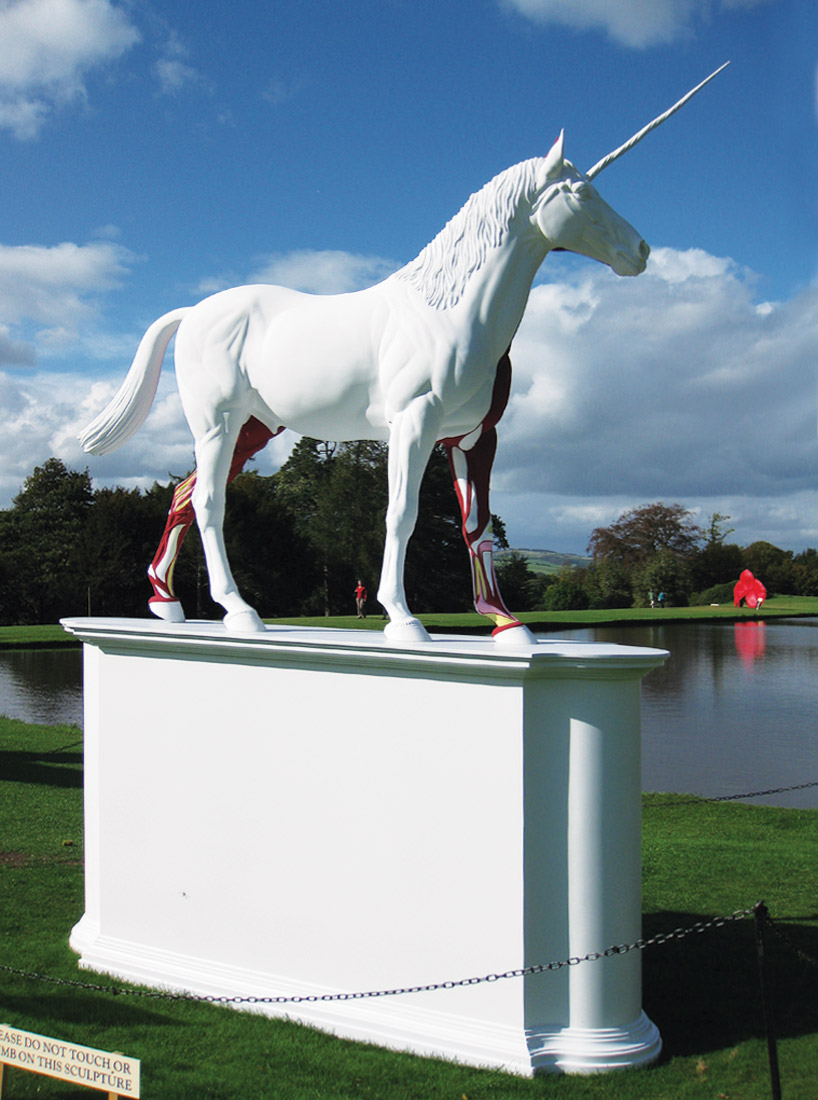