amongst an explosion of star-studded displays, one of britian’s most important artists, damien hirst, was asked to design one of the

many interpretations of the union jack as part of the london 2012 closing ceremony. hirst delivered this in his signature spin-painting
motif in an eruption of  red, white, and blue,  supported by british celebrities such as liam gallagher from oasis performing wonderwall,
a reunion of the spice girls and monty python’s icon eric idle appeared to lead the audience through a singalong of his hit
‘always look on the bright side of life’. 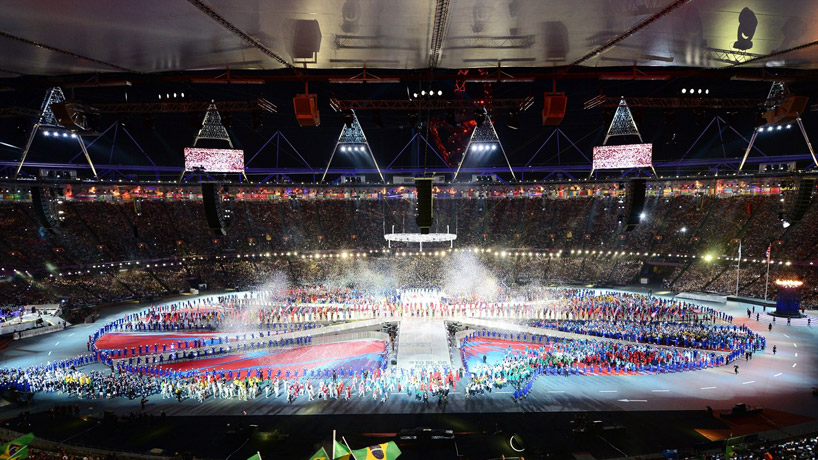 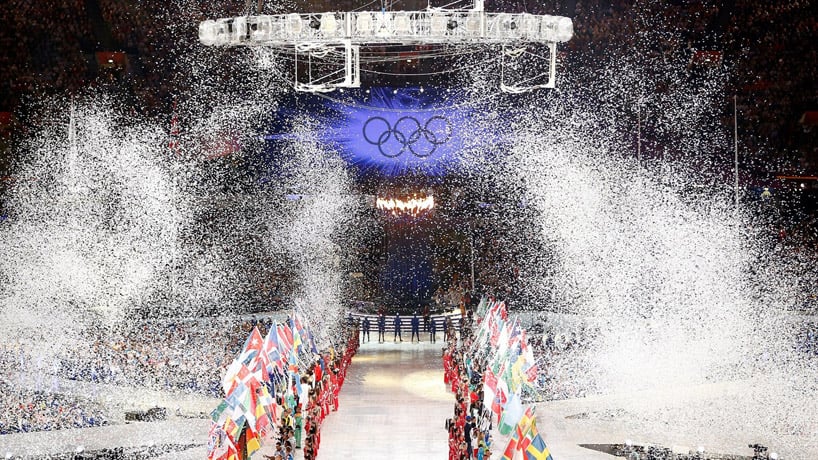 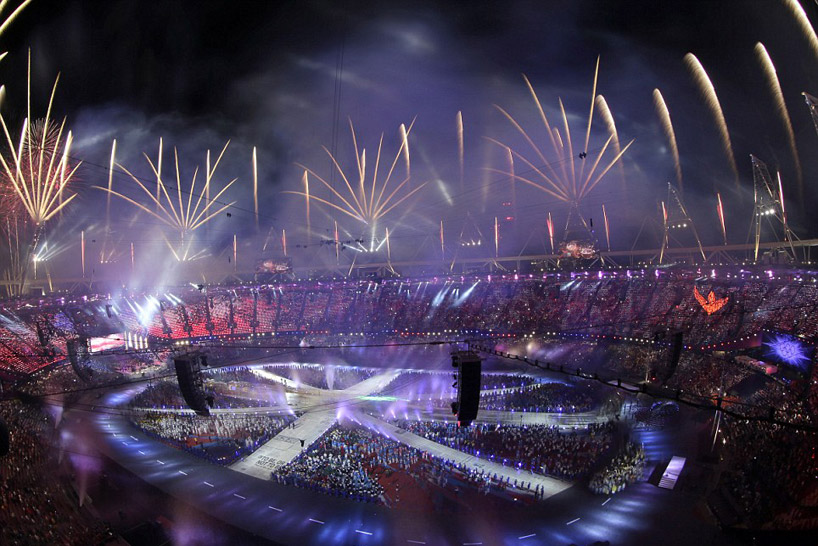 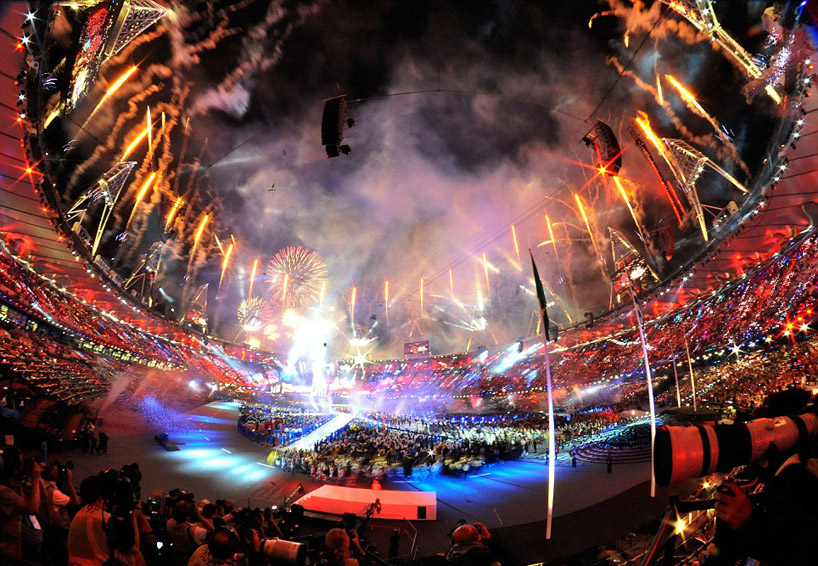 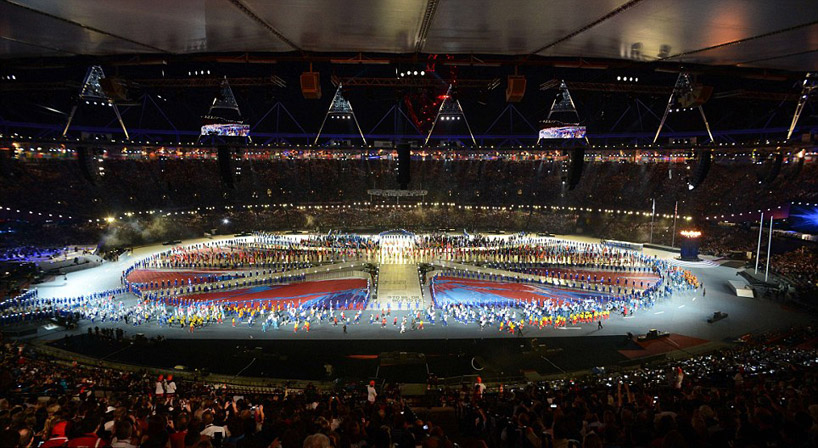 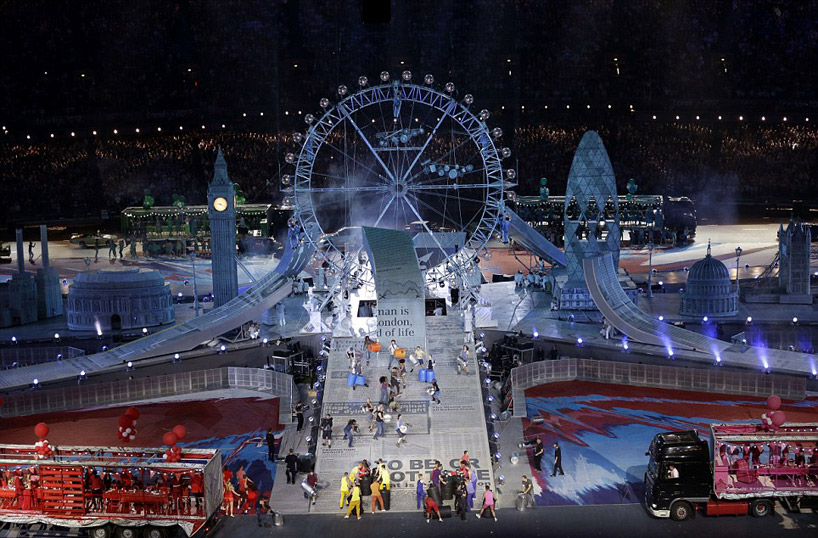 image via
rodrigo caula I designboom