dangerdust, an anonymous duo of student artists based in ohio, take to the classrooms of the columbus college of art & design to create a new chalkboard work every week. each illustration is placed around a thought-provoking, motivational quote sourced from renowned thinkers and creatives. the drawings and typographic renderings are framed within the confines of the blackboard, depicted in rich and bold colors and intricately-executed graphic motifs. cleverly placed within their backdrop, the chosen phrases are surrounded by geometric sketches and compositions that best represent the subject matter; for example, words of wisdom from apple founder steve jobs such as ‘don’t settle‘ and ‘if you haven’t found it yet, keep looking’ are situated with a screen-like backdrop, arranged as if on a macintosh desktop. a quote by neil degrasse tyson which reads ‘the universe is under no obligation to make sense to you‘ is drawn in chalk, and surrounded by the blue and pink hues of the celestial skies. take a look below at the weekly chalk drawings, below: 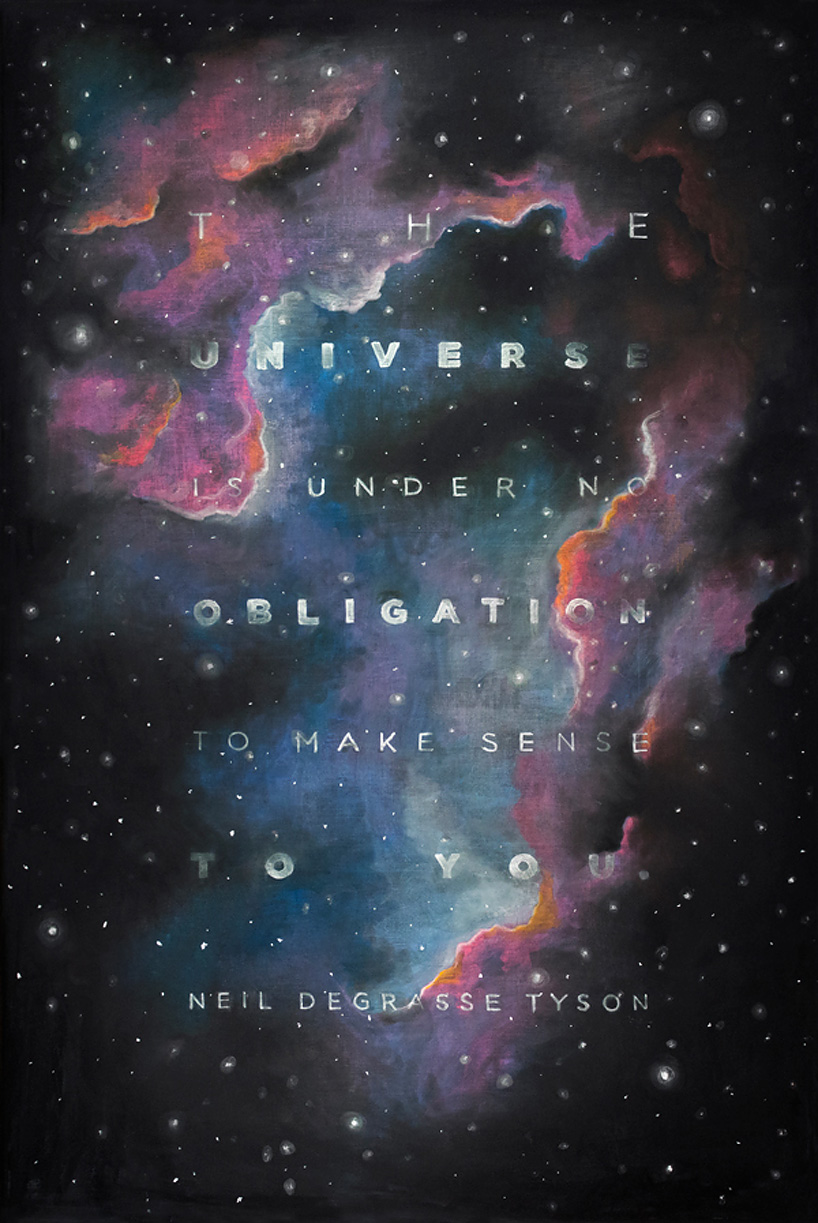 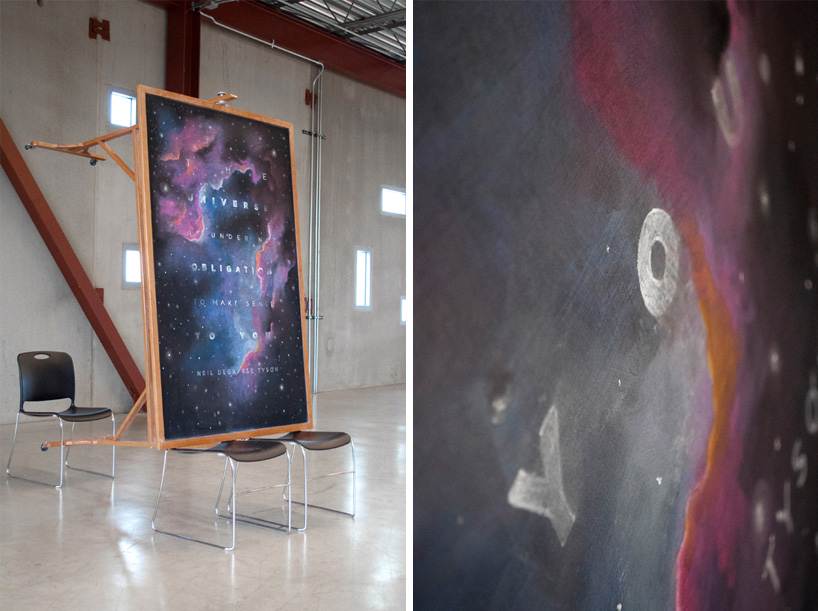 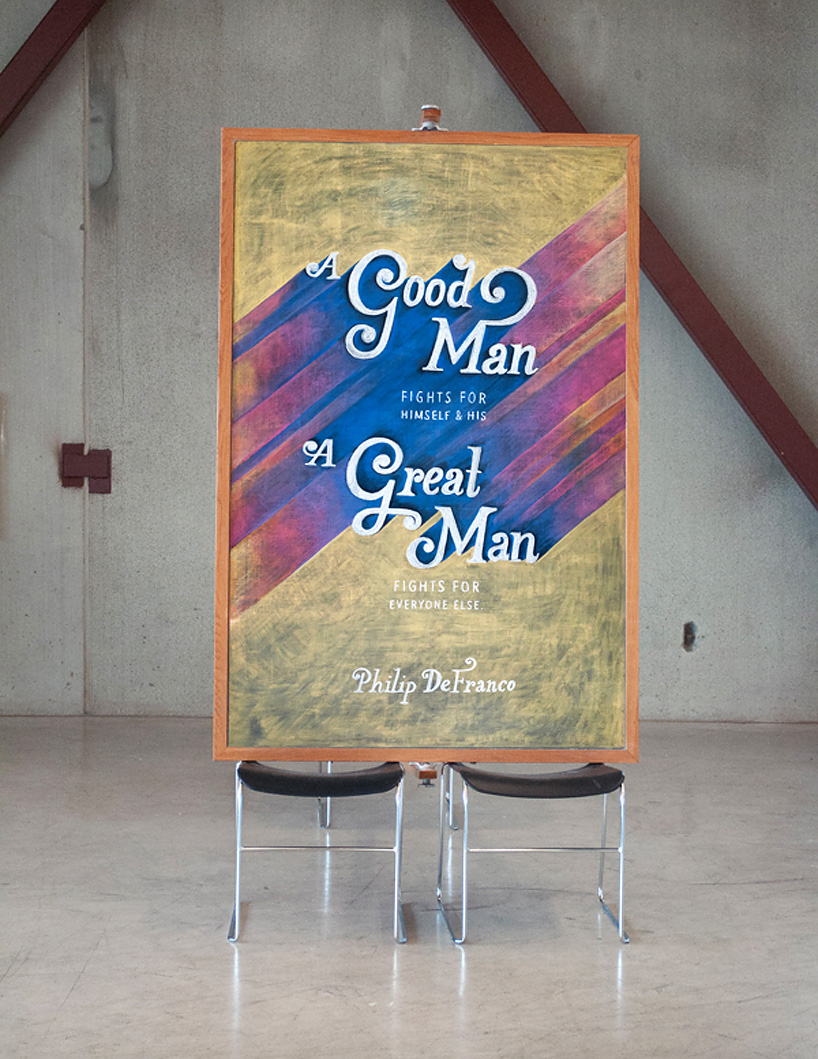 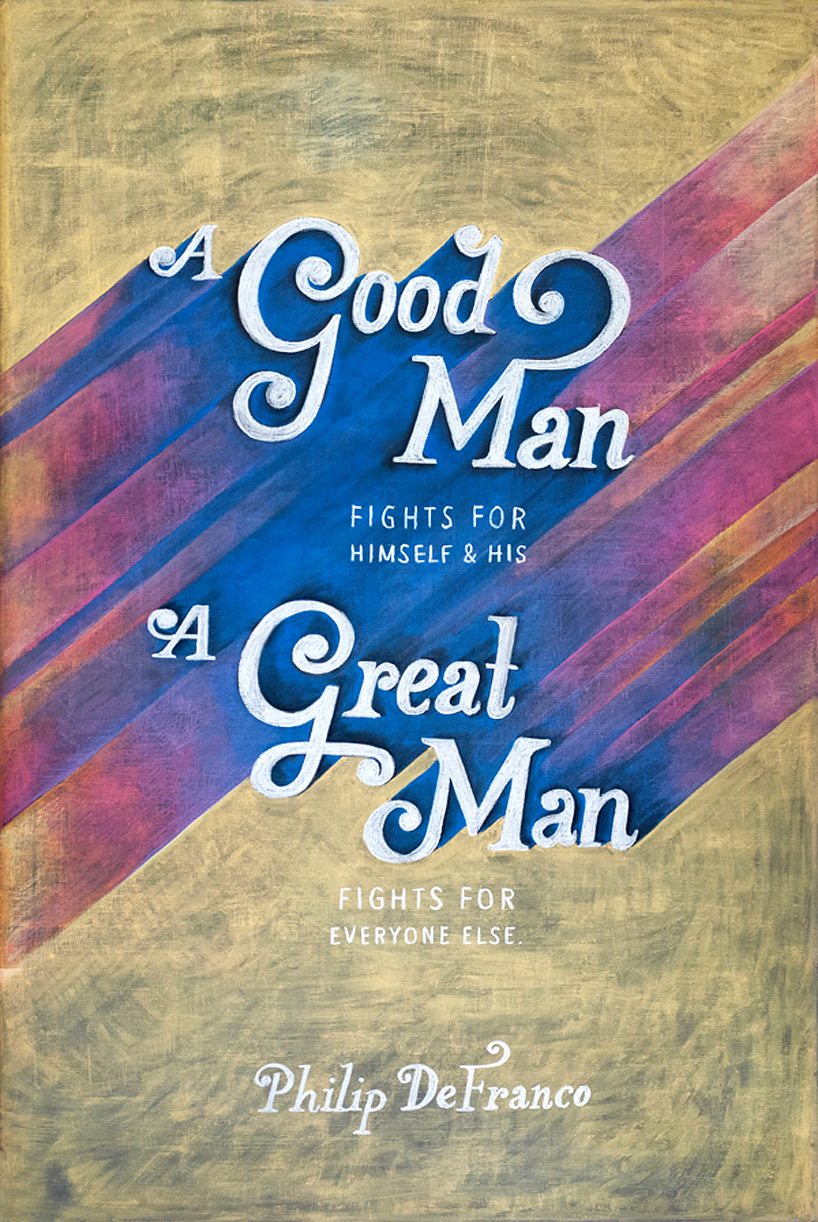 detail of the chalkboard rendering is comprised of gold, blue, pinks and reds 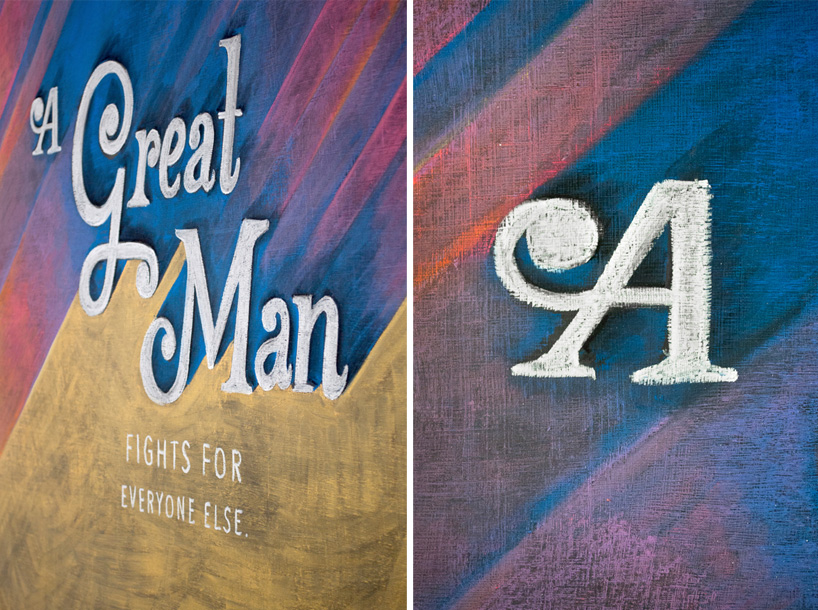 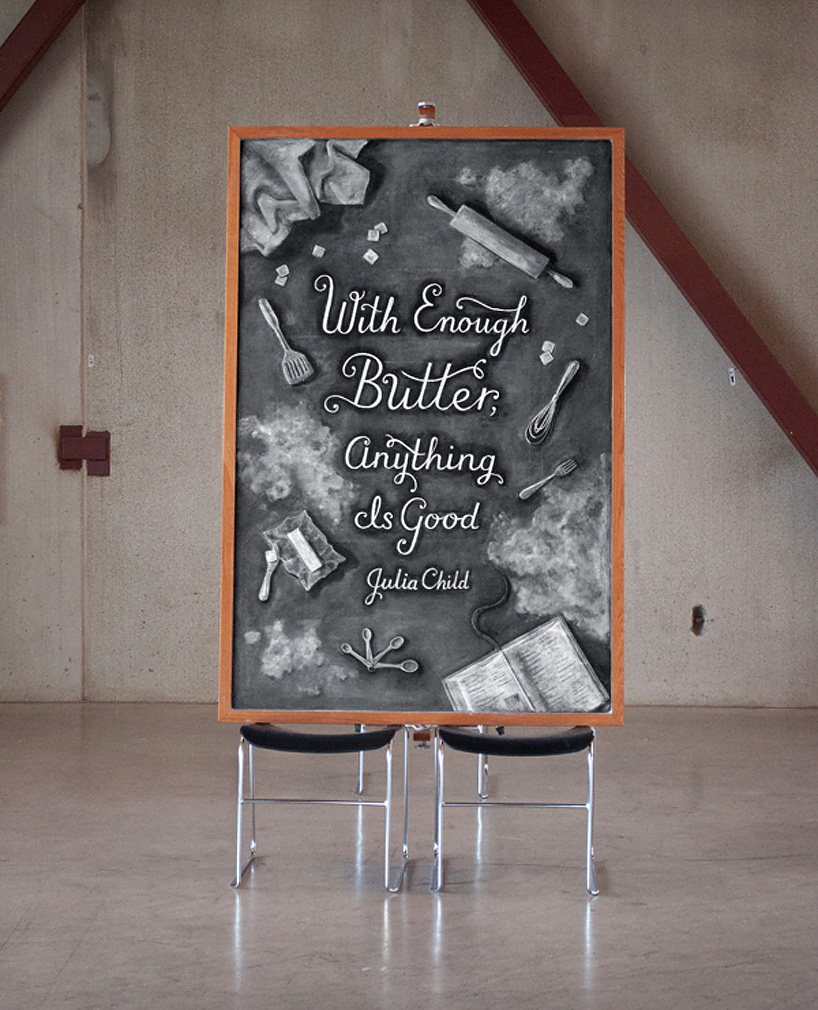 chef julia child’s saying ‘with enough butter, anything is good‘ is drawn onto the blackboard 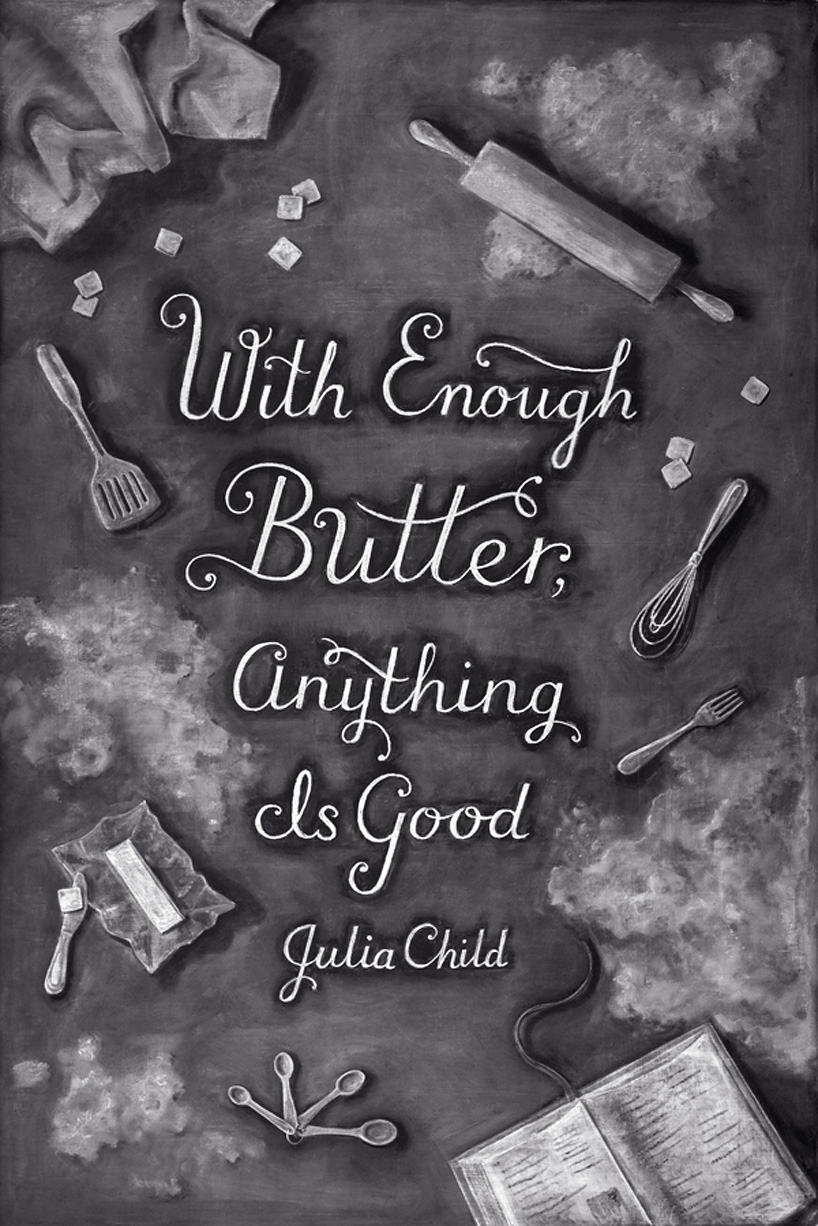 culinary items are drawn around the phrase 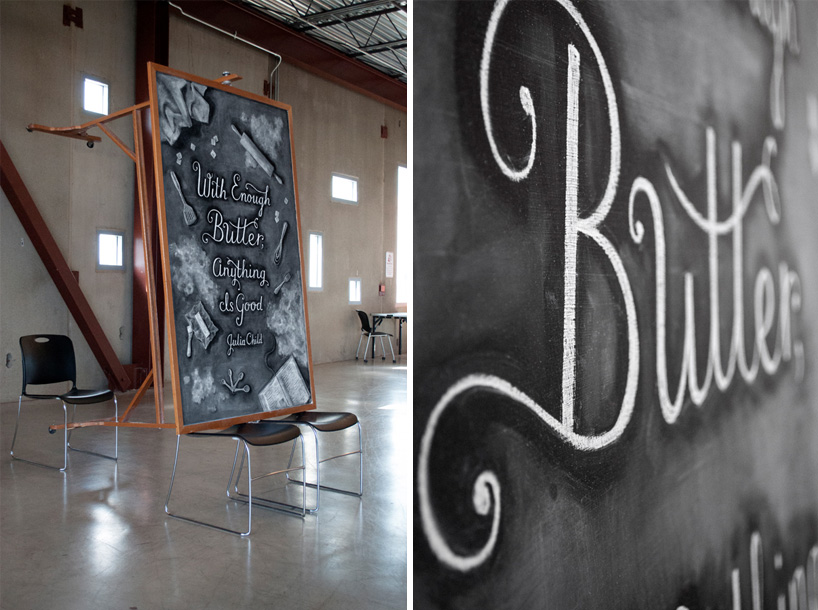 the typography for julia child’s quote is rendered in script 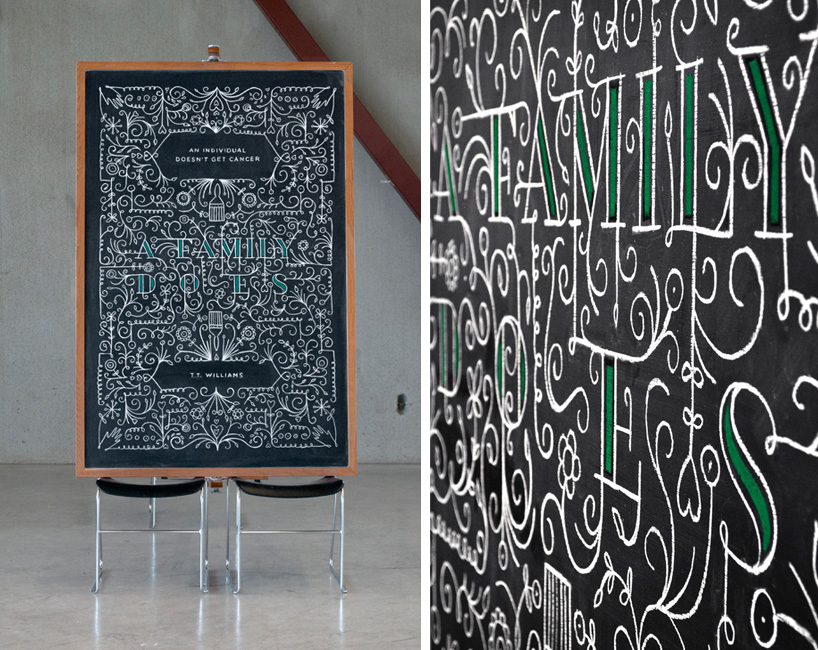 T.T. williams’ ‘an individual doesn’t get cancer, a family does‘ is drawn within the frame 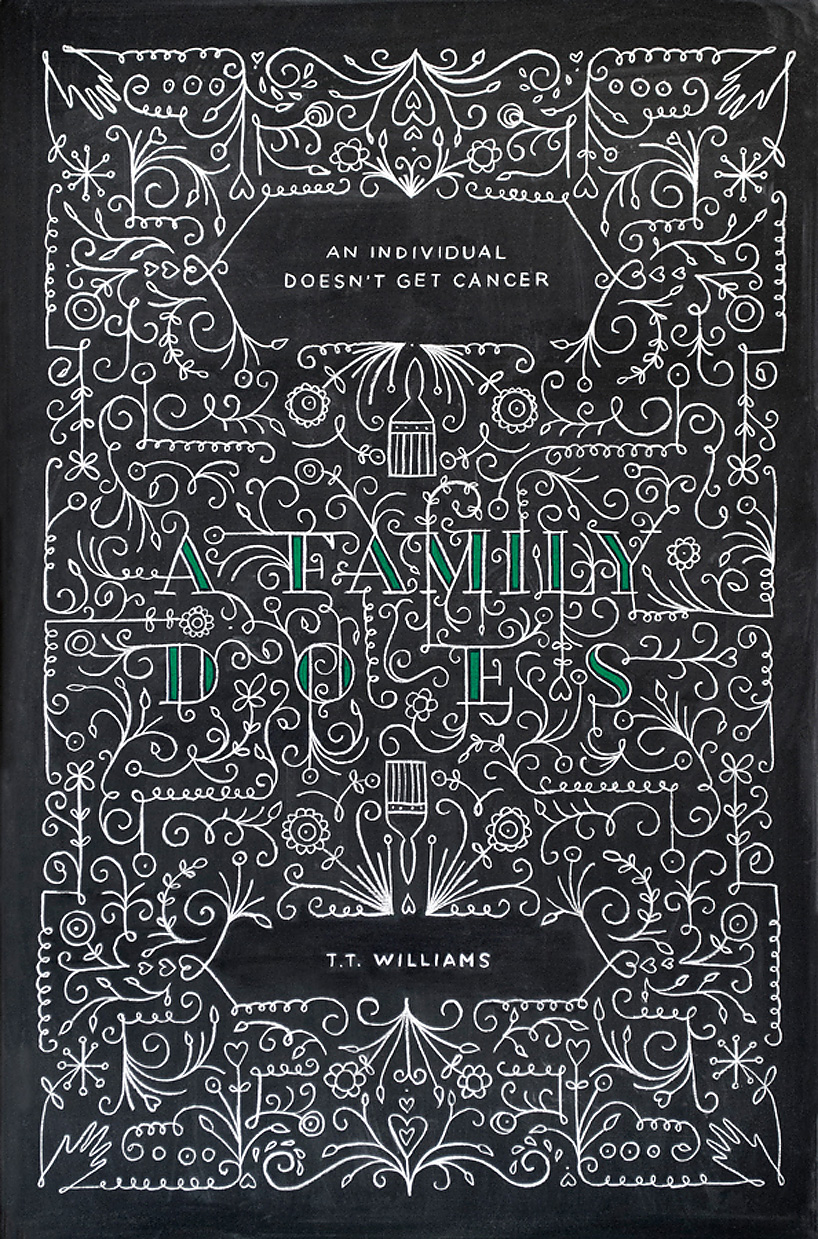 an intricate pattern is illustrated in white 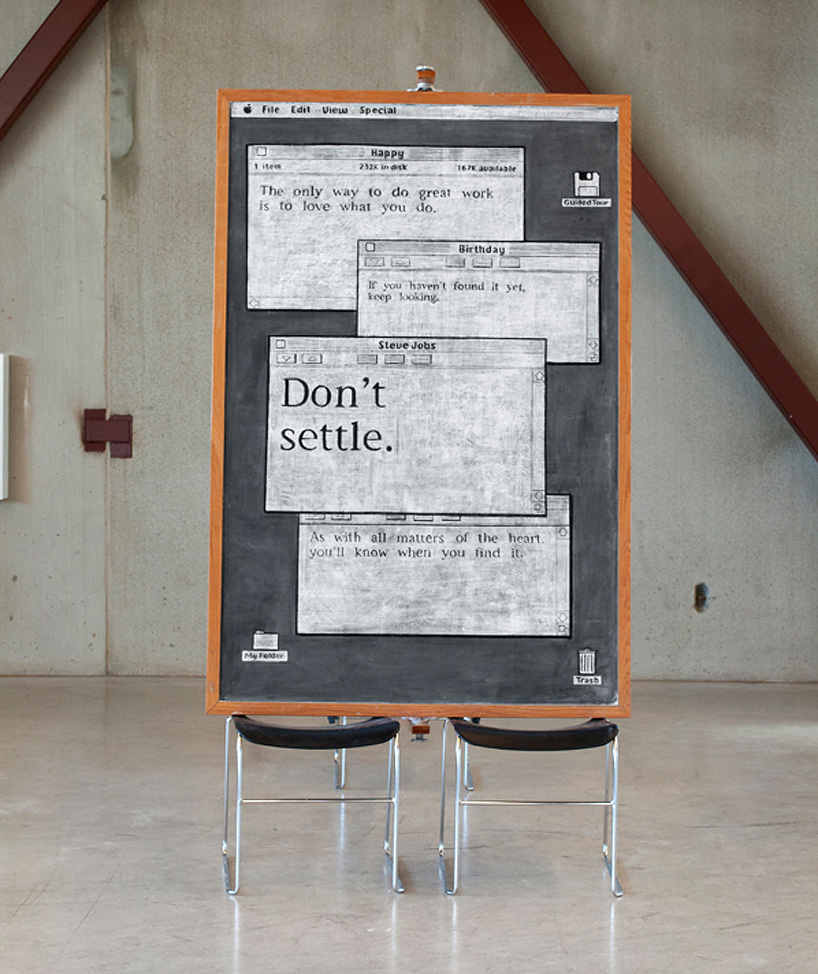 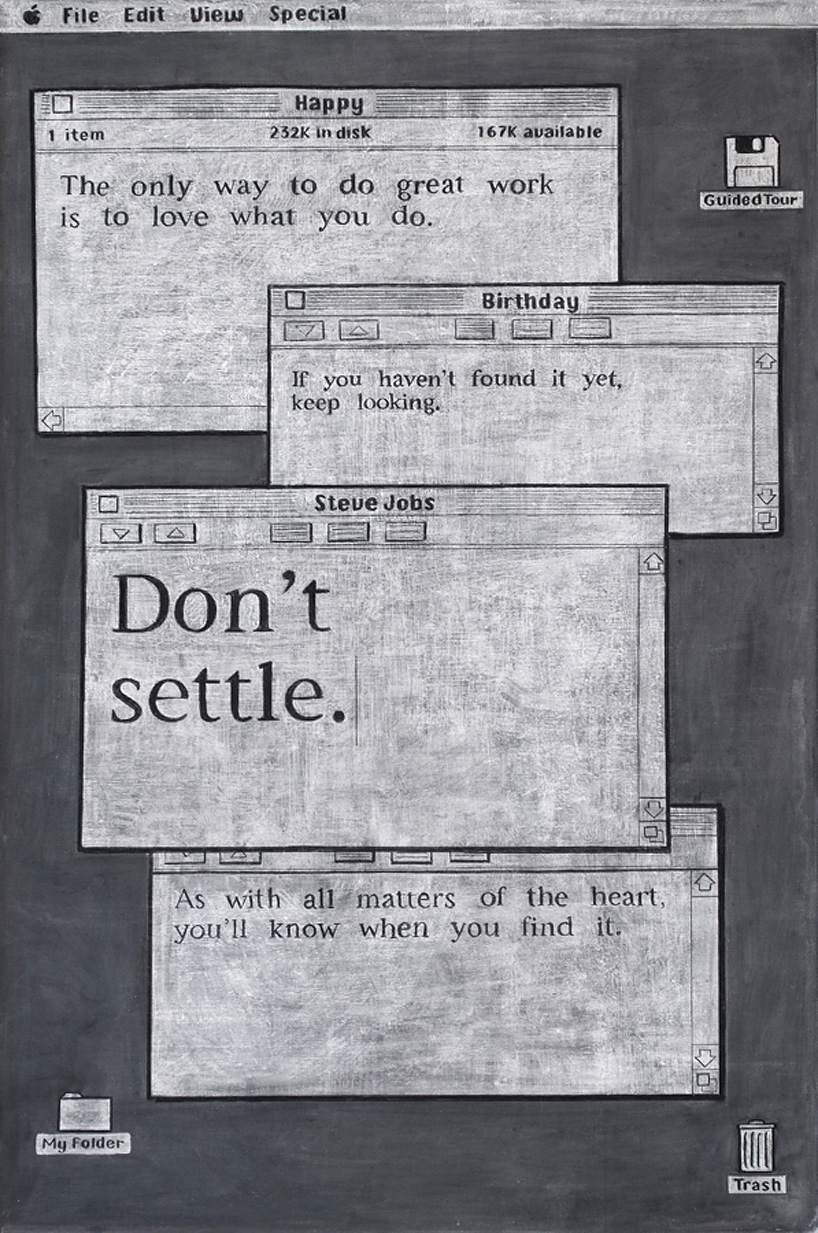 the drawings are situated as if on a macintosh screen 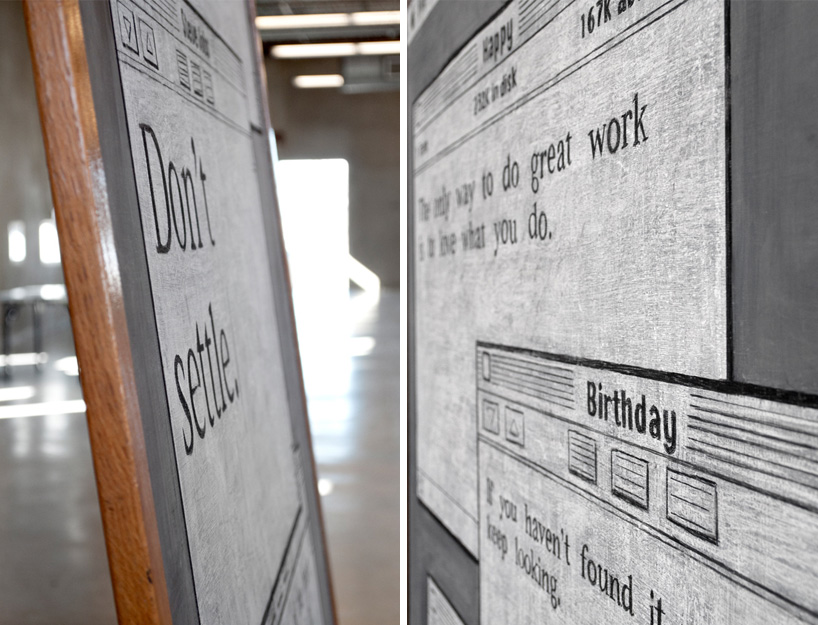 quotes placed on a desktop-style background 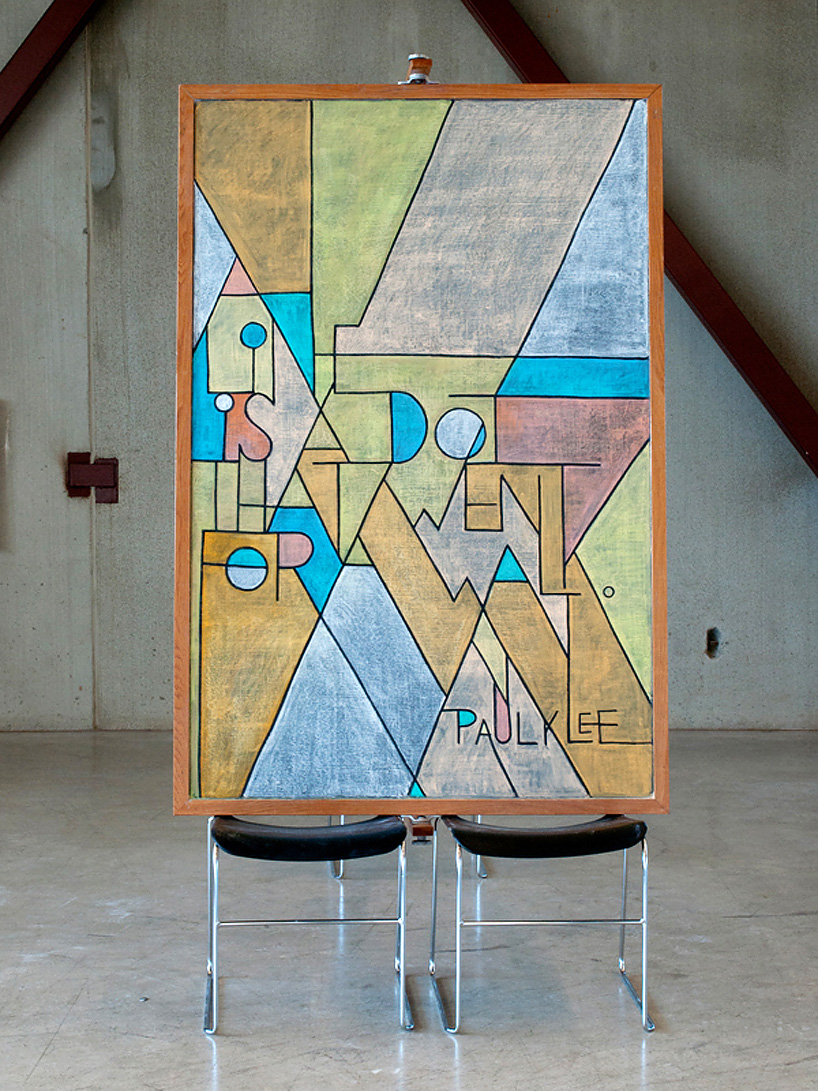 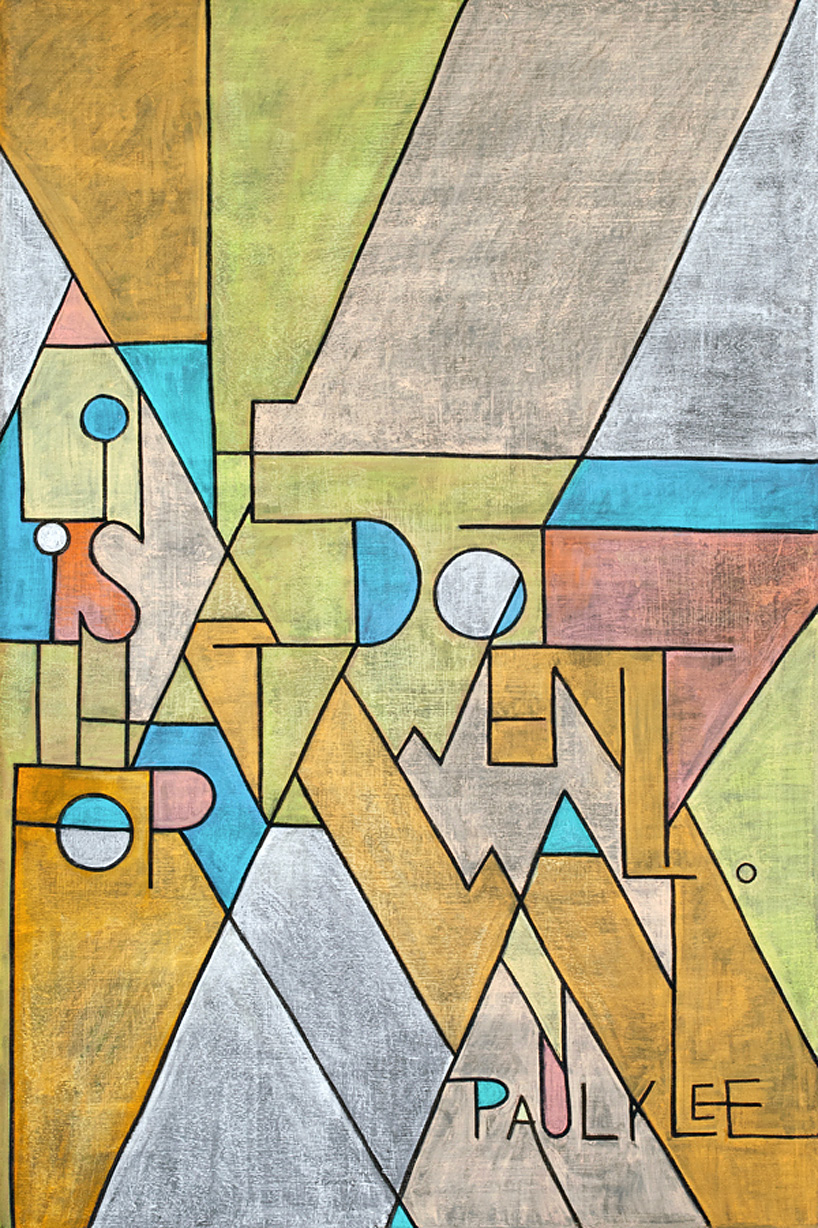 vibrant colors and geometric shapes and lines are illustrated 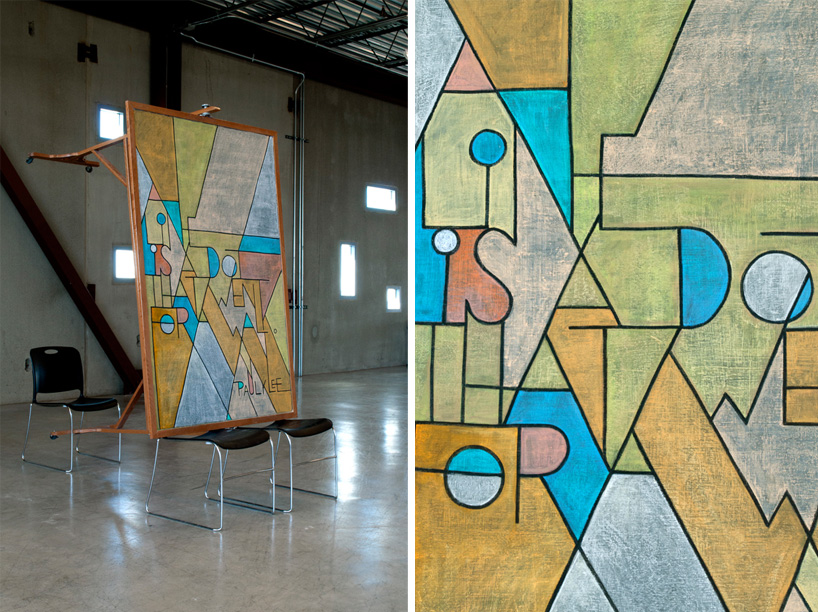 classroom chairs hold up the artwork 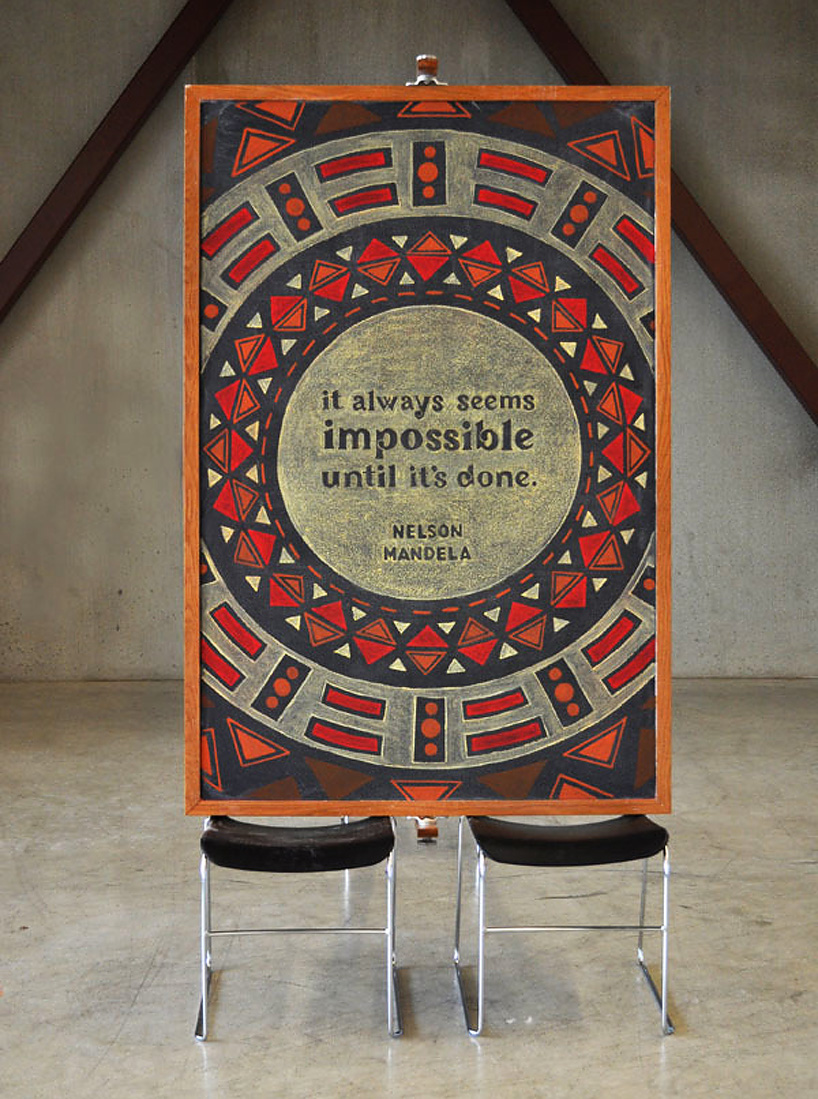 ‘it always seems impossible until it’s done‘ by neslon mandela 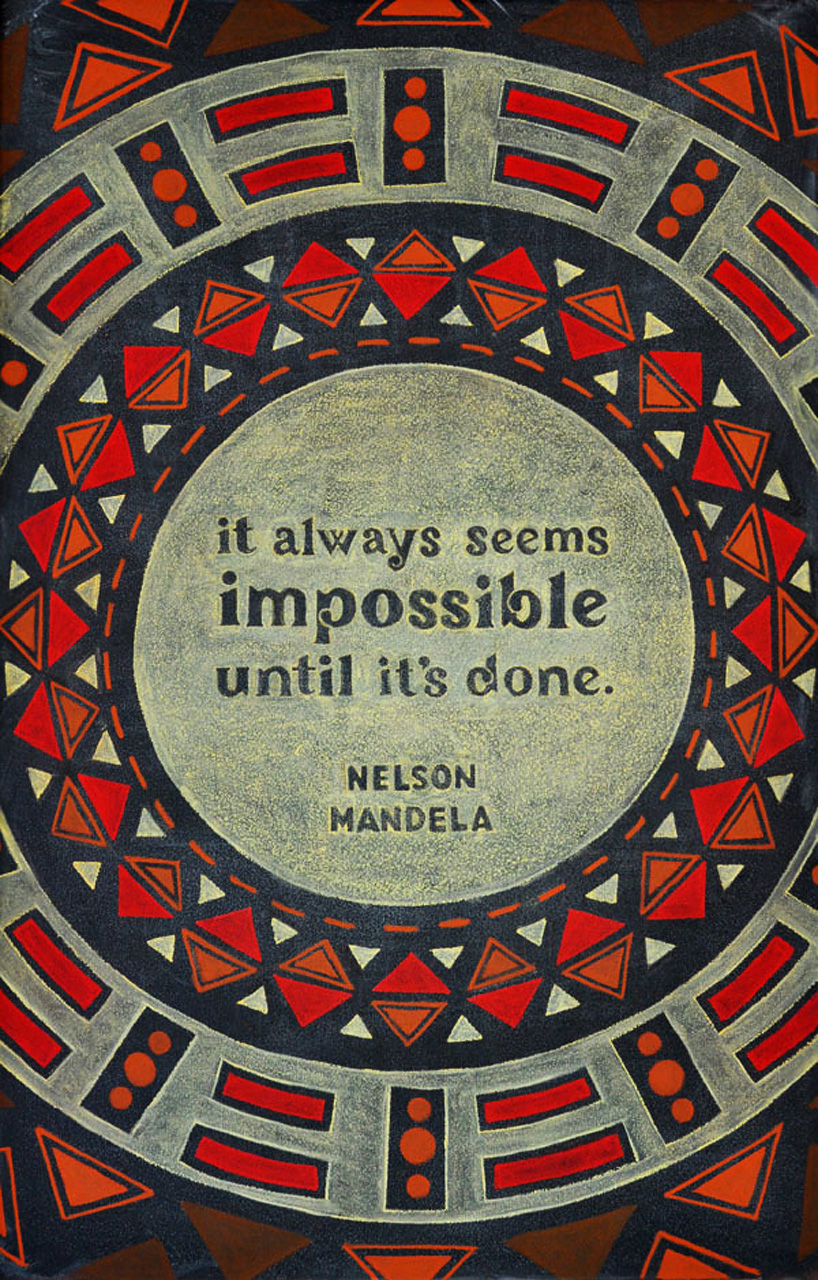 geometric motifs are illustrated onto the chalkboard 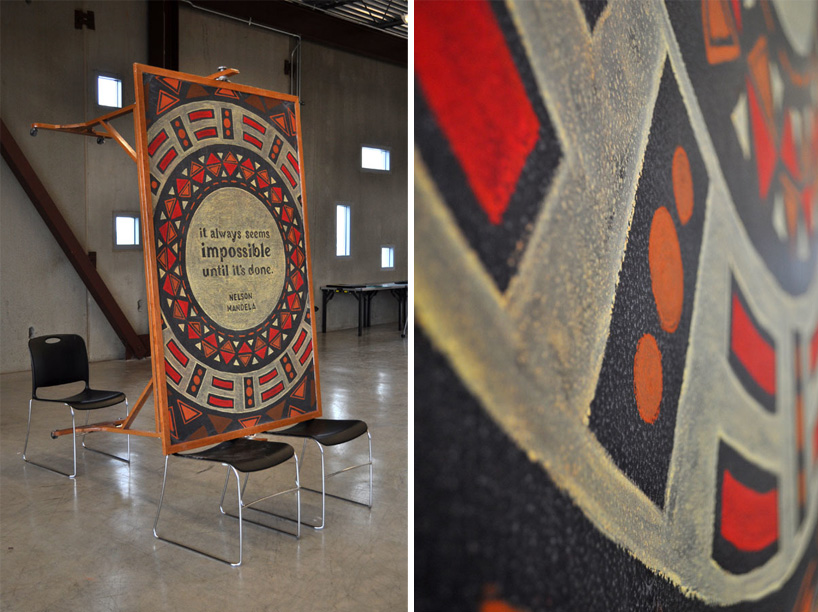 red, yellow, and orange are used to delineate the circular composition