the world’s tallest building is sited in the city of dubai, situated among equally impressive, sky-scraping towers that infill the united arab emirates’ urban landscape. fog season, typically occurring during the transitional periods from hot to cool weather, makes for a particularly dramatic panorama: building crowns pierce the clouds, slicing between dense pillows of air like sewing needles through a translucent textile. 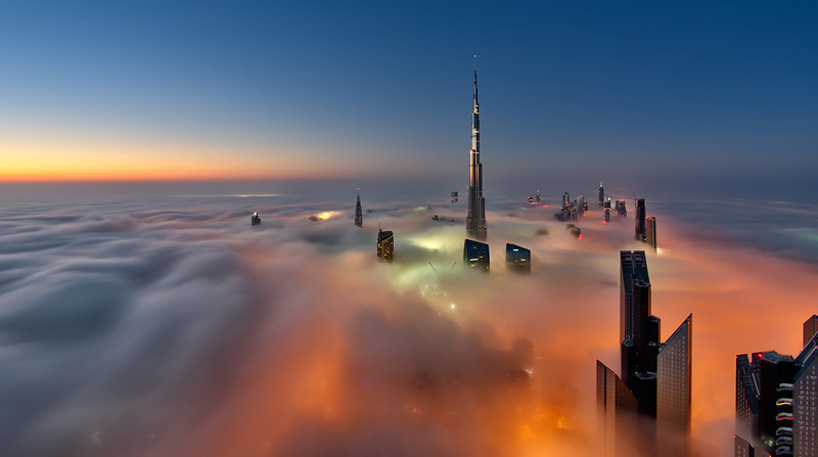 photographer daniel cheong is a resident of the megacity, and takes these limited climatic opportunities to rise to high vantage points and capture the scene. his collection of images are multidimensional in their approach and outcome — cheong adopts digital blending techniques, which consist of manually blending multiple bracketed exposures in order to obtain the maximum dynamic range. simultaneously, he aims to maintain a natural look and avoid the quality of an overworked HDR image. ‘this slight element of the surreal, or hyper-reality often found in painting, is what iI am trying to achieve‘ he says. 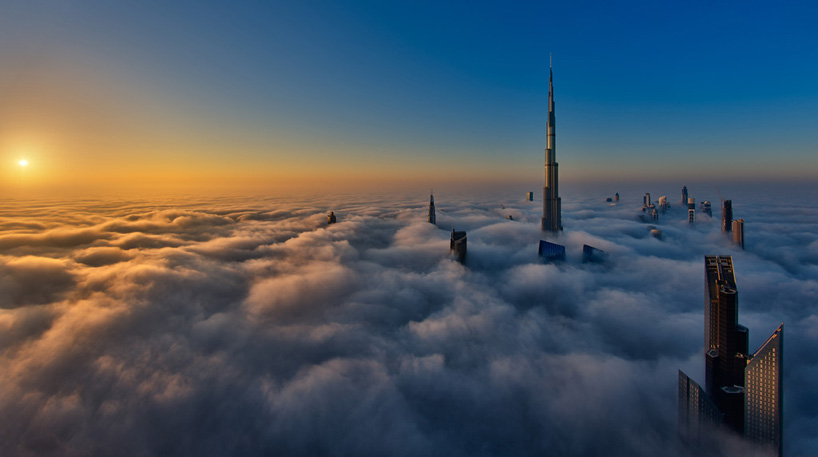 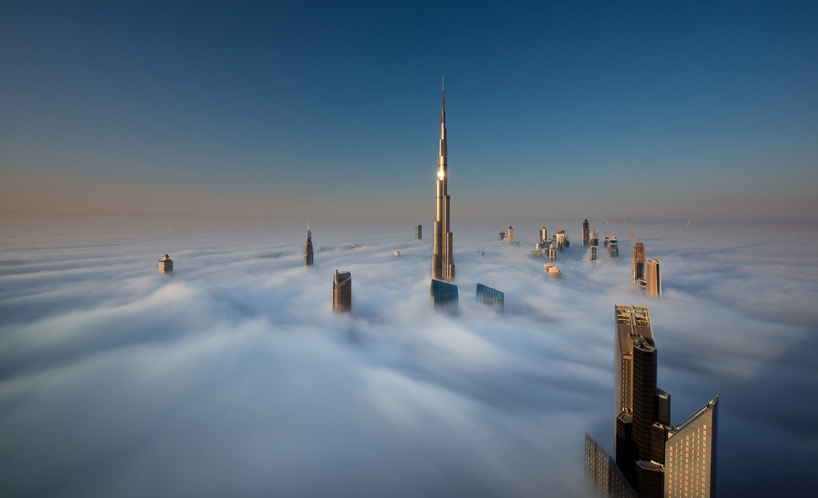 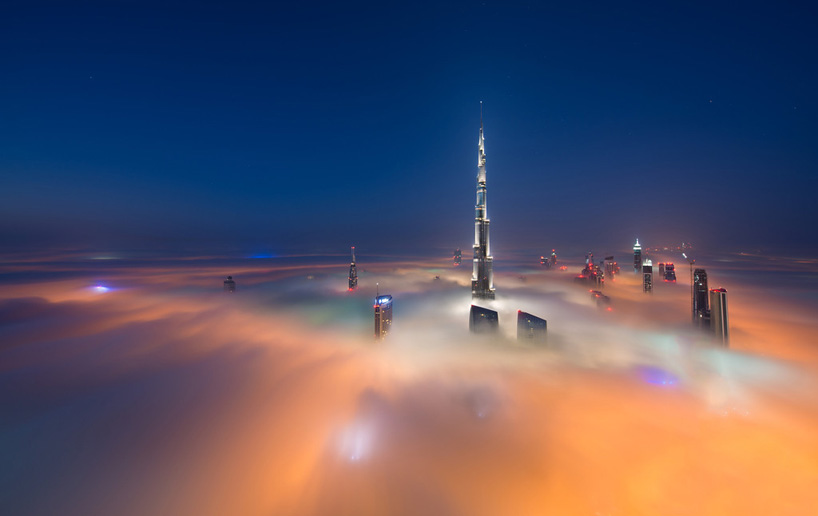 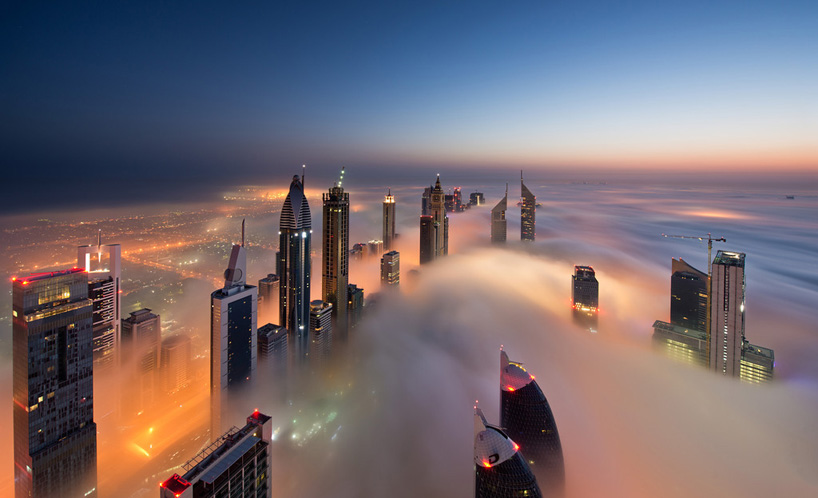 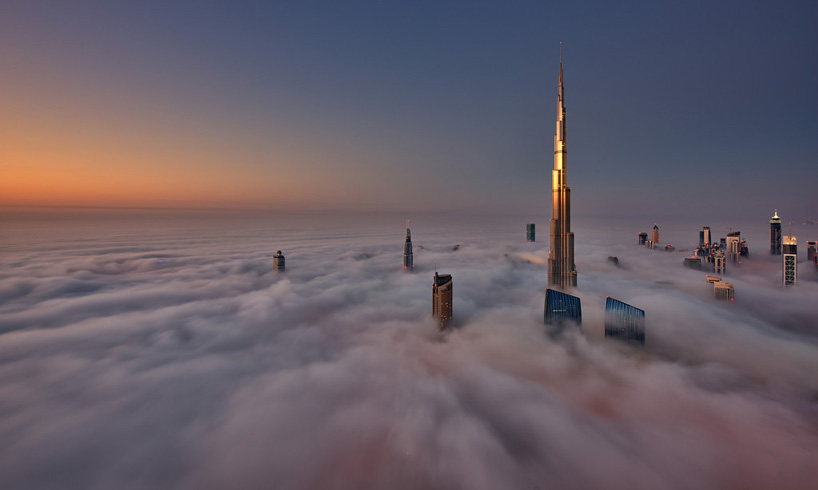 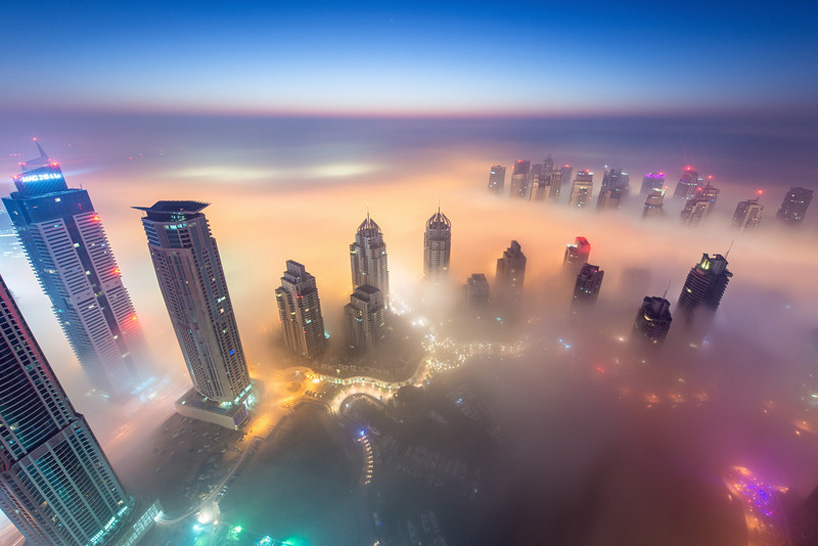 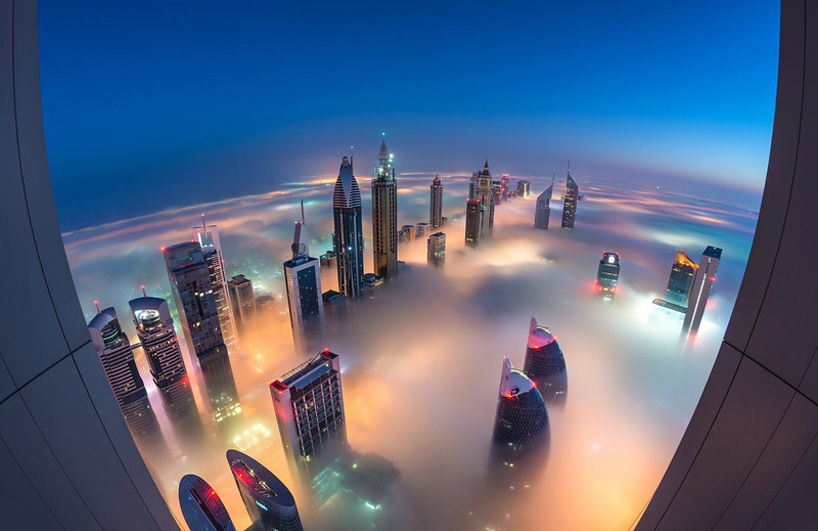