in the making of the ephemeral architecture project, gonzález has adopted techniques such as japanese kirigami (a variation of origami that includes cutting of paper, rather than solely folding it) to form folded lines that extrude from the two-dimensional space of the cardboard sheet. these sculptural paper cuts create abstract interpretations of renowned local landmarks like the pirelli skyscraper, lambrate quarter industries and the torre velasca, as well as escher’s paradoxes and impossible buildings’ projects. 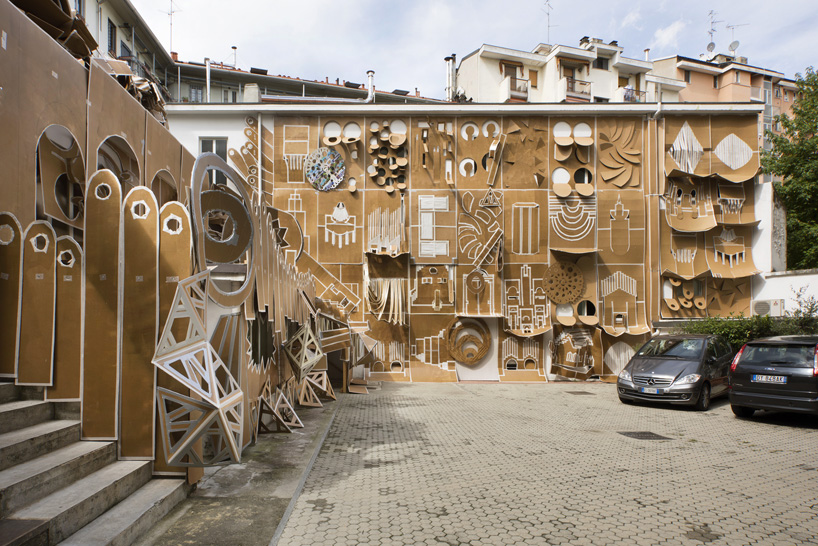 the artistic installation, described by marsèlleria as ‘an architectural model gone crazy — a surreal monument breaking into the urban context’ inhabits the external exhibition space until october 31, 2015. 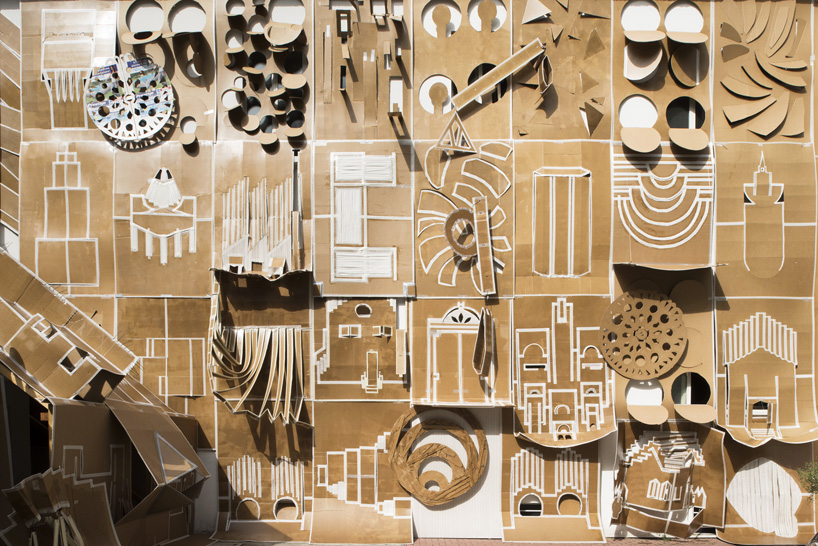 drawings marked onto the surface of the cardboard represent architectural landmarks 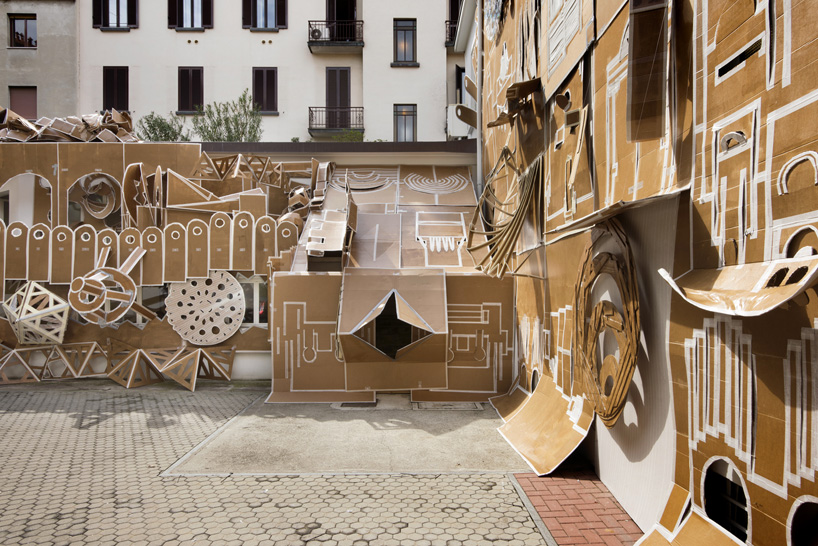 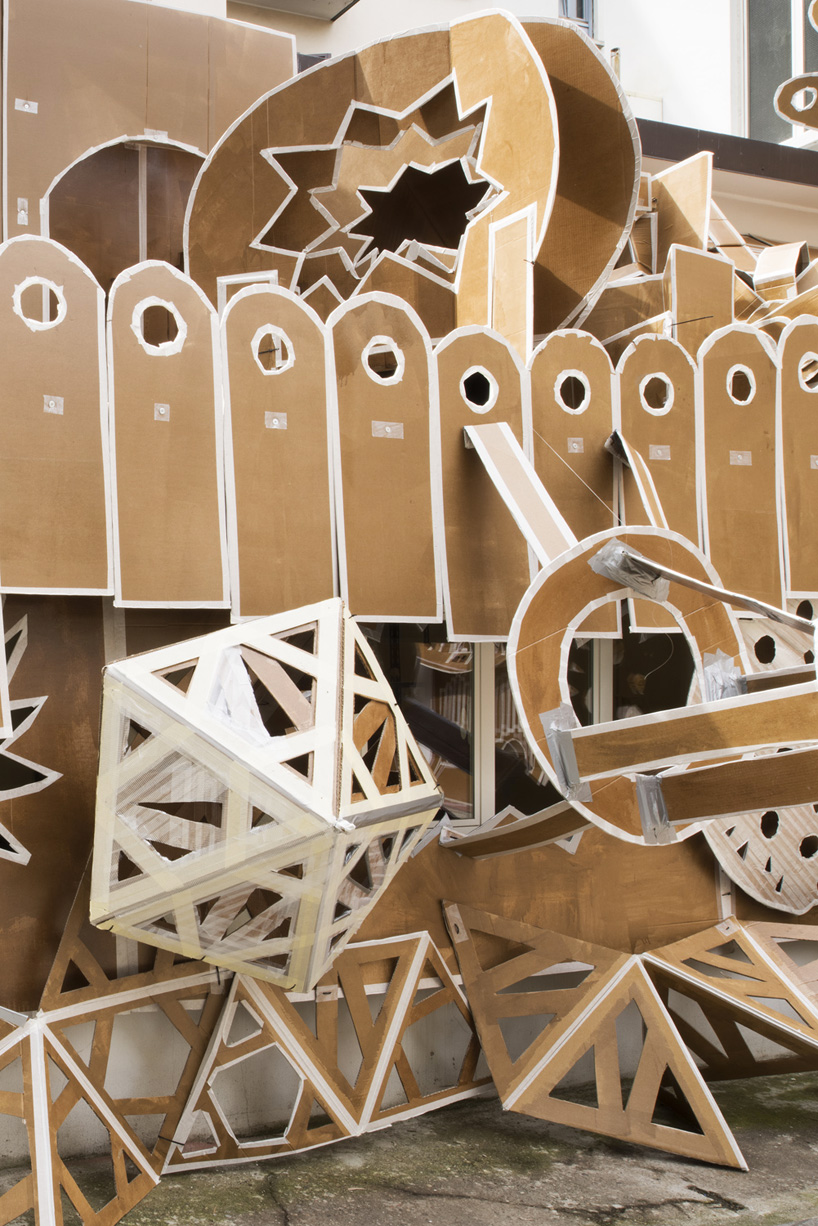 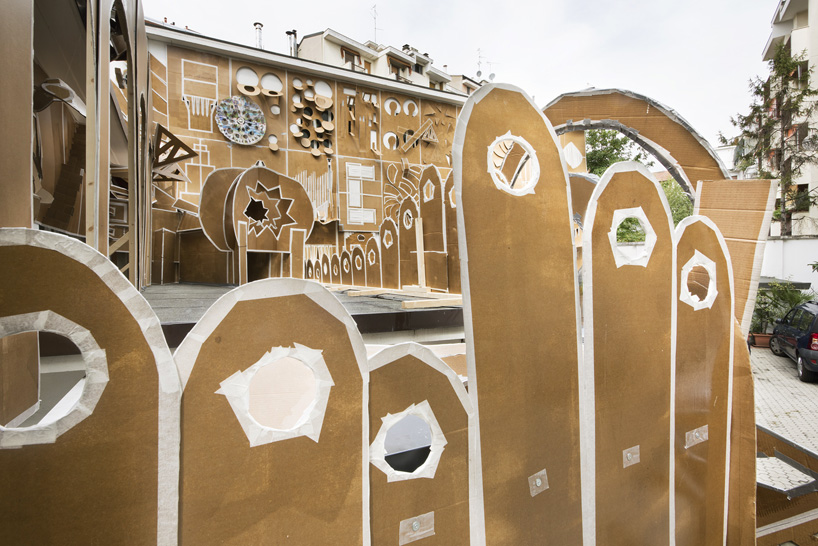 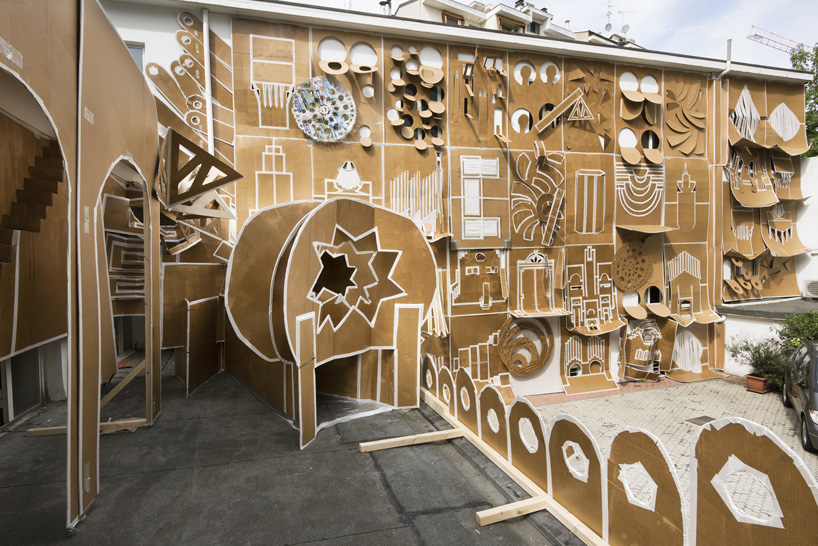 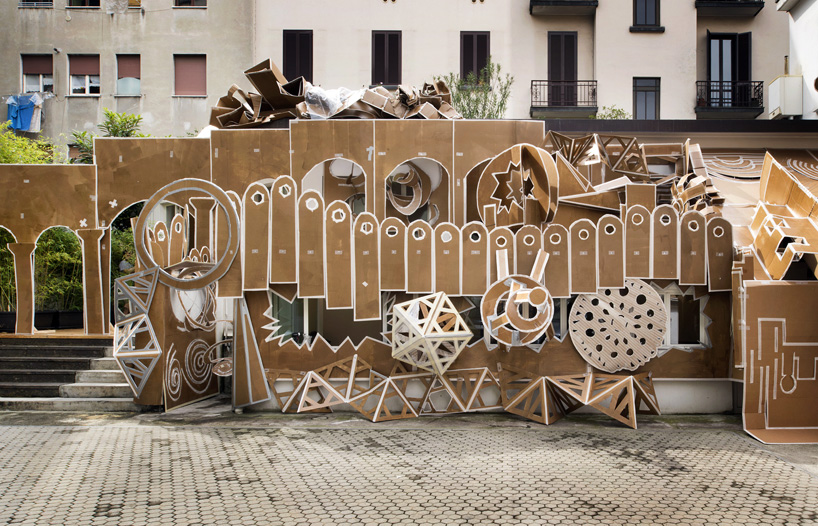 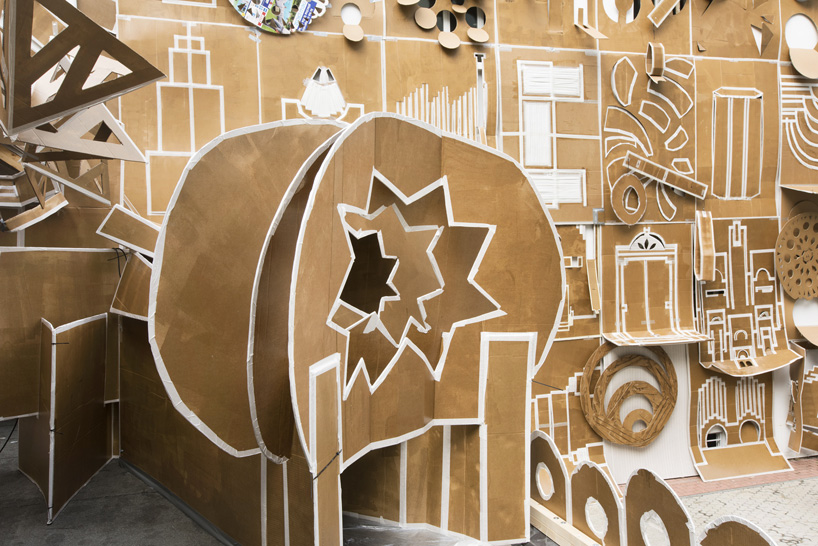 the cardboard cut-outs are treated with a white tape outline 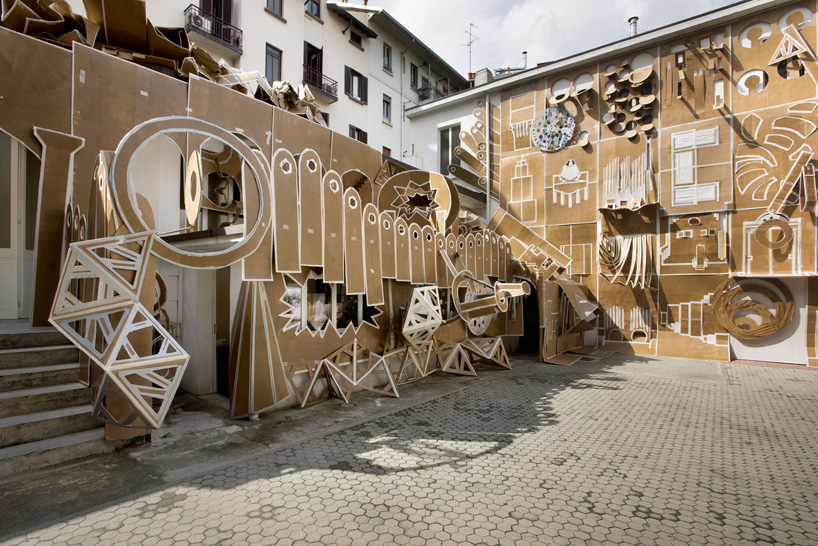 the intervention is influenced by children’s pop-up books 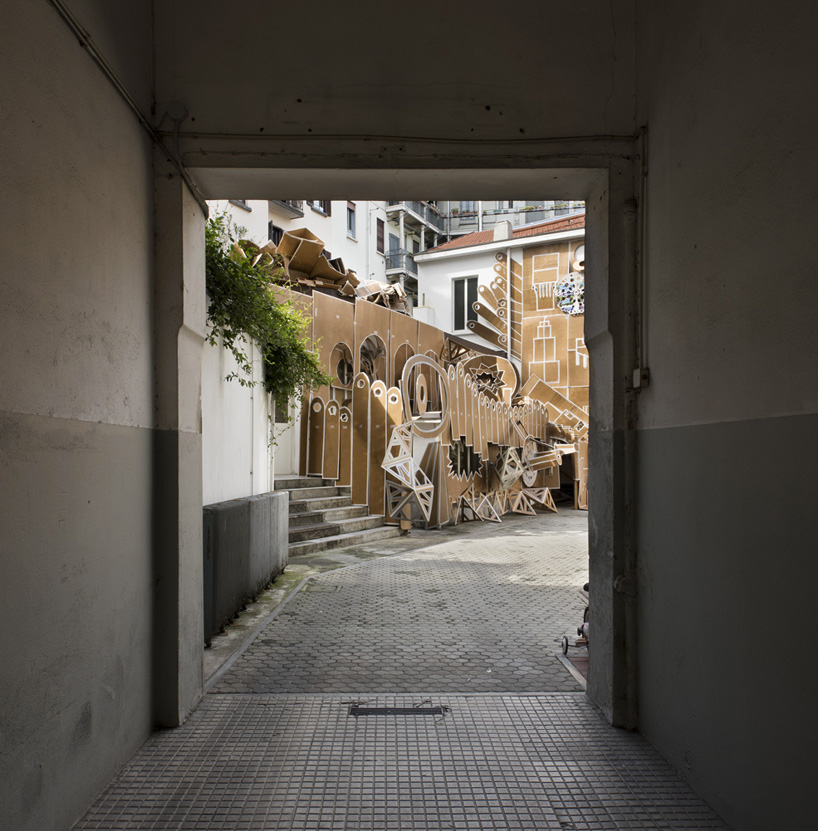 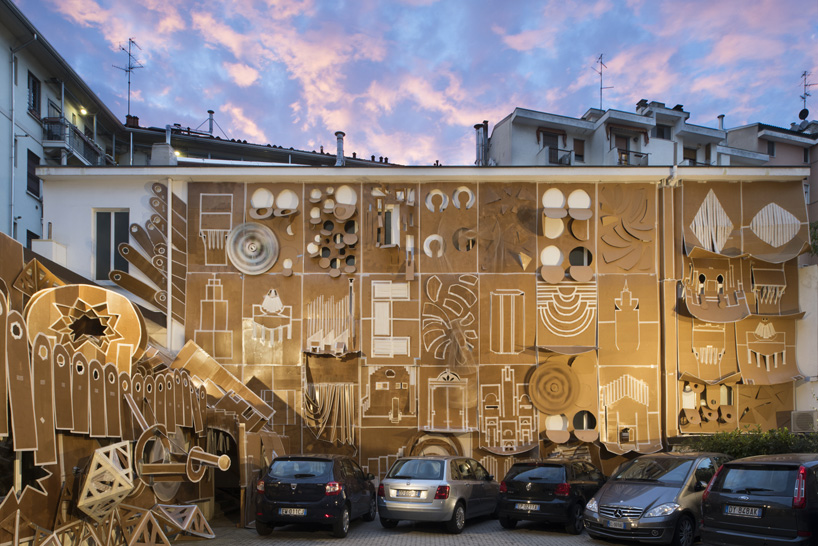 by night, internal lights illuminate the courtyard and artwork 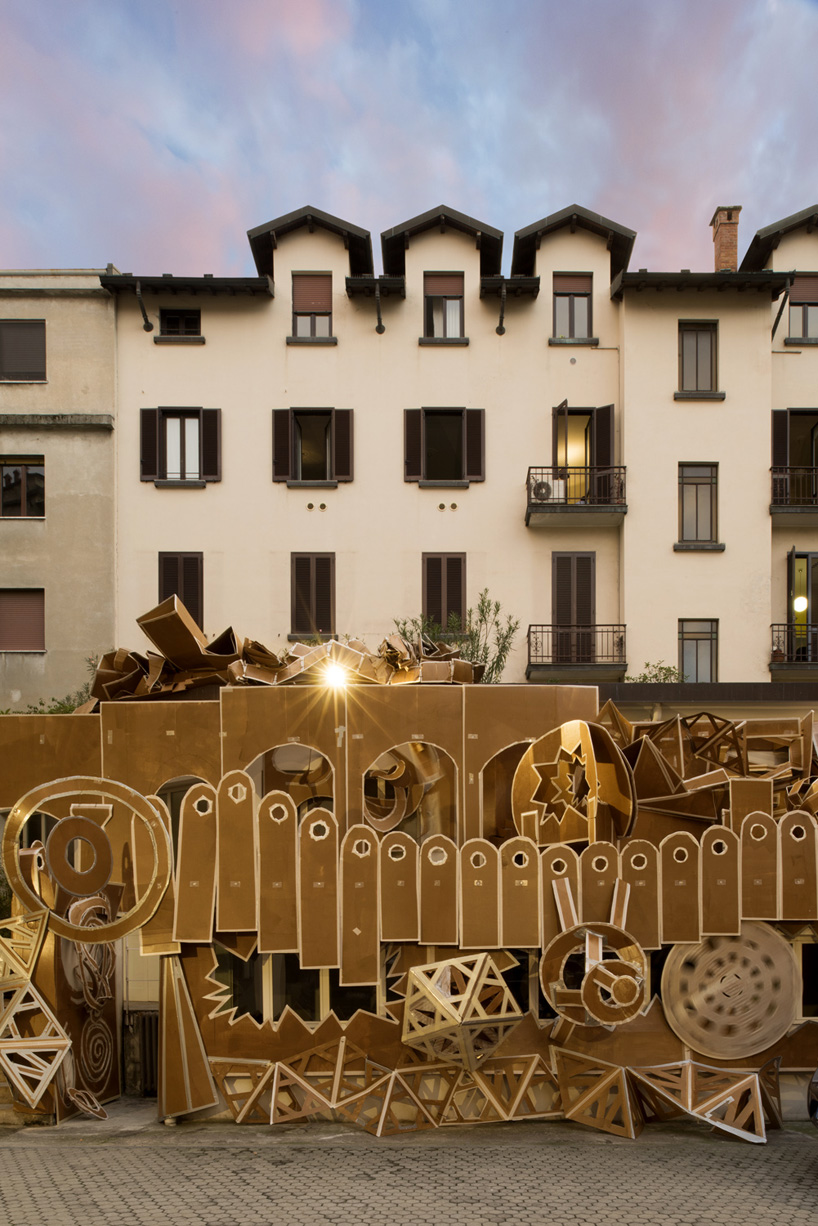 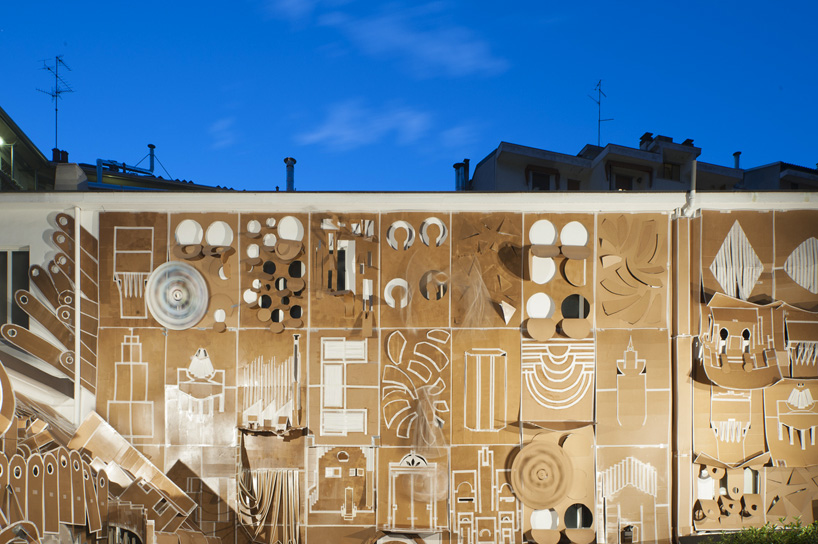 the cardboard pieces are animated and move throughout the day 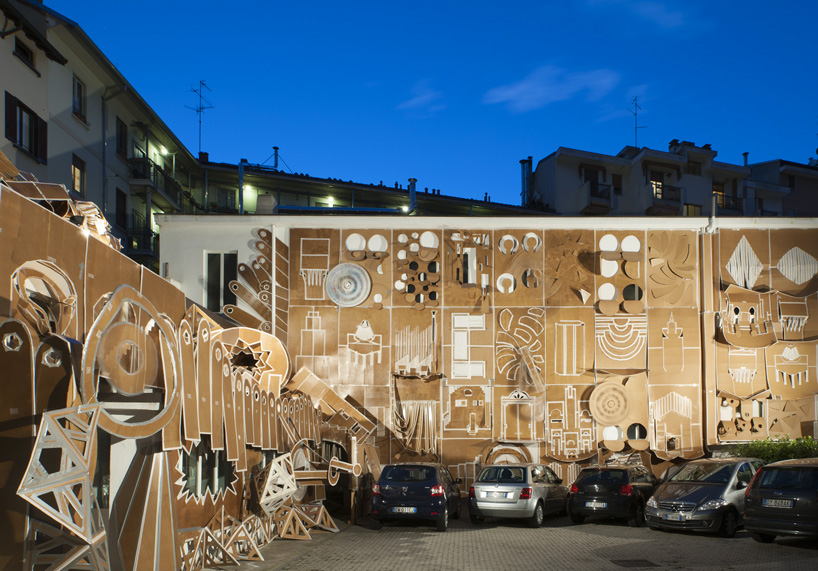 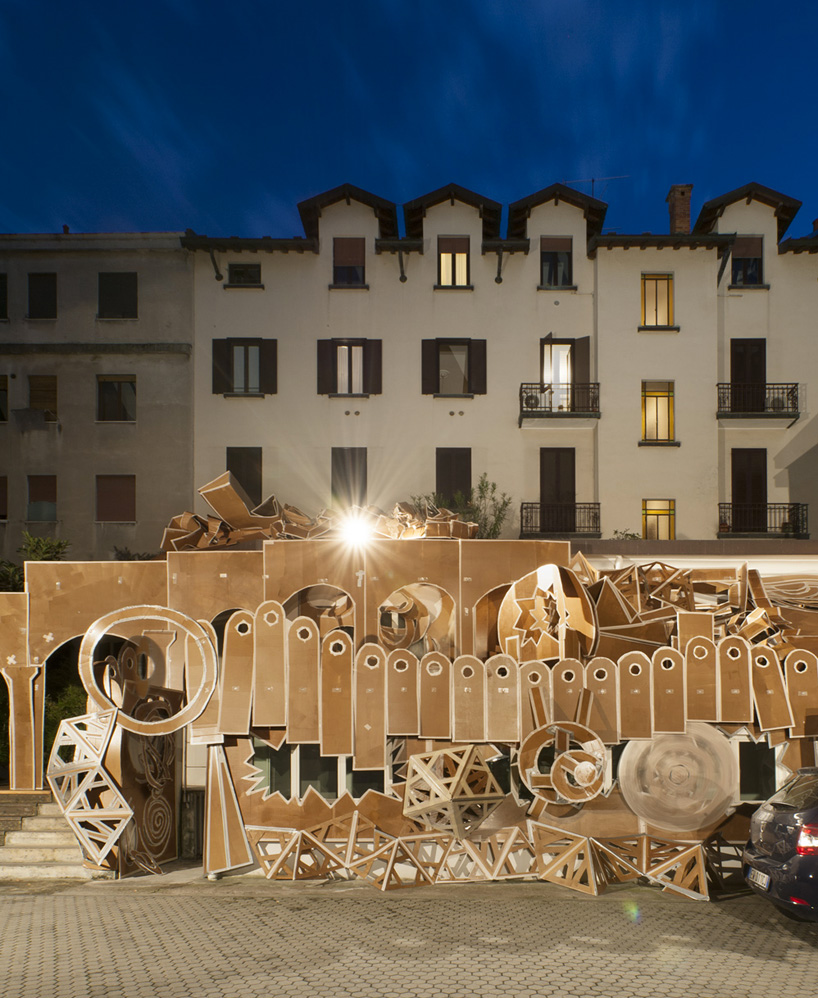 a cardboard wheel spins on the far right, transforming the space into a surreal scene 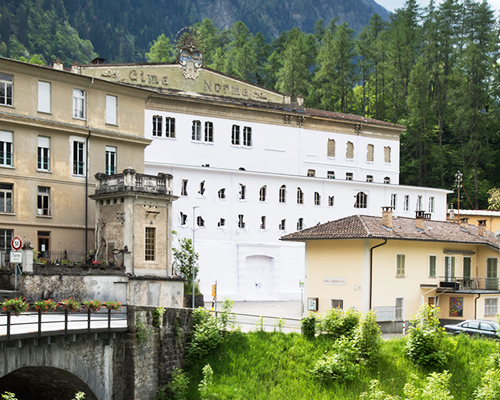 May 25, 2016
daniel gonzález wraps a chocolate factory in the swiss alps with paper