landscape photographer daniel kordan has travelled to yemen’s socotra islands to capture its astonishing nature. known as one of the planet’s most biodiverse places, the alien-like landscape is home to species that do not occur anywhere else in the world. 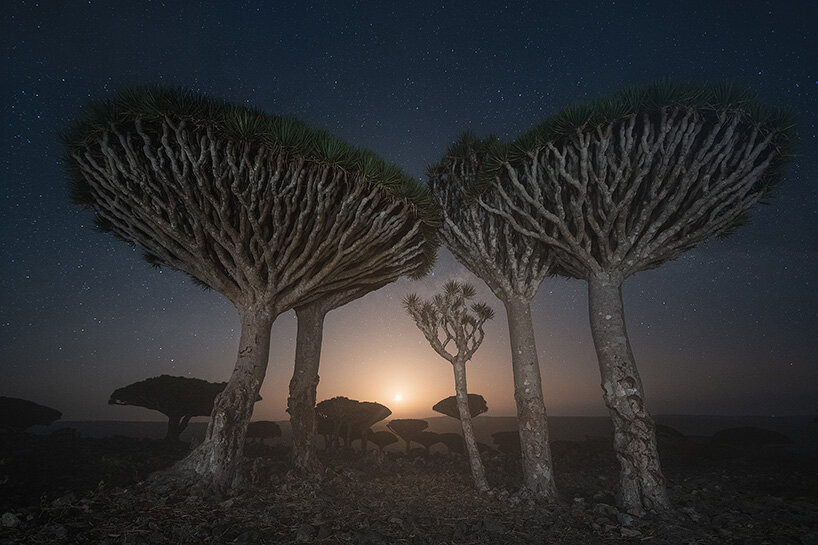 ‘socotra is globally important for biodiversity conservation because of its exceptionally rich and distinct flora and fauna,’ said UNESCO when adding the socotra archipelago to the world heritage list. ‘37% of socotra’s plant species, 90% of its reptile species and 95% of its land snail species do not occur anywhere else in the world. socotra is of particular importance to the horn of africa’s biodiversity hotspot and, as one of the most biodiversity rich and distinct islands in the world, has been termed the galápagos of the indian ocean.’ 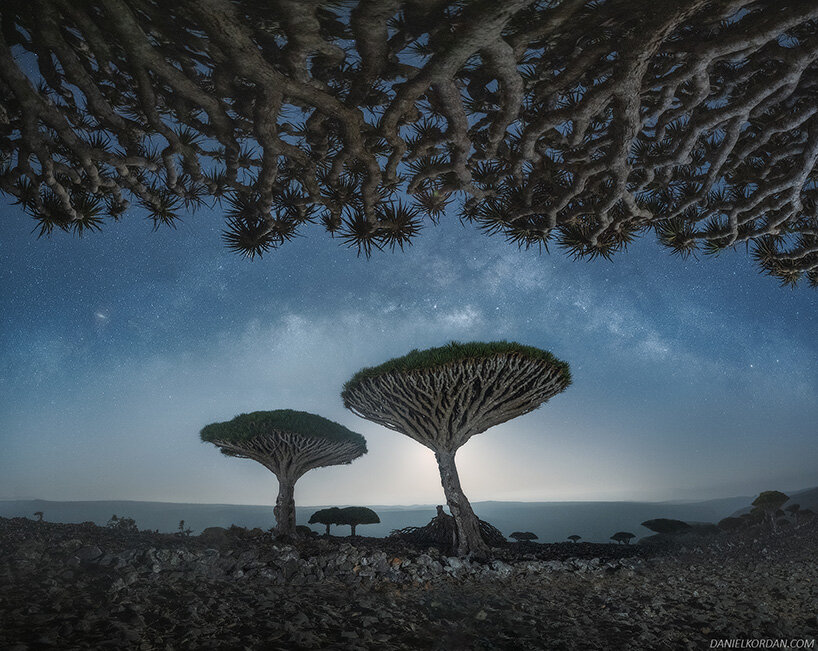 socorra has various sites to explore, including the diksam plateau where visitors can find the dracaena cinnabari. also known as the dragon blood tree, legend says the first one was created from the blood of a dragon that was wounded after fighting an elephant. 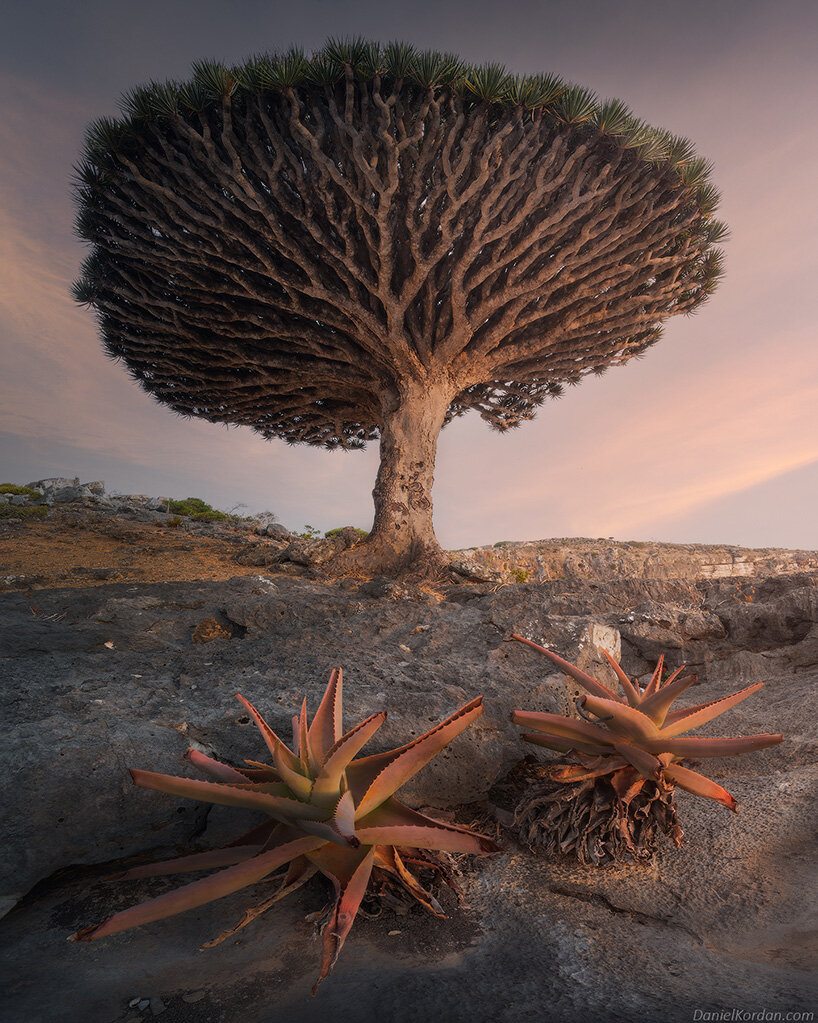 ‘there’s something magical about shooting the diksam plateau at night, especially with no light pollution on the island and a breathtakingly clear atmosphere,’ said daniel kordan. ‘try to choose a week with no moon or with the moonrise deep in the night sky.’ 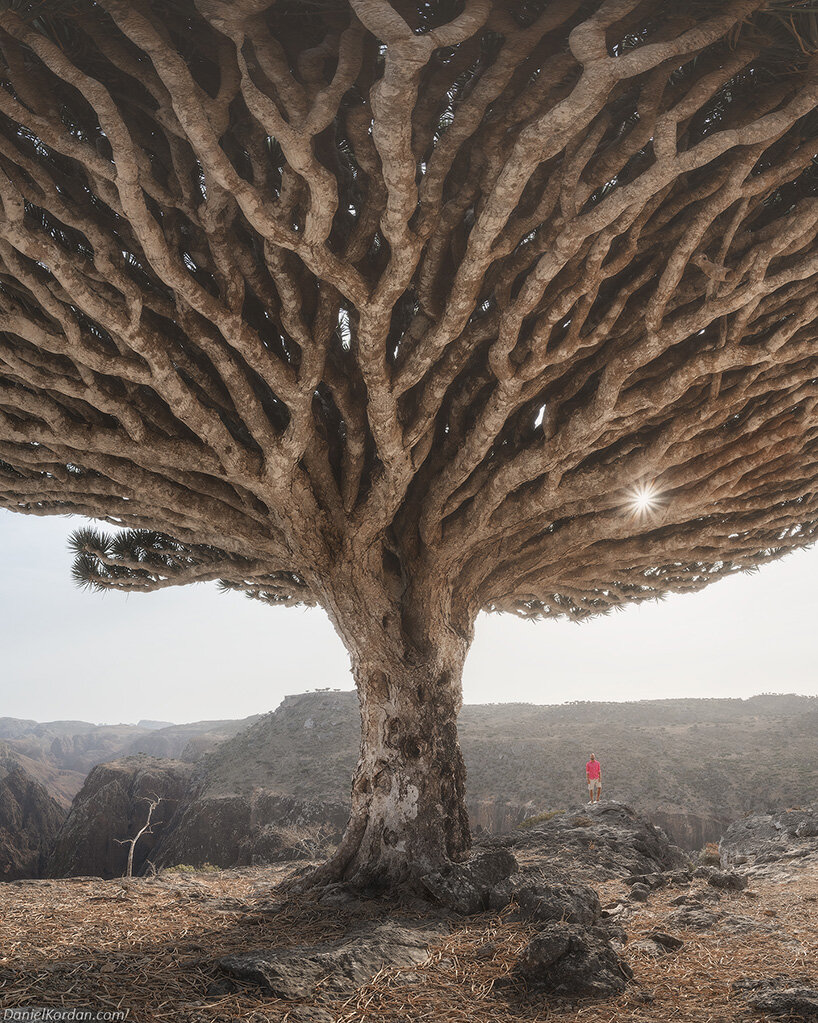 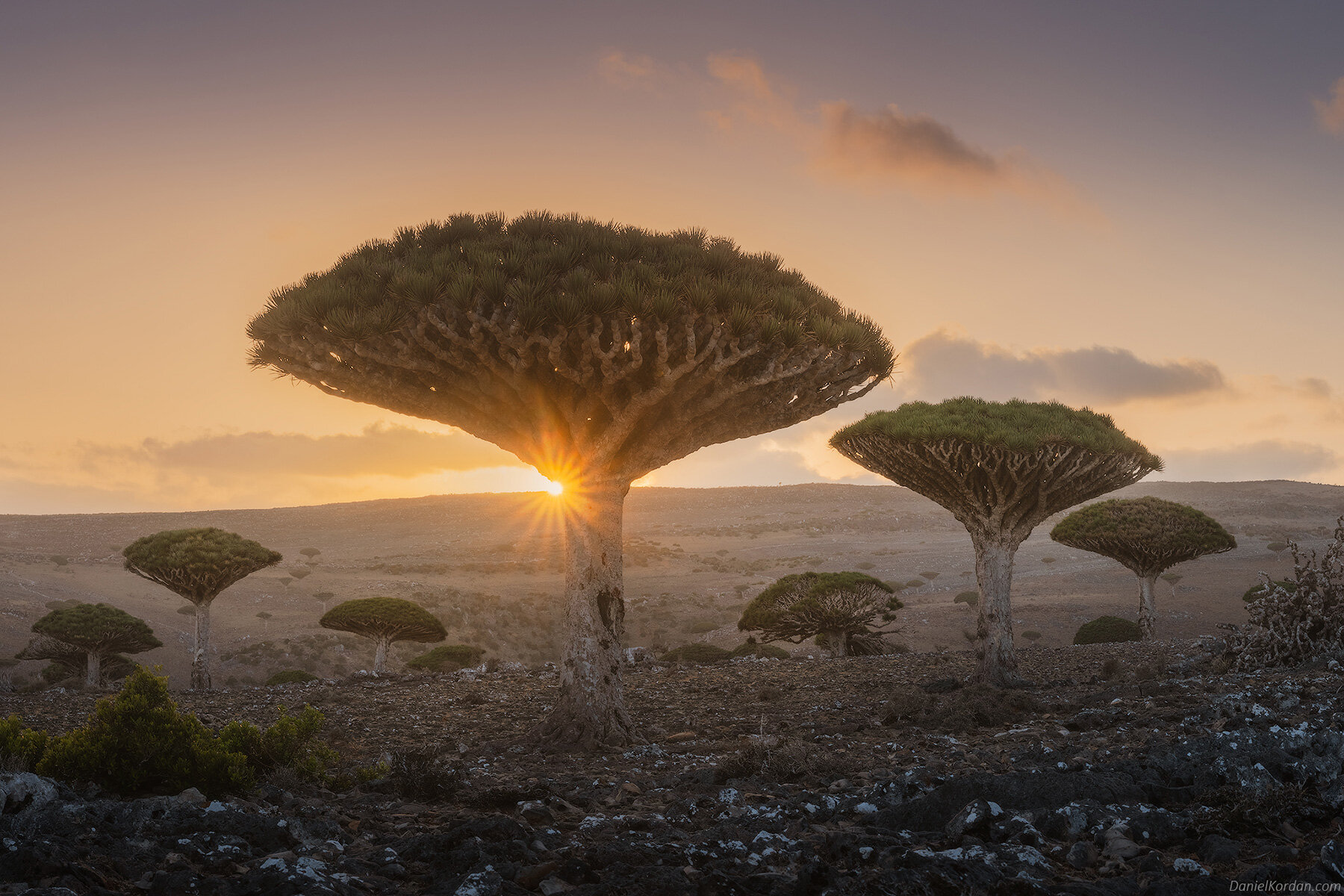 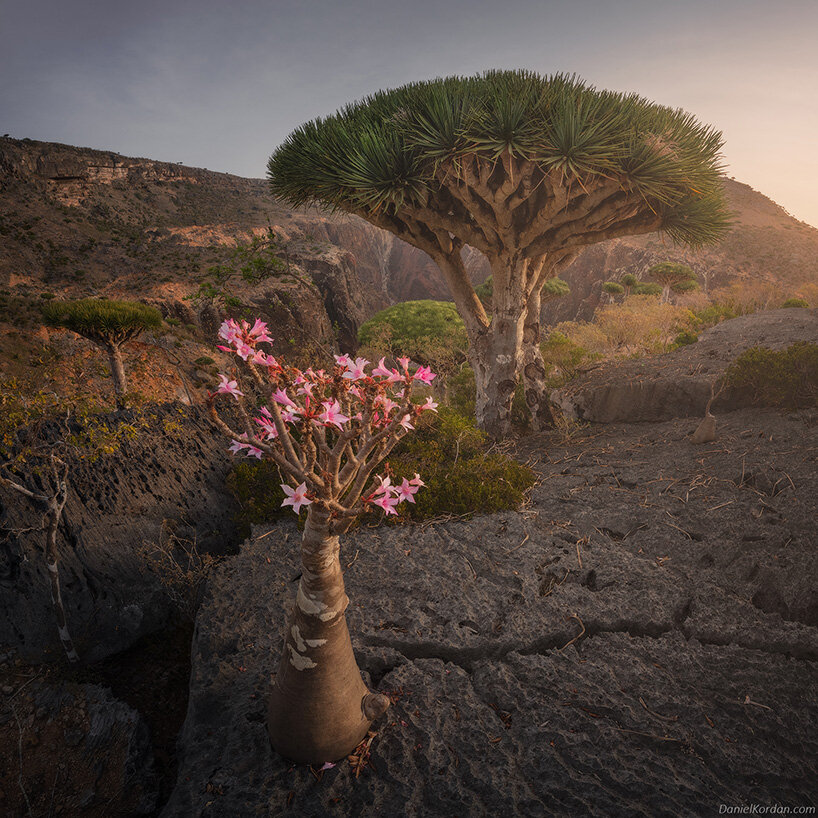 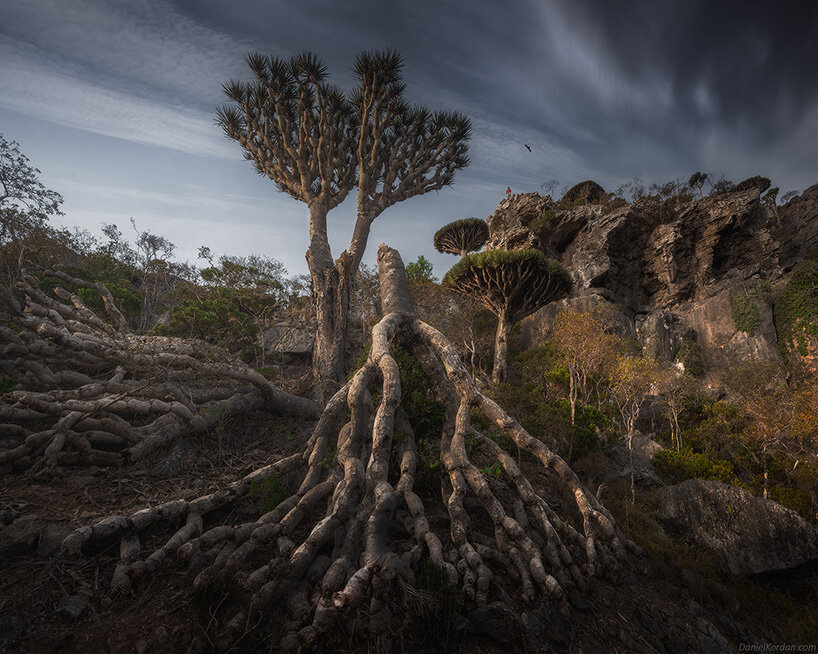 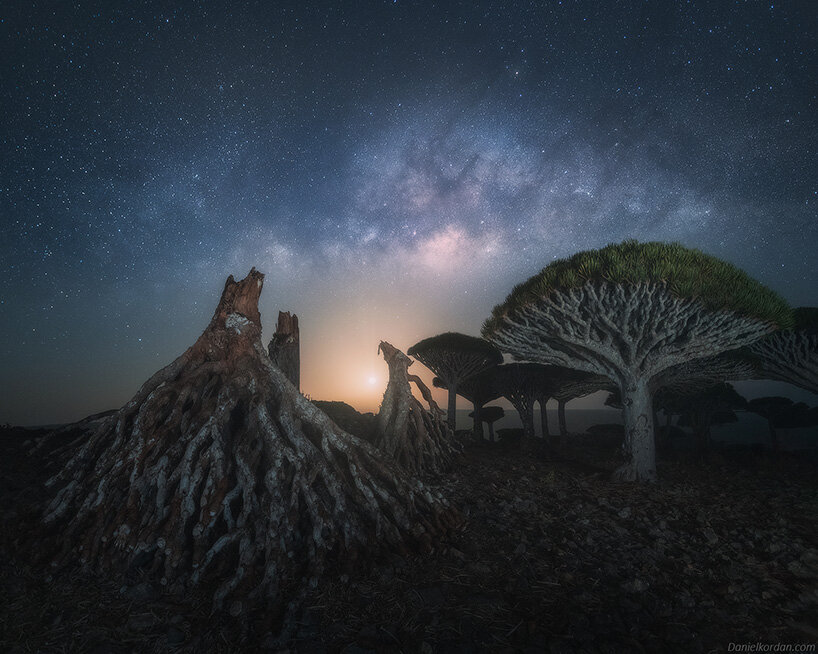 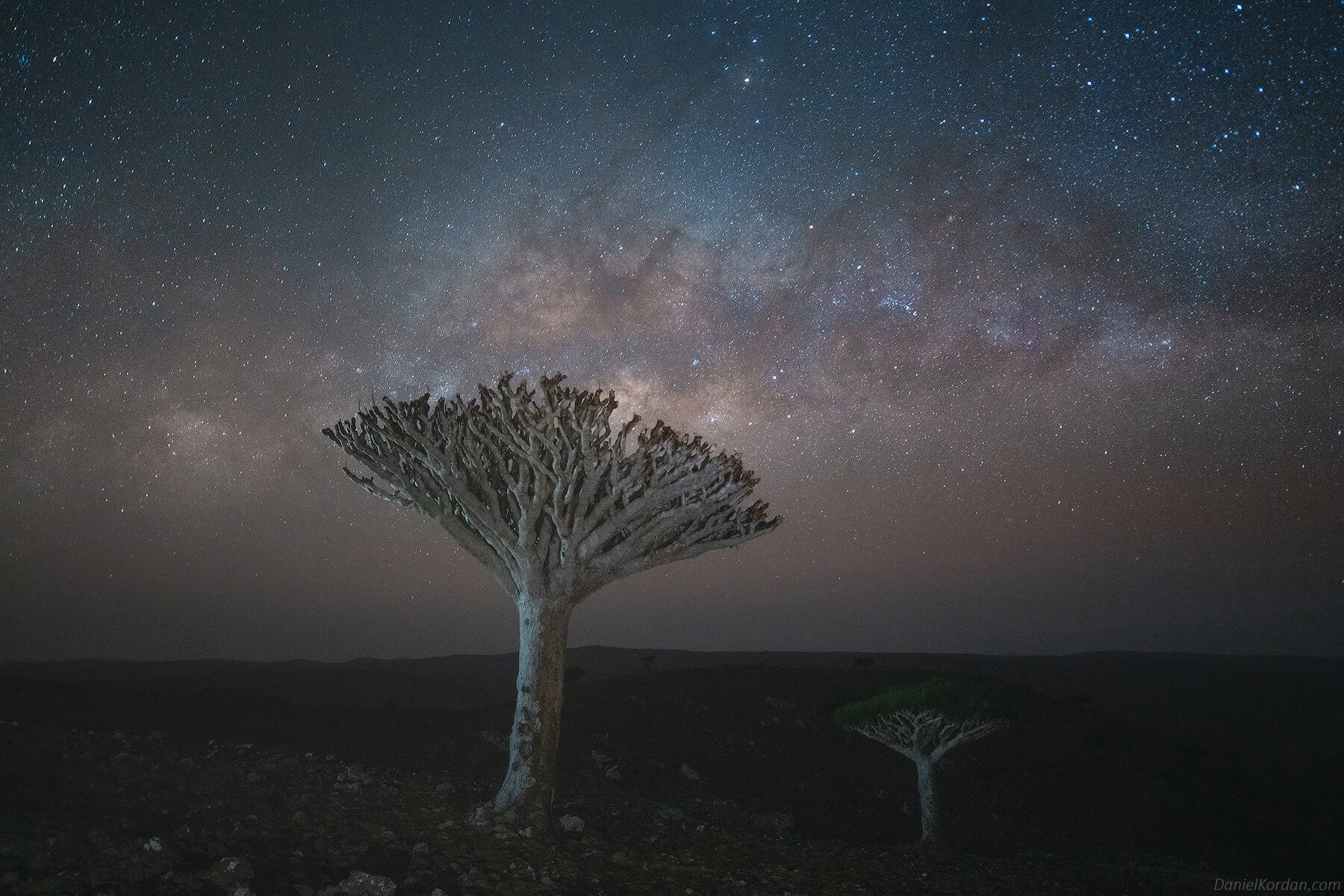 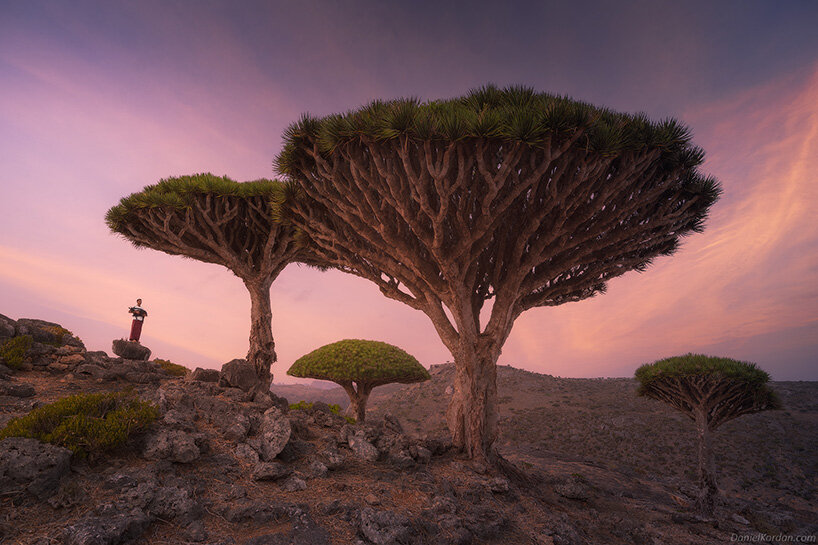 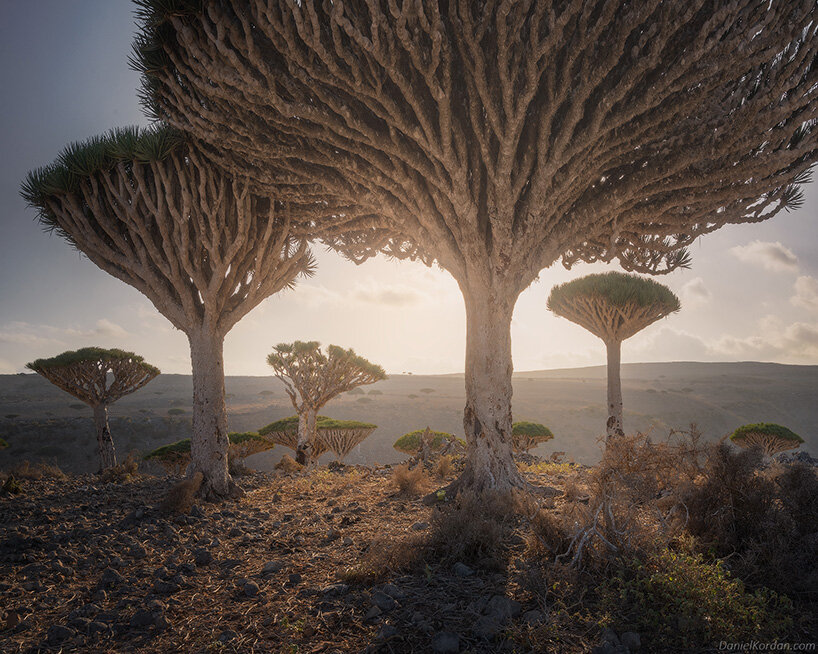 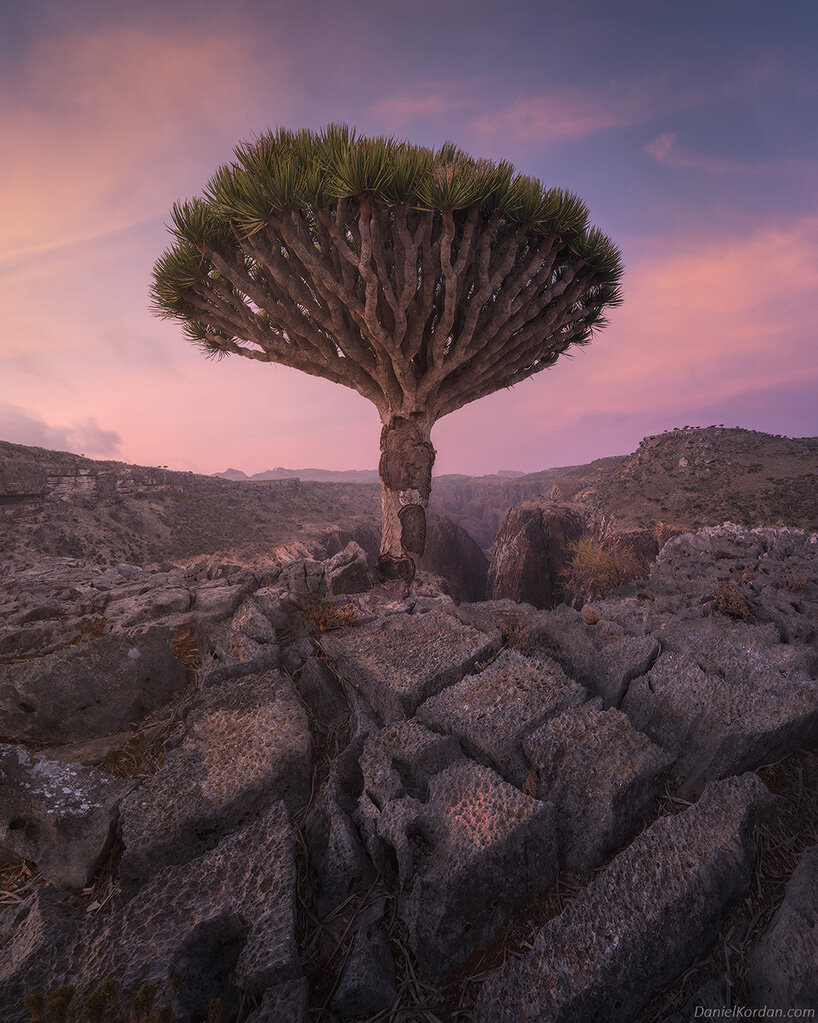 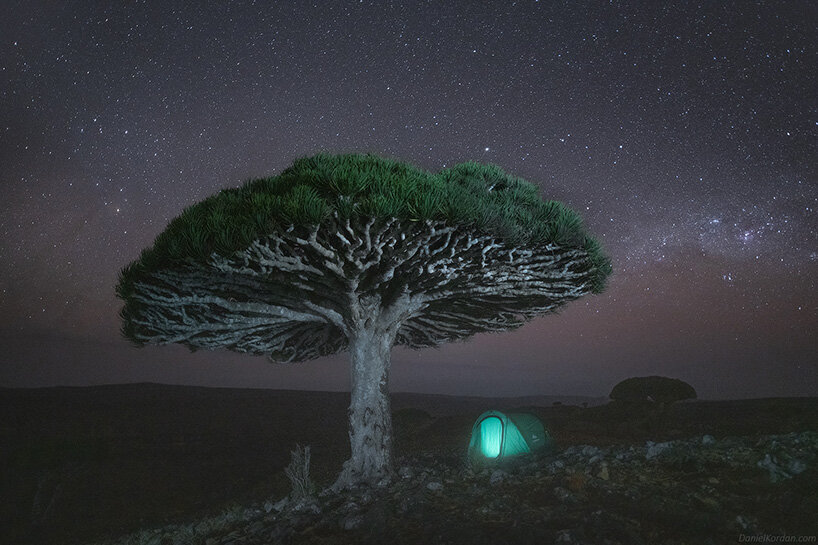