Artist Daniel Shieh presents ‘Passage to TOI-700 d’, which he describes as a portal to a second Earth. Displayed in New York’s Socrates Sculpture Park, it appears as a stairway leading into an alien sunset, evoking the American romantic perception of space as the new Wild West.

‘The sculpture takes its title from the name of a recently discovered Earth-sized planet with conditions that scientists estimate may be potentially habitable to humans, given the theoretical compatibility of water. The portal’s futurist aesthetic points to the science fiction trope of the human search for life on another planet as a necessary outcome of environmental degradation on Earth. Ironically placed in a public park, the sculpture also calls into question the accessibility of space travel,’ writes the artist. 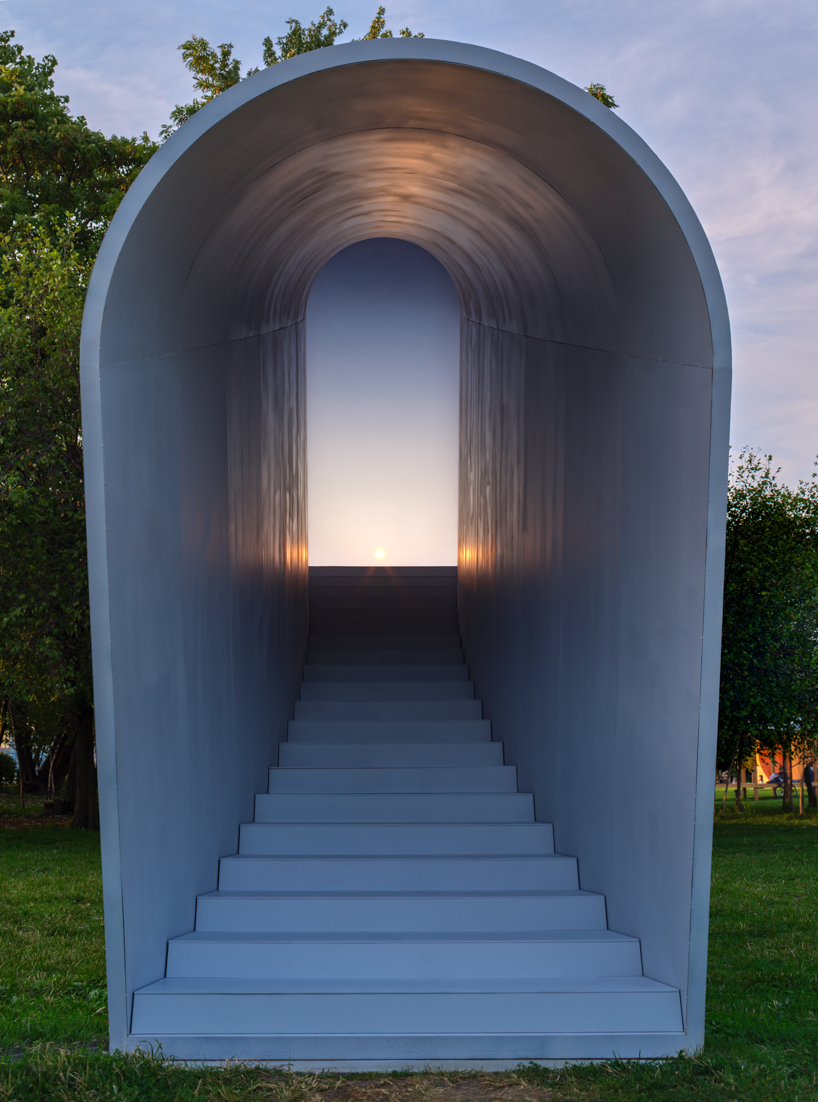 daniel shieh creates the illusion of a utopian world

This project is specifically presented in the newest exhibition at Socrates Sculpture Park titled ‘SINK OR SWIM: CLIMATE FUTURES’. This year, Socrates asked artists to consider present-day ecological conditions and challenges. In line with the theme, Daniel Shieh’s sculpture presents ‘sunlight’ and ‘blue skies’ as indicators of a utopian, habitable environment.

The artist began the project by researching artificial skylights used in retail and healthcare spaces and created his own version of an artificial sunset with epoxy resin. Through computer modeling and 3D-printed prototypes, he developed the precise measurements that were required to create an illusion of a boundless afternoon sky. The project was built on site over three months at the park with laser-cut steel, mirrors, and resin. 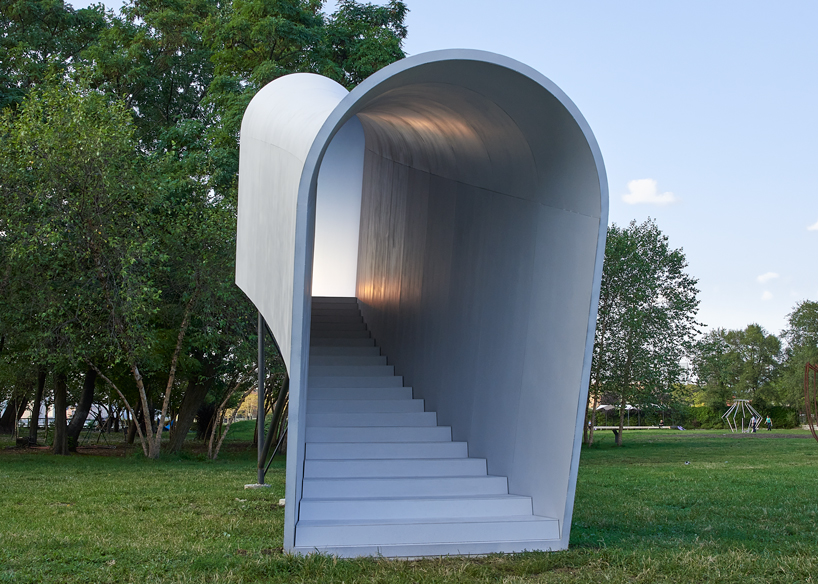 ‘As viewers encounter this structure at Socrates Sculpture Park, the allure of another world awaits at the end of the tunnel. But the question of access is now brought forward. Space travel is extremely selective and exclusive. In this romantic idea of a second earth, who won’t be able to live there? In front of this stairway, you must choose your actions: Do you follow your desire to enter the new world? Or question this desire, and search for a way to decolonize our interplanetary future?’ concludes Shieh. 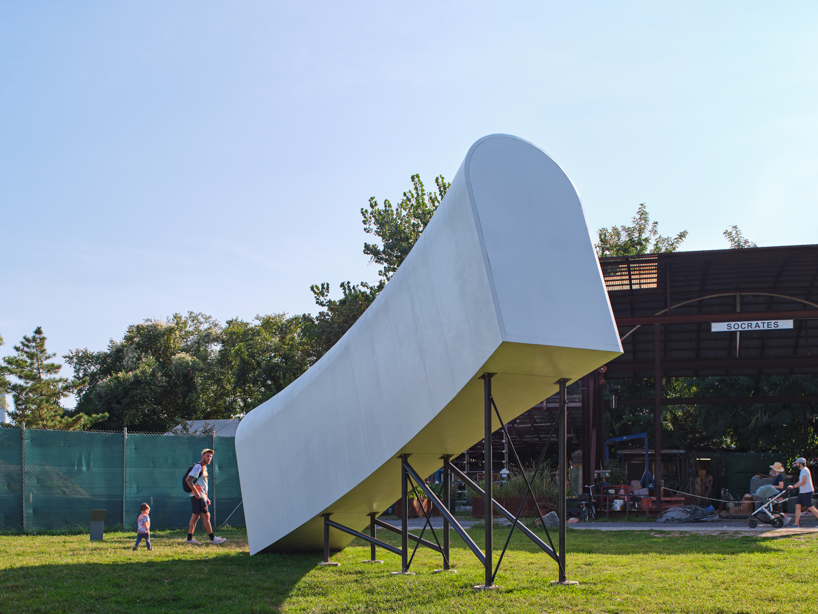 the tunnel ramps upwards into the sky | image by Peter Kubilus 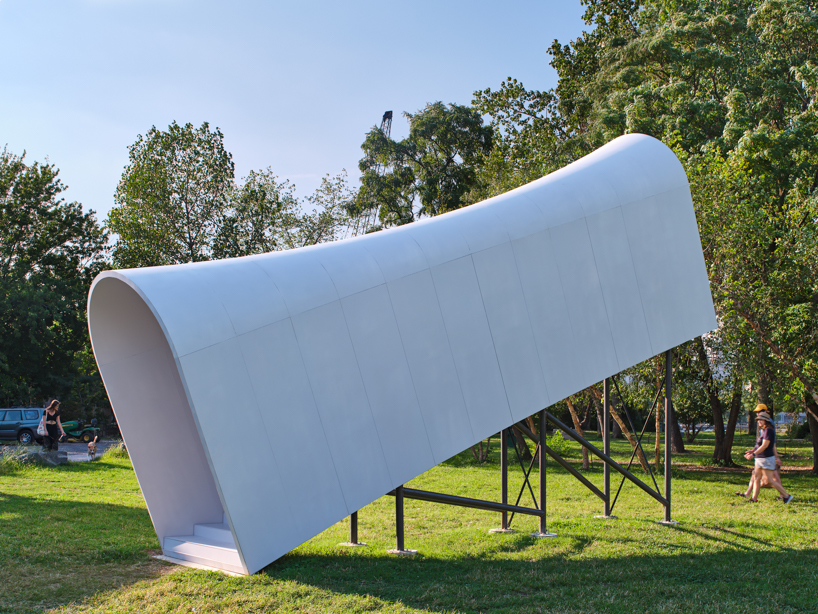 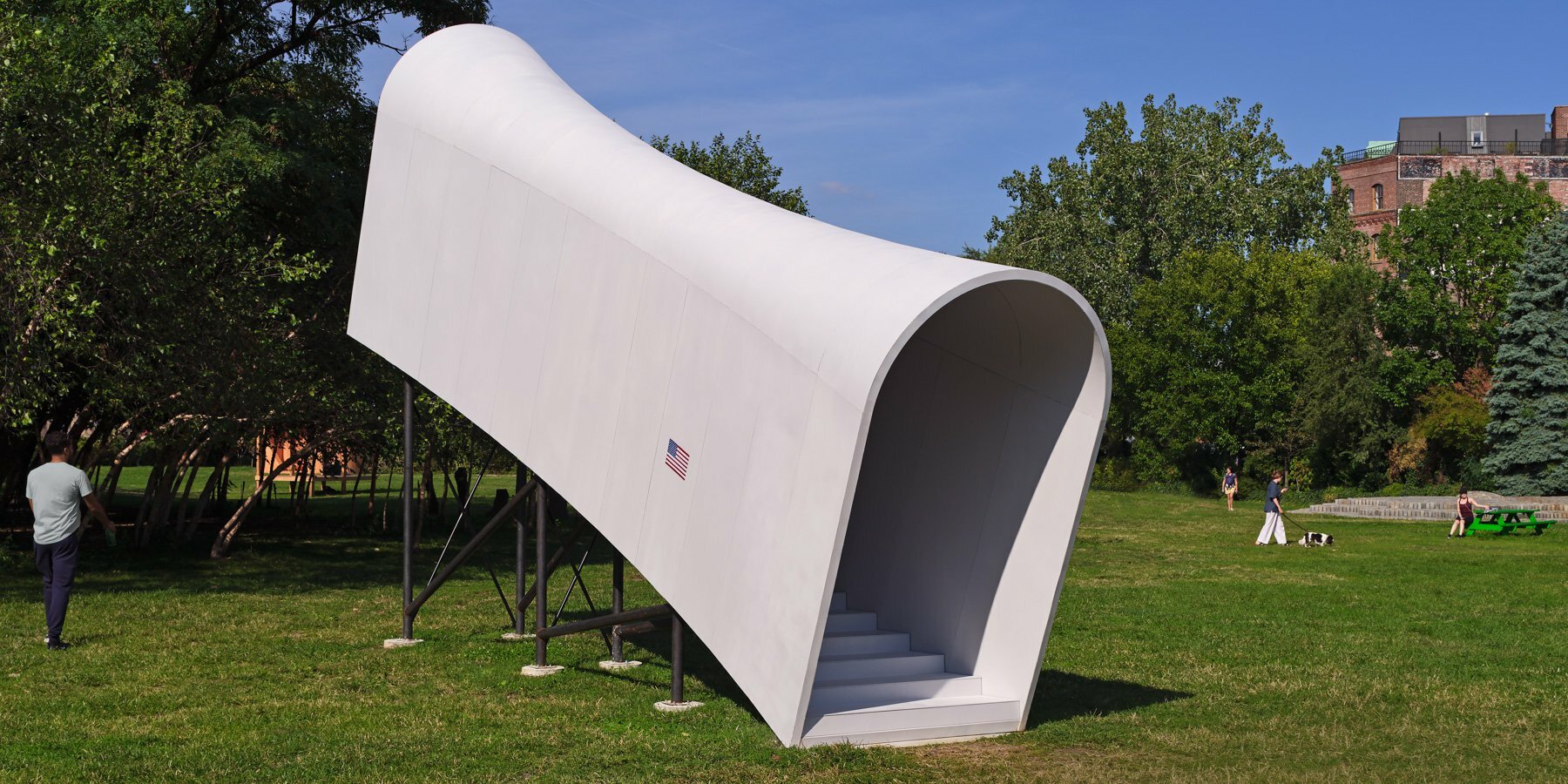 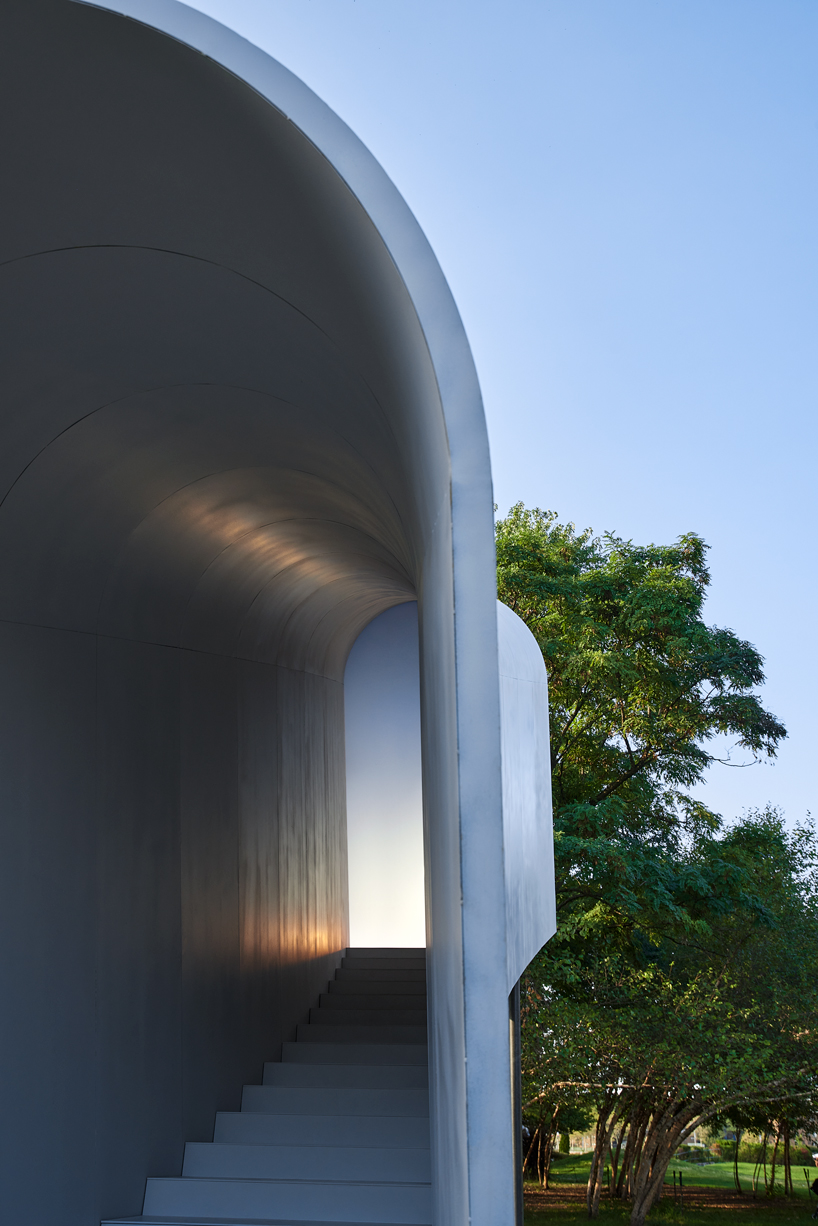 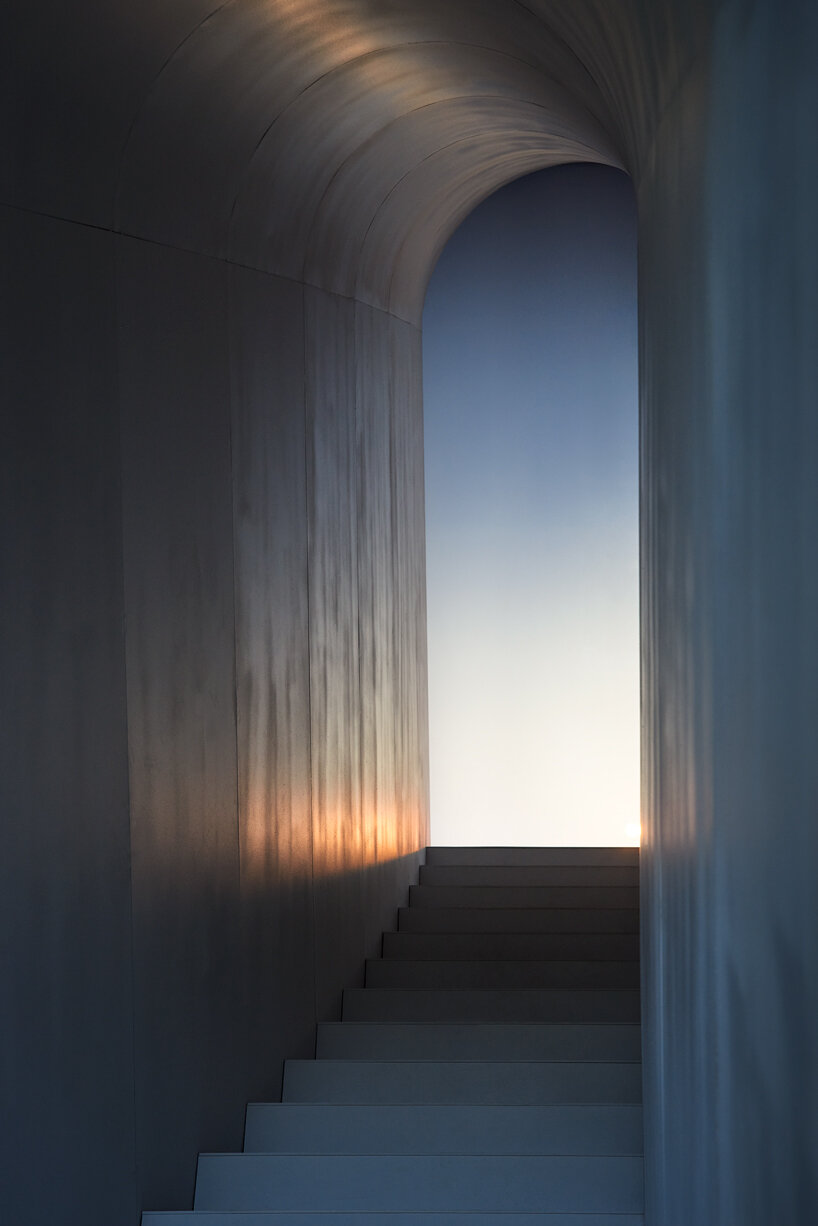 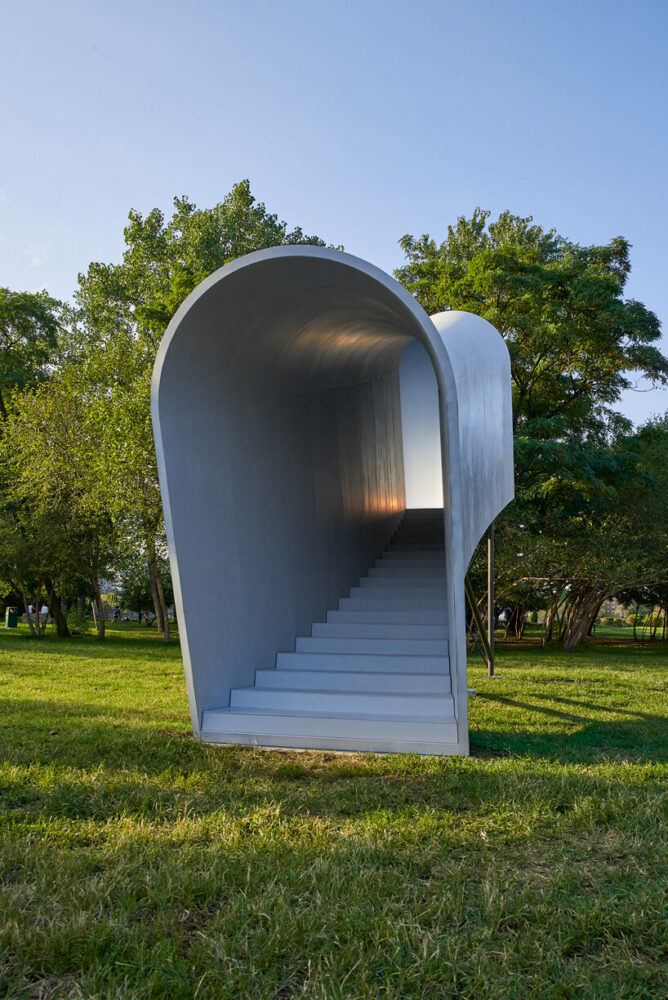 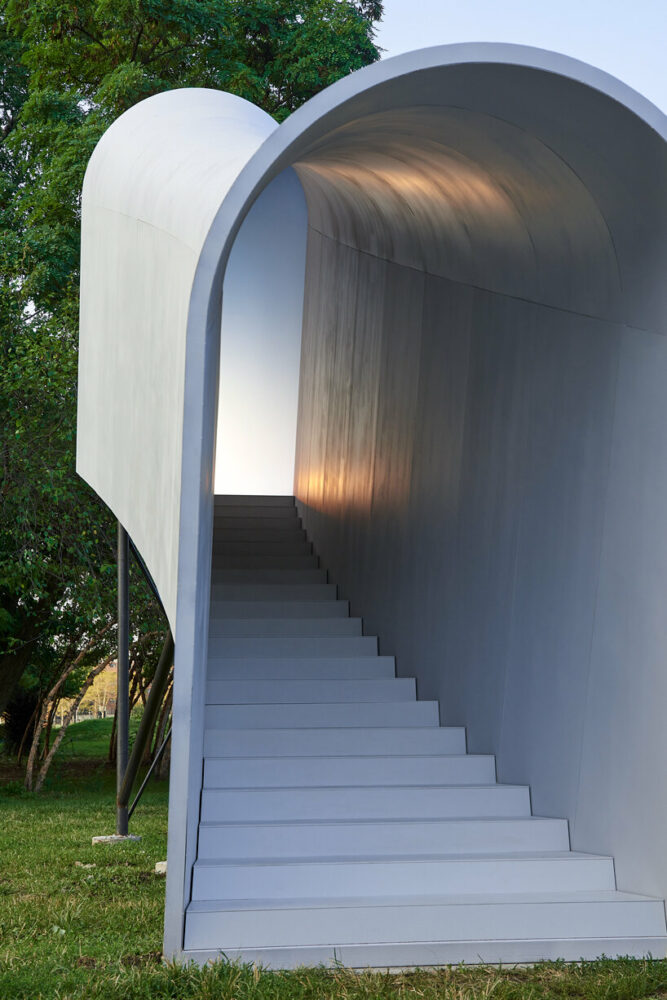 visitors can walk up the stairway | image by Audrey Melton 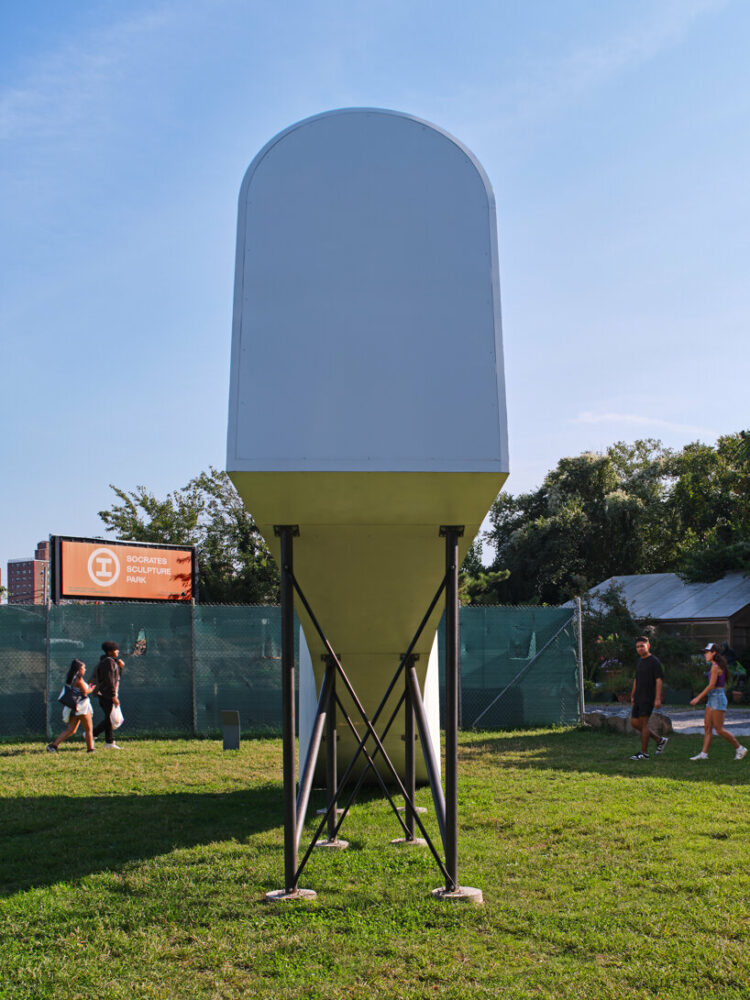 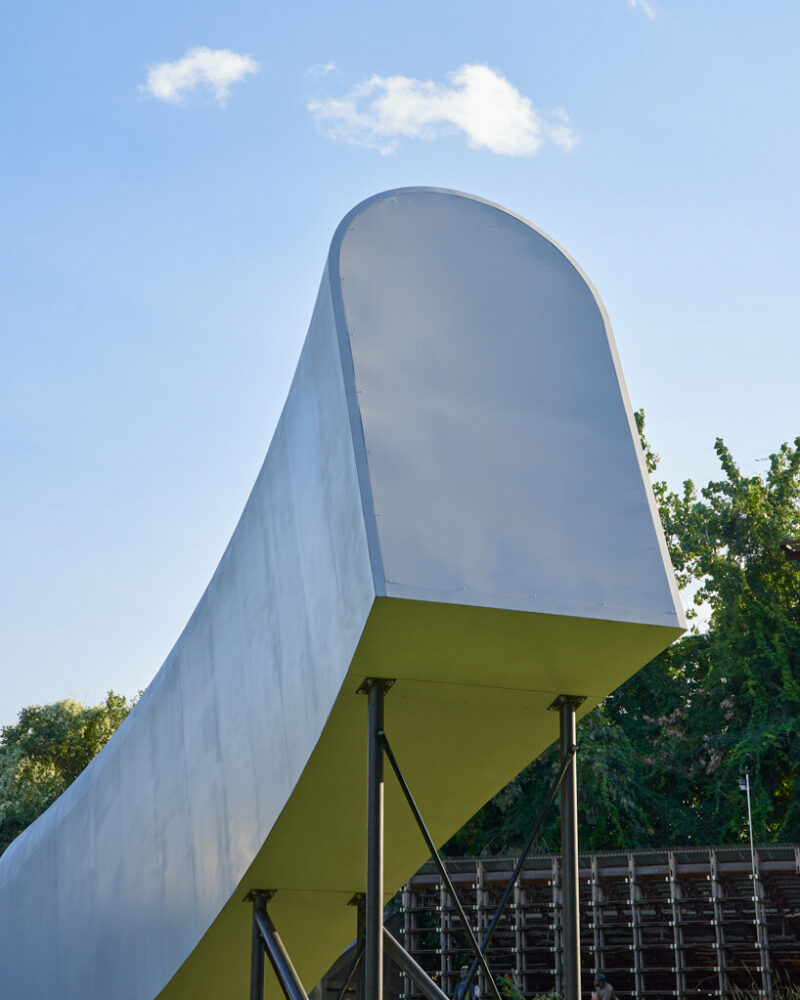 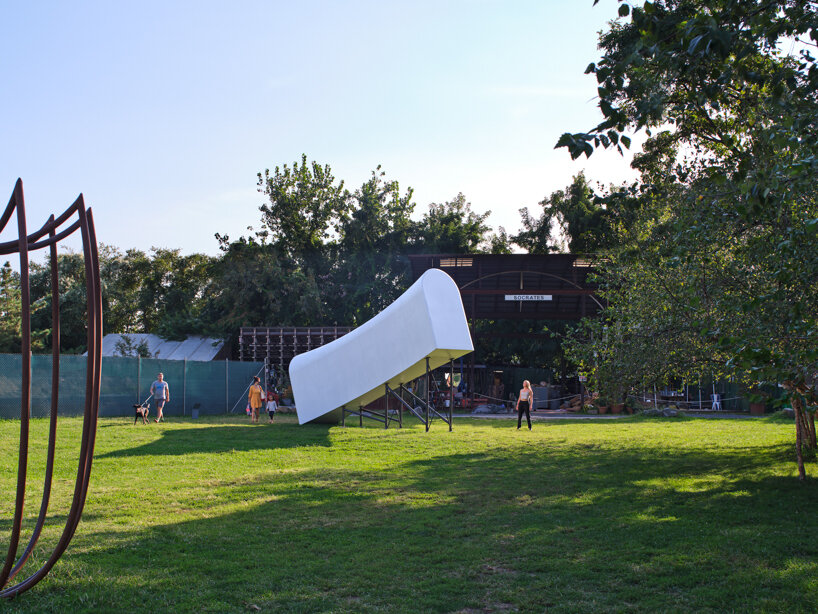 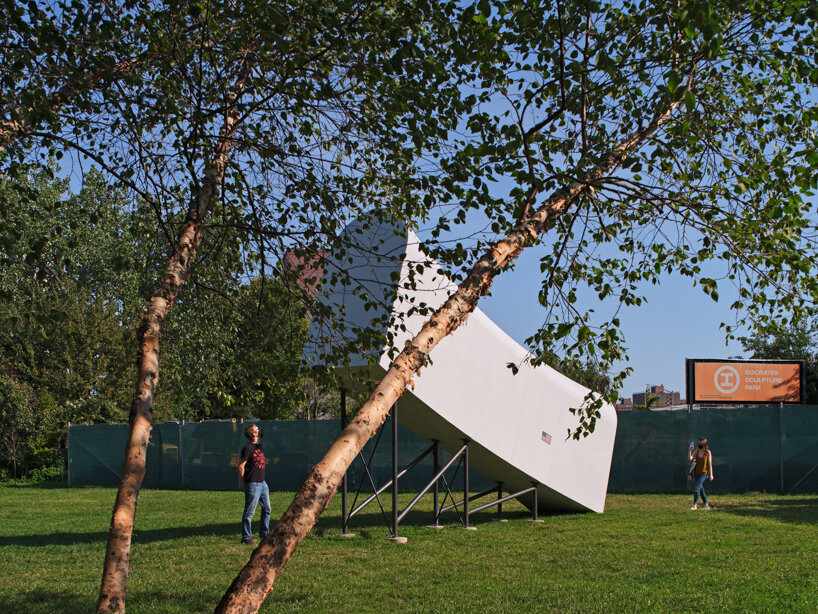