italian designer daniele del nero has sent images of his latest project ‘after effects’ – consisting of of a series of architectural scale models constructed with black paper. the series portrays old detached houses.

to create the effect of old abandoned buildings the paper structures were covered with flour and a layer of mould, photographed as still lifes.

‘my purpose is to talk about the sense of time and destiny of the planet after the human species, through the sense of restlessness which abandoned buildings are able to communicate.’ 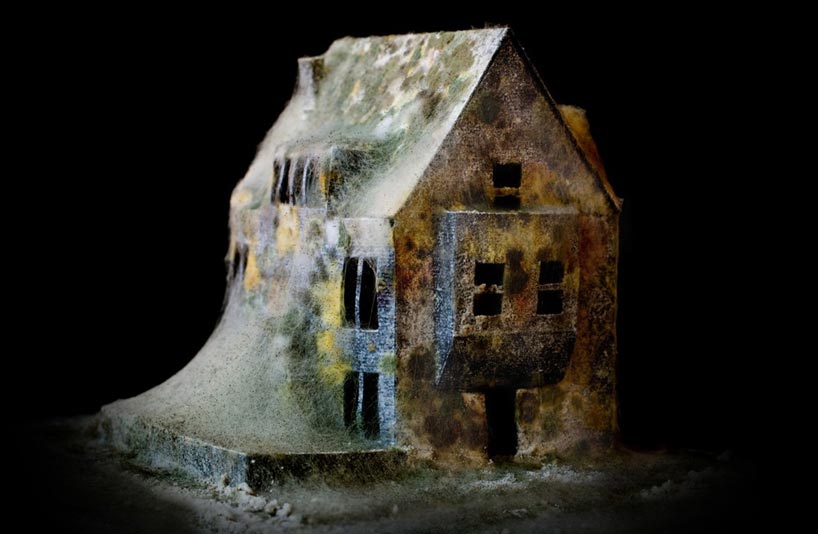 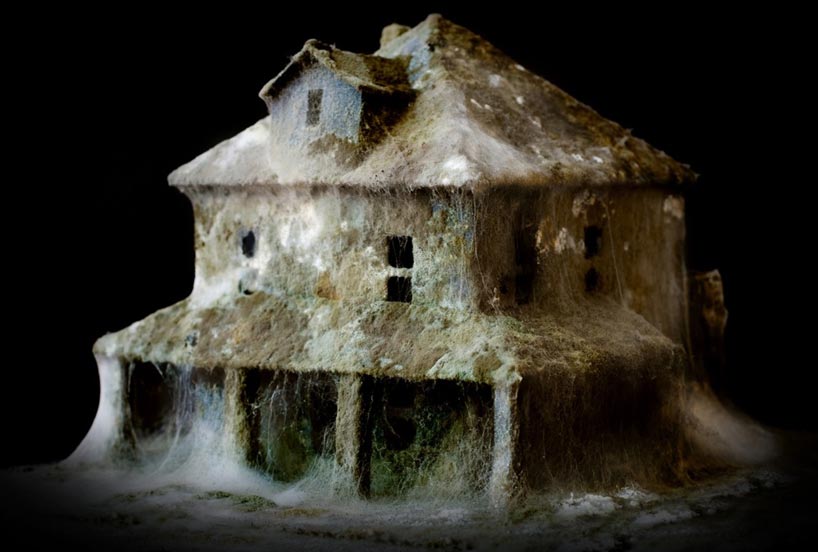 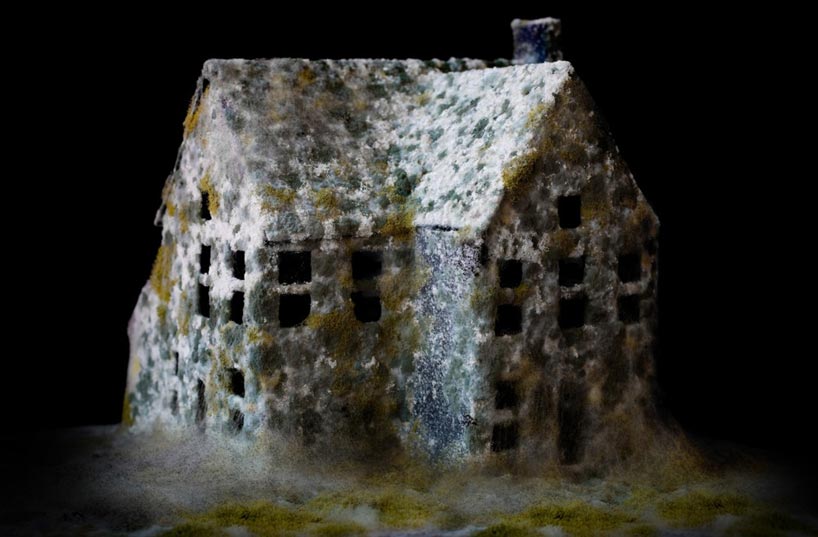 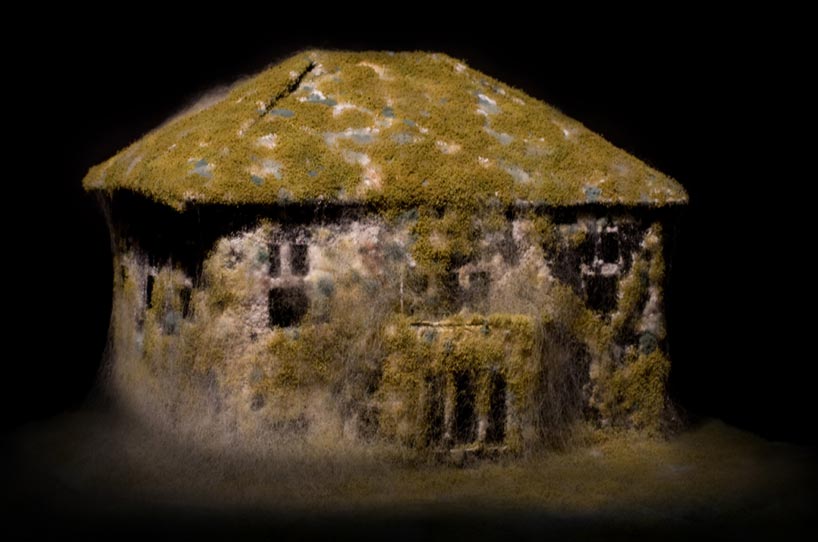 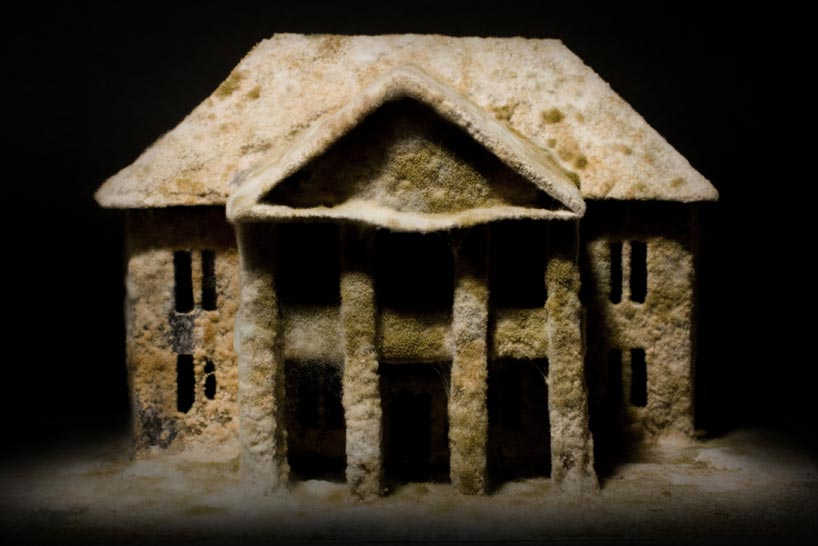 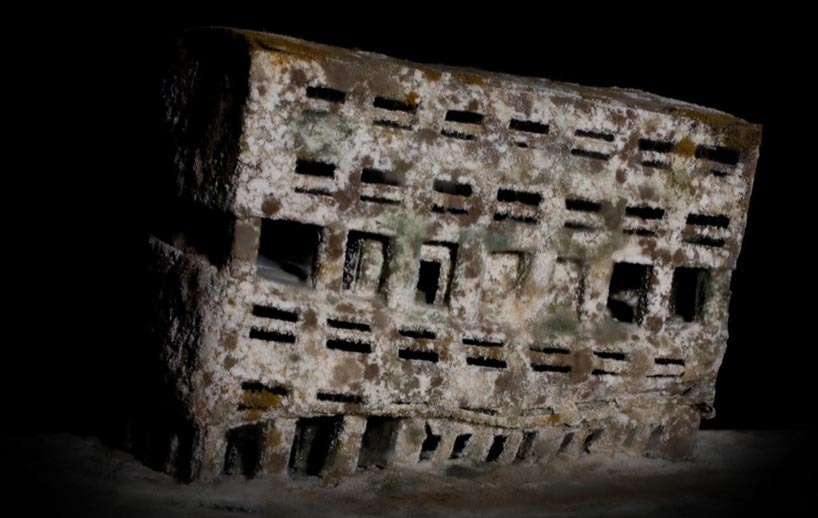 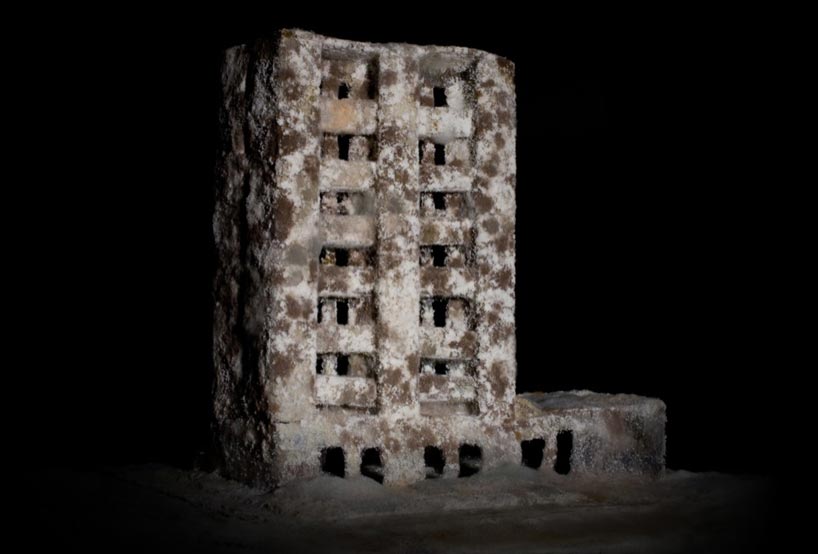