as part of an exhibition to mark the 800th year since the laying of its first foundation stone, salisbury cathedral invited american sculptor danny lane to install stairway: a six-meter-tall sculpture made of glass and steel. metaphorically ascending to the sky, the contemporary artwork creates a stark juxtaposition against the cathedral’s famous 14th century spire, which at 55 meters stands as the tallest in the UK. 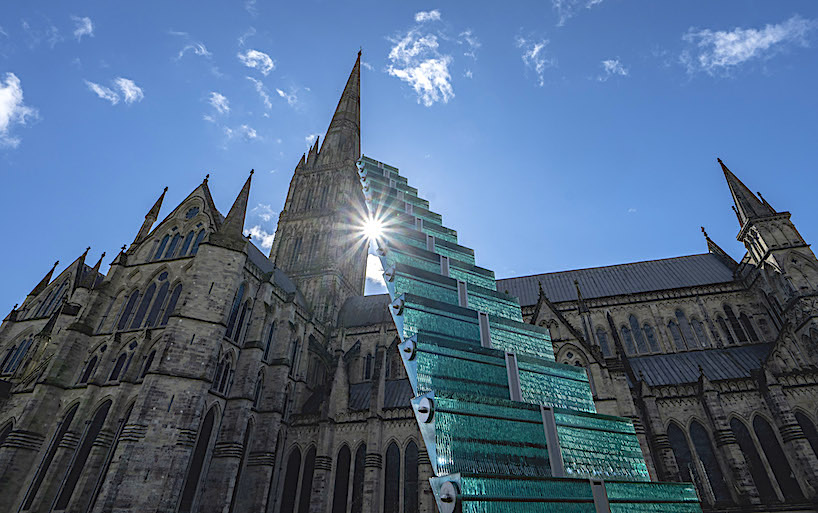 beautifully sited next to the cathedral, stairway gives the impression that one can ascend to reach the top of the cathedral’s spire. the two forms made almost seven centuries apart are both realizations of seemingly impossible visions and soaring creativity. lane comments, ‘the poetic engineering of the contemporary materials I use rhymes with the structural adventures of the medieval masons who created this magnificent cathedral – it’s an honor to be in their presence.’ 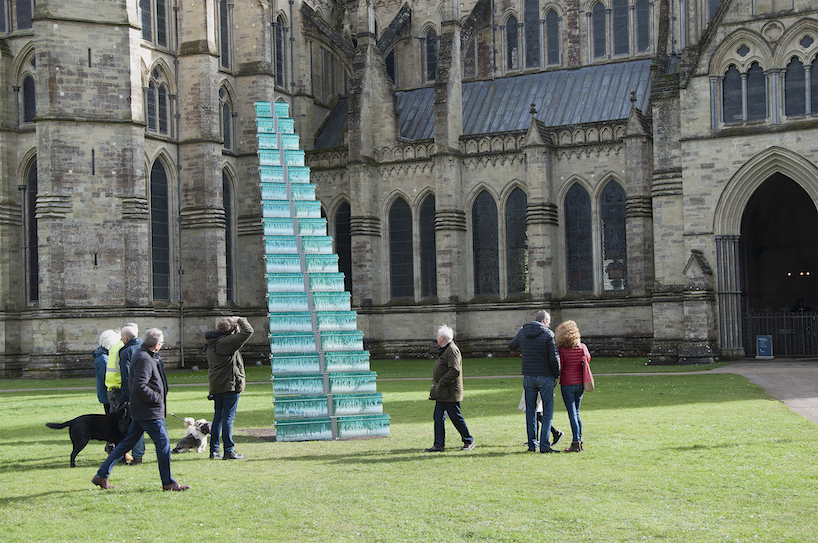 when being asked if he had led zeppelin’s stairway to heaven in mind, lane says ‘it never began as a pun on the led zeppelin song but why not? it found its name quite naturally. at the time I was absorbed in material, engineering and architectural metaphors: columns, keystones etc. psychologically and symbolically glass implies fragility, risk, prismatics and spirituality. but in fact, physically glass under compression is many times stronger than concrete or even granite. I proved this in the eighties and wanted to use compressed glass architecturally as a bridge or a stairway as part of a major building but ultimately made this and other sculptures. when sculpture works it is trans-dimensional, doing and meaning many things on different levels.’ 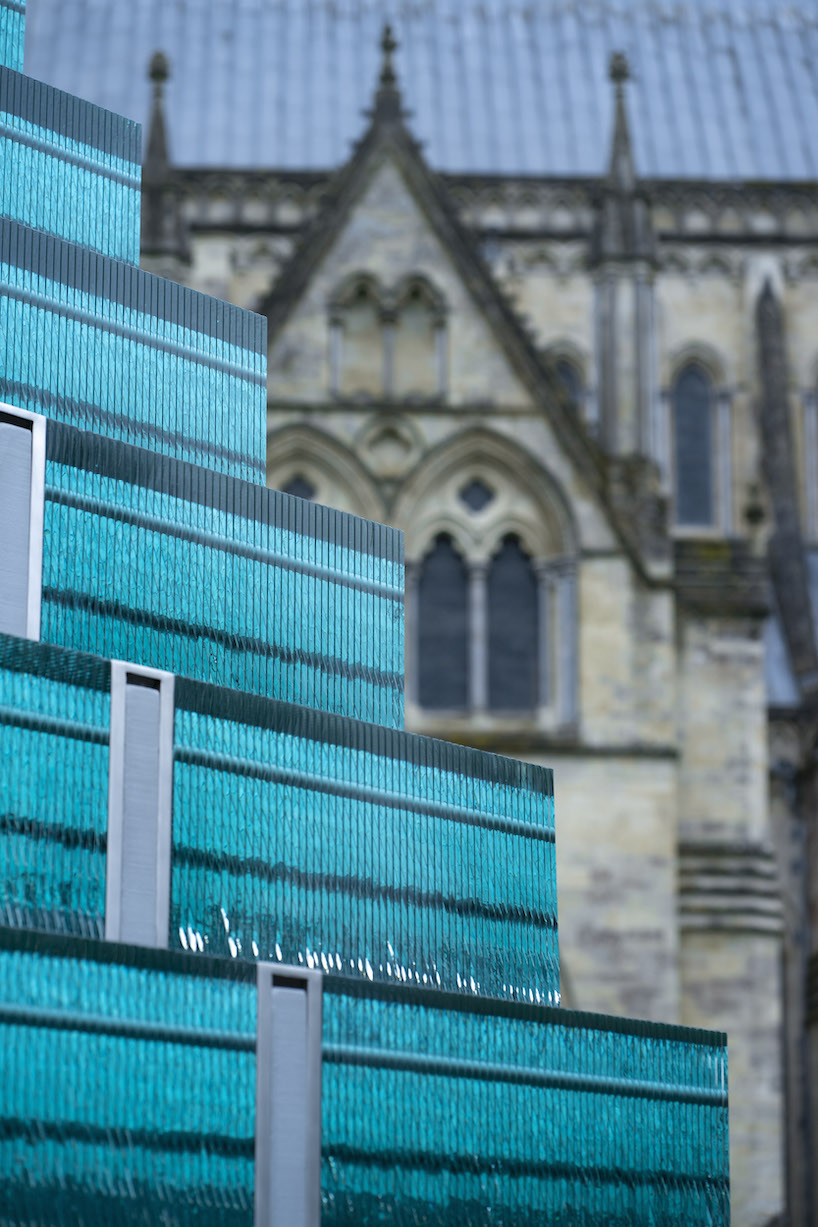 describing the significance that stairway takes on at salisbury, lane says, ‘it is an ironic and aspirational work that implies a longing towards an unknown destiny. here, in salisbury, stairway has a humble relationship of human scale to the grand cathedral and its spire, emphasizing the sculpture’s meaning. the sculpture is about you, the viewer and your imagination. you as a participant complete the work – even if you’re there online instead of in real life.’ 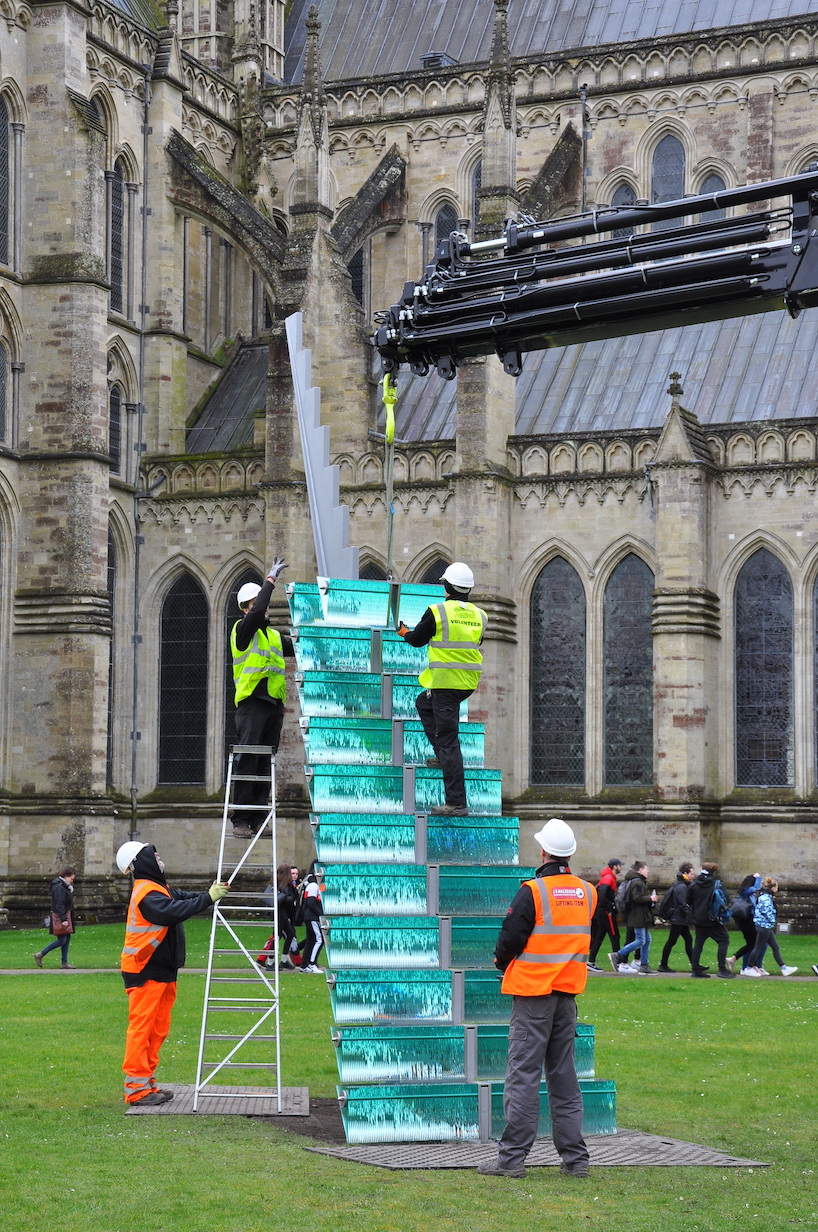 installed just before UK lockdown, stairway will stay at salisbury until at least the end of 2020. while english churches and cathedrals have not yet reopened, the exhibition celebrating 800 years of spirit and endeavour can be viewed online via a virtual tour here. other artists represented include henry moore, antony gormley, shirazeh houshiary, grayson perry, conrad shawcross, stanza and mark wallinger. 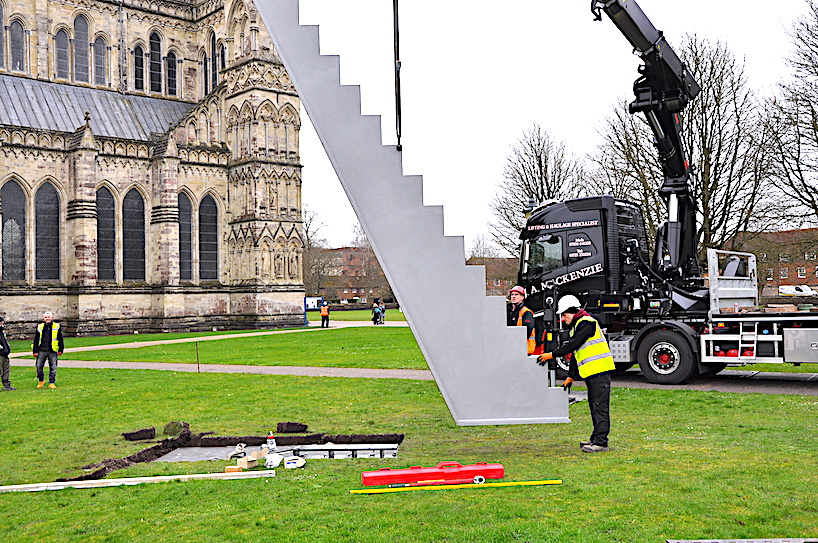 first made in 2007, the salisbury stairway is the second of an edition of six and has previously been one of the landmark works of cass sculpture foundation at goodwood. another, first shown at borgholm castle on oland, sweden, is now in the berardo foundation in portugal. 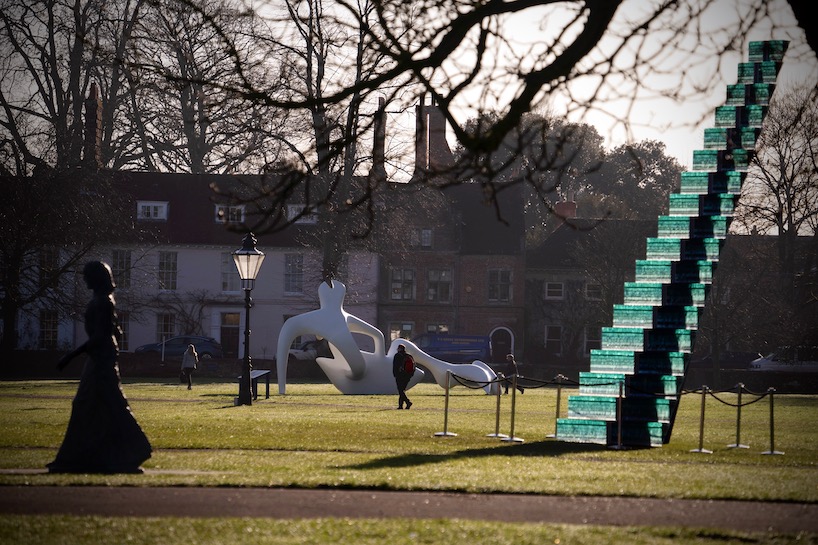