scottish artist david mach carefully orchestrates common items such as matchsticks, coat hangers and postcards to create striking large-scale installation works. mach has sent designboom images of his latest work ‘tiger’, bringing the animal to life with hundreds of layered coat hangers, and is on its way to be shown in geneva by opera gallery.

the sculptor has also created numerous pieces which entail meticulously organizing objects, with some of the most distinctive being the ‘matcheads’ series, where mach re-imagines portraits using the colored upturned heads of the fire-lighters to create 3D artworks. ‘the devil’ and ‘jesus’ as part of the same compass of work was recently lit ablaze in his recent exhibition precious light at the galway arts festival in edinburgh. other pieces include the ‘postcard’ series, where a plethora of collected visuals are methodically arranged to represent the image of a notable icon, such as snoopy or marilyn monroe. 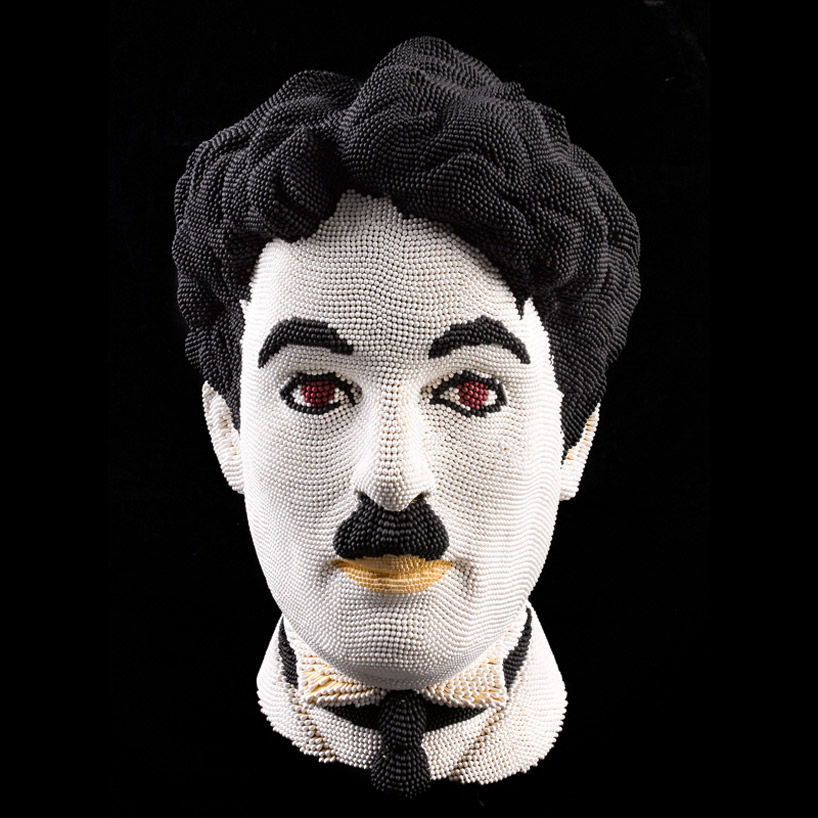 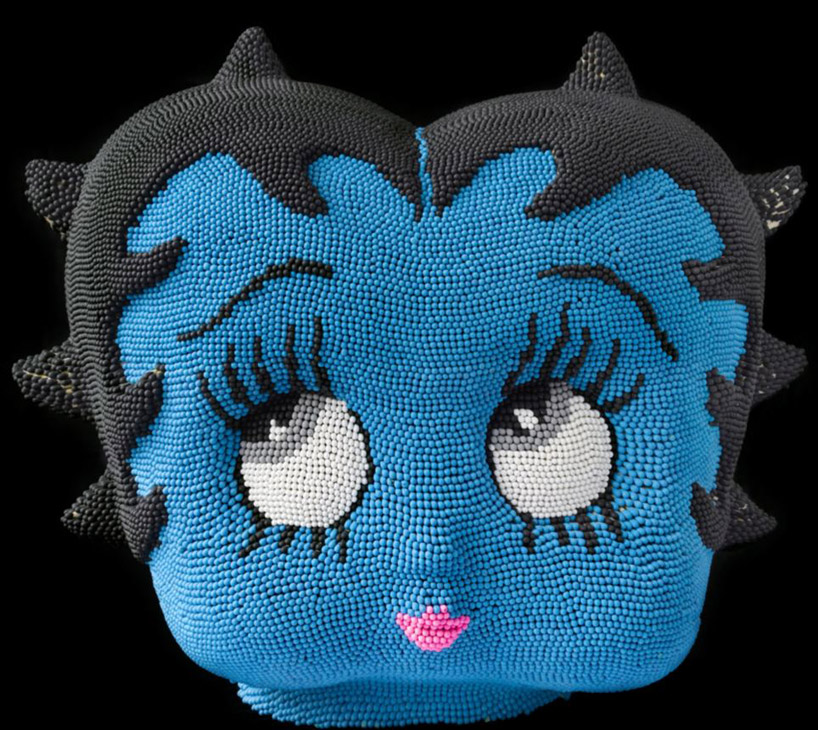 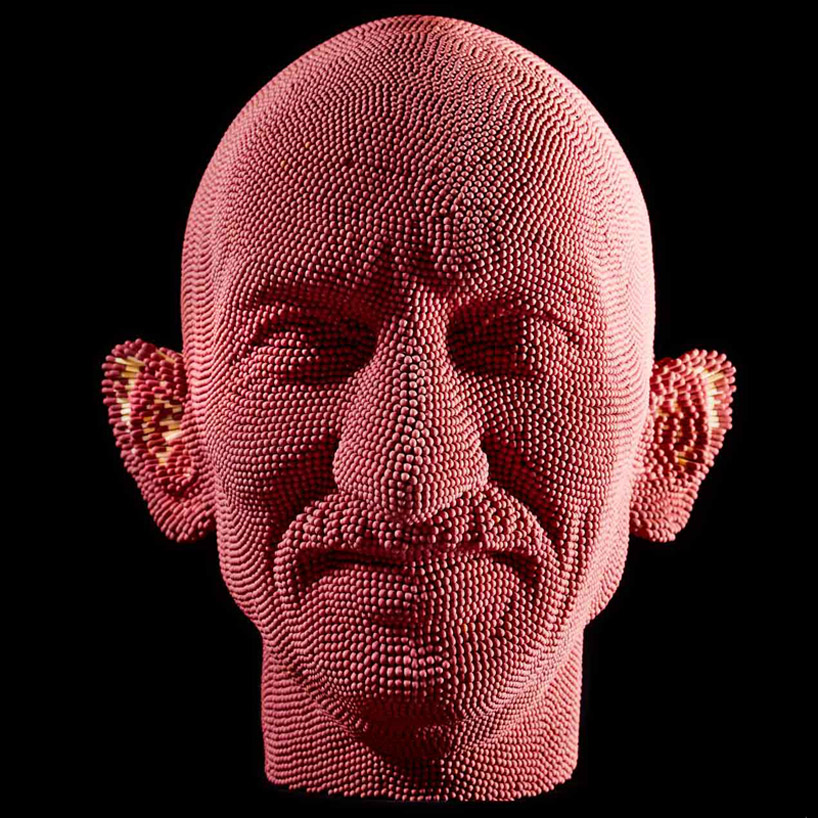 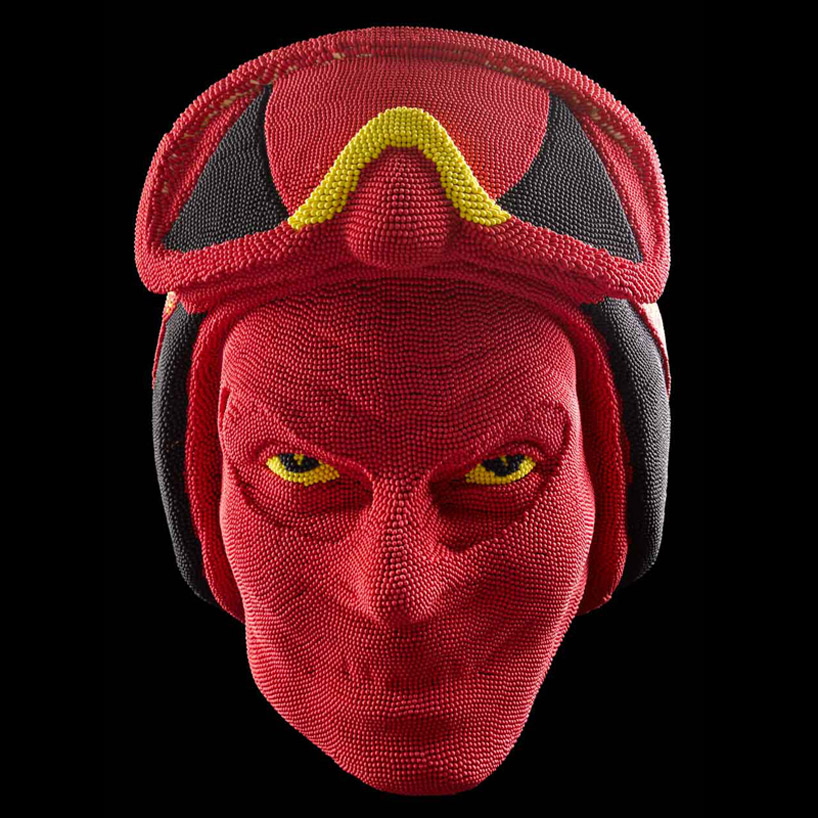 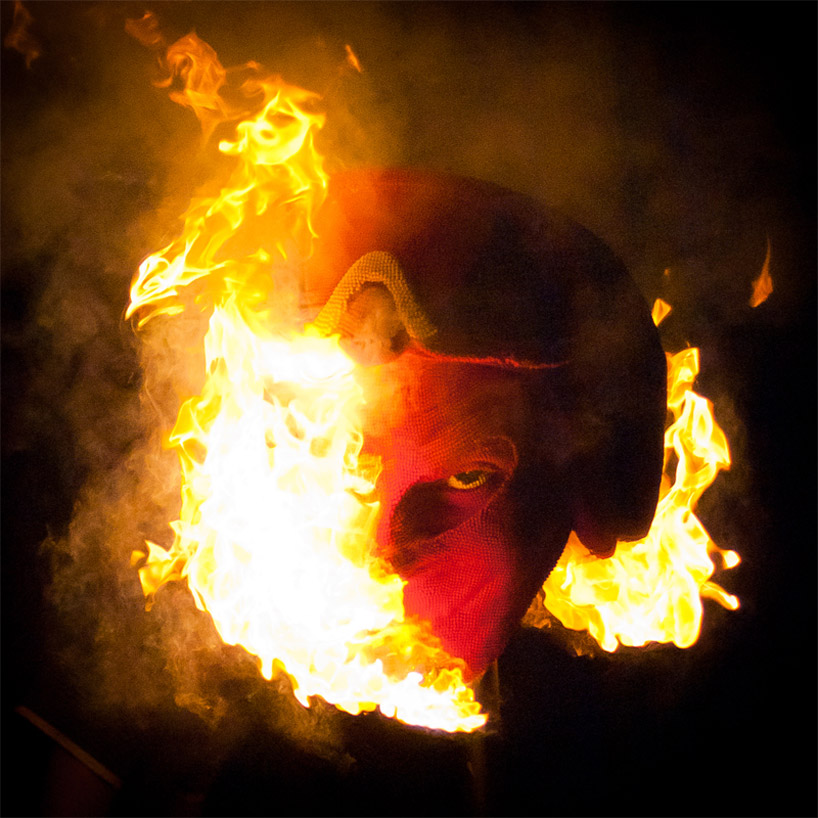 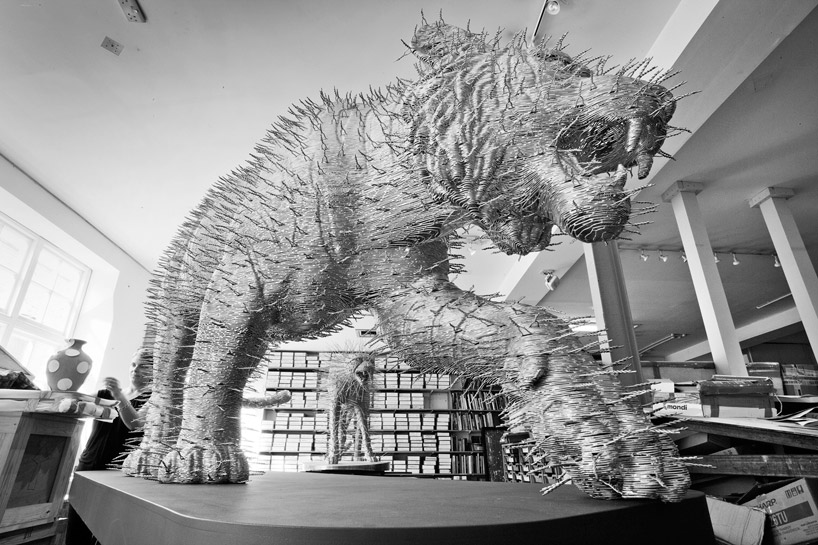 ‘tiger’, 2012 made from coat hangers to be shown in geneva 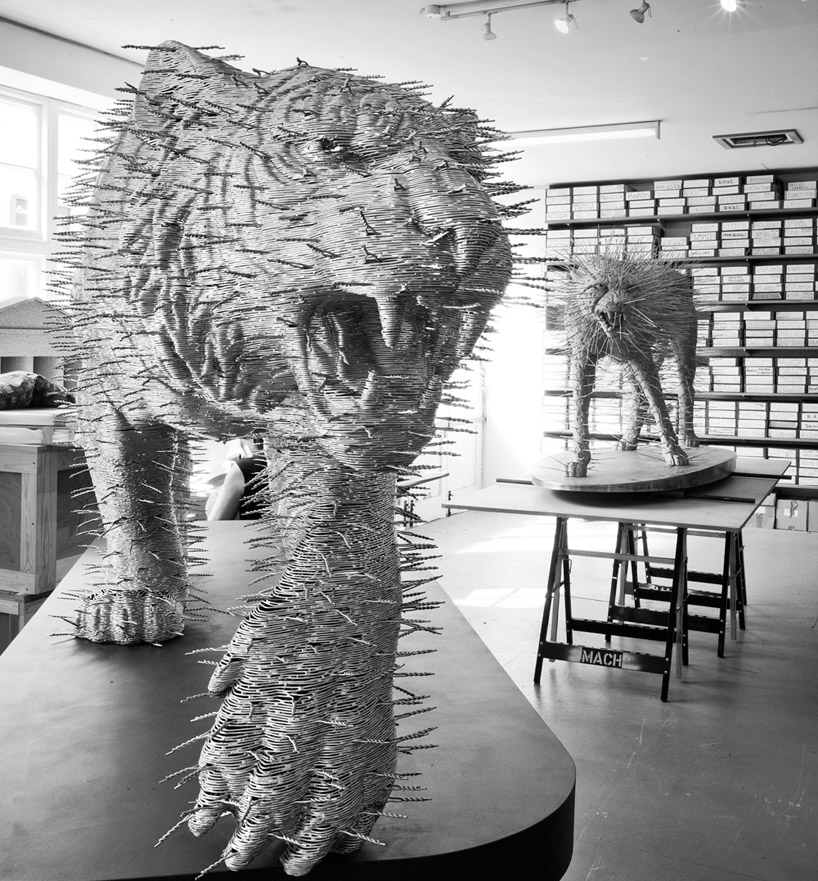 ‘tiger’ at the artist’s studio 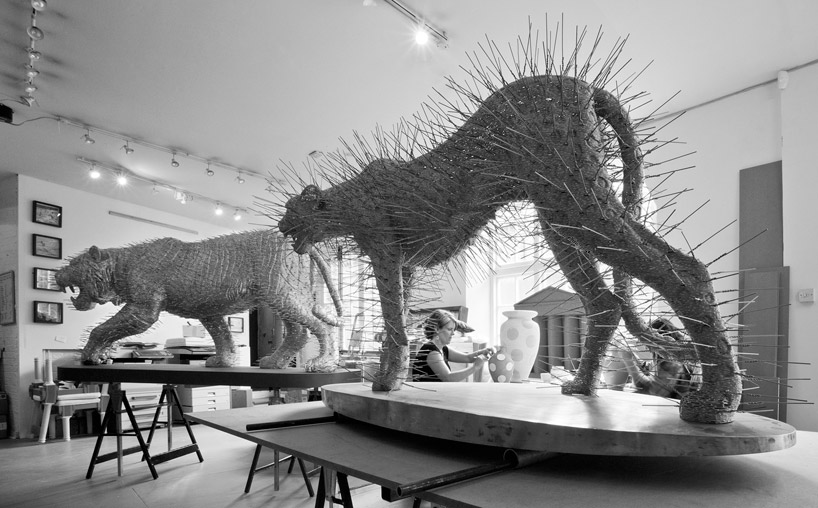 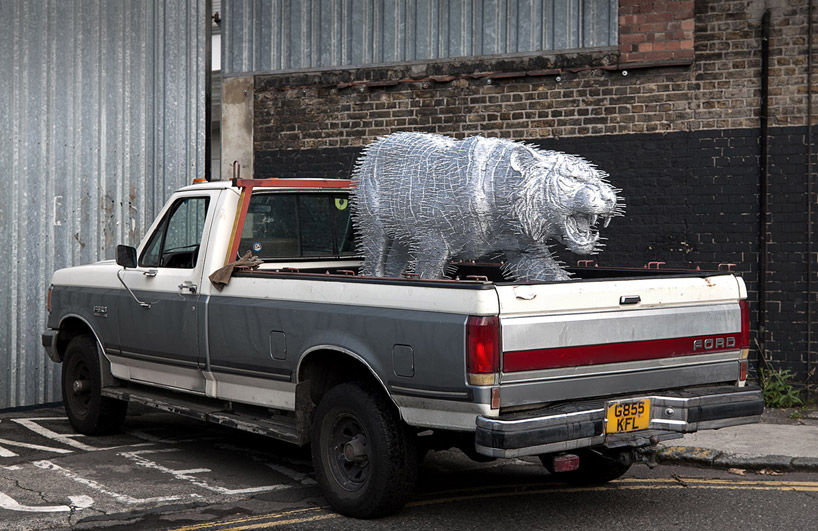 the sculpture in transit 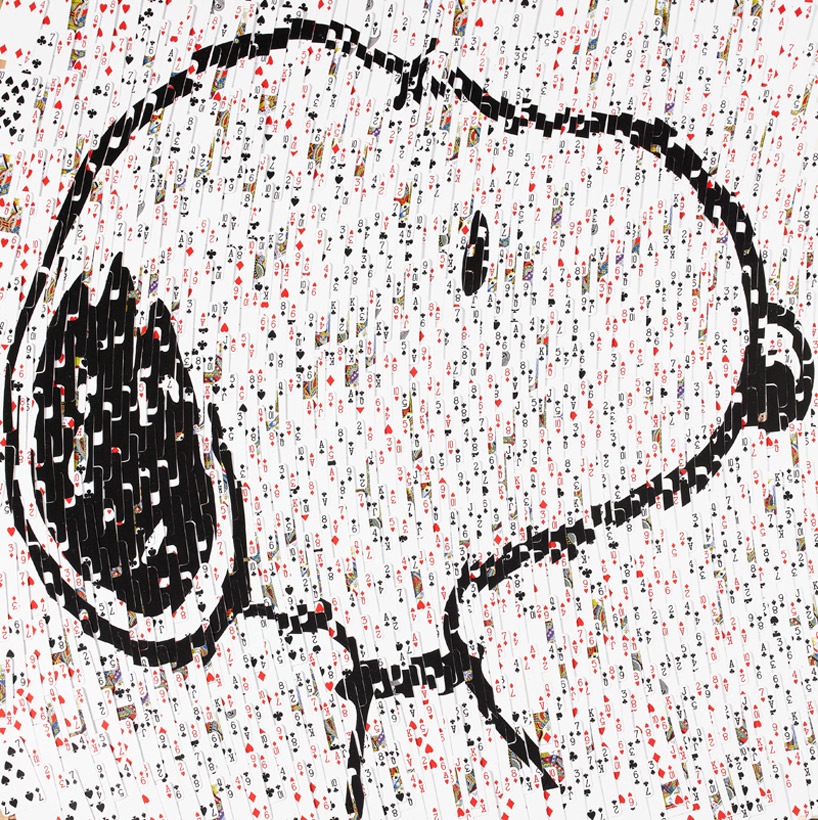 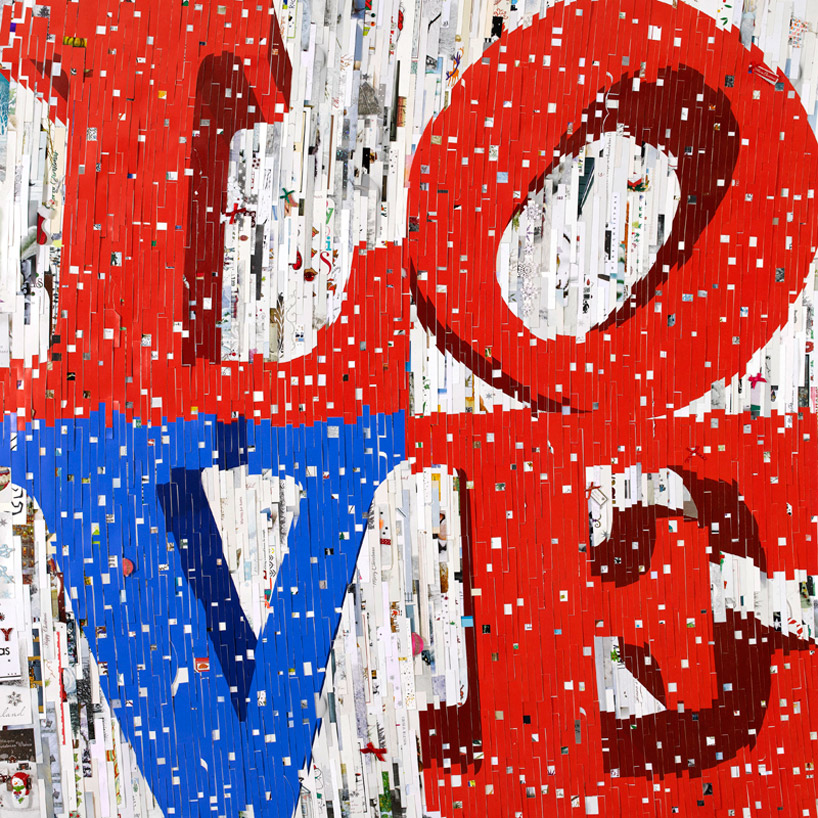 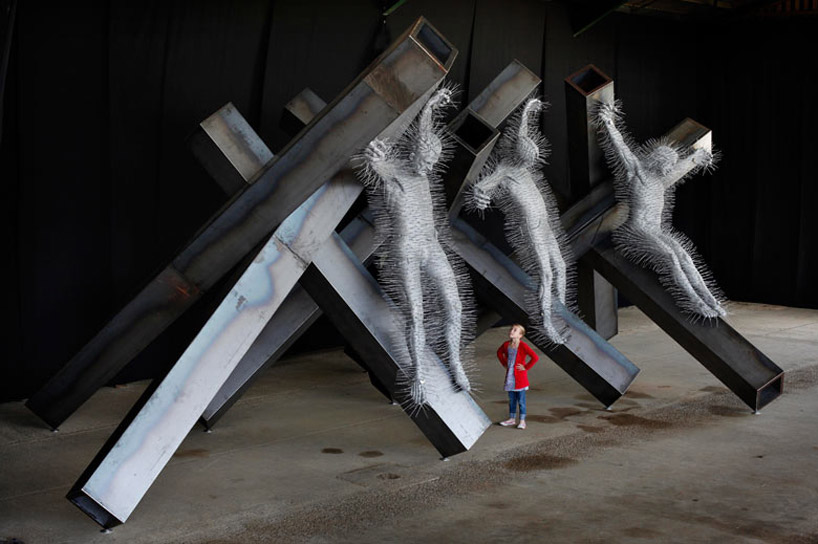