as a celebration of music and art, stockholm-based graphic designer and musician david rinman has formed ‘cutting records’, a sculpture which traverses the boundaries between media and formats. the sausage-like sculpture resembles a giant salami, tied at the end and encased in a red-hued shell. instead of finding sliced meat on one end, rinman has instead used vinyl disks — 4 which have been already ‘sliced’ off, and one which is being stripped away from the main form with a knife. ‘cutting records’ takes a playful twist on the expression, which comes from the process of engraving grooves on the record’s surface and also is used by DJs when referring to the mixing and scratching of sounds.

‘music is often the theme of my work and I have a special relationship to old vinyl records.’ rinman tells designboom ‘a lot of the music I create is sample based. I enjoy re-contextualising sounds taken from loads of records and shaping them into new compositions. because of this I’m constantly surround by vinyl. this time I wanted to use them in a new way. instead of seeing records as tools for making music, I wanted to use them as the basis for visual work.’ 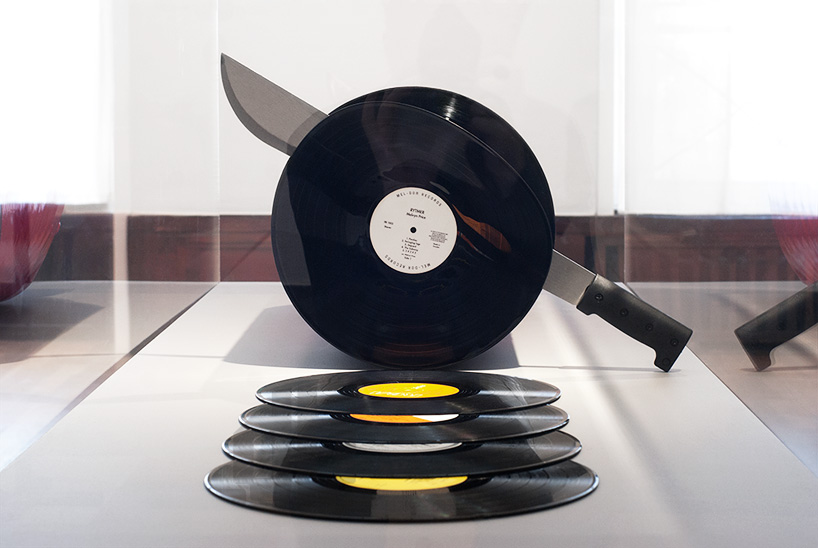 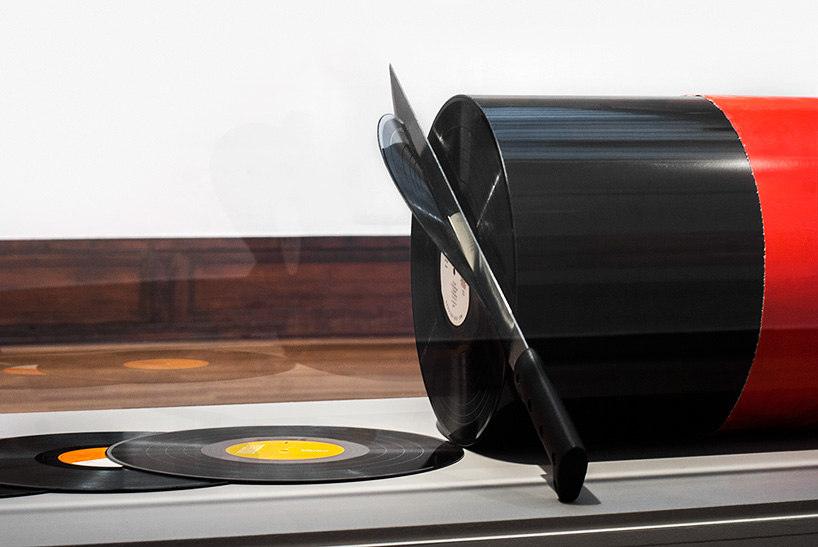 the giant, sausage-like form is cut away, revealing layers of vinyl records