on the occasion of milan design week 2014, viennese artist dejana kabiljo has positioned ‘fences, bed’ at the superstudio più in milan. an all-black bed frame is confined in a prison-like barbed shell, exposing the skeleton of the platform and metallic slats that would typically bolster a mattress. juxtaposing the threatening aesthetic of the cage that binds it are two pristine white pillows, placed side-by-side on the surface of the construction. 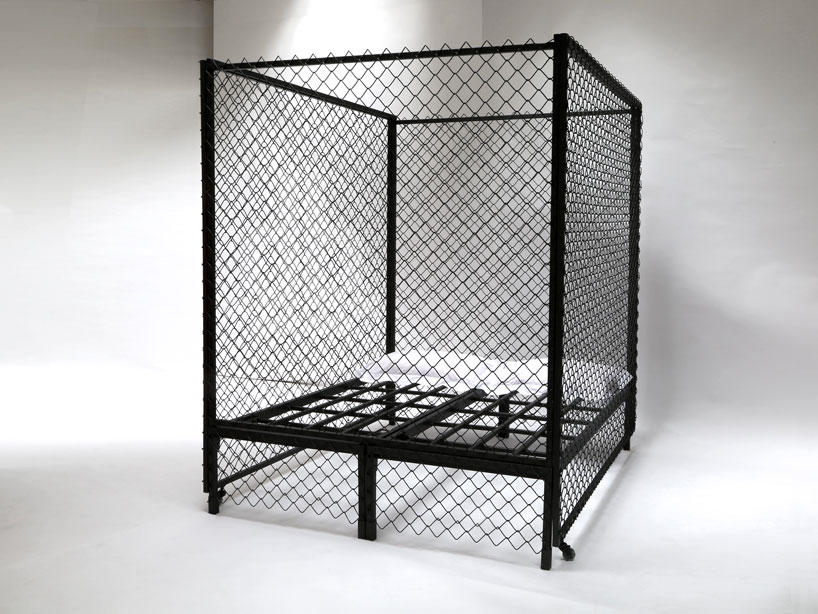 thematically, the work alludes to the notion of freedom, or lack thereof, and the rules, constraints and barricades that bind us. ‘as each of us seeks to assert his ‘personal liberties‘, sam tannenhouse describes, ‘we helplessly collide with others in equal pursuit of their sacred freedoms, which seem to threaten our own. if freedom is such an elusive term, it is no wonder that we all too eagerly choose divisions and safety: the golden cage.’ 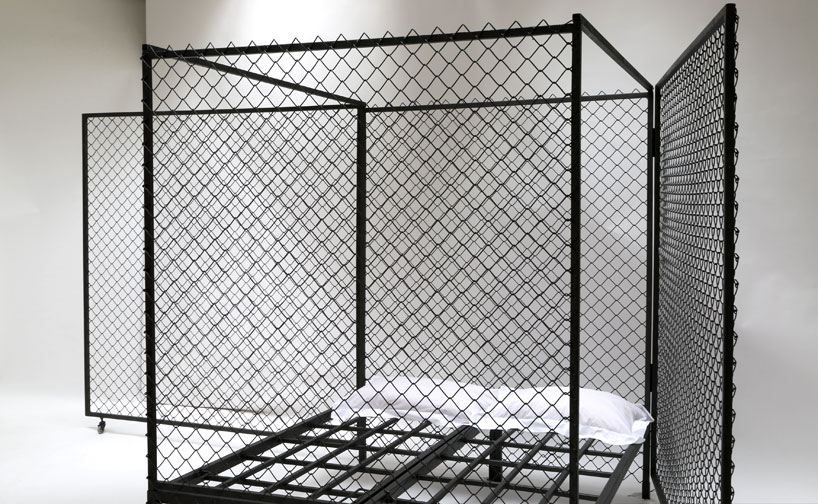 two of the fences open and close as doors 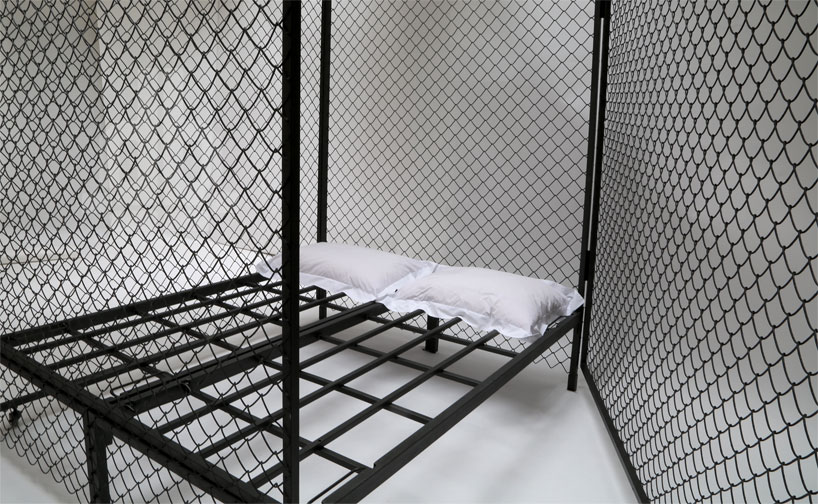 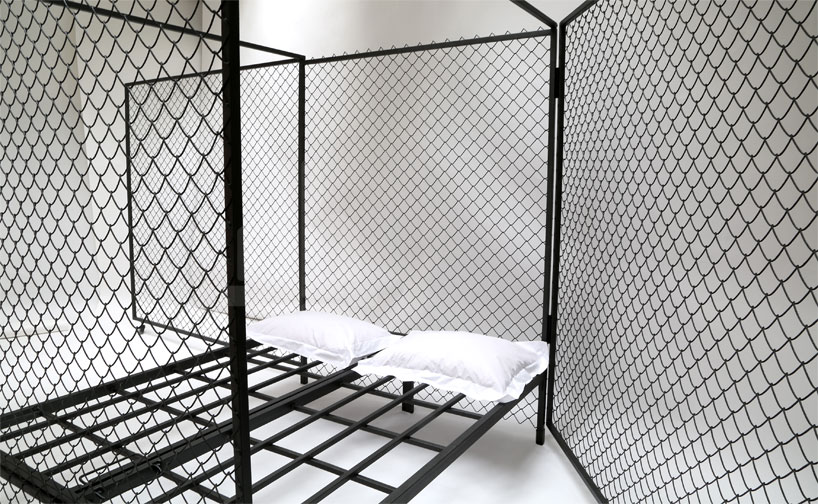 thematically, the work references the notion of freedom 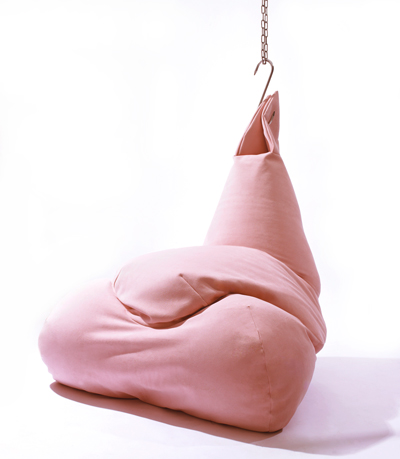