‘the clockwork forest’ by greyworld, 2011 all images courtesy the artists

andrew shoben is the founder of art collective greyworld which primarily focuses on developing art for shared public spaces. as one of this year’s design indaba conference speakers, south africa’s major design event which brings together creative visionaries from across the globe to share their knowledge and expertise of their fields of discipline, shoben animated the crowd with his humor and witty projects.

one of the works which was presented was ‘the clockwork forest’, a public installation located in grizedale, england. the piece is comprised of a series of turnkeys affixed to various trees within the wooded area. as one is wound-up, music begins to play, as if the user has brought to life an additional layer of sound organically existing in the natural environment. the work was commissioned by the national forestry commission of england and aids in the enhancement of the interaction between the park goer with his  / her natural surroundings.

‘the forest is often the mysterious location of secret stories, of distant sounds from hidden camp fires, of secret meetings and unexplained sounds.‘ -greyworld 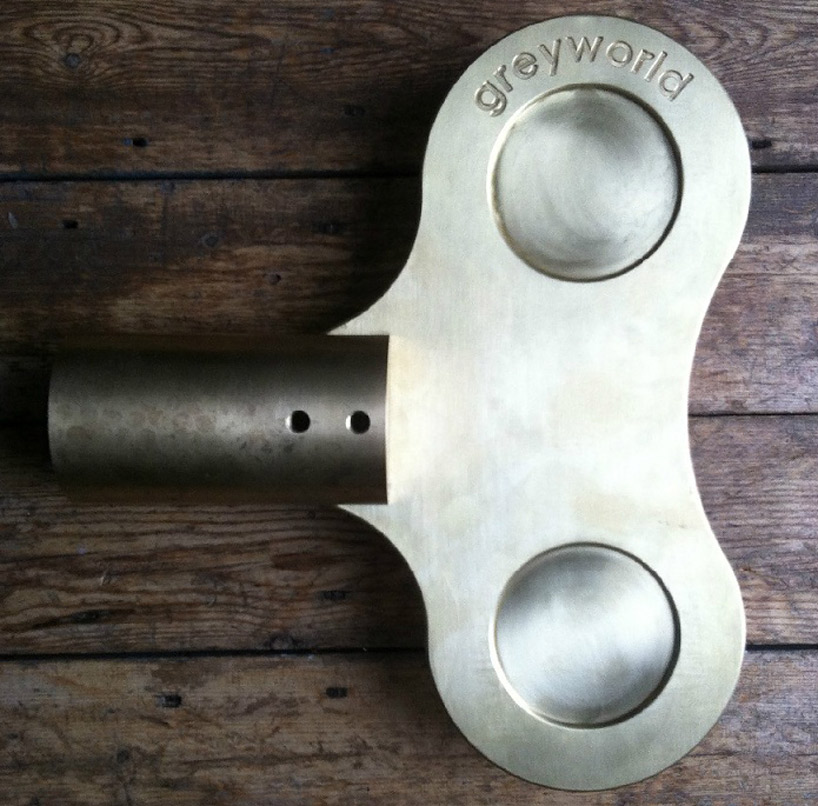 the key which turns the nature-placed music box 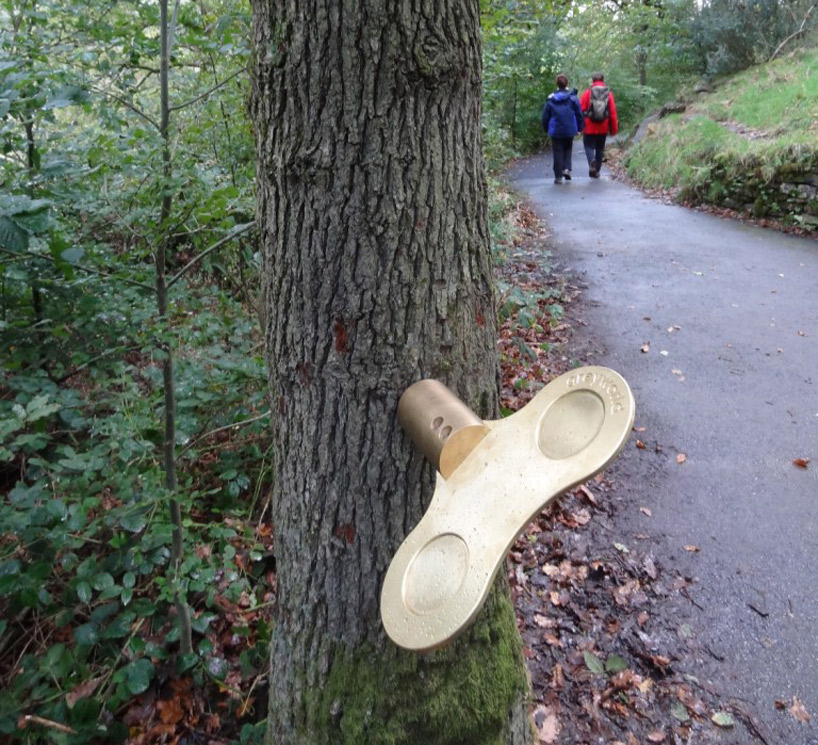 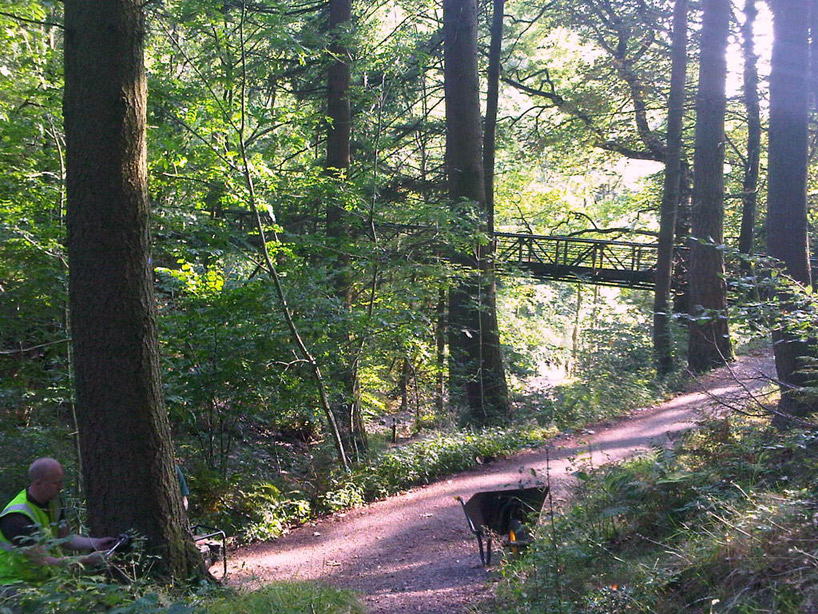 two men work to secure the cog to the tree, creating the ‘clockwork forest’ 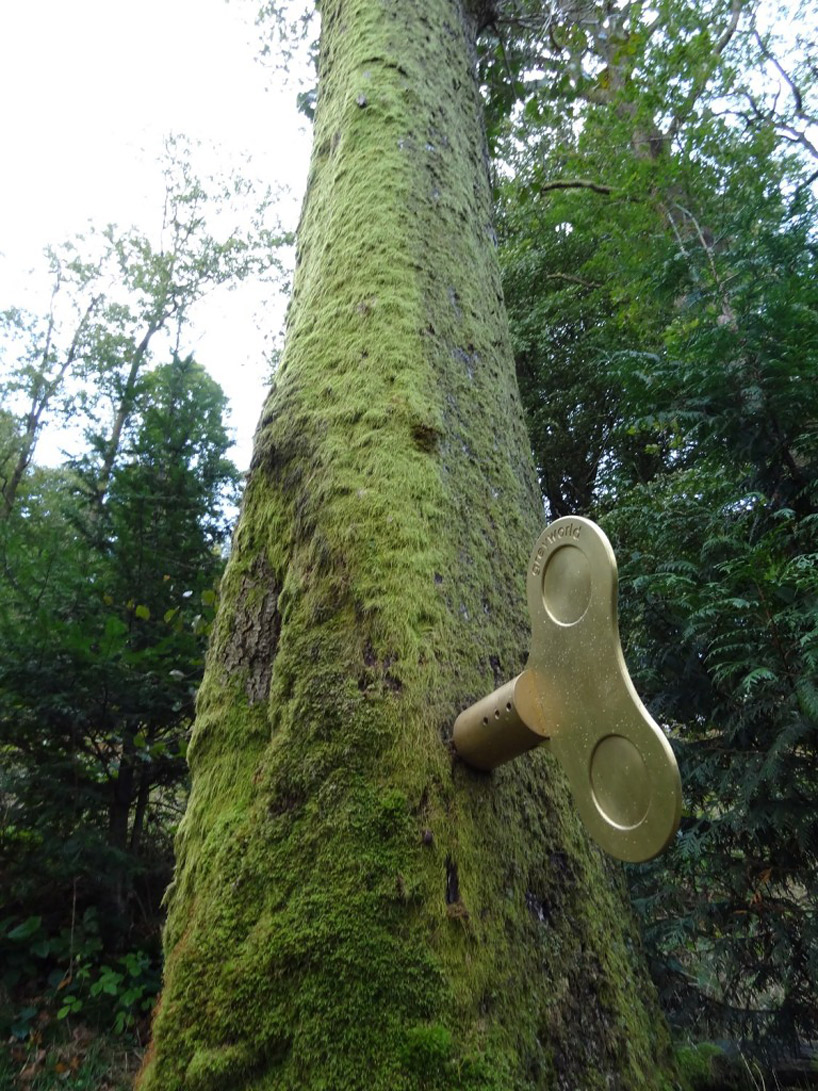 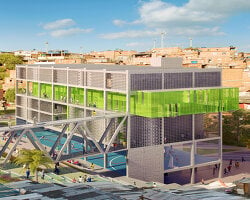