on september 6th, 2008 choque gallery in são paulo, brazil was showing a collection of paintings by well-known street artists when 30 members of a graffiti art movement known as ‘pixação’,  stormed in brandishing spray cans defacing the entire gallery and artworks. the organizer of the pixação attack stated in a message to other members, that the intention of the act was to protest against the ‘marketing, institutionalization and domestication of street art’. 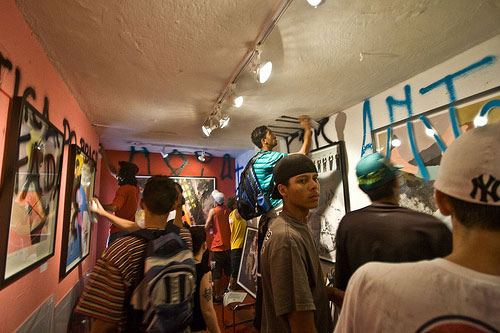