a series of smashed, mangled, shot up and melted apple products are the subject of a recent photography project by a san francisco-area graphic designer who said he’s trying to make people think about their relationship with these universally beloved gadgets.

michael tompert said he had spent the last several months purchasing the newest in apple consumer technology and then creatively destroying the pricey toys. the results, which he photographed, briefly went on display at a gallery exhibition that ran over the weekend at the small live worms gallery in san francisco.

tompert said the idea for the project came to him after he gave each of his two sons an ipod touch for christmas. he said the two boys fought over one of the devices, which had a certain game on it. fed up with the quarrel, tompert said he grabbed one of the ipods and smashed it on the ground.

‘they were kind of stunned – the screen was broken and this liquid poured out of it. I got my camera to shoot it,’ tompert said. ‘my wife told me that i should do something with it.’

in all, tompert created 12 images of destroyed apple products, working with his friend paul fairchild, a photographer. ‘they had to be a brand-new product,’ tompert said. ‘it’s not about destroying old products. it’s about our relationship with the new.’

his methods of destruction varied by gadget. to destroy an iphone 3g device, he used a heckler & koch handgun to blow a hole through it. to obliterate a set of ipod nanos, he placed the devices on a train track so that a locomotive would run over them. 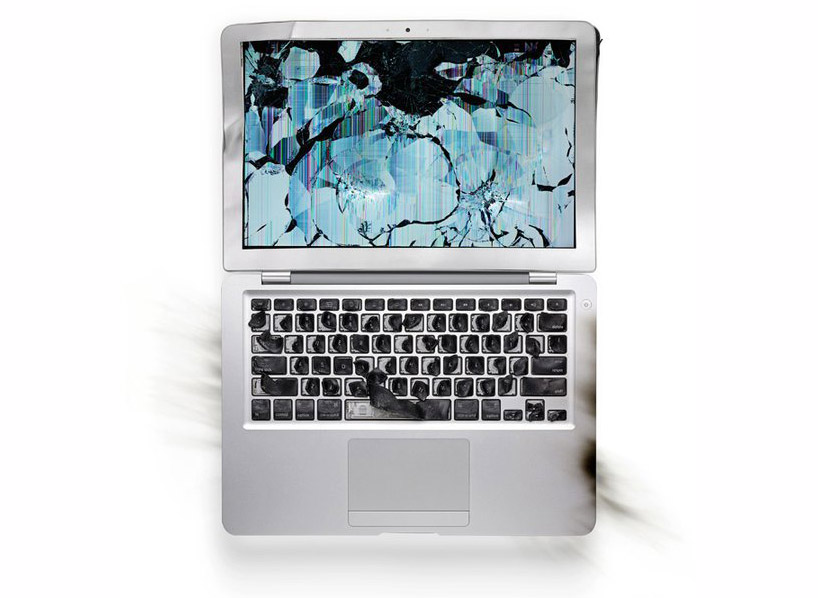 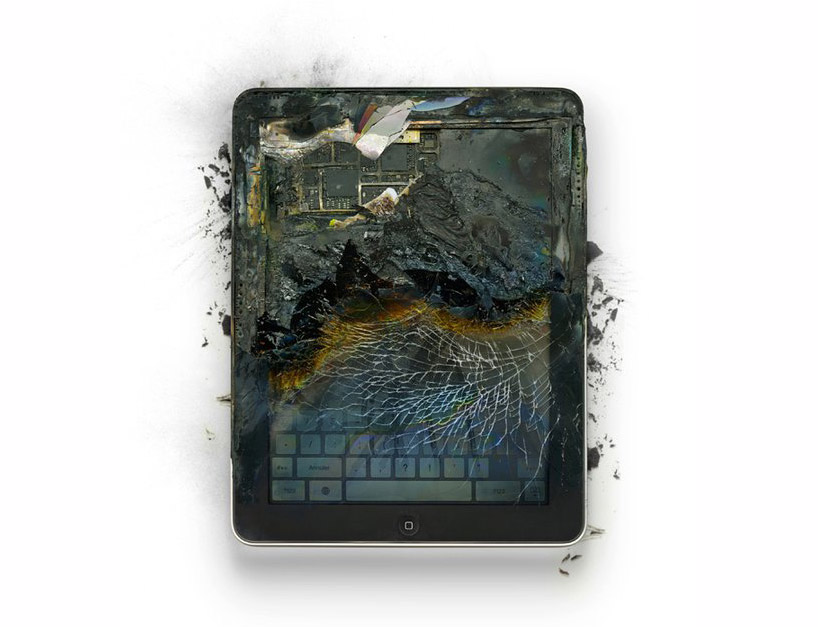 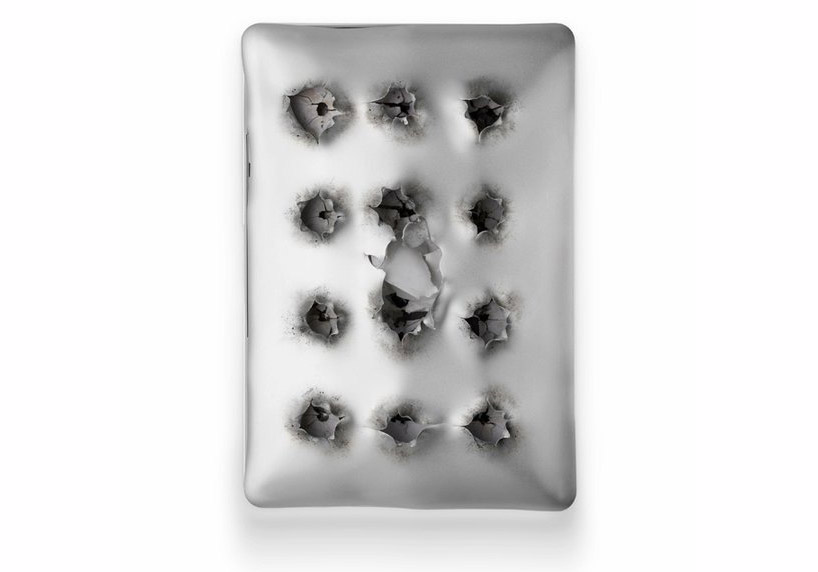 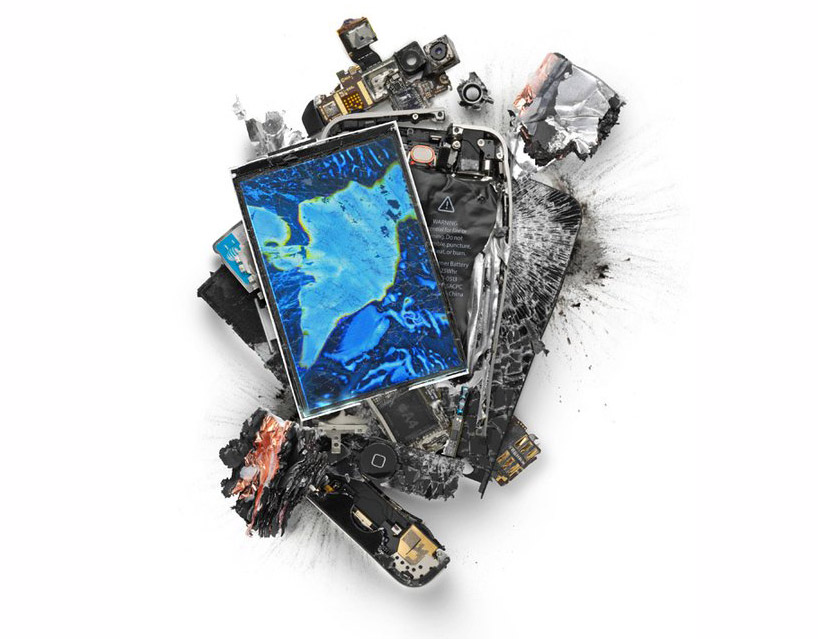 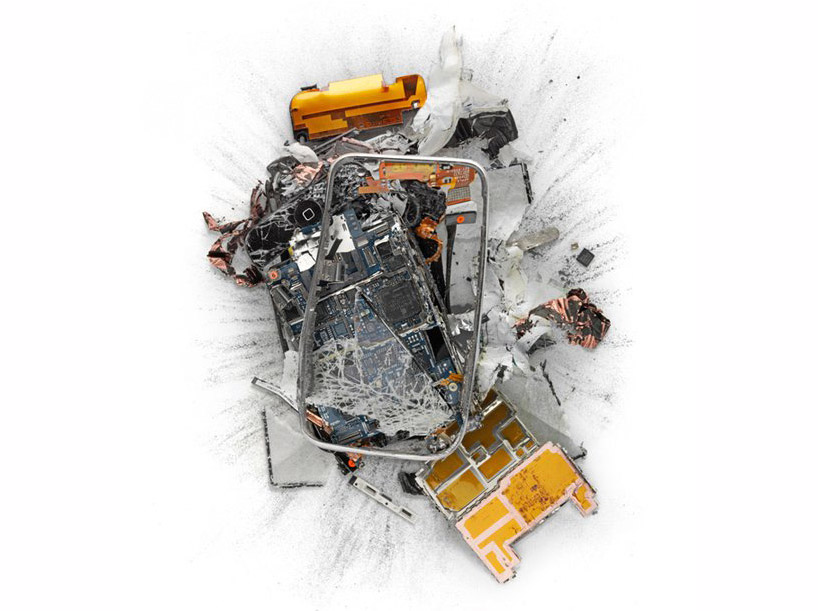 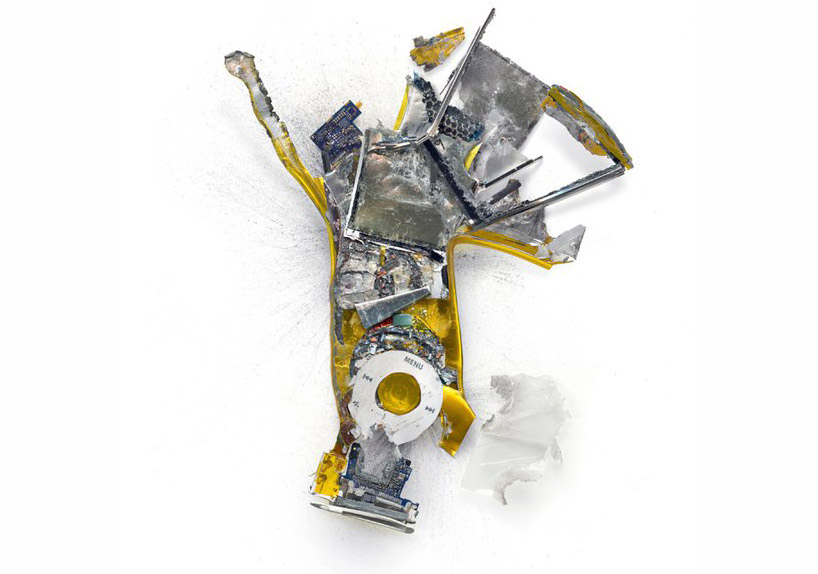 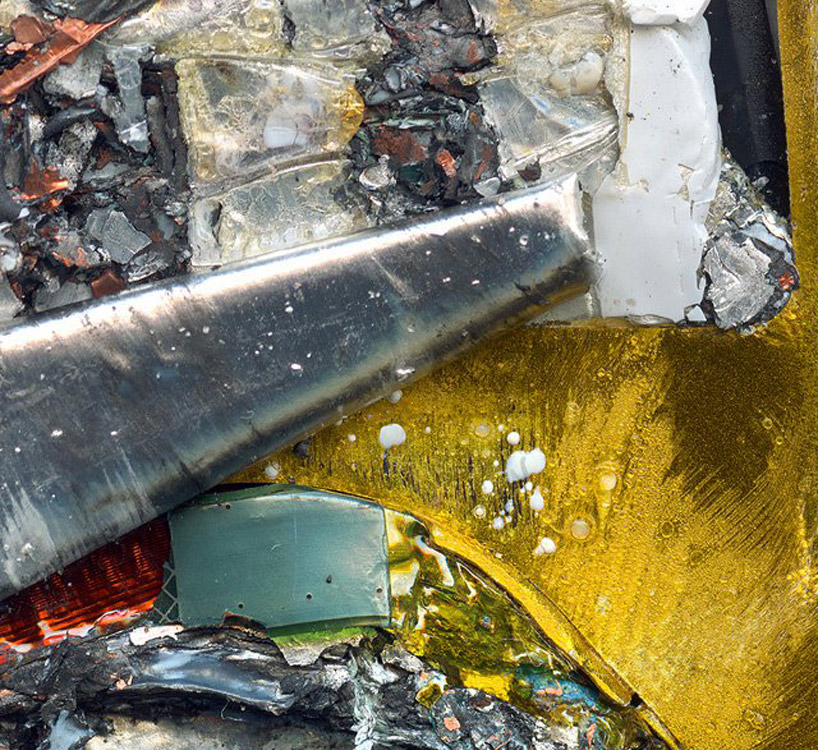 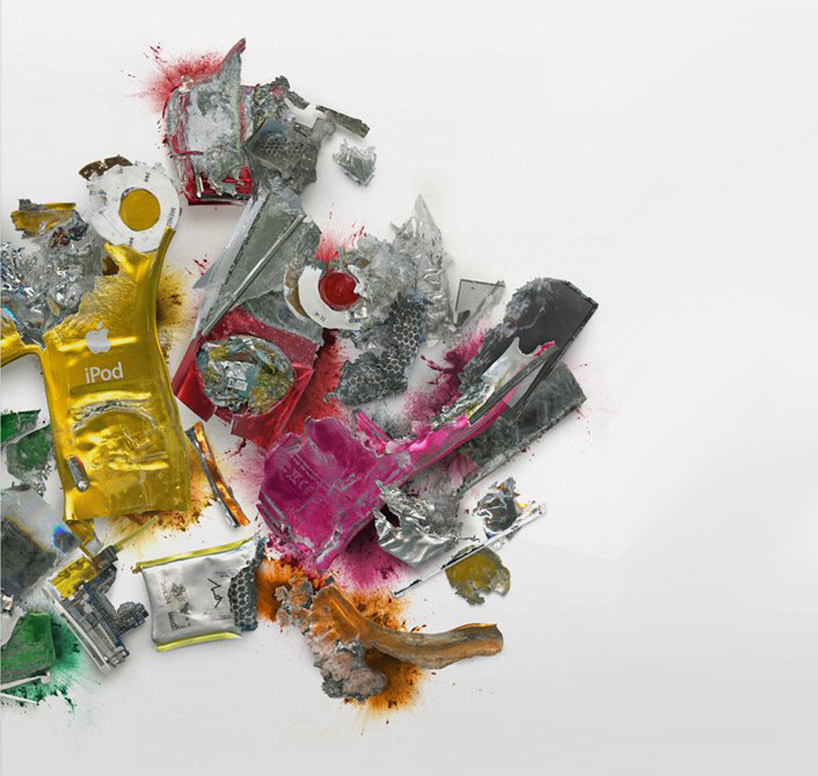