new york-based artist jonathan schipper’s ‘detritus’ is an infinitely dynamic environment composed of salt, digital machinery, and hot water bathing. the immersive installation is made up of twelve tons of salt stretching from end to end of the gallery floor, while a metallic mechanism suspended from the ceiling by cables ascends and descends onto the mineral plane. by varying the length of the four tethers, the device moves around the room, lowering itself onto the surface where it extrudes and builds three-dimensional, abstracted salt forms from layers upon layers of the material. the resulting mass arrangement revealed from the heaps of fine grains simulate architectural landscapes, and city skylines — representations of man-made objects. as part of the exhibition, viewers have the option of observing the salt sculptures’ fabrication from the comfort of a hot tub nearby, forcing an inevitable destruction of the builds as they enter and exit the pool of water.

‘objects are continuously being formed but, due to the fragility of the salt crystals used to make them, they deteriorate at nearly the same rate new ones are being built. this installation is an attempt to create a vantage point that is impossible in the real world. a vantage point that both condenses and speeds up time and provides an objective view of the things we value which, at times, we recognize as merely detritus.’ ‘detritus’ is on view at the boiler, brooklyn until november 24th, 2013. 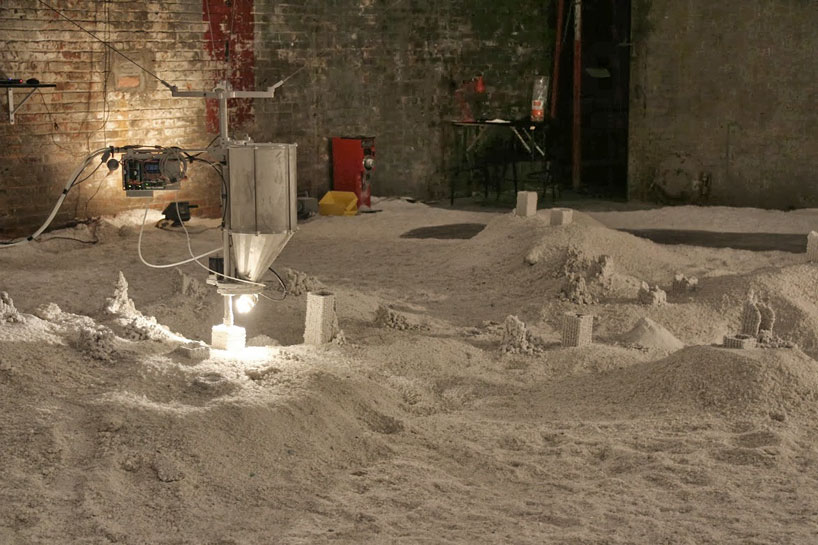 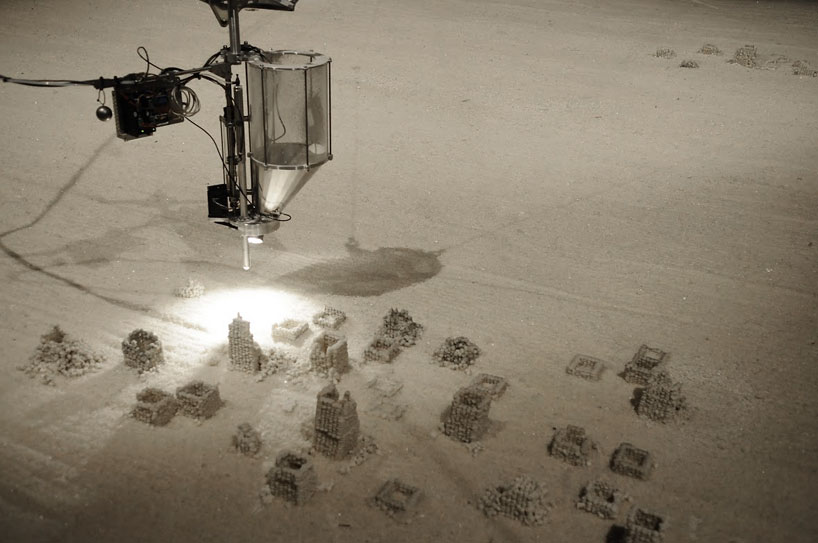 the machine building layered forms out of salt 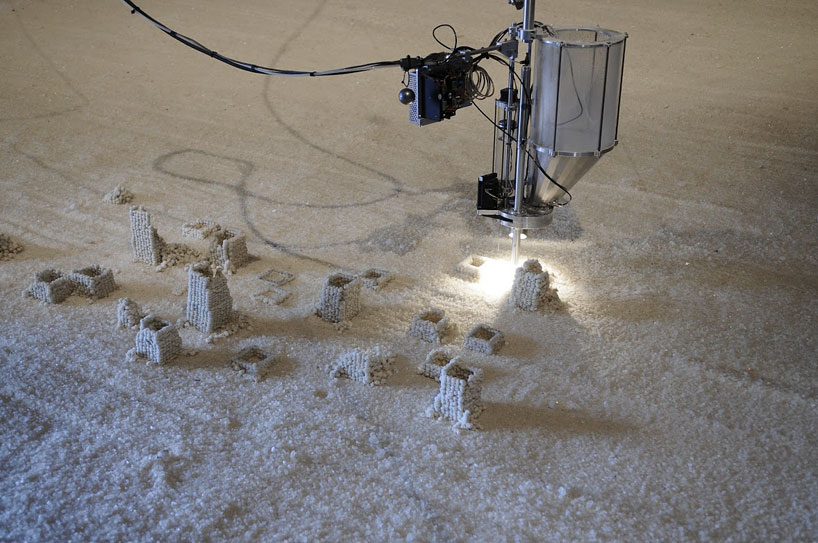 an installation view of the device building a salt structure 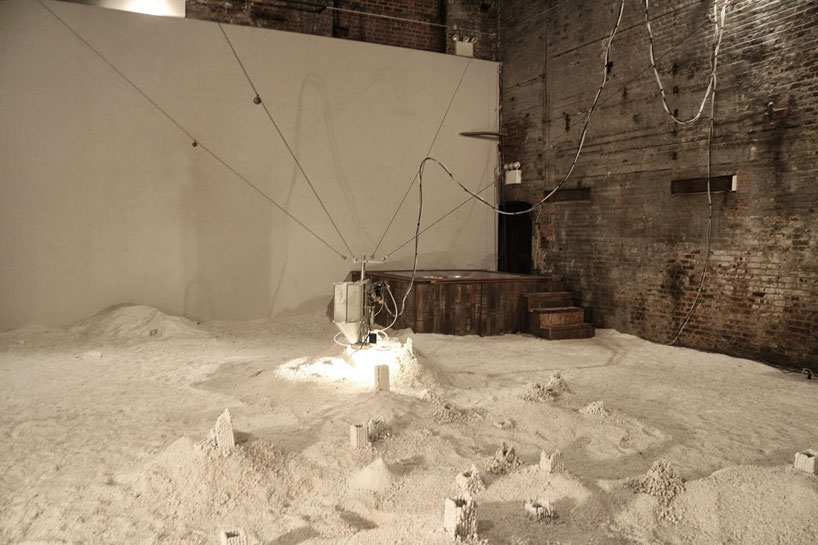 the mechanism is hooked up to the gallery walls and ceiling 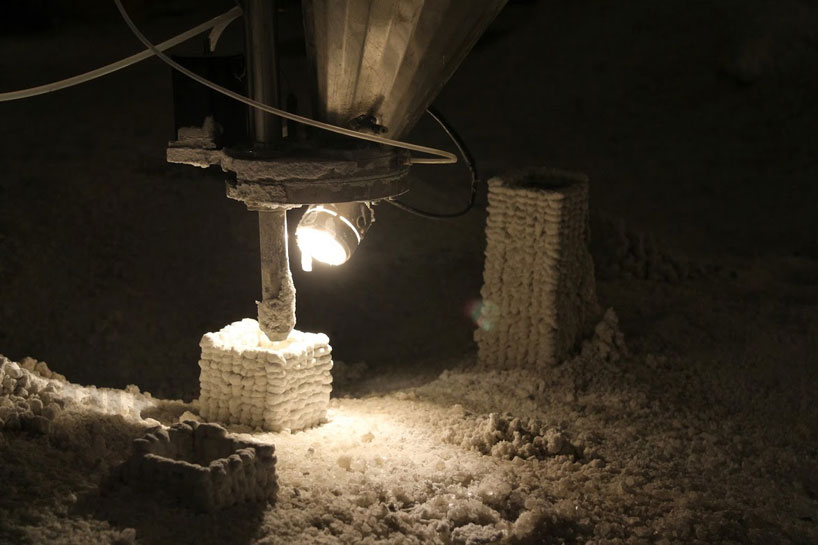 detail view of a mineral construction 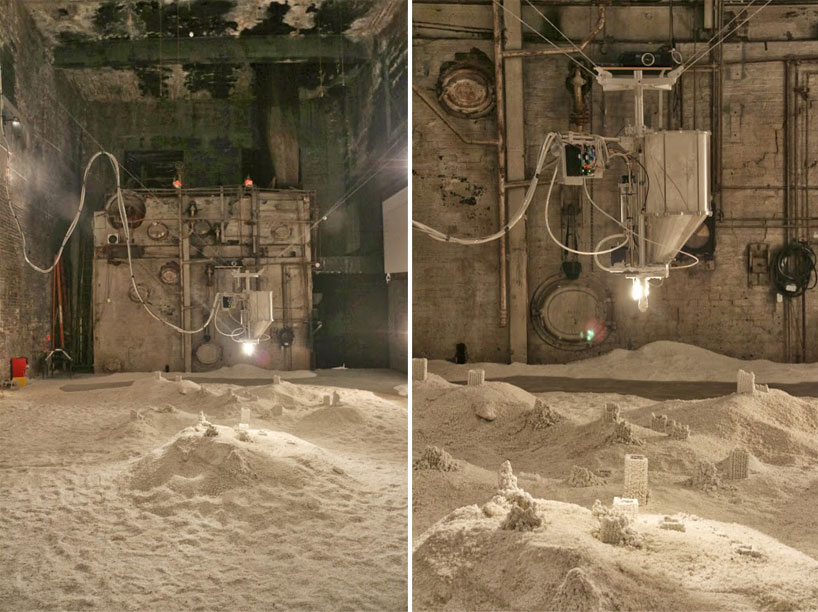 installation views of the machine installed at the boiler room, brooklyn 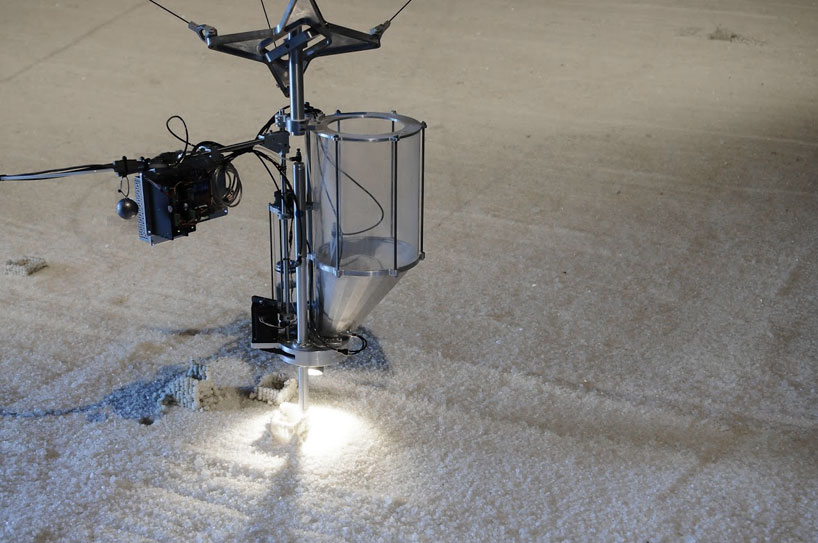 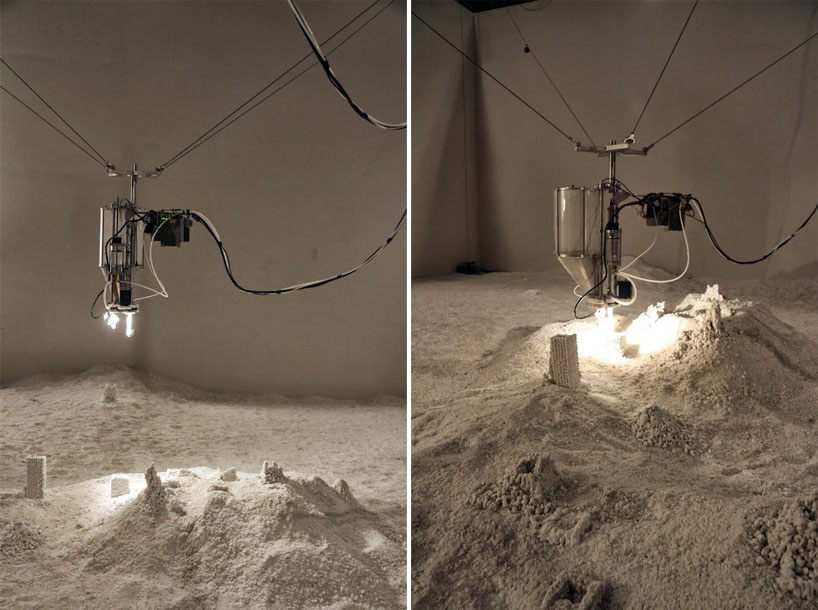 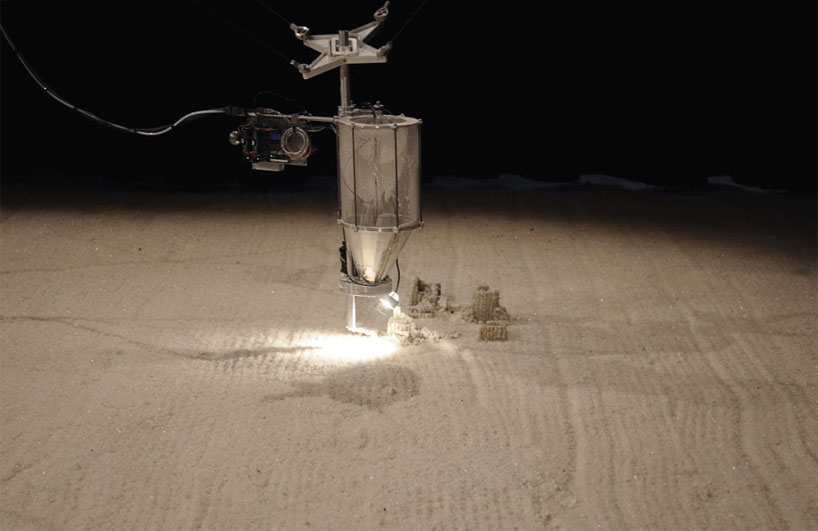 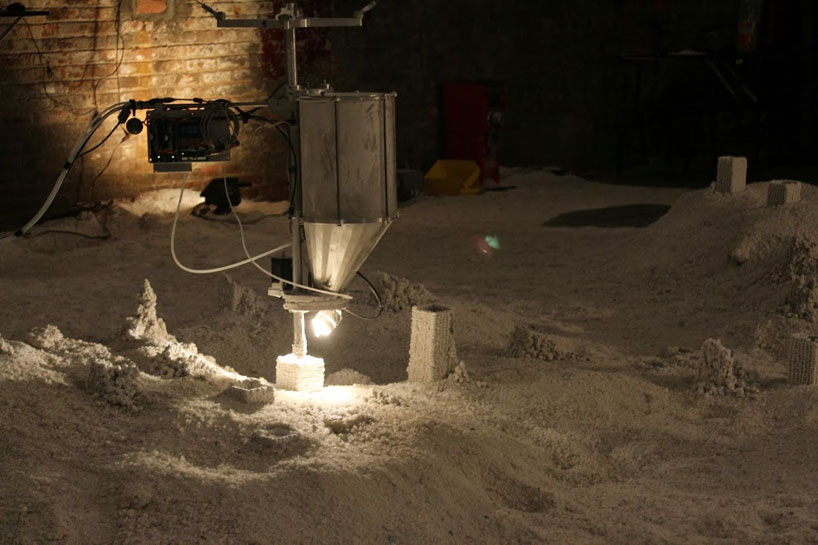 Nov 15, 2016
these office cubicles are slowly sucked into a tiny hole in the wall