‘device to root out evil’ by the american artist dennis oppenheim has recently come under a lot of controversy. the large scale sculpture was first exhibited at the 1997 venice biennale. in the form of an upside down church, with its steeple buried in the ground the work is a clear remark on religion. the sculpture was later moved to a public park in vancouver, canada as part of the vancouver sculpture biennale in 2005. unsurprisingly, the public had mixed a mixed reaction to the work. recently, the vancouver public parks committee voted to remove the sculpture. the glenbow museum in calgary, canada jumped at the opportunity to display the sculpture, which will arrive in a week or so. the piece was previously rejected by stanford university in 2004, oppenheim’s alma mater. 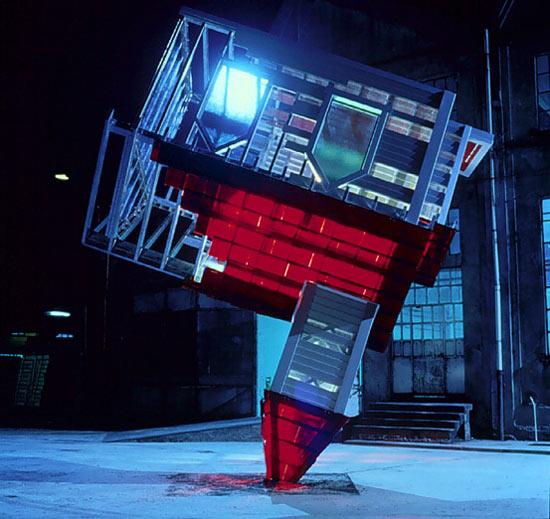