using the monitor as his canvas, artist florian kuhlmann works digitally to create his collages of mass apocalyptic imagery. collecting thousands of images from the internet, he assembles them in a way that the images become his palette, translating to his canvas like color and brush. with a strong belief in sharing and encouraging cultural progress, when his works are completed, kuhlmann republishes the collages back to their original place on the internet in which all are free to download. 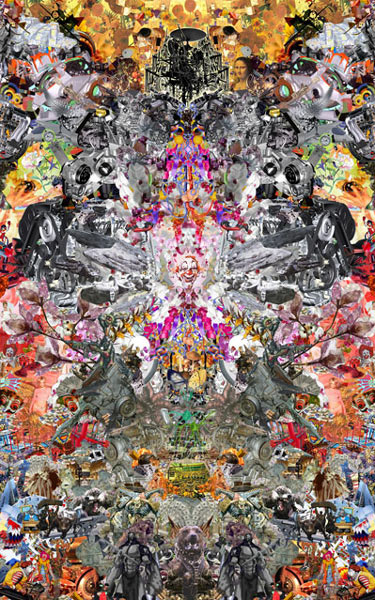 ‘rising of the clown’ by florian kuhlmann 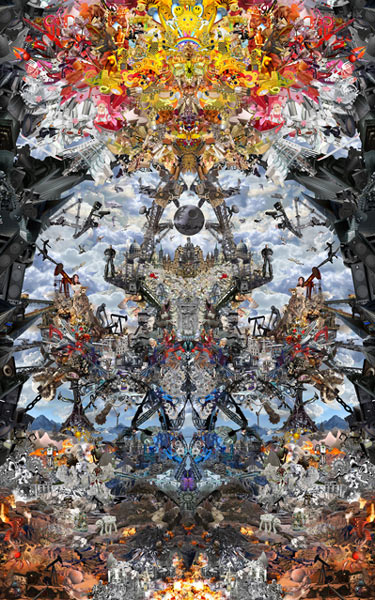