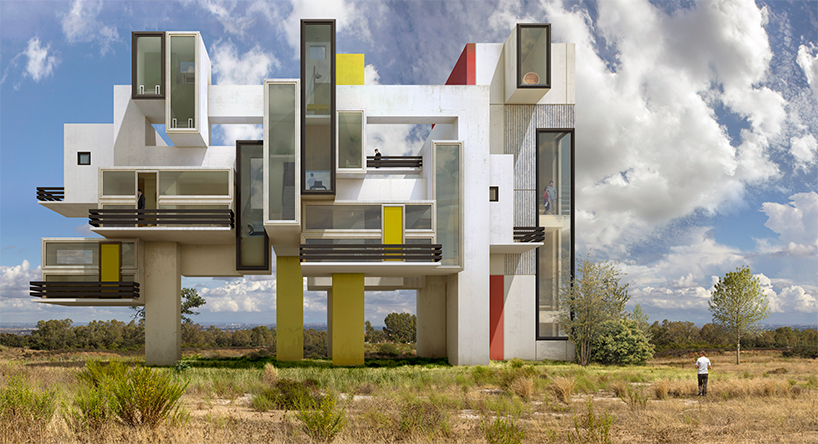 gonzález brings us his latest series ‘trans-actions’, a set of imaginary architectural realizations which beckon the question — are these structures contemporary habitable spaces or ruins of a former landscape now forgotten? mobile observatories, occasional retreats, workplaces, hydraulic structures and stationary zeppelins stand out for their ability to surprise and astound the onlookers around them. 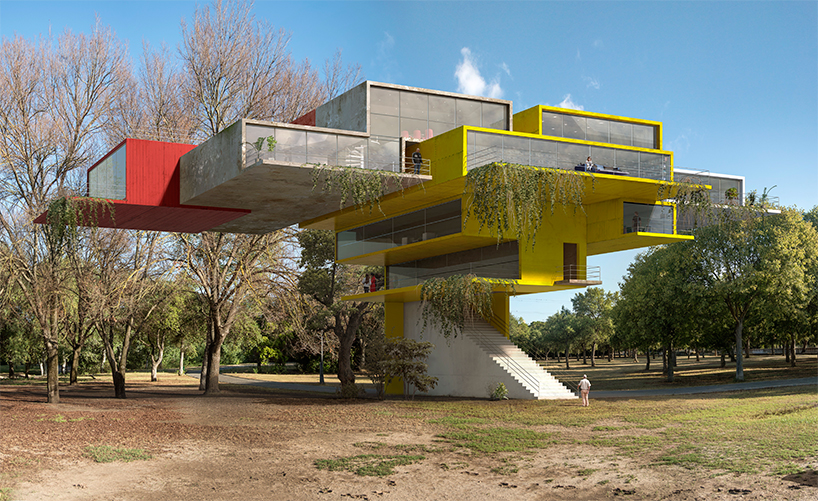 the ambiguity of the vast, panoramic sceneries and surroundings that serve as a backdrop for the surreal sturctures offer little about their context. ‘the particularity of these buildings is that they do not presume, or do not relate to, an immediate orbit with cities,’ gonzález states. ‘therefore, one does not know exactly who the guilty parties are, except for environmental agents and social mobility, both of which promote a culture of urgency.’ 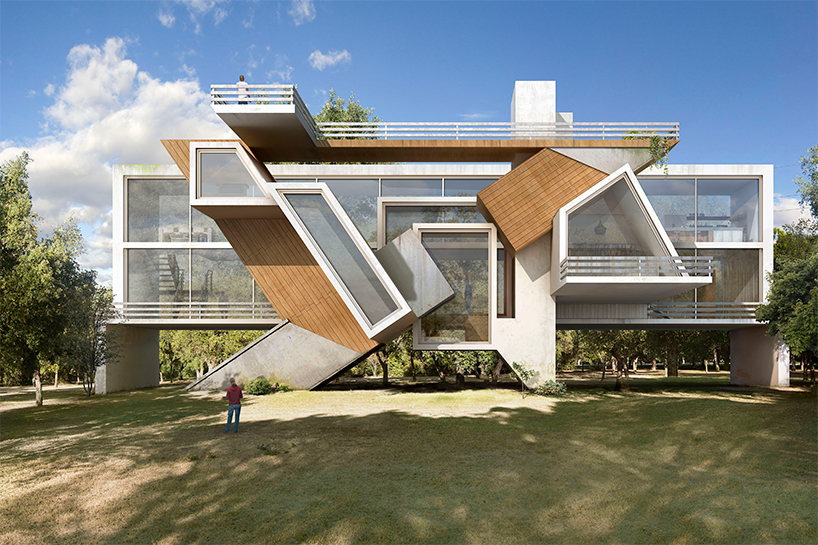 in common, all of the structures that comprise the series of ‘trans-actions’ are set on pillars or slender buttresses of reinforced concrete, supporting a horizontal structural plane. these stilted compositions leave an empty, open area at ground level that allow them to more naturally amalgamate with the surrounding natural landscape without corrupting or adulterating the scenery. amongst these raised architectural formations, elemental compositions and complex exercises in construction demonstrate the possible equilibrium that can occur when nature interacts with the architectural system. 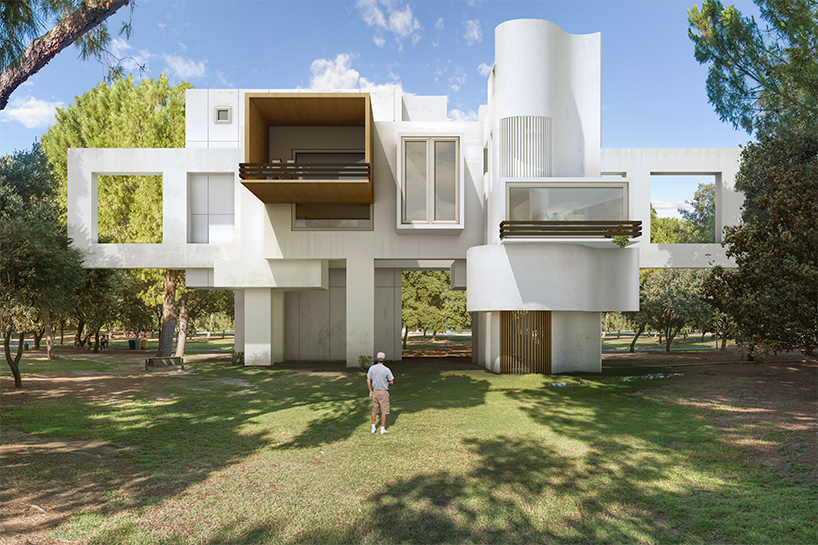 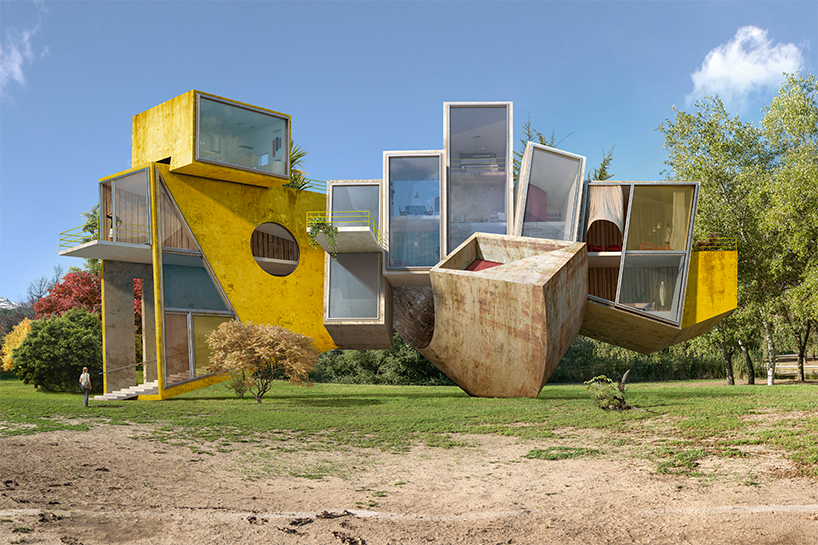 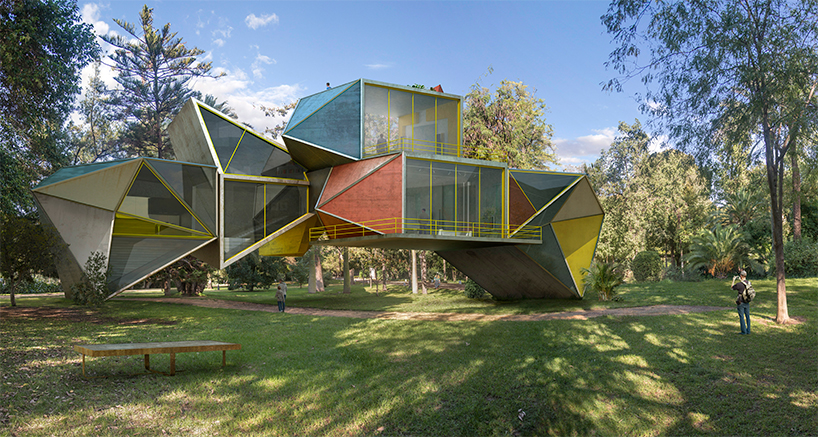 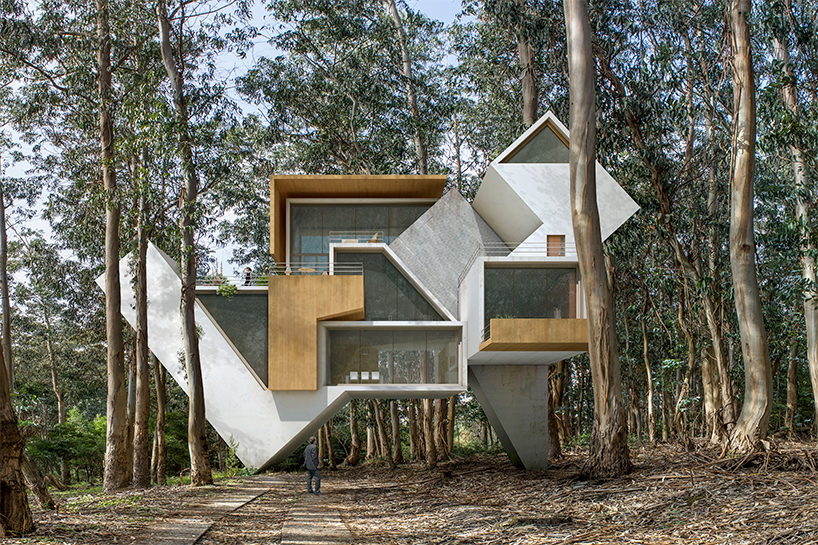 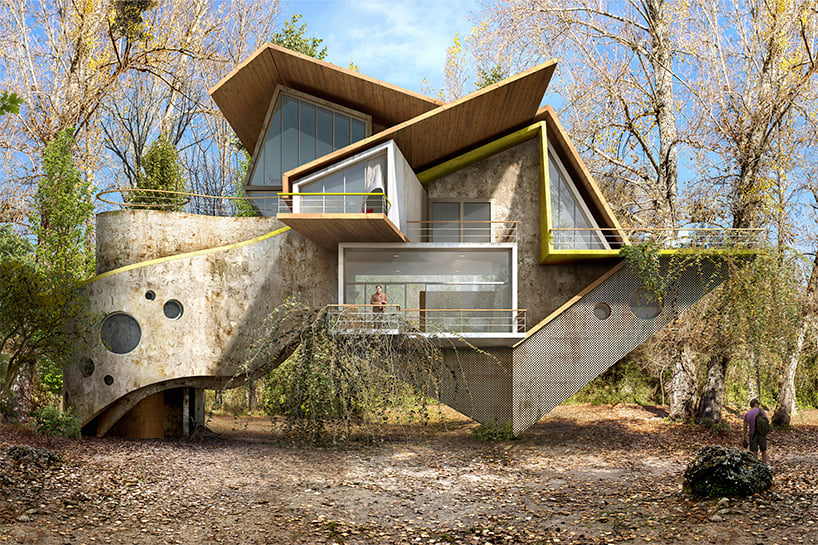 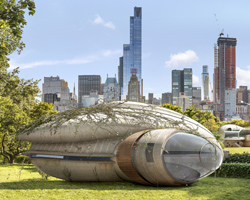 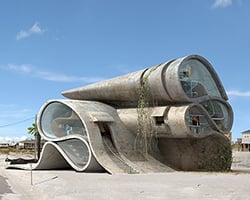