artist and designer dirk koy has created an interactive 360° video that brings viewers on a journey through the streets of a fragmented and dreamlike version of the city of zurich, switzerland. by 3D scanning the city’s roads and buildings, koy creates a poetic journey that feels more akin to floating through the scenes of a watercolor painting than strolling the streets of a european city. 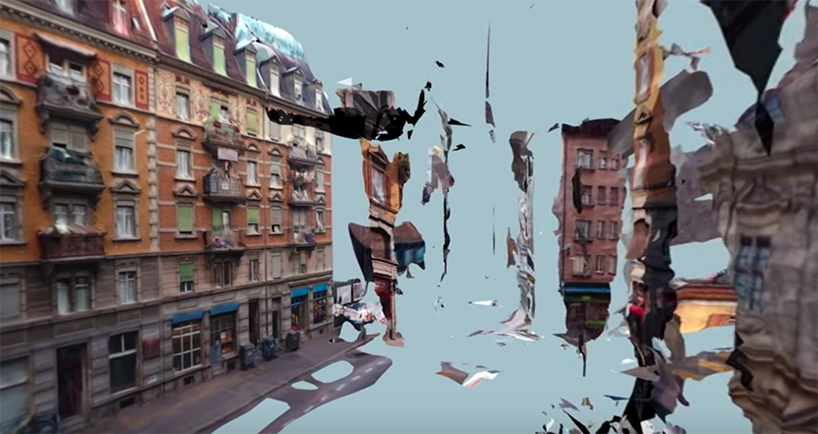 by 3D scanning the streets of zurich, koy creates a journey that’s more akin to a watercolor painting than a city tour

entitled ‘zurich 2.0’, the video is one of the first to make use of vimeo’s 360° video functionality, launched on march 8th 2017. a fresh dimension to immersive storytelling, the high-quality streaming service allows 360° videos to be uploaded in up to 8K, for next-level visual experiences. while it may not be quite the same as donning a VR headset, the result is still a visceral and engaging new way of telling stories, exemplified by works such as as koy’s. 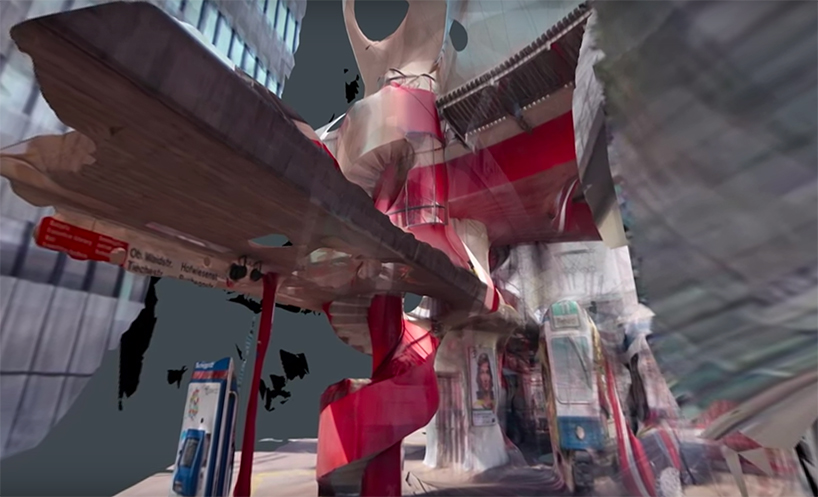 the glitchy shards of urban landscape that the video is composed of is a deeply touching backdrop to what is a poetically visualized version of the city. blocks of color or slices of light slowly reveal themselves as familiar objects and textures, with the impressions of windows and cars sliding around the screen before assembling themselves into recognizable images. both utopian and dystopian, the video suggests an alternate iteraltion of the well known city — possibly one that only exists far into the future, or in a different dimension altogether.

the video was created on behalf of the zurich film foundation for the zurich film award, cadrage. it exists in four different versions, each one with music interpreted by a different composer: niki reiser (above), marcel vaid, balz bachmann and peter scherer. you can check out the other soundtracks on koy’s youtube channel here.