painter scott wade has gained popularity for his skill in turning the dust of his native texas, USA into the ideal material to depict detailed scenes using the rear windows of automobiles as his canvas. the formally trained artist typically employs the surfaces of cars belonging to he and his wife, though he often creates intricate works of art from the grime covering the vehicles belonging to strangers. wade has developed a portfolio which features recreations of famous pieces including works such as johan vermeer’s ‘girl with a pearl earring’, leonardo da vinci’s ‘mona lisa’, in addition to portraits of contemporary popular figures such as footballer ronaldinho gaúcho.

each elaborate piece is composed within the glass space framed by the body of the car using an assortment of paint brushes in combination with his hands. one painting may take the artist anywhere from forty minutes to four hours. scott wade’s canvas is wiped clean by rain or a slow degradation over time, leaving a fresh space for the artist to begin anew. 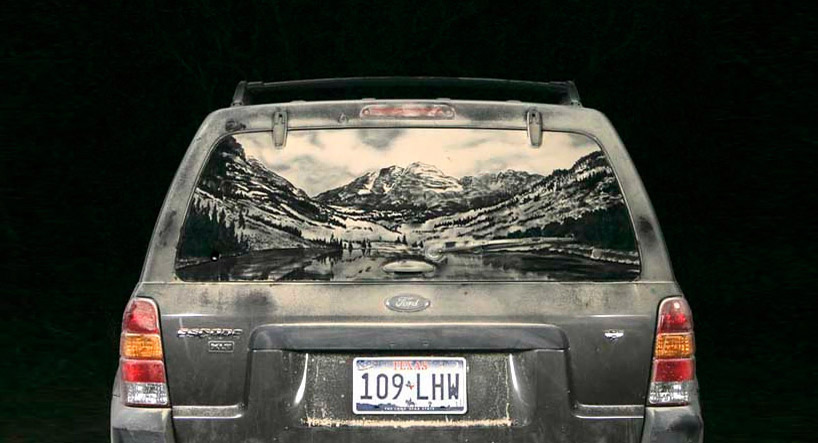 ‘escape to the mountains’

‘‘escape’. I usually worked on my mini or on robin’s mazda 3 (now it’s a toyota yaris and a honda fit). here we have 3 rented ford escapes. back in the summer, I got an email from an art director in new york at of the big madison avenue ad firms. he and his copy writer partner wanted me to do these pieces to try to get ford interested in a print ad campaign. well, apparently the drawings looked too much like photos we selected and the ad pros decided they couldn’t make them ‘read’. too bad, I could [of] used the money. anyway, these guys rented 3 escapes, we prepped ’em, I drew the images and jules photographed all over a weekend (whew!)‘. -scott wade 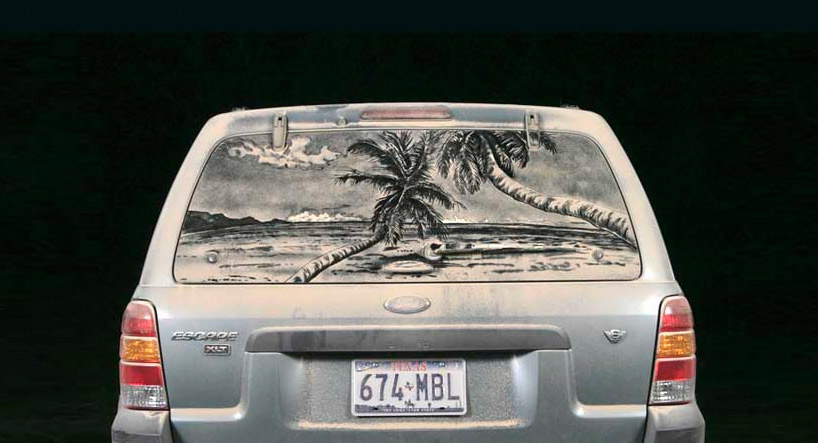 ‘escape to the beach’ 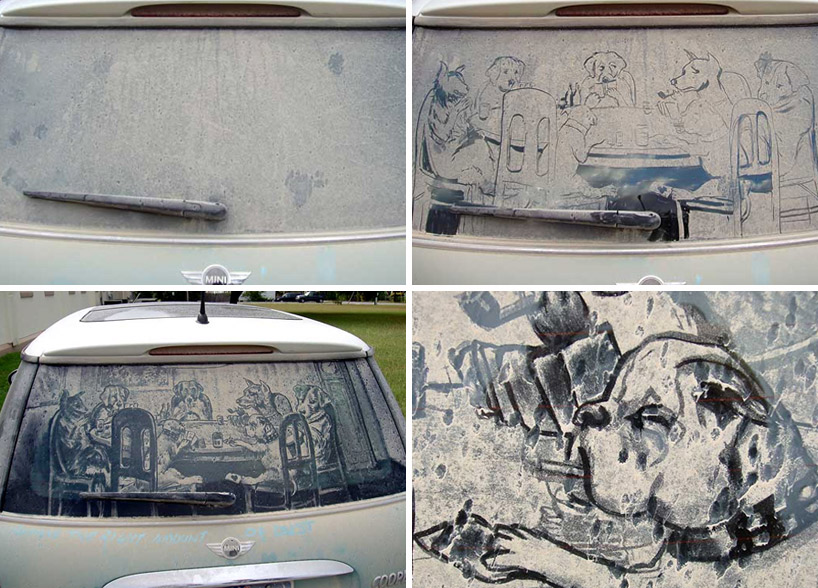 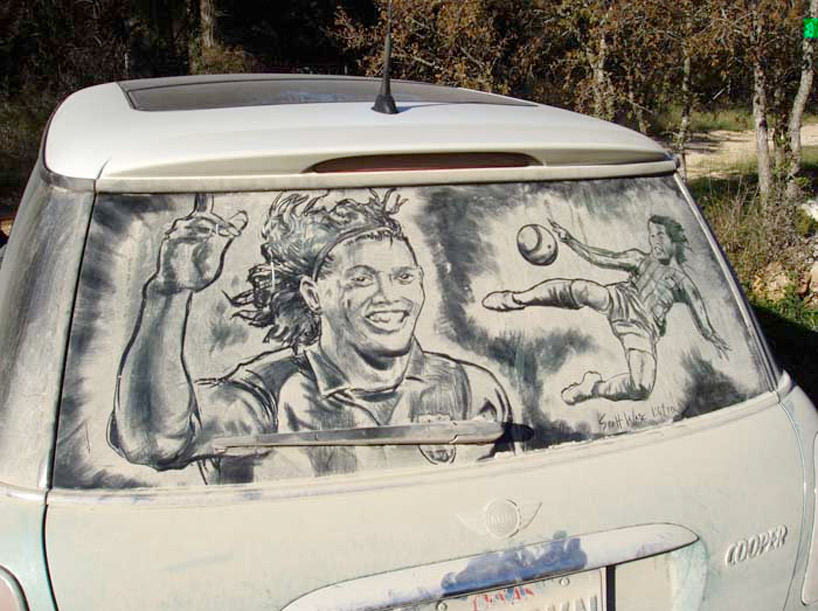 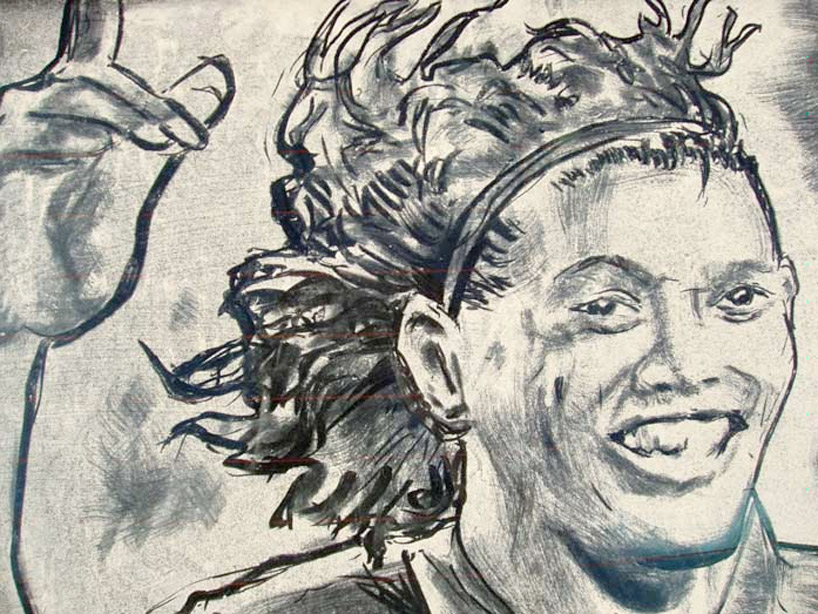 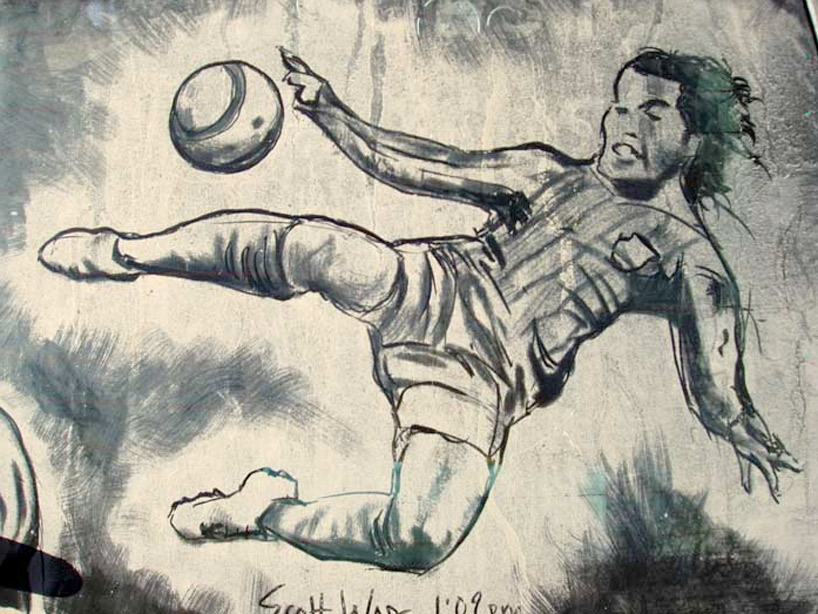 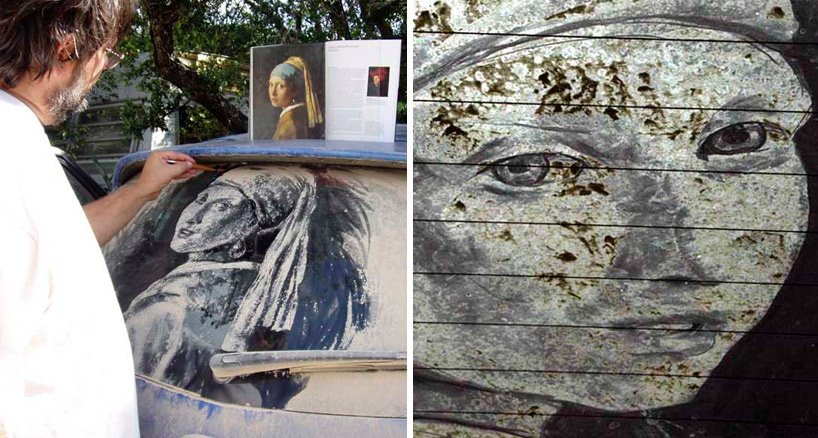 ‘girl with a pearl earring’ image by robin wood

‘I felt a little bold taking on a vermeer (not sure why I had no qualms about da vinci or van gogh), but I couldn’t resist ‘girl with a pearl earring.’ this one was tricky. I did it over a previous drawing that had been rained on. there were places where the dust had been caked on, and it didn’t brush off evenly at all. I had to kind of stab the clods with a bristle brush to break it up enough to get some intermediate tones. that’s what gives this one a sort of stipple effect‘. -scott wade 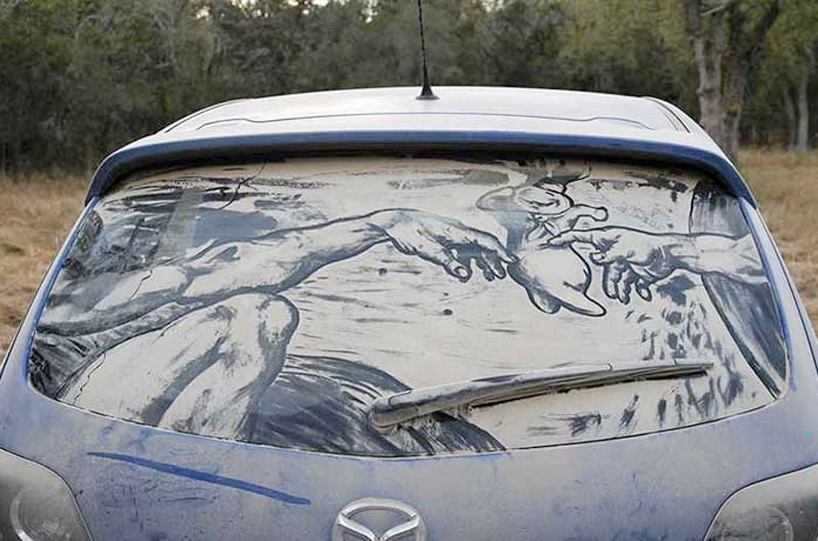 ‘the rapture of pop-n-fresh’ pictures both a masterpiece by michelangelo and the dough boy, from american food company phillsbury’s advertising campaign