coupling contemporary cultural references and historic fine art techniques, bangkok-based designer thunyamon charoensuttikul has realized a series titled ‘disney princesses in the renaissance’. the digital paintings recreate some of disney’s most beloved characters in the style of 15th century portraiture. dark backdrops with minimal detail echo the aesthetic qualities of the artistic era, while a textured paint crackle effect mimics the time-worn personalities of renaissance paintings. the figures situated at the center of the frame each bear the same facial features and costumes as their animated counterparts, yet are distinctly ‘flattened’ in appearance, their usual wide smiles swapped with modestly parted lips. see characters from snow white to cinderella rendered as renaissance ladies, below. 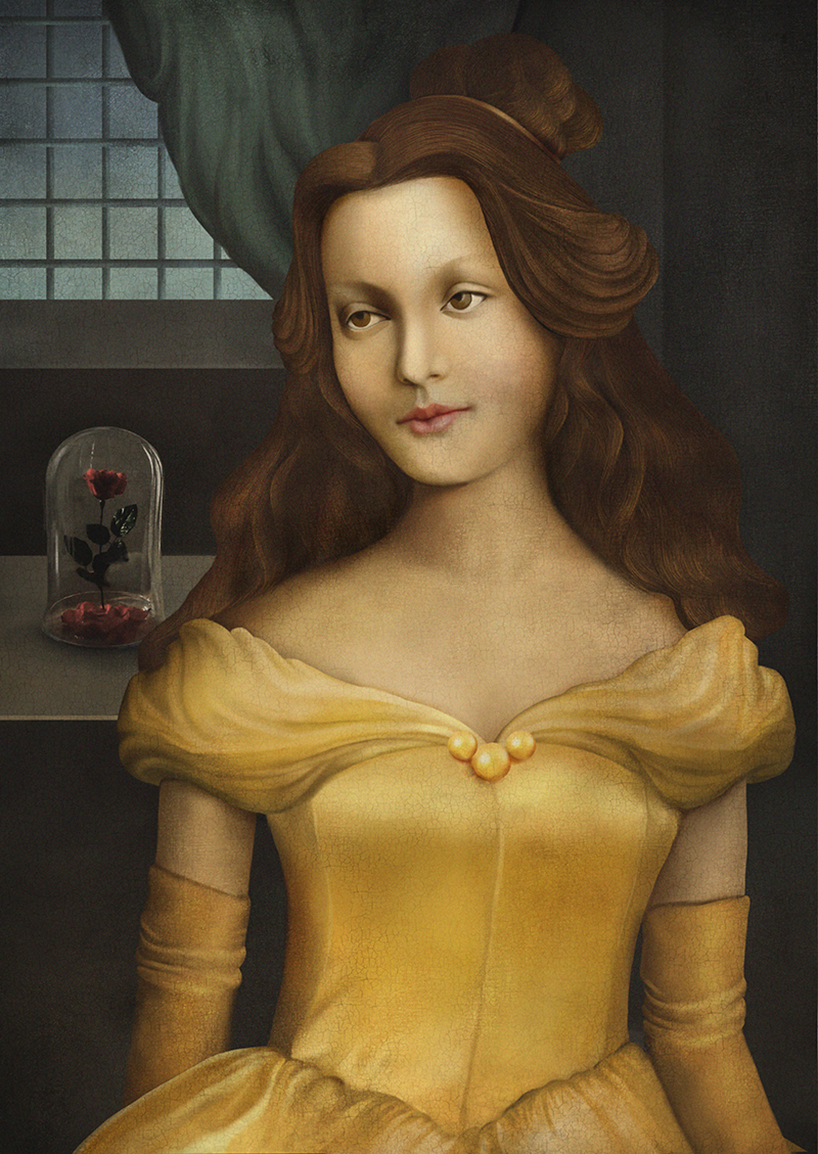 ‘belle, beauty and the beast’ 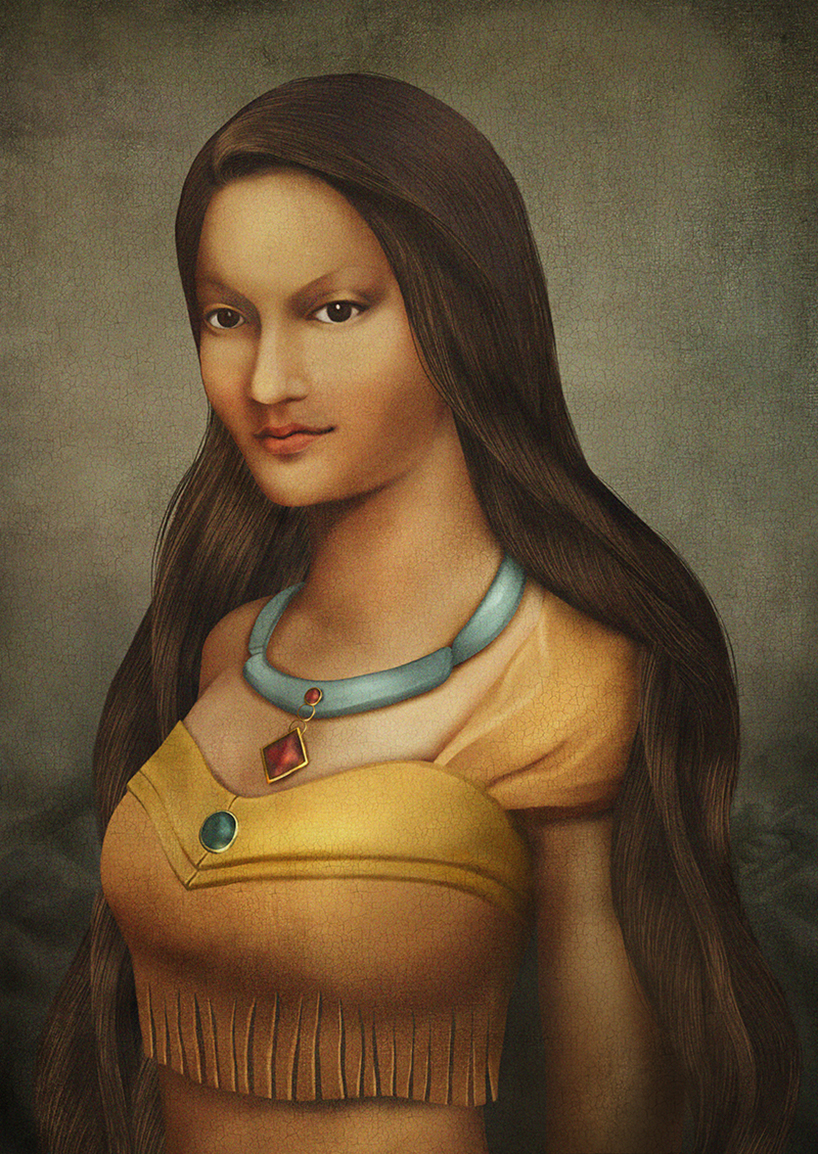 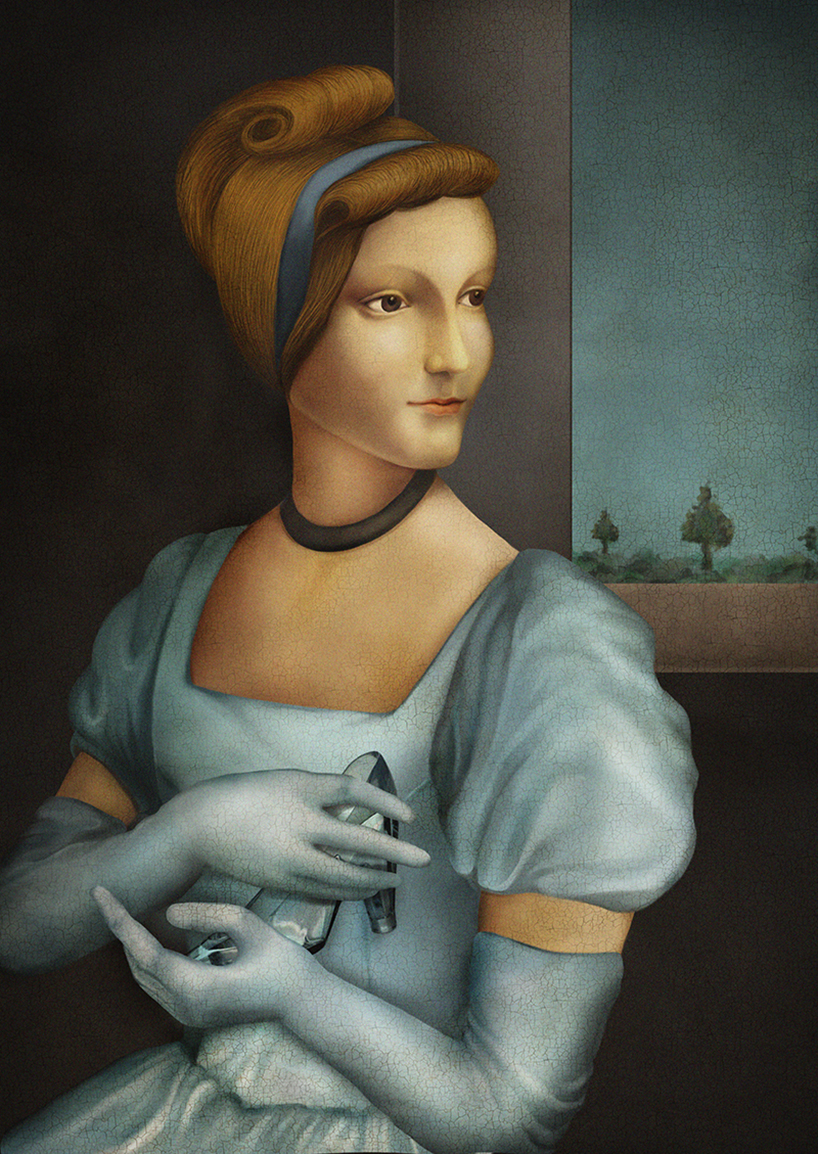 ‘cinderella, or the little glass slipper’ 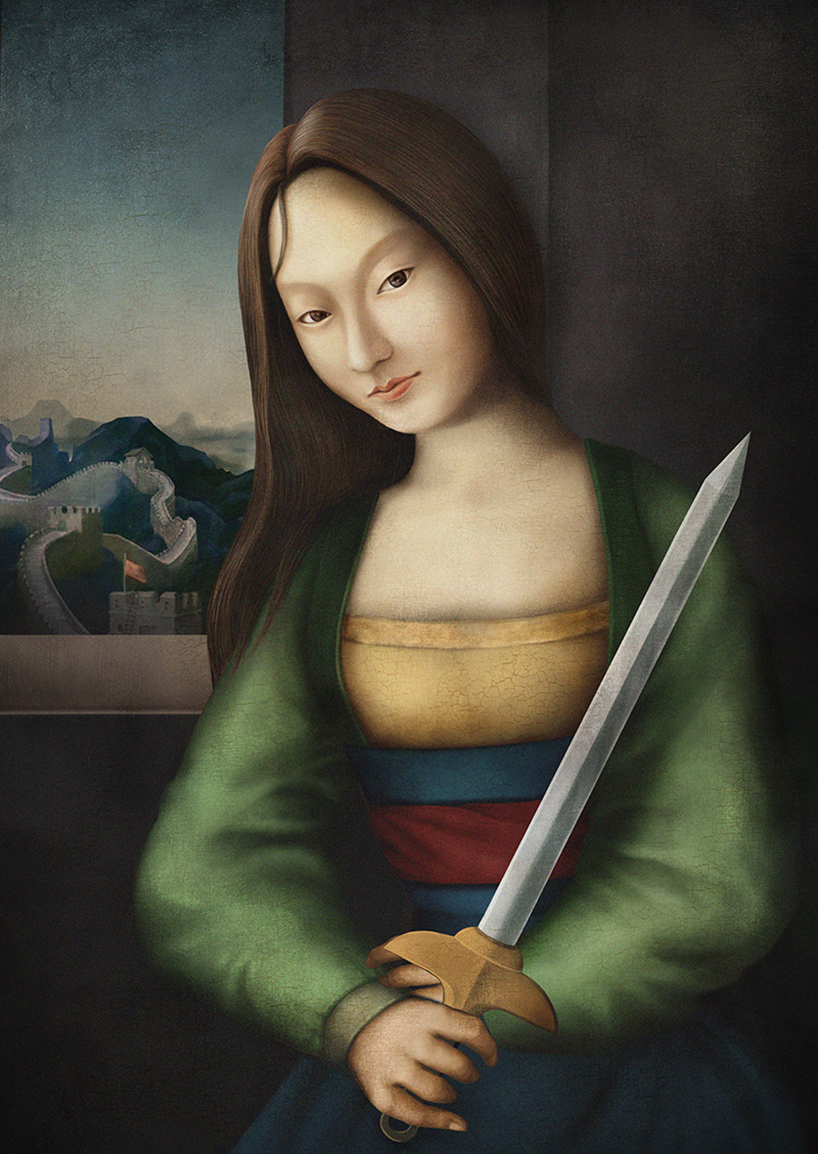 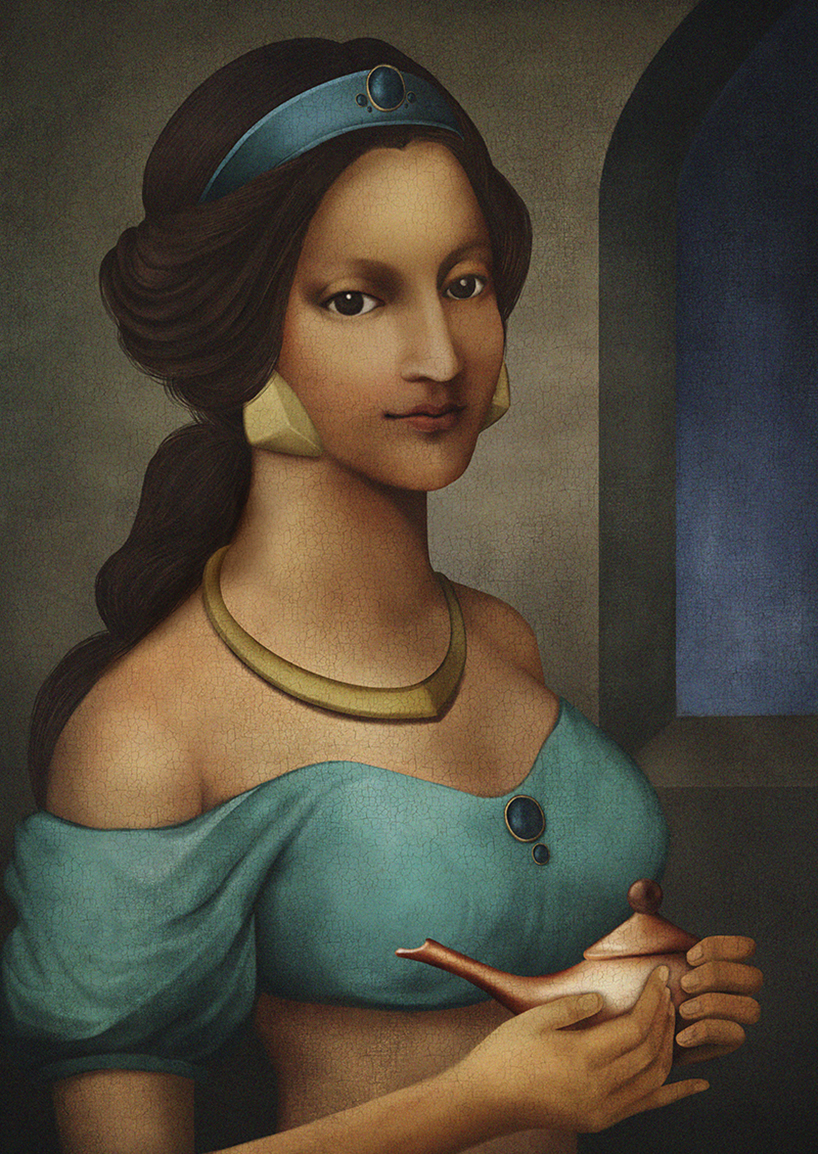 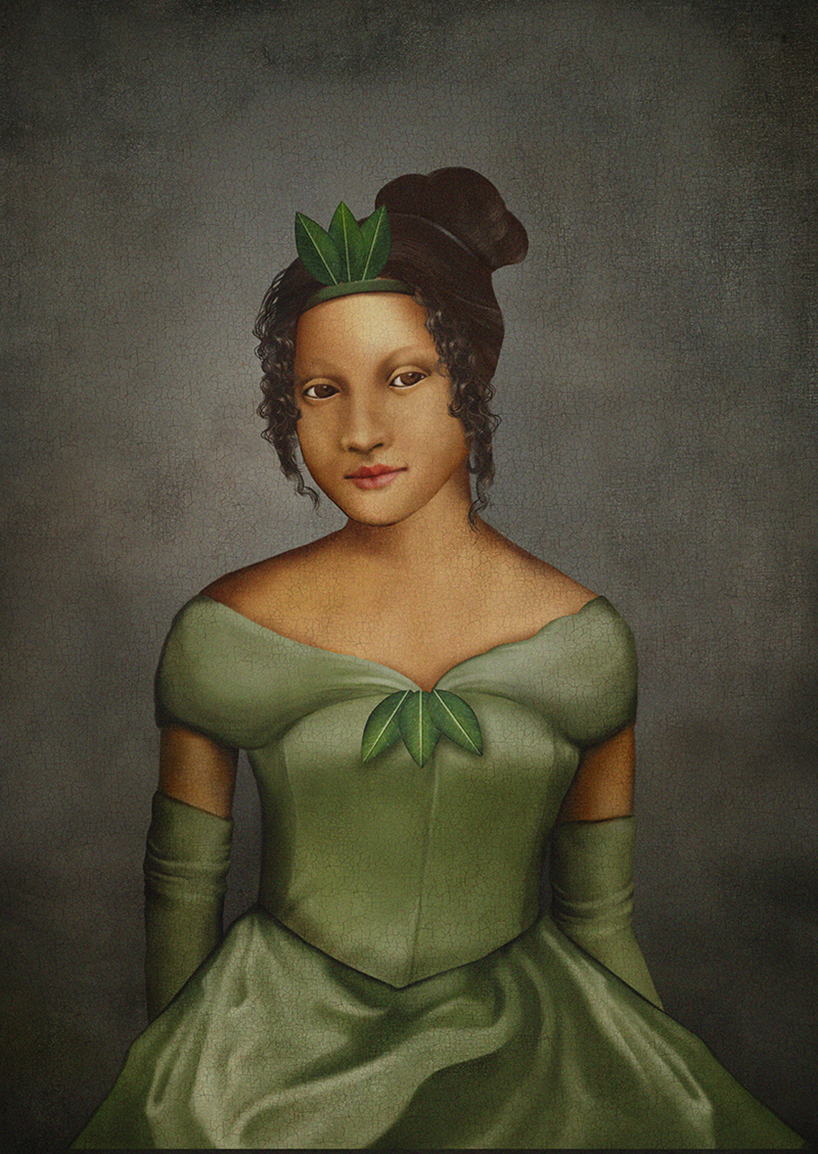 ‘tiana, the princess and the frog’ 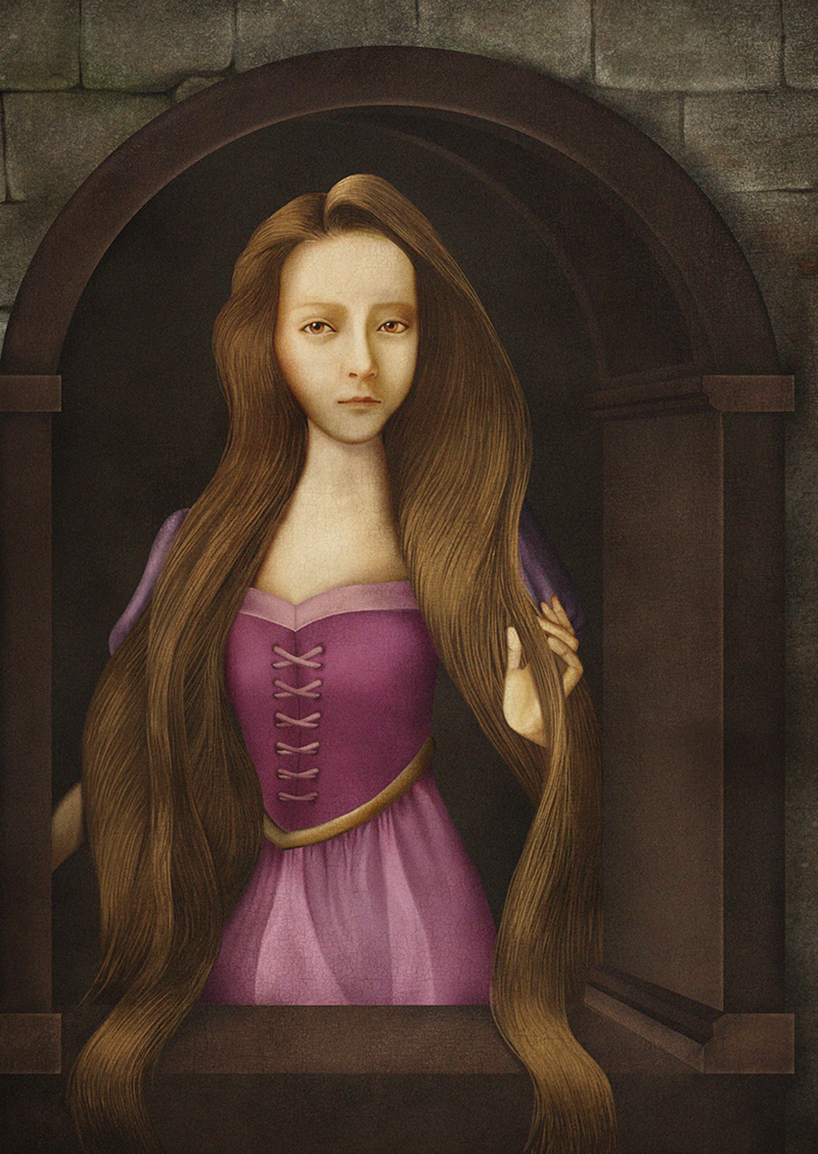 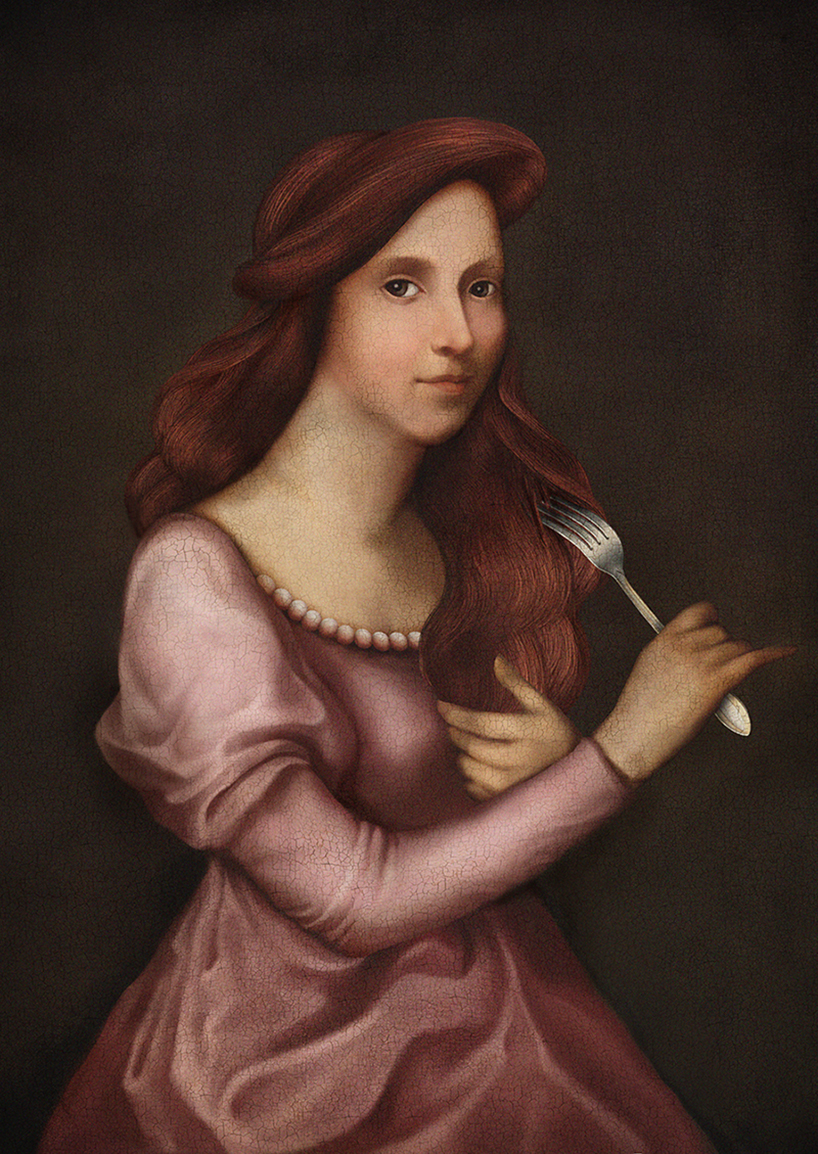 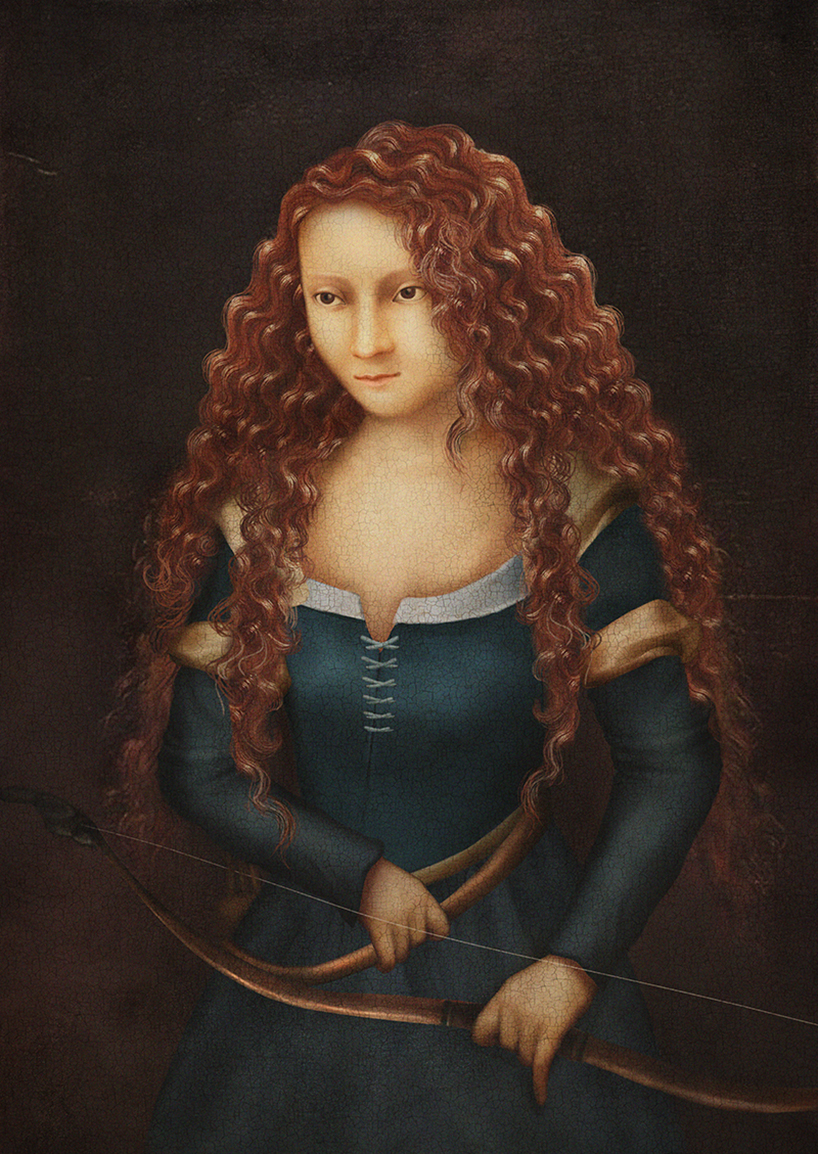