after the wild success of his previous project — where larger-than-life LEGO vehicles were imposed across the ancient streets of italy — domenico franco is back with a new series of images re-contextualizing toys in urban contexts. ‘city playground’ is an ongoing collection that sees the familiar fisher-price family farm appear across the city of rome — an oversized novelty among the historic cityscape. 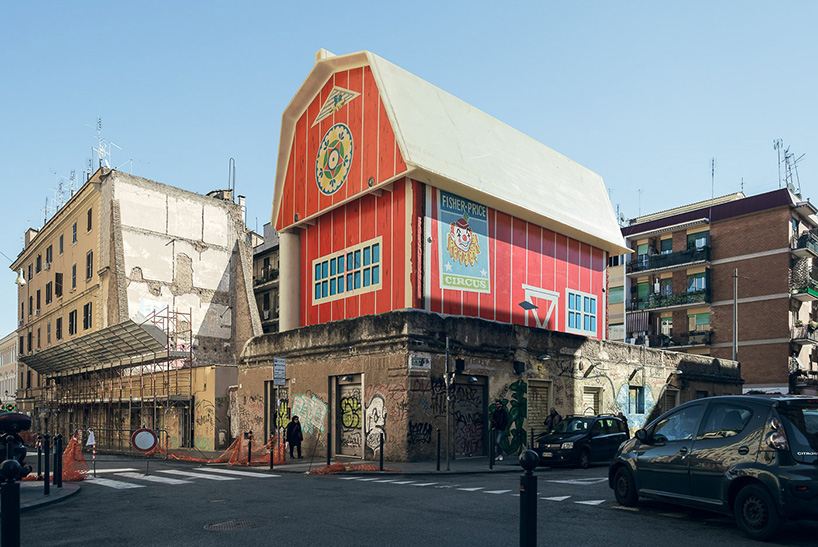 in this second chapter of city-set toys, franco gives the fisher-price family farm a leading role. ‘I received it when I was 3,’ he says, ‘and it was the first time that I touched a complete scaled ‘architecture’. franco now scales-up the iconic plaything to larger than life-sized proportions, blending it into the architectural cityscape of rome. the worn plastic object becomes a landmark within the scenes, filling empty spaces and highlighting forgotten or abandoned places within the landscape. ‘city playground’ intends to ‘make people think about the spontaneous transformation of the contemporary city, reinventing — as graffiti does — the urban space.’ 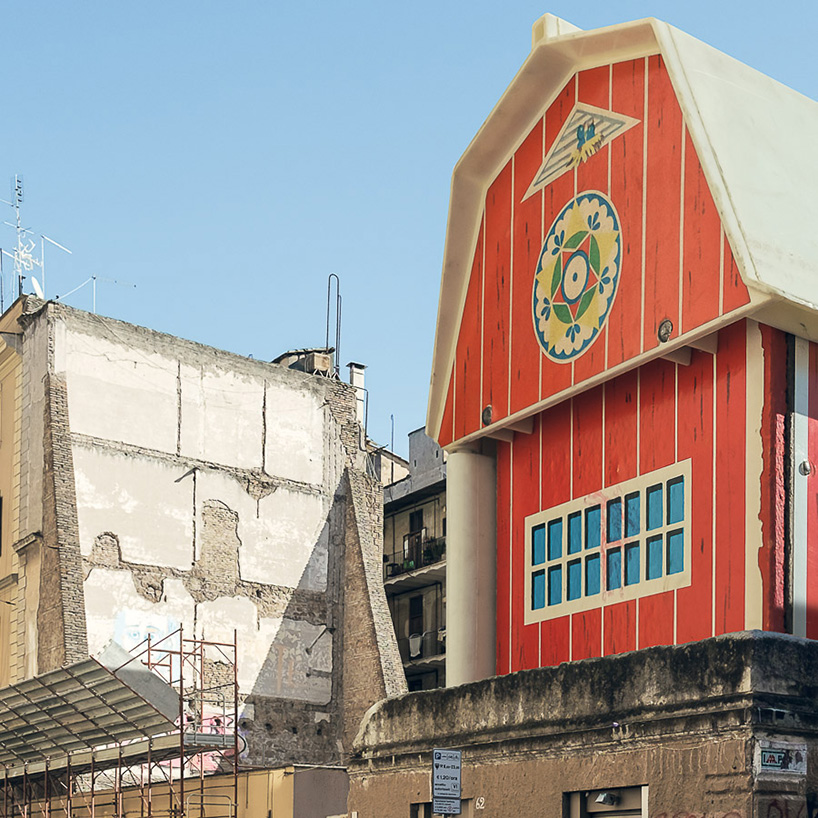 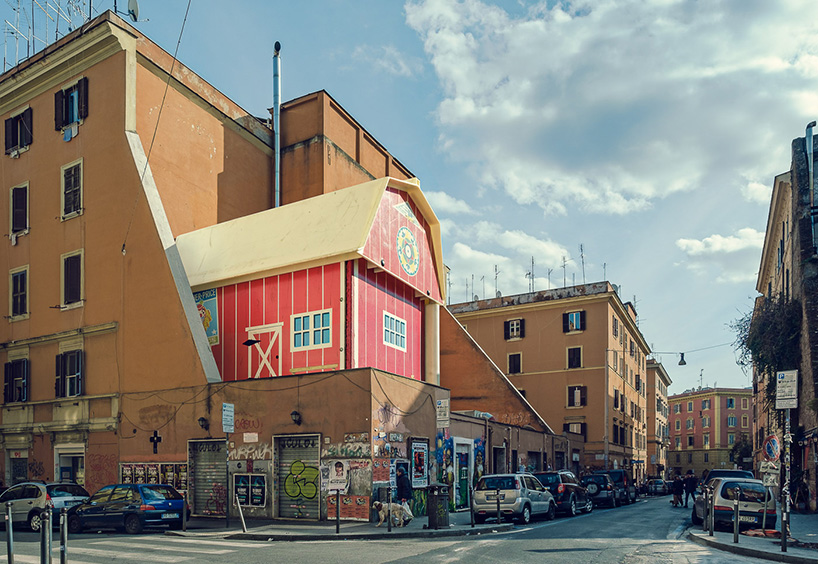 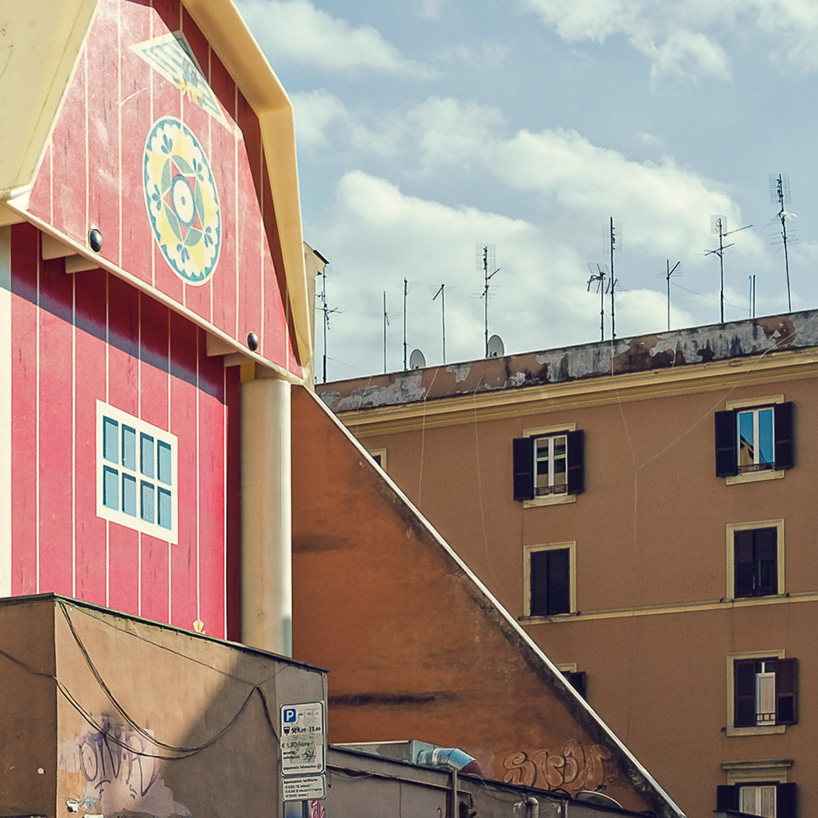 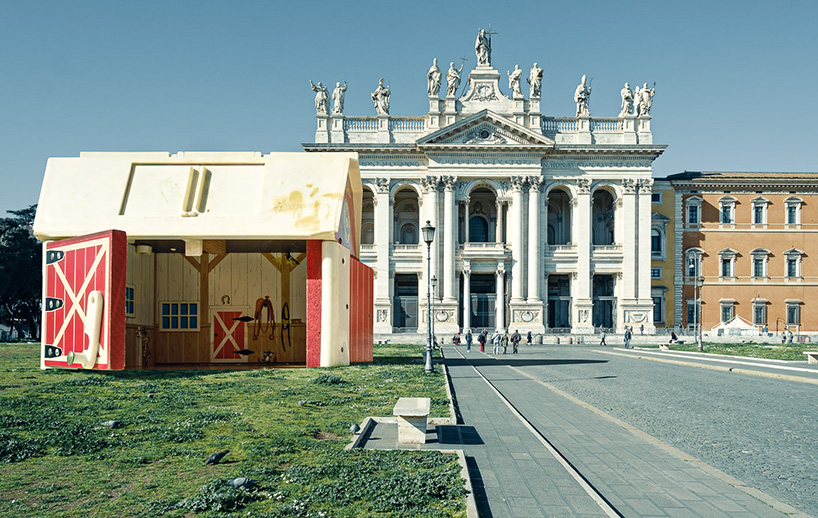 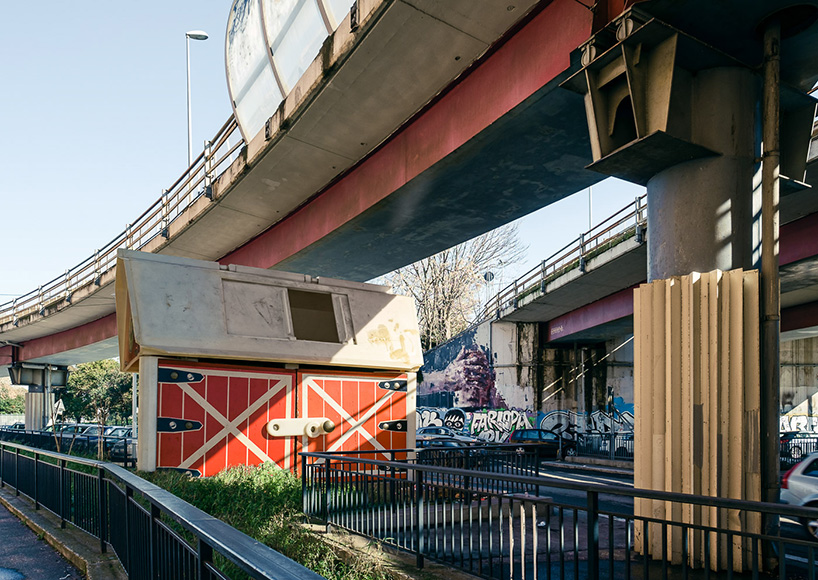 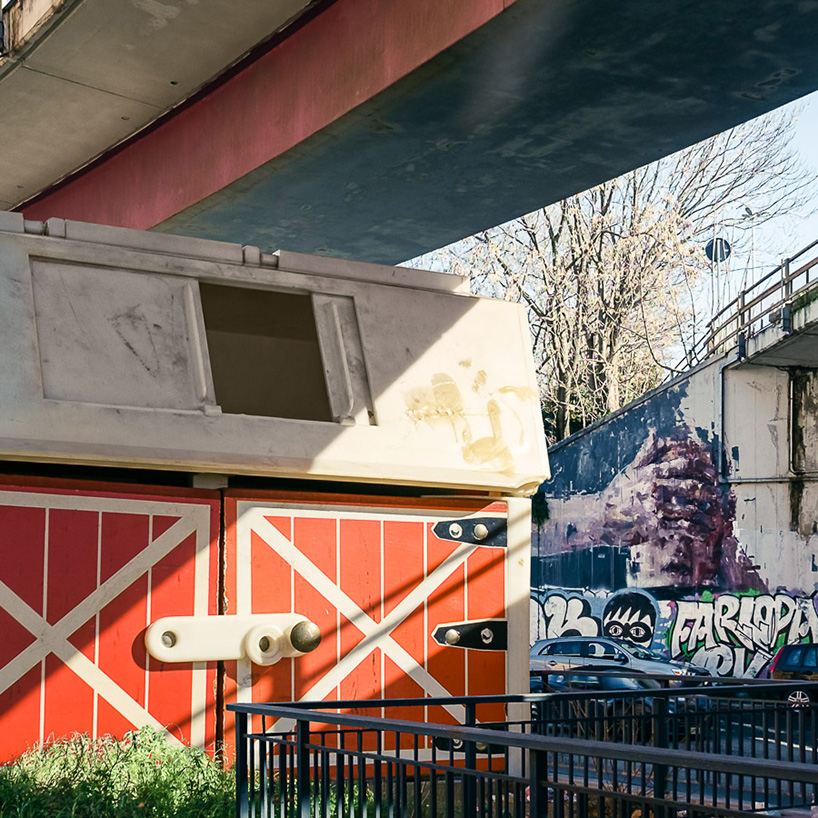 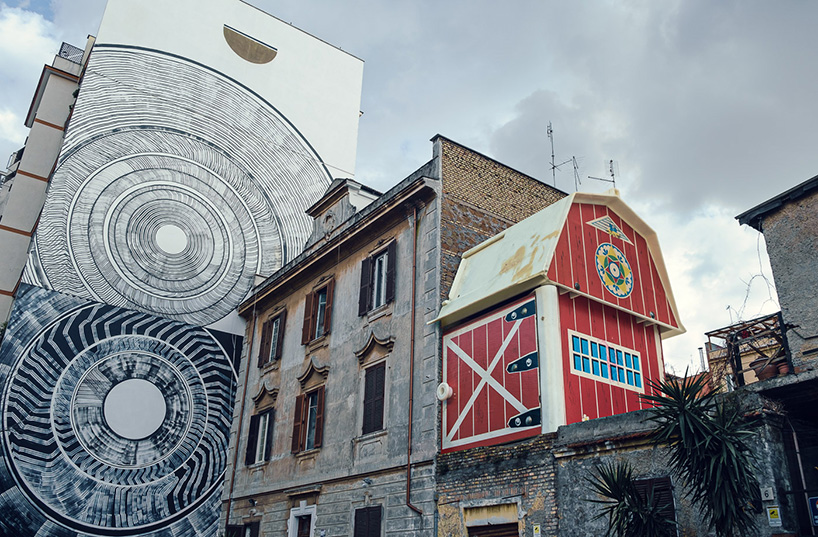 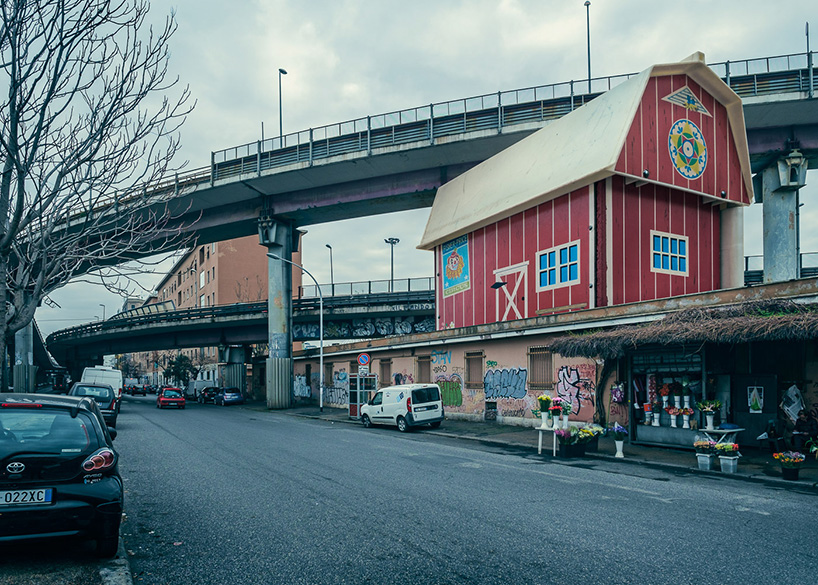 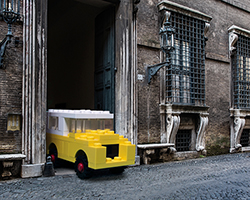