update (10/08/2018): an anonymous artist has dotted several fake donald trump stars on the hollywood walk of fame in response to the US president’s own monument being destroyed last month. 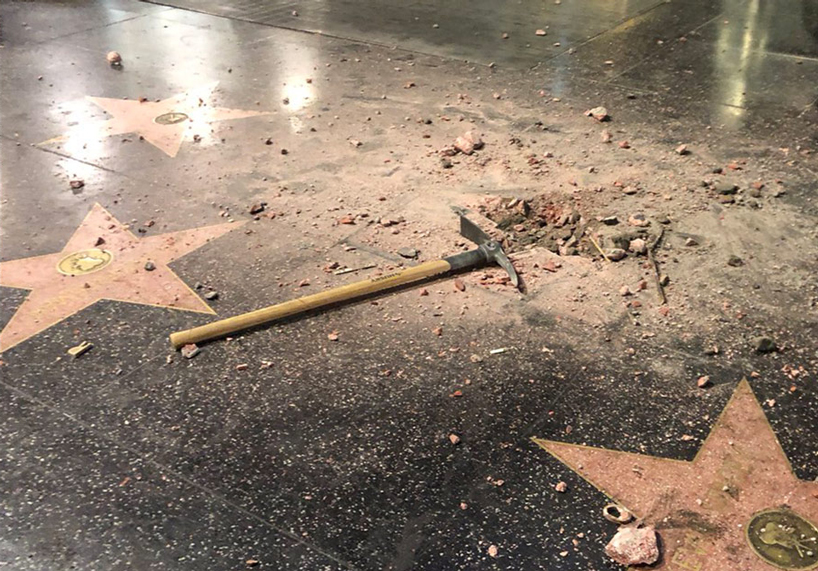 the anonymous artist warned the hollywood reporter, ‘rip up the president’s walk of fame star or try to have it removed — like you’re the mayor of west hollywood or something — and 30 more will pop up.’ a twitter account has since called ‘the faction’ claimed responsibility for the vandalism, warning that more stars would appear if trump’s namesake is removed. ‘take down his star, and we will descend upon you with 30 fresh new stars,‘ the account tweeted. the tweet was accompanied by a video, which showed ‘faction’ members installing the stars.

Take down his star, and we will descend upon you with 30 fresh new stars.

We are MAGA Legion. pic.twitter.com/vsPLW0ohdn

(this article was originally published on july 26th 2018) US president donald trump‘s star on the hollywood walk of fame has been destroyed by someone with a pickax signalling a more violent statement when it comes to anti-trump protest. it’s a symbolic reminder of the amount of art and design we have seen criticising the reality TV star since the 2016 election, one of the few highlights to come out of his presidency. it follows a long line of projects including an inflatable trump chicken in san francisco bay, a giant ice sculpture in antarctica and the guggenheim’s symbolic offering of a golden toilet instead of the white house’s request for a van gogh. 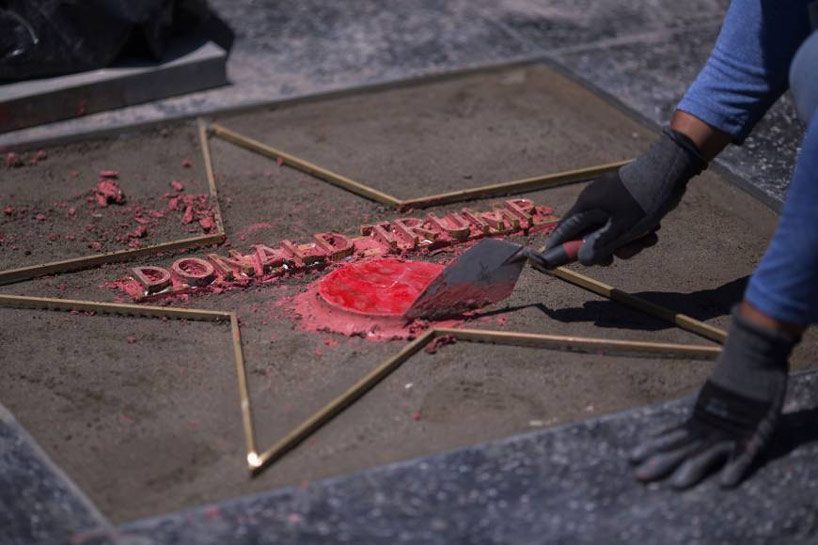 hollywood boulevard set the stage for the most recent act where early on wednesday, according to NBC los angeles reporter jonathan gonzalez, witnesses allegedly saw a man pull a pickax out of a guitar case before using it to destroy the star. the man then called the police to report the incident before fleeing the scene and shortly returning to turn himself in. 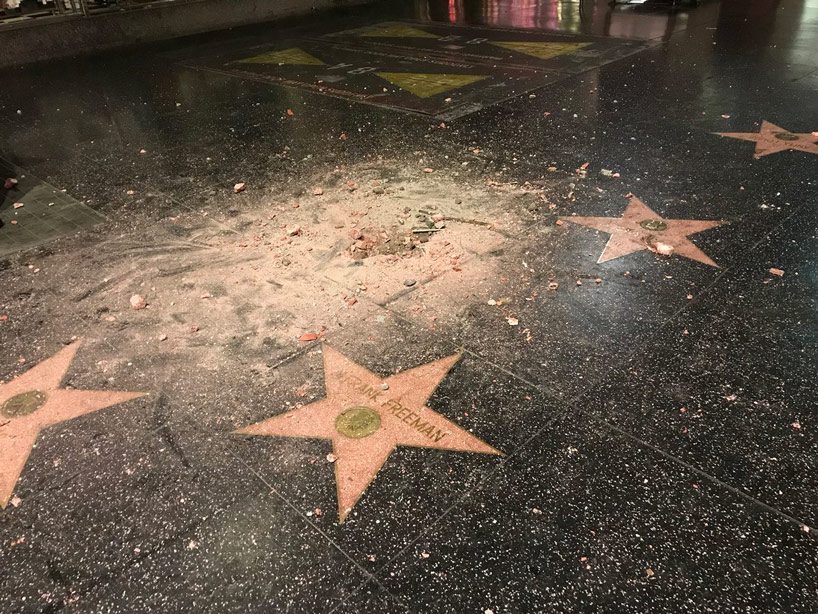 all other images courtesy of jonathan gonzalez / NBCLA

this isn’t the first time that the president’s star has been subject to public expression. two years ago an artist built a six-inch ‘wall’ around the symbol in response to the president’s plans for the mexico-US border. in the same year another pickax-yielding perpetrator made similar efforts to remove the star. at other times, people have smeared ketchup on the star, painted it purple or signed off with their personal graffiti signature. 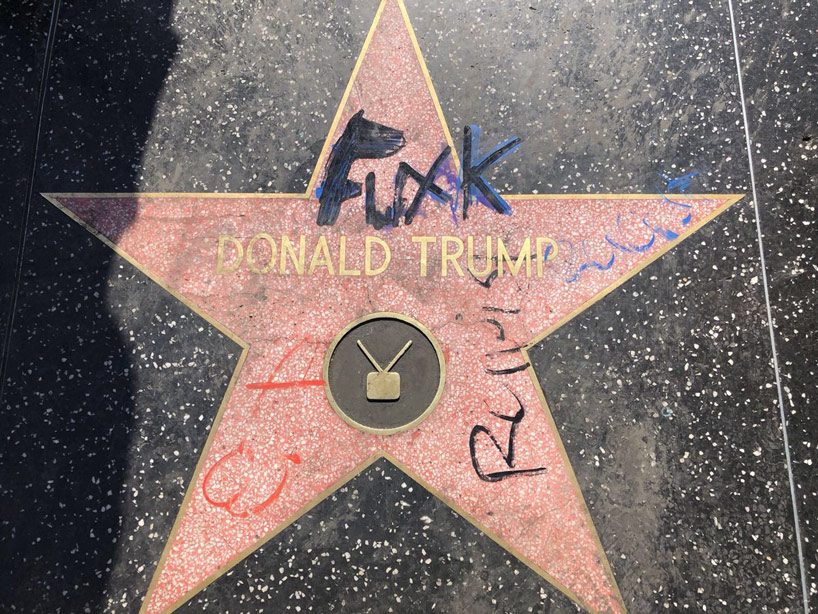 UPDATE: according to the LA times, the man charged with suspicion of felony vandalsim and held on $20,000 bail is a man named austin clay. fortunately, james otis, the original pickax yielder mentioned above came to the rescue, paying his bail in full. the report states that otis wishes to meet clay as soon as he is out.