an installation entitled ‘plegaria muda’ or ‘mute prayer’ by colombian-born sculptor doris salcedo has opened at MAXXI – national museum of XXI century arts in rome, italy. the piece is composed of over one hundred pairs of rectangular wooden tables in which the tops of the two furniture units book-end a mound of earth, from which small blades of grass grow through the gaps between the wooden planks of the upturned table’s surface. the repetitive structures are arranged in such a way that the observer must engage with the work, weaving through ‘plegaria munda’ rather than mindlessly following a set path. the installation serves as a metaphor for the individuals marginalized in all societies sacrificed to senseless violence- a graveyard which both exists as a supportive sentiment for people who have been denied a voice due to poverty while also being a tribute to life, revitalization or resurrection.

the exhibition has been organized, in part, by curator monica trombetta of MAXXI arte while also by isabel carlos, CAM fundação calouste gulbenkian of lisbon, the moderna museet of malmö and produced in partnership with MAXXI and MUAC, the university museum of contemporary art of mexico city, mexico and the pinacoteca do estado of sao paolo, brazil. 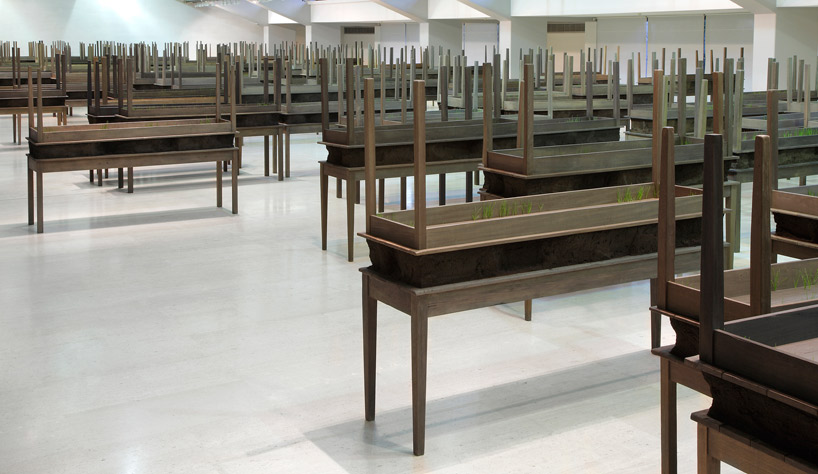 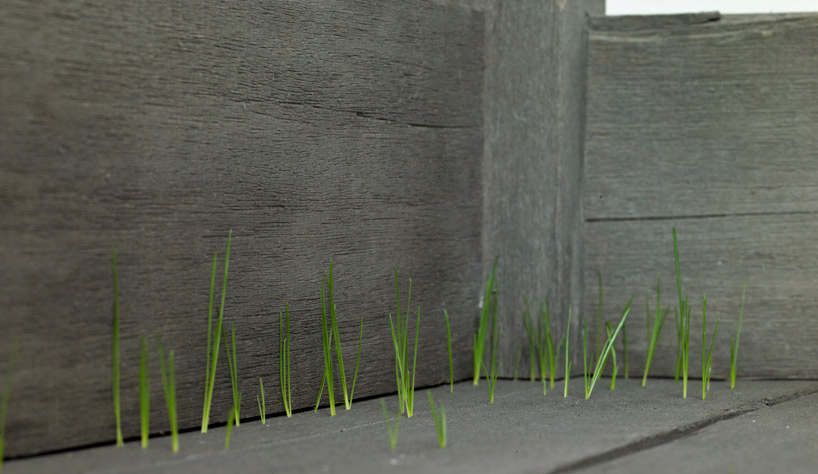 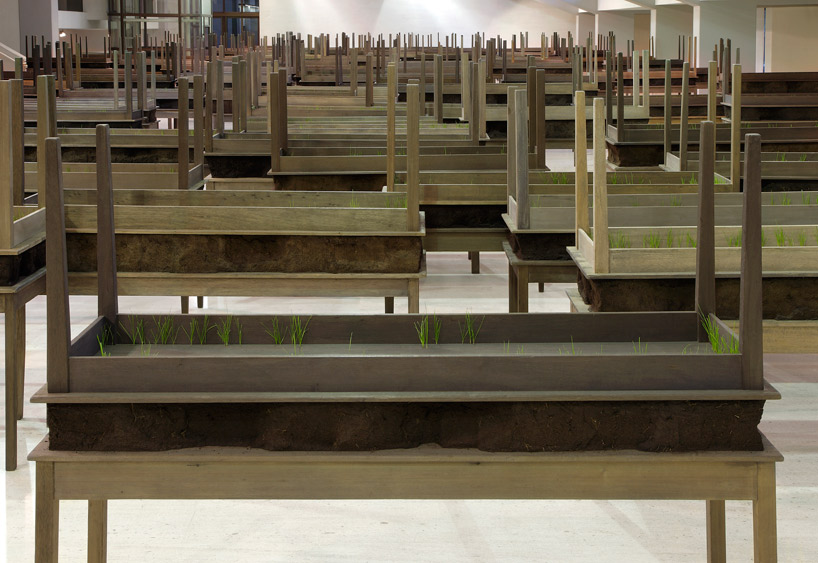 the installation also includes a reading room in which one may find photographs of salcedo’s works, catalogues, monographs, detailed descriptions of her process in order to more thoroughly introduce the public to the artist. 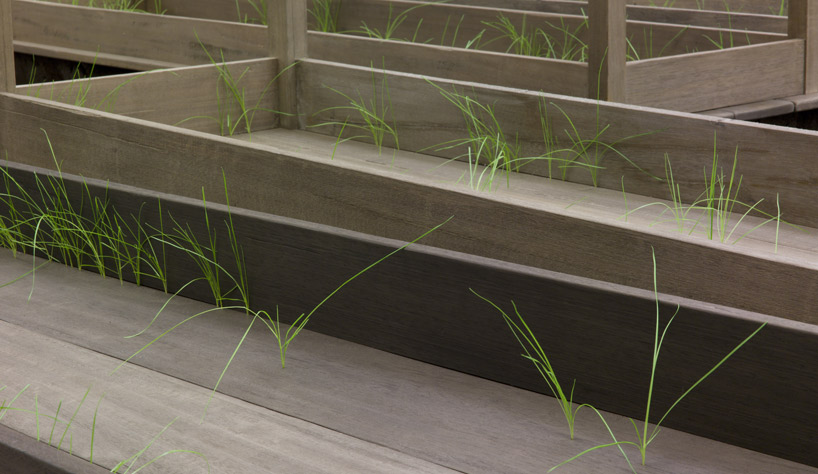 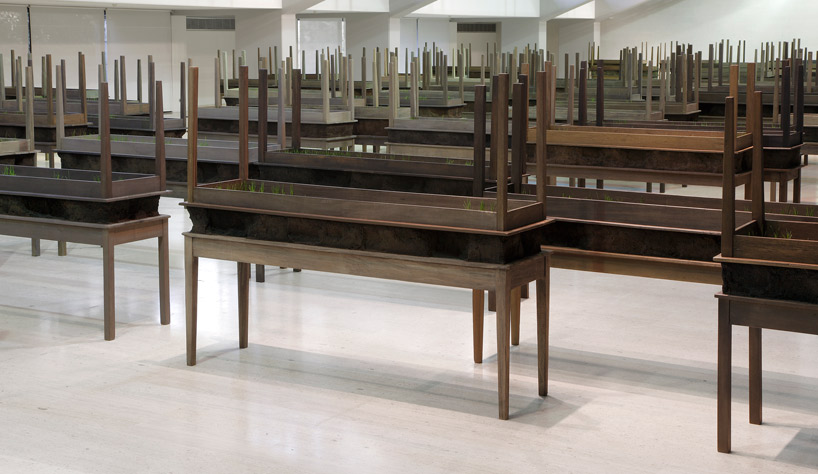 the sculptural work also involves the architecture of the MAXXI, spanning the gallery space in such a way that both the vastness

of the space and the power of salcedo’s work are amplified by their relation to one another. 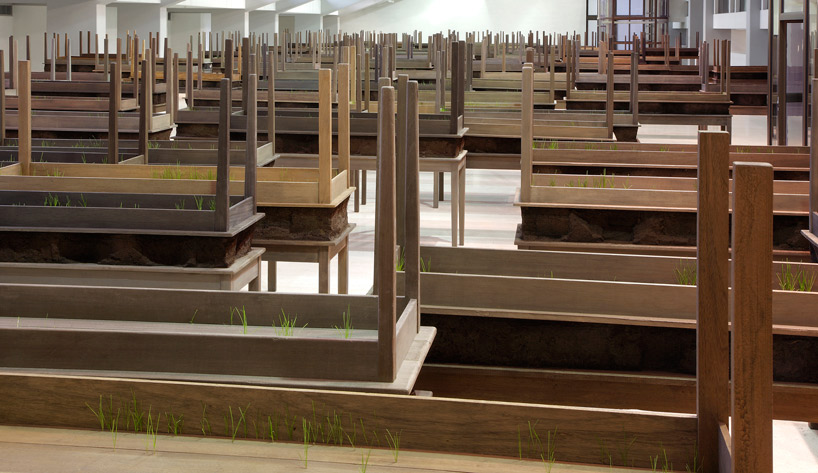 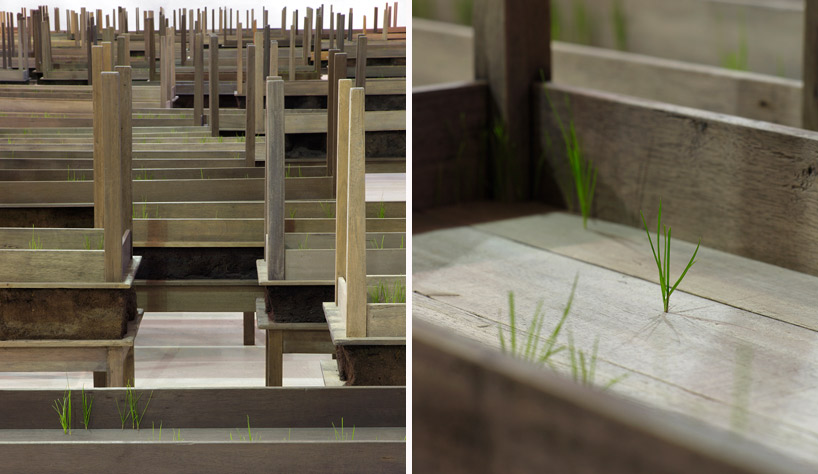 a comprehensive perspective of the installation space 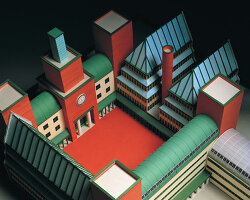 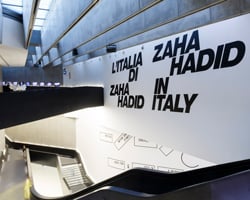