‘casualties of war’ by dorothy all images courtesy dorothy

‘casualties of war’ by manchester-based creative collective dorothy is a series of plastic moulded figurines that illustrates the dark side of war veterans. a direct commentary on a editorial article titled by the same name, the prototypes delineate the often brutal and negative aftereffects of the war, manifesting itself in the form of brawls, beatings, rapes, drunk driving, suicides and more.

the 7cm-high figurines reference the classic toy army soldier model with a pool-shaped base and a similar green finish. featuring figurines in four different scenarios, the series is at once disturbing and honest, showing the reality and the many detrimental influences of war. 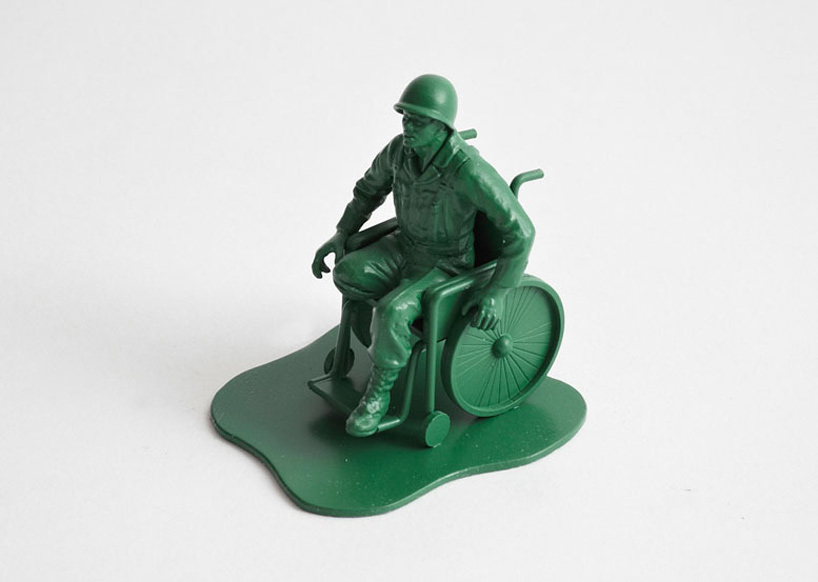 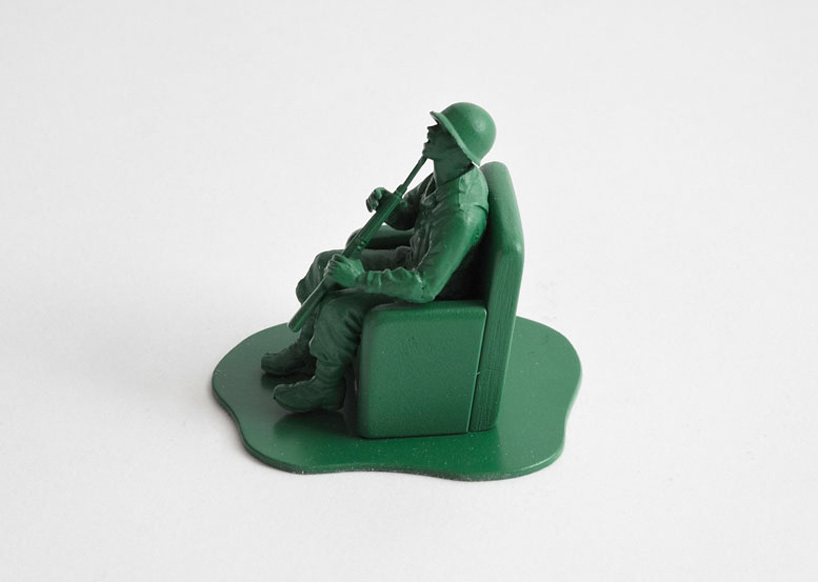 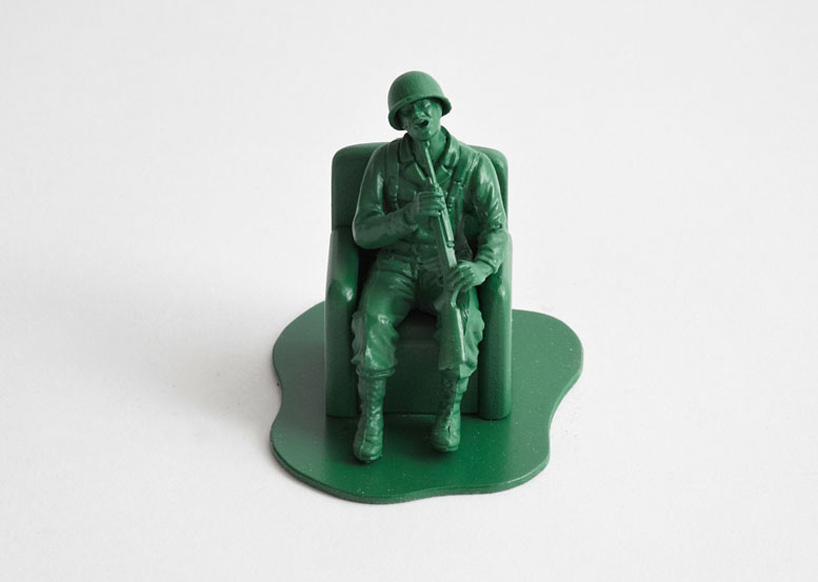 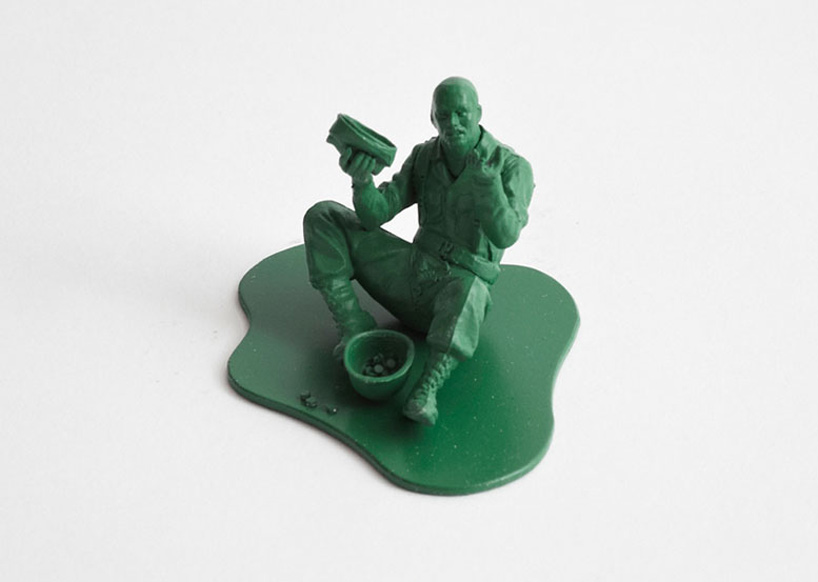 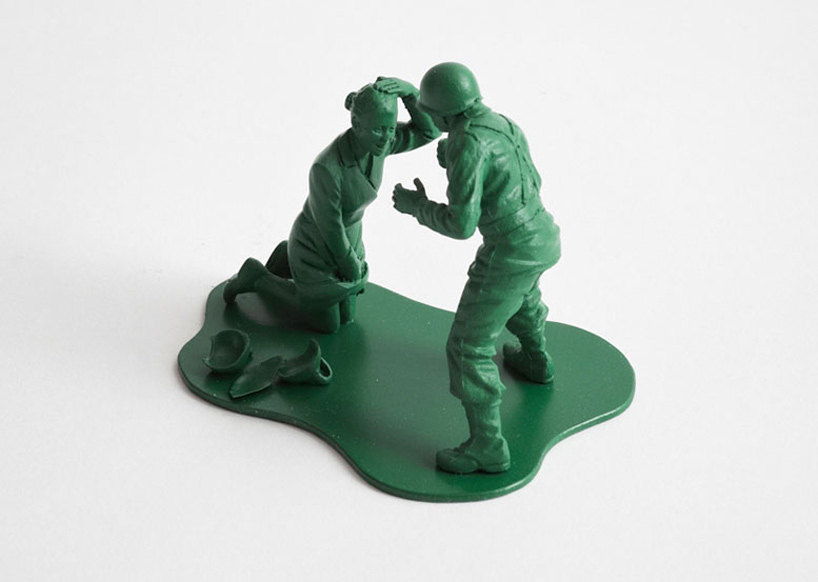 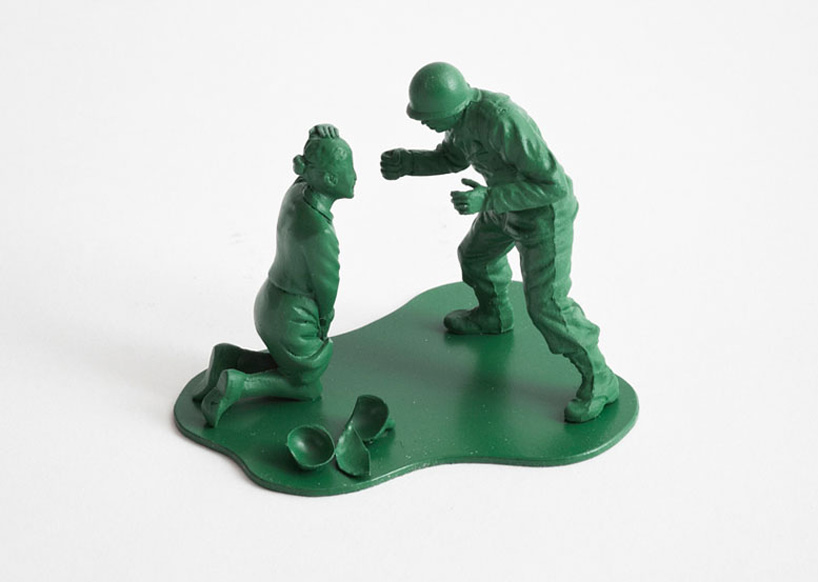