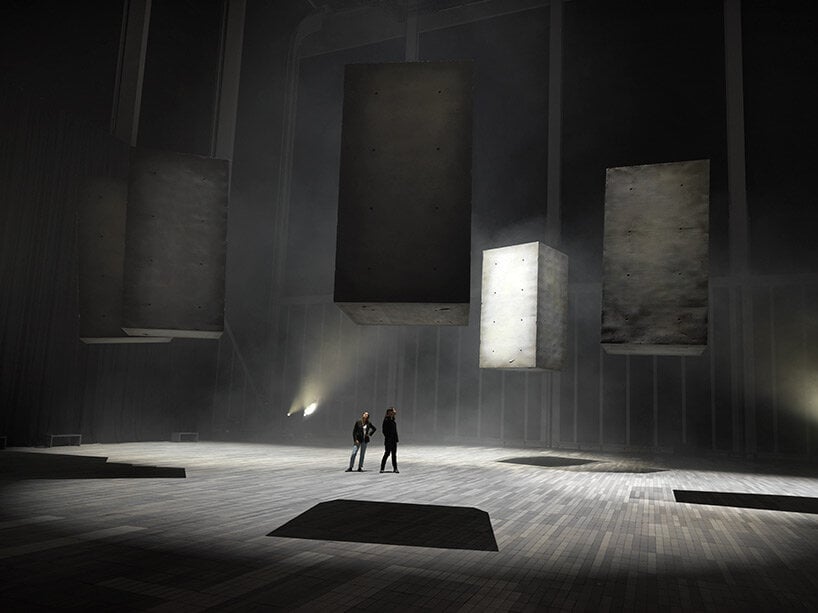 DRIFT (left to right: lonneke gordijn and ralph nauta) with drifters in the shed’s mccourt.

all images by dario lasagni,  courtesy of the shed

an installation of luminous ‘dancing seeds’

this exhibition adds to DRIFT’s practice of creating experiences that encourage a reconnection to our planet and its natural processes, as well as empathy towards anthropomorphic non-living objects. fragile future guides audiences through a series of interlinked installations, exploring the universal search for origin, destination, and connection, as well as the power of giving up control while embracing change.

the experience begins with a radiant installation dubbed ‘coded coincidence’, immersing visitors in multitudes of shimmering lights, whose movements mirror the pattern of elm seeds as they fly through the winds every spring. by highlighting the unexpected paths of these ‘dancing seeds,’ the amsterdam-based studio investigates the beauty of coincidence and its essential role in our natural processes and evolution. the seeds of light give way to ‘ego’ installation, in which a large block of illuminated threads is hanging suspended in mid-air. the block changes shape over time, shifting from a rigid rectangle to a distorted plane, and infusing a typically inanimate object with human qualities and emotions. the display also includes the ‘fragile future’ light sculpture, blending nature and technology to create a critical yet utopian vision of our future planet. 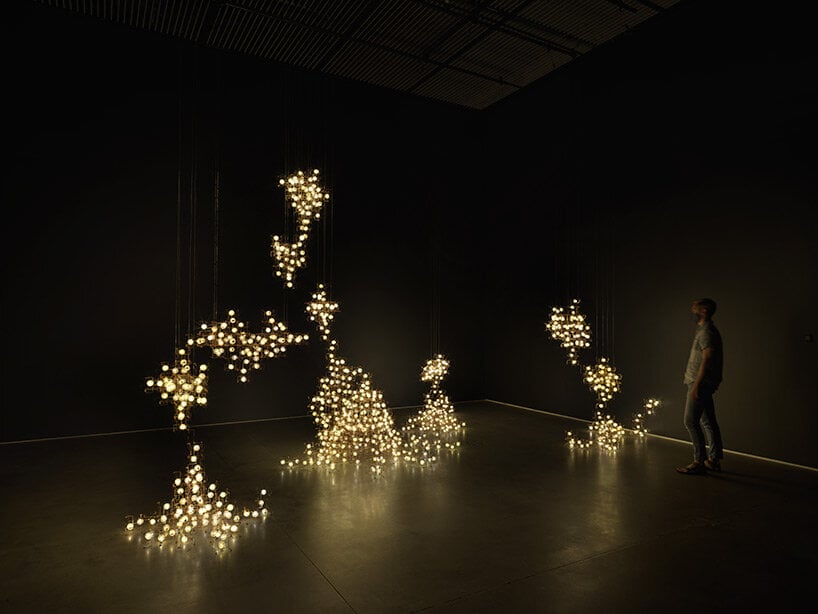 visitors are then ushered to the final act of the installations, ‘drifters’, through a series of multichannel projected films. serving as a portal to another world, the films show a group of concrete blocks that float through both familiar and imagined environments in new york city. traversing both natural and dystopian urban settings, the blocks are looking to find their origin and destination.

‘drifters’ then moves to the physical realm, as an immersive performance of floating monoliths that spans the shed’s four-story-high, 17,000-square-foot mccourt space. in this unique performance activation, the levitating blocks dance in an ethereal atmosphere, in counterpoint with a soundtrack by ANOHNI. 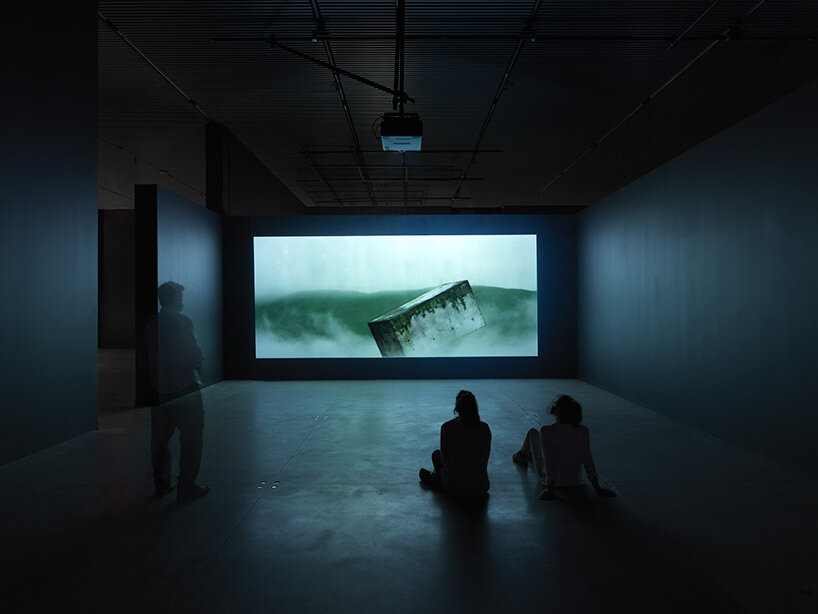 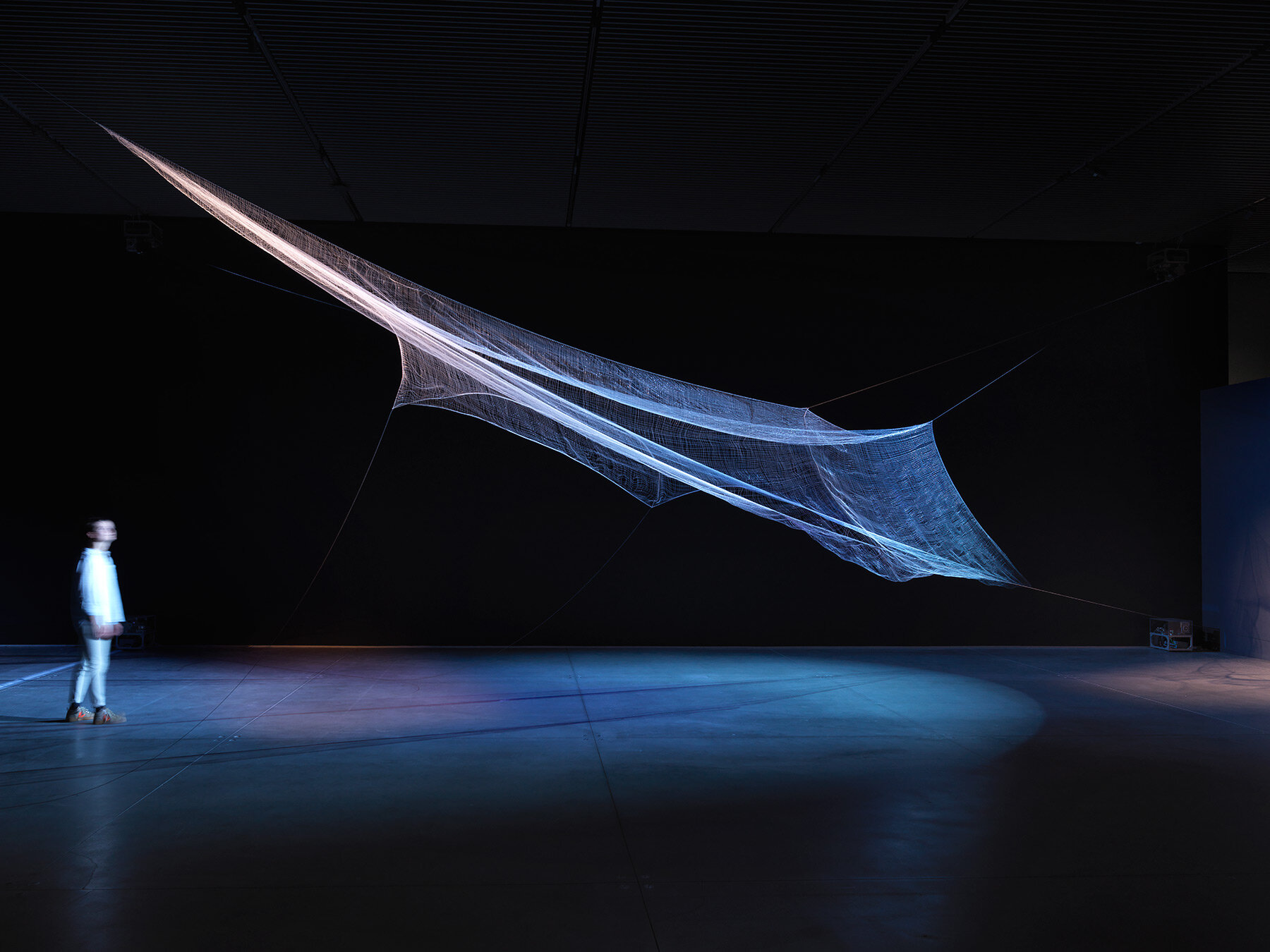 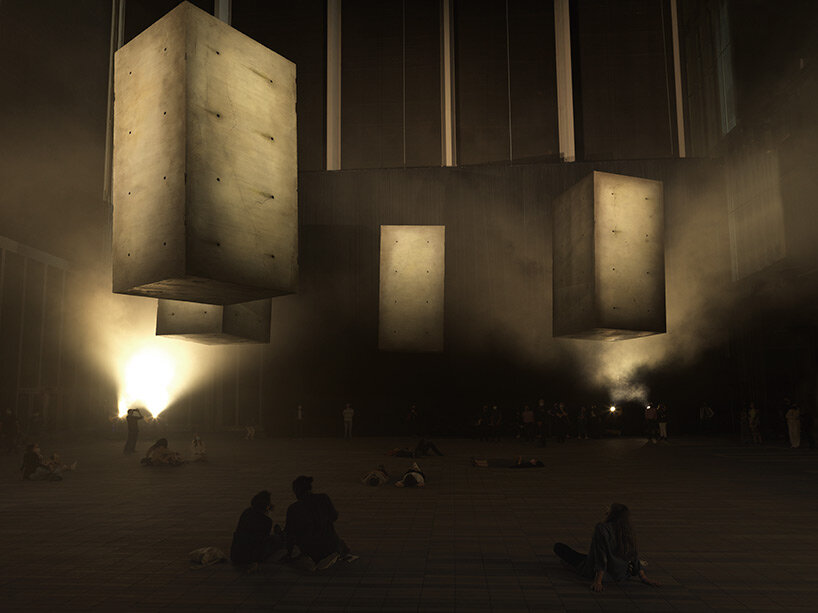 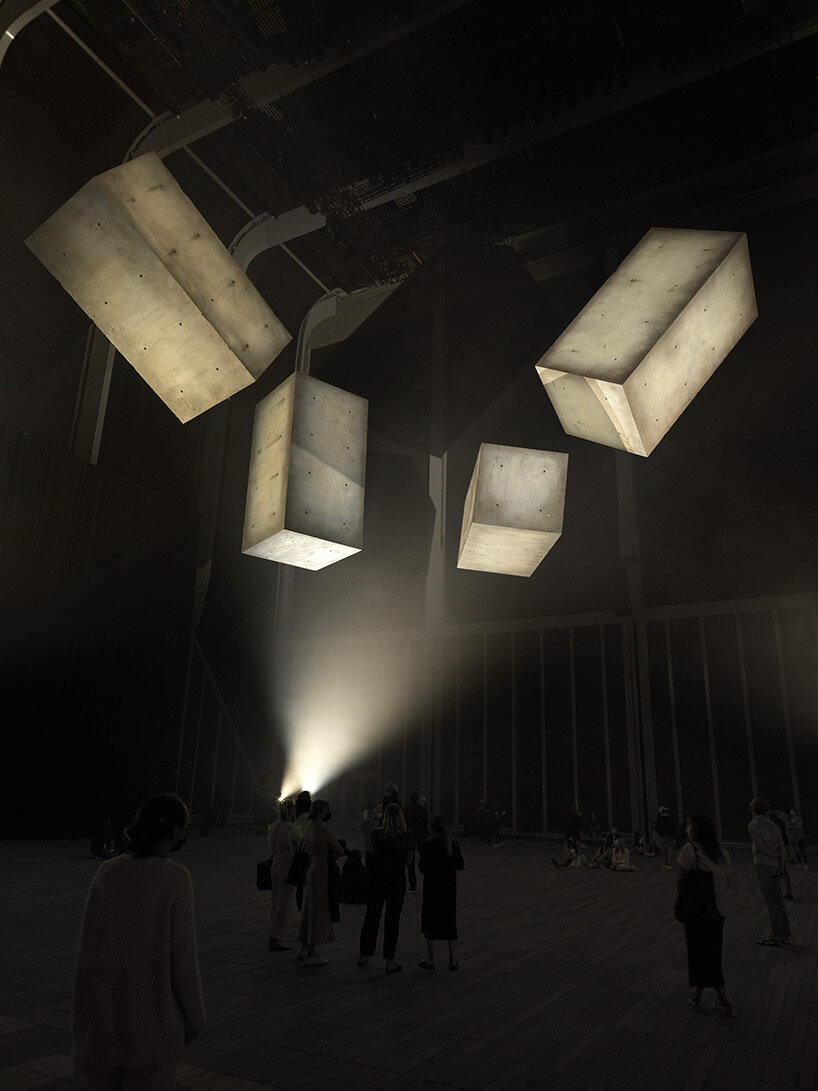