burning man — the 70,000-person annual art event and temporary community in nevada’s black rock desert — has come to an end, concluding in a spectacular burst of flames. while the large-scale sculptural installations and dramatic and theatrical happenings have been documented by both professional and everyday picture-takers, this year’s edition included a new generation of photographers: drones. cinematographer and pilot eric cheng flew his DJI phantom 2 quadcopter over the arid landscape, chronicling the life of ‘burners’ from above. from the device’s height, the masses seem to be tiny ants traveling across the vast built environment, riding bicycles through the dust and gathering for special and significant community art events. watch cheng’s video below and take an aerial tour of this year’s burning man. 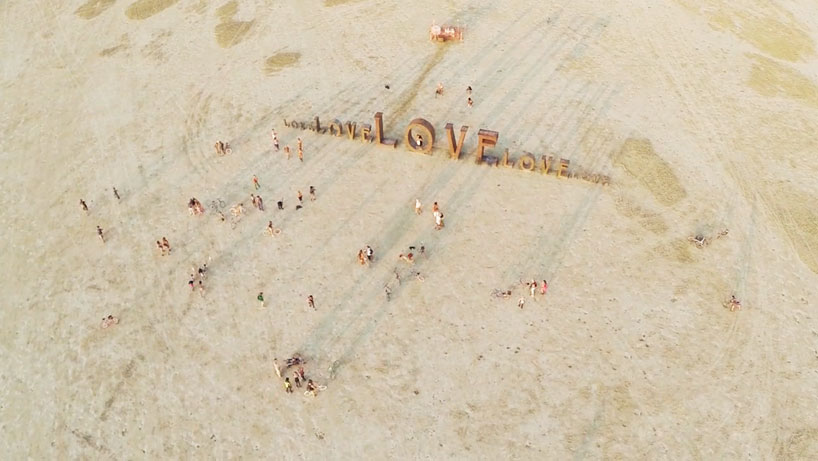 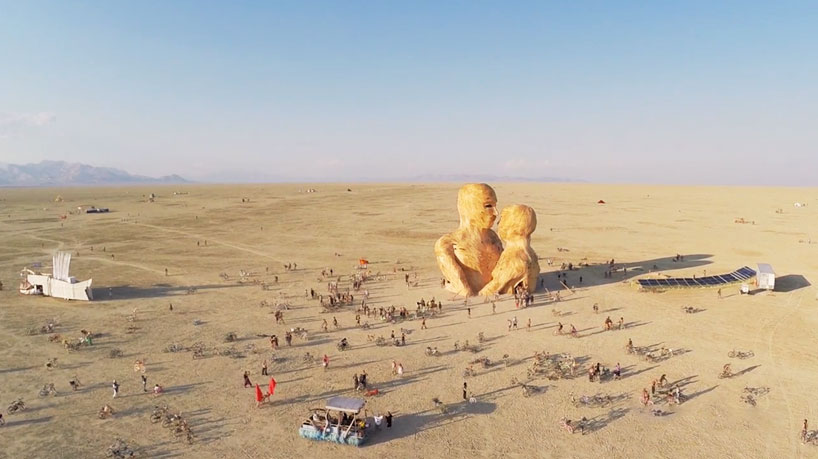 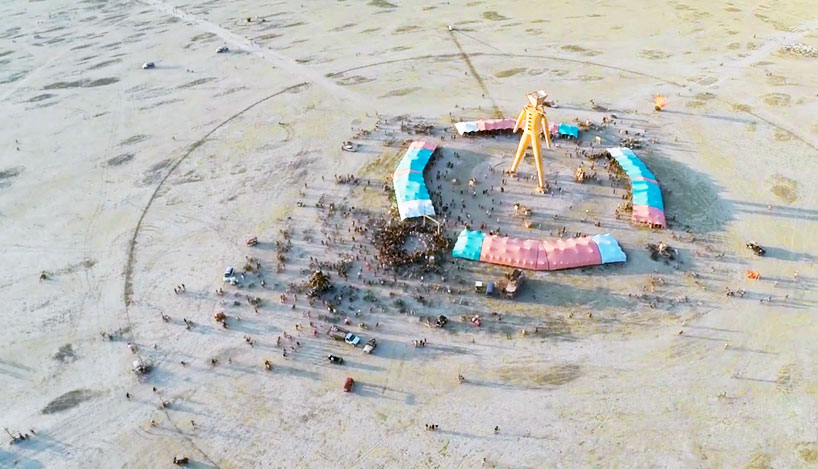 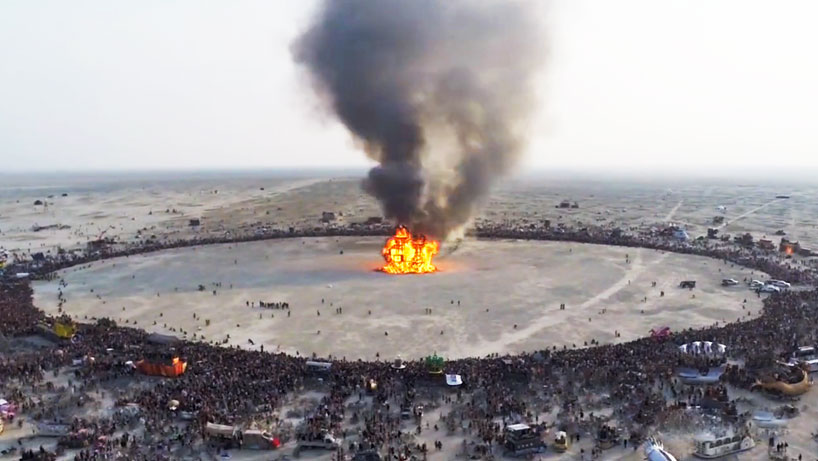 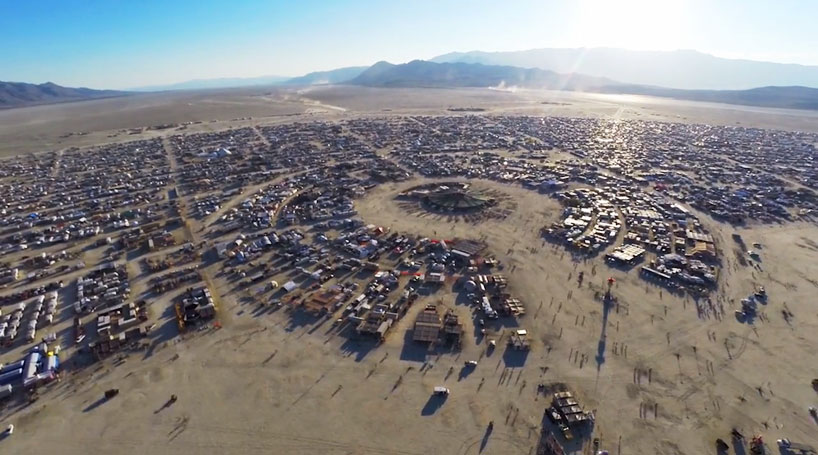